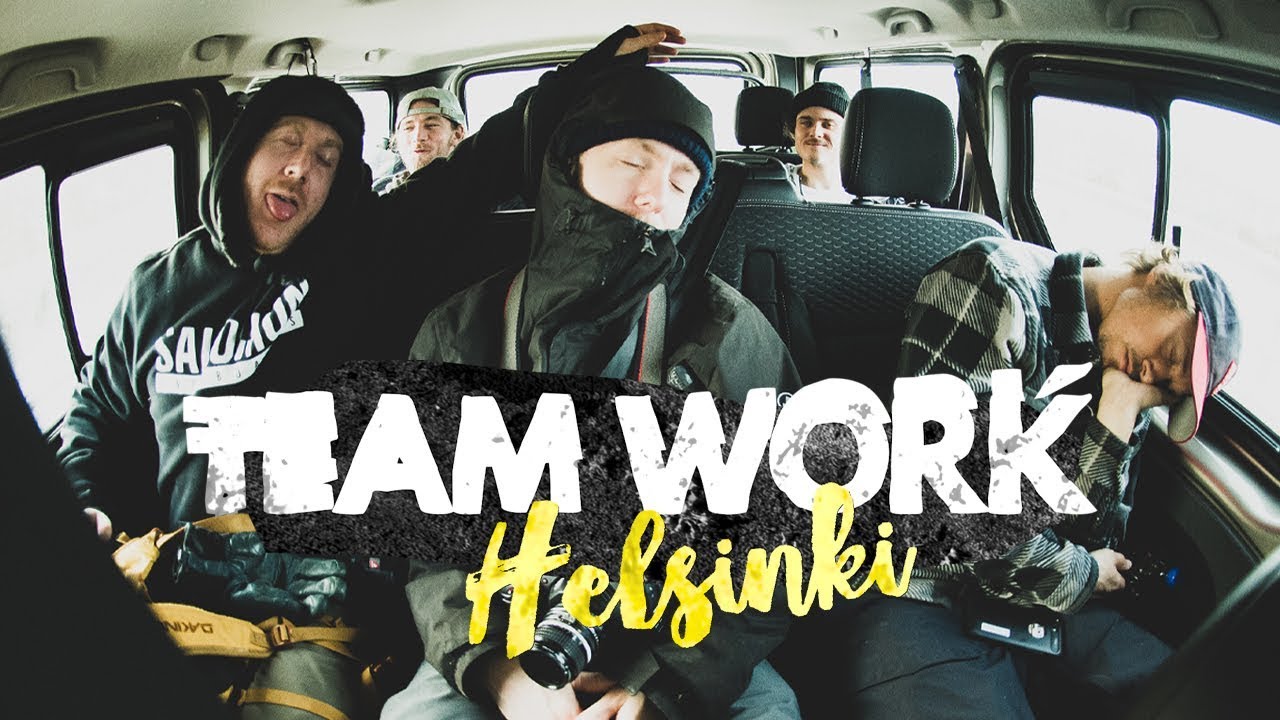 Our friends over at Salomon just dropped another heater, this one from Helsinki. Below is a word from rider Harrison Gordon about “Teamwork: Helsinki” :

“I spent about a month there last winter between filming for the Salomon edit and hanging with Zak for Trash. The Salomon trip was nice and cozy. We AIRBNB’d it so the accommodations were plush, and we were able to cook breaky and dinners. Grendy provided non-stop entertainment as per usual. With Chris and I being the only veteran Salomonites it was cool to hang with Seb and Riley. We’ve all chilled at Mt. hood, but I believe it was our first real trip filming together. Having a sense of humor is a prerequisite here at Salomon, so people who take themselves too seriously don’t get far. Needless to say, it was seamless—Riley and Seb get it. They can both can take a joke and give shit back without missing a beat. They also went ham on their boards the entire time. We had some great cultural experiences on the trip, like purifying ourselves in the frozen Finnish waters and enjoying a nice authentic Sauna with our injured tour guide Toni Kerkela, aka TK1.  If you get the chance, head to Hesburger and get the KAURA-HÄRKÄPAPUHAMPURILAINEN (VEGGIE BURGER)….” – HARRISON GORDON