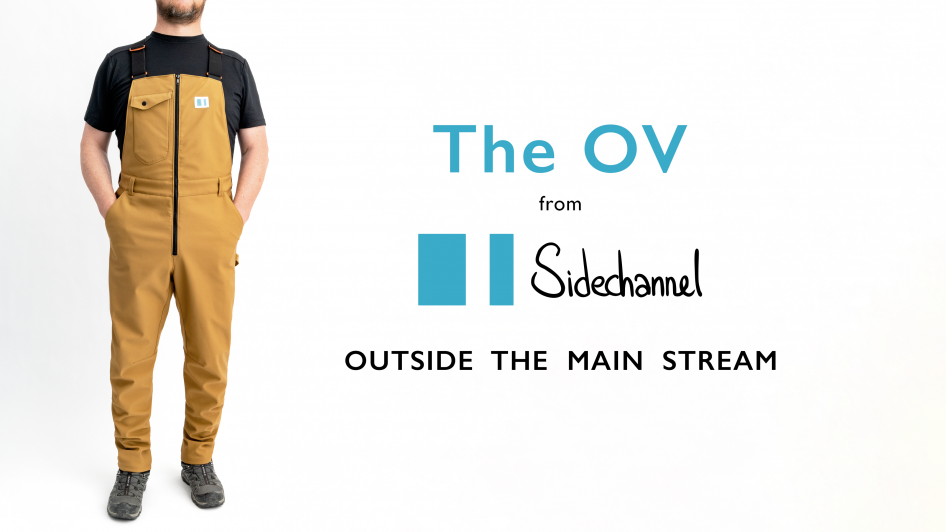 Dano Pendygrasse is a legend in the snowboard industry. From pioneering and documenting the Whistler backcountry scene in the 90s and beyond to shooting with Craig Kelly in his powder focused prime, Dano’s imagery has always inspired. In recent years, Dano shifted his focus to behind the scenes creative. And, recently, he decided to once again carve his own path. With Sidechannel, Dano and Canadian ex-pro Jon Roth are introducing a do-it-all mid layer for boarders, fishers, and general outdoor enthusiasts. Recently, we connected with Dano to learn more about his new, Canadian-made endeavor, which is currently available via Kickstarter. We’re backing it. Are you?

The Snowboarder’s Journal: What is The OV?

Dano Pendygrasse: The OV is a technical mid-layer overall that is meant to keep you warm and comfortable while you’re riding, and still look good as a stand alone piece so when you’re done riding, you can wear it without being that person with shorts over tights.

What does it add to our closet that we don’t already have?

It comes from personal experience. My snowboard layer had an elastic waist band that I didn’t like and I wouldn’t be caught dead wearing them in public. So when we set out to create something to replace that, we landed on an overall that lets air move up and down and doesn’t restrict movement. But we had to do some clever design to make it move freely since regular overalls can be a bit cumbersome. What we discovered was that the OV worked really well for snowboarding and flyfishing since they both utilize an outer layer, but it also was super comfortable and handy for a lot of different outdoor activities. So we spent a long time finding a fabric that would work for as many things as possible. Ultimately it replaces specialized pieces for fishing, snowboarding, outdoor chores, and everyday life. It’s made to take on more jobs so we actually purchase and consume less goods. 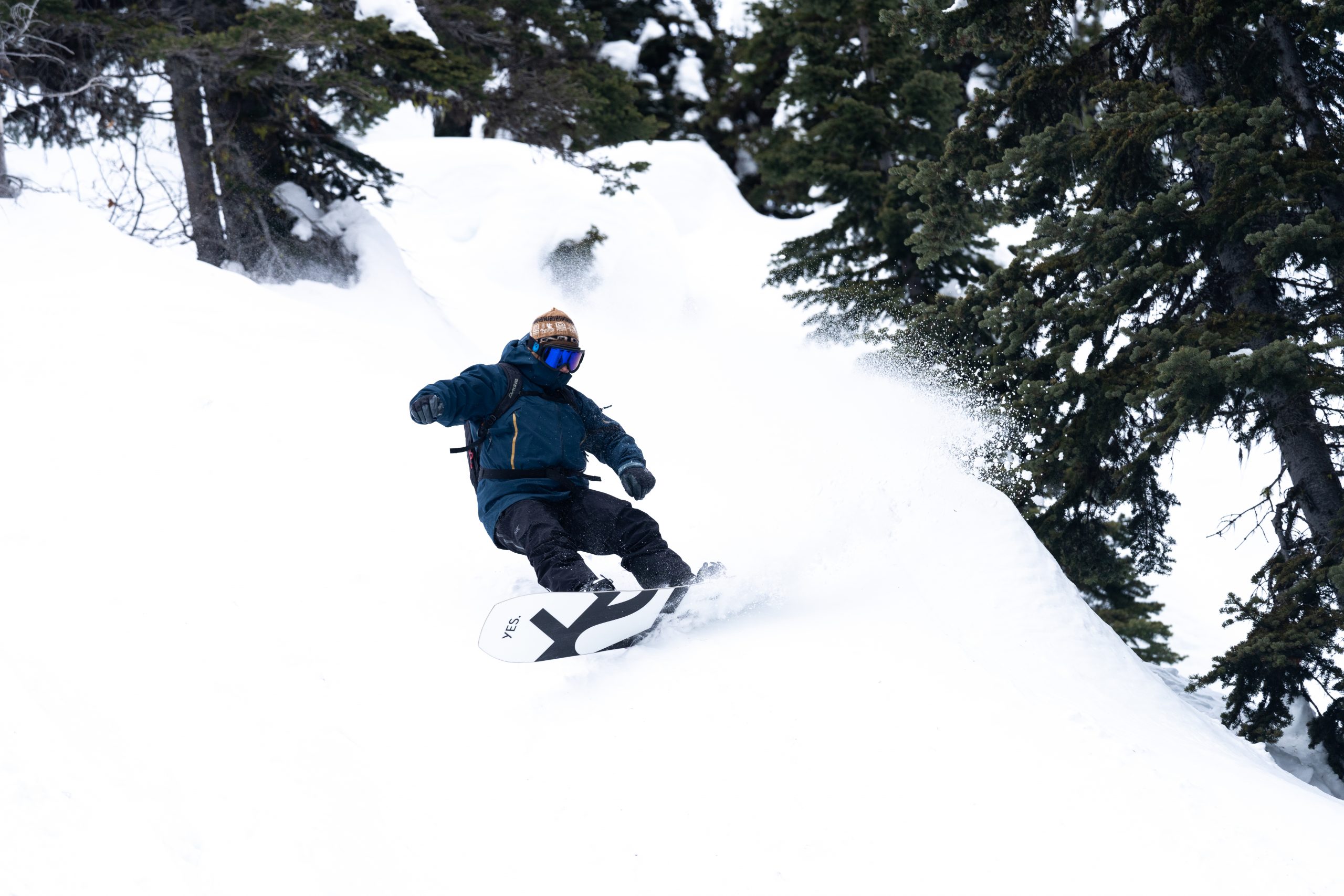 Can you tell me about your production process? You’re made in Canada, right?

That’s right. It’s been a difficult journey, domestic manufacturing is expensive and it’s not easy to find factories that will take on projects like ours. It’s important to us though. We want to develop personal relationships with the people we work with. To be able to see them on short notice, without flying overseas, and in the COVID era, supporting small, local business is crucial to making it through. These factories aren’t part of some massive global network, they are people from backgrounds just like us, living in the same community. It would be a lot cheaper to make offshore, but we believe there is a movement towards domestic production and we want to be a part of that. Even as we prepare for production on the OV, we’re in talks with domestic fabric mills and trim suppliers to try to bring more of the process home.

How about the testing process—why should we trust this product?

In some ways we’re really lucky, COVID pushed timelines back and gave us more time to refine our design. I’ve been testing prototypes for over a year and we have several people who have been using and abusing samples and giving us feedback. I was in it the OV one of the last weeks at Baldface Lodge before they had to close, and at the same time I was fishing rivers in it. I know my way around the mountain and the river and have strong opinions about what will work, but it’s important to have those other guys, guides, outdoorsmen and women, people who spend 200 days a year outside, sending feedback. We spent a fair amount of time up at Skeena Spey this fall and those folks have been really helpful. 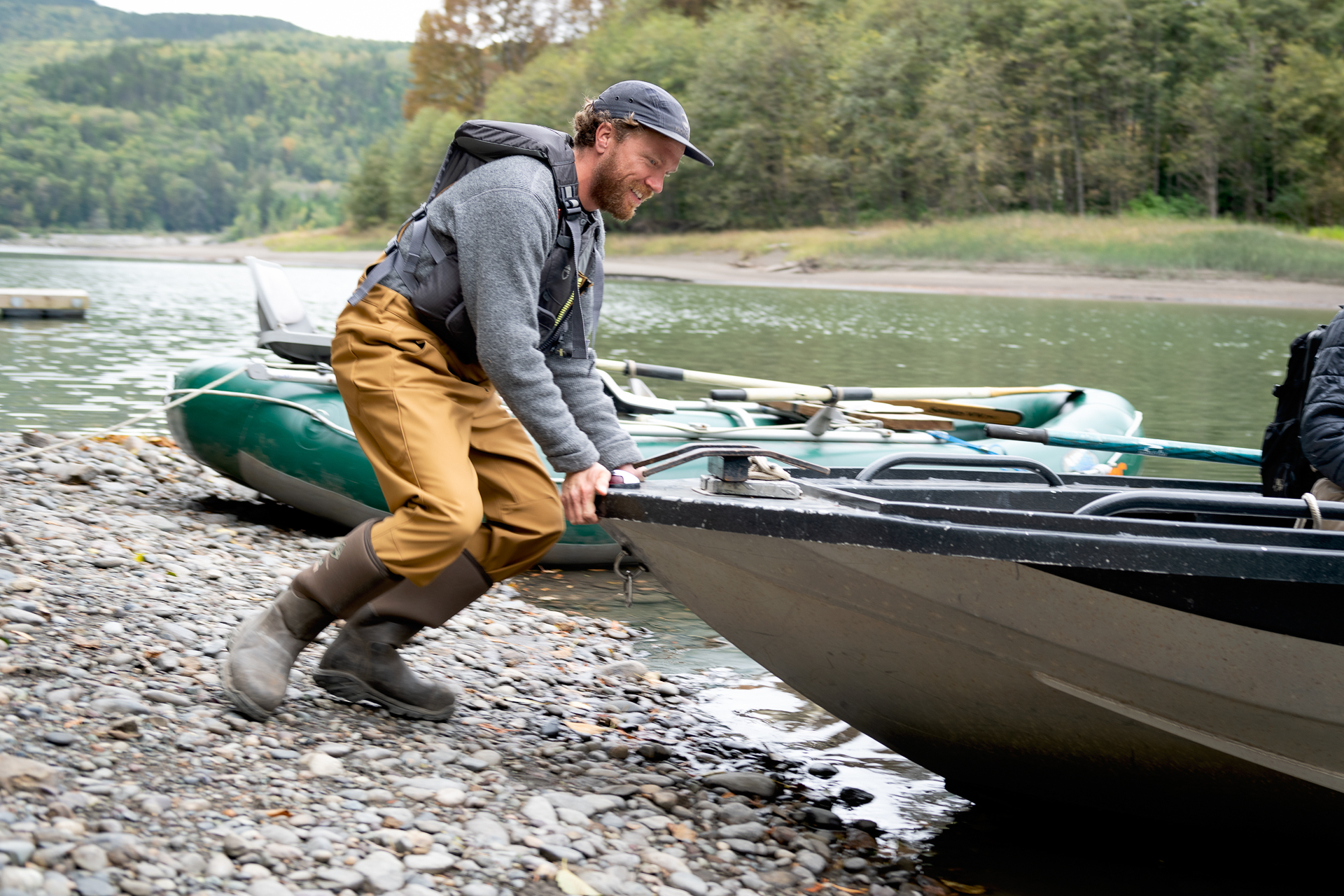 You left a pretty good job to pursue this company, correct?

I didn’t leave Arc’teryx to do this, but I certainly got my passion for apparel design from my time there. I was lucky to have long conversations with designers who have a kind of design knowledge and insight that is rare. And I met the designers who created the OV while we all worked there too. I’m lucky to have built that network, people have been really generous with their advice.

Why did you decide to do this?

I had a health scare and had lost my brother to cancer not long before. It made me take a hard look at my life and decide what I wanted the rest of it to look like. I had some ideas rattling around and then I had lunch with my wife Kim and Jon Roth one day and he listened, said “ya, I’m in”, and it pushed me off the fence. The goal, from that day forward, was to build a company that forced us to make content in places we love and work with people we love. I’ve snowboarded and fished more since that day than I did in the decade before, so it’s working. 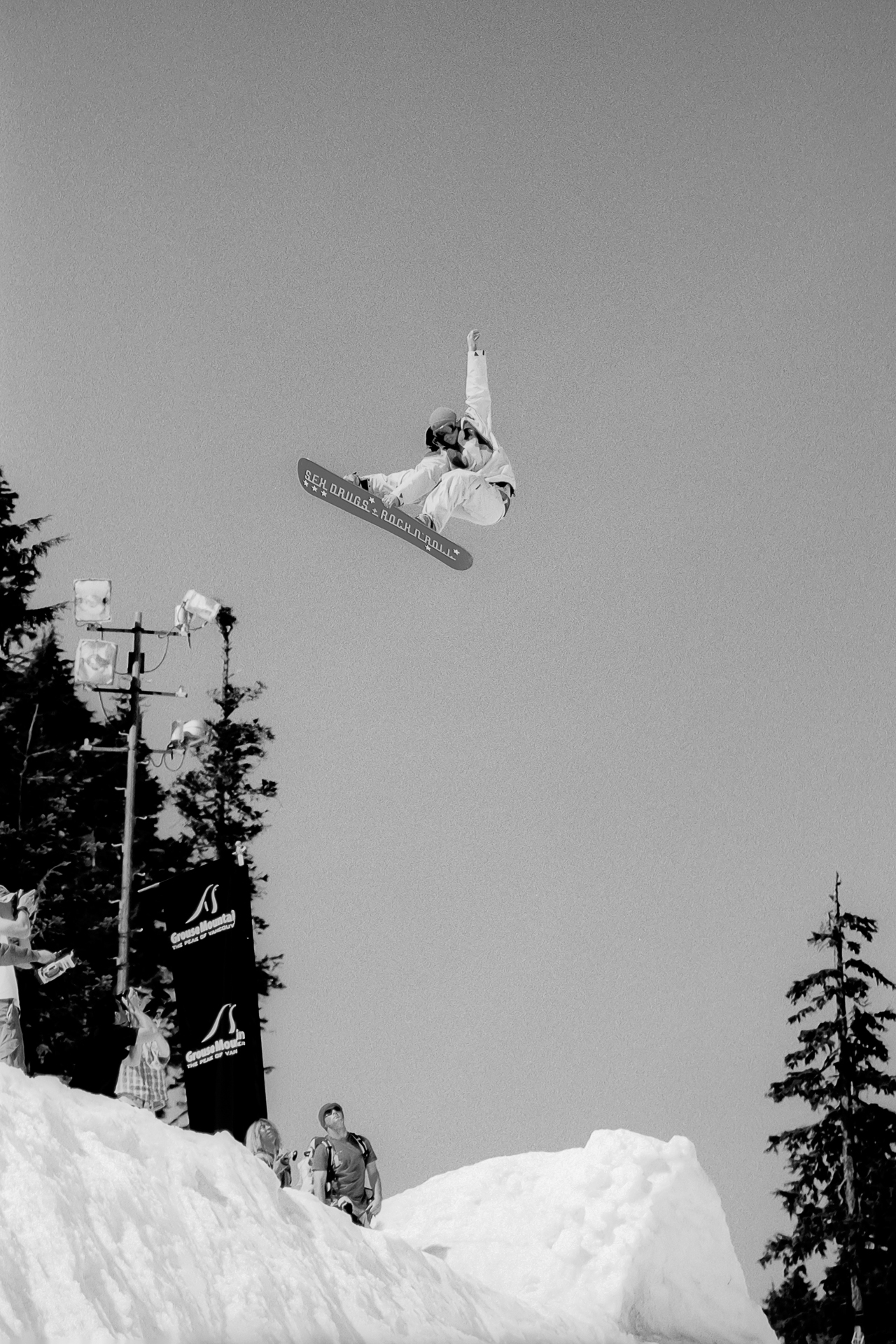 Where can people get it?

We’re in pre-sale on Kickstarter right now, and the campaign ends on November 19th. After that the web store opens and we go into production for a March delivery.

What are your future plans for the brand?

We have a plans for iterations of the OV, different weights and materials, and to add products to the line that follow the same philosophy: less stuff that works for more things and lasts a long time. Our goal for the brand is to be genuine and useful, to make ethical decisions, and that we can work on until we can’t work anymore. Too many people are interested in huge growth and “build to sell.” That isn’t appealing at all. I want to make a brand that I’m proud of, that people are proud to work on, and to make things that people are proud to own. 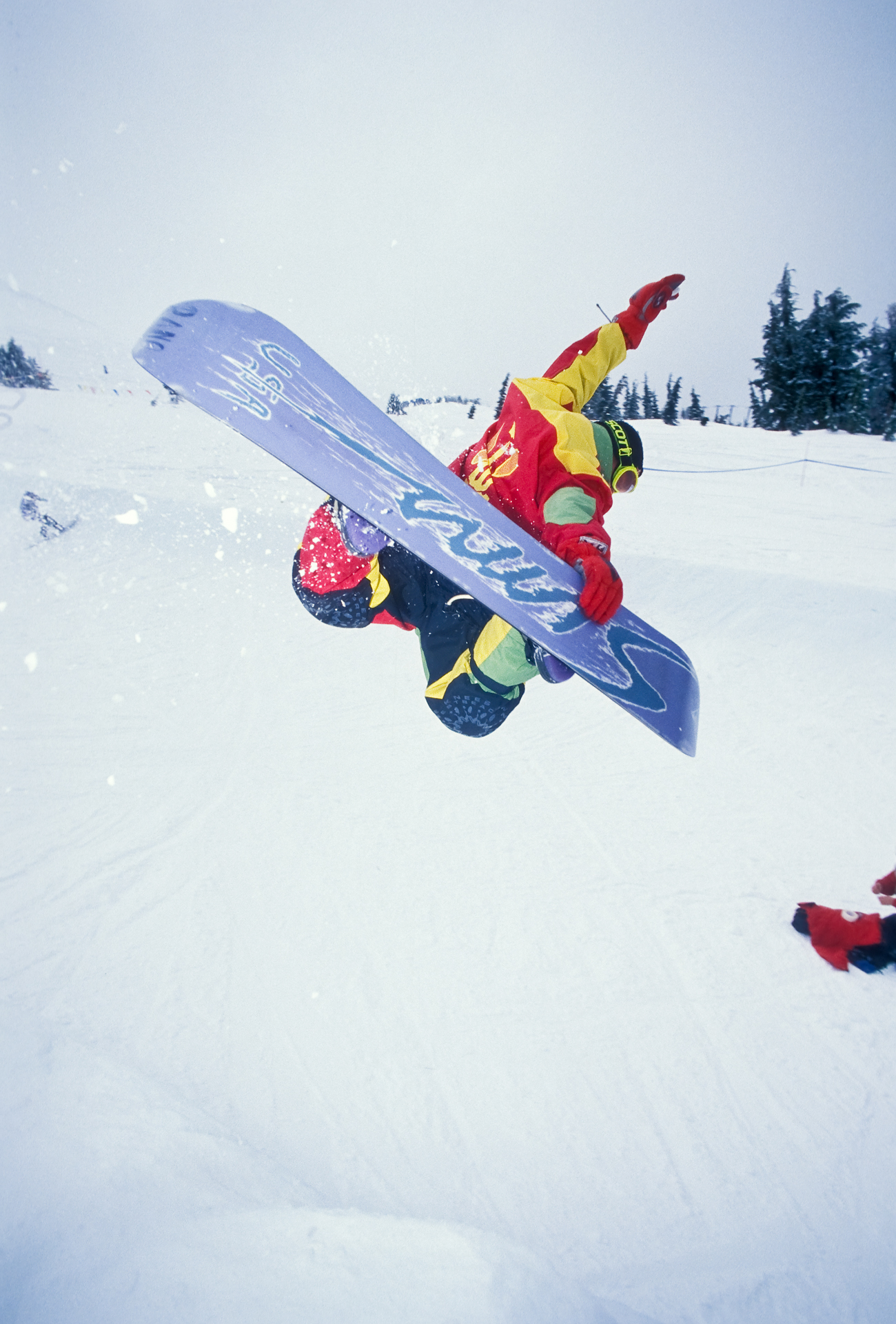 I’m at a point in my life when I can really appreciate the snowboarding community in a way that I maybe didn’t in my 20s. Snowboarding really attracted a unique bunch of people, and to see where they have ended up, and how they have made positive impacts on many different industries, is really inspiring. So I guess just: thanks snowboarding.

Ed Note: We didn’t get paid to do this. We just love Dano and believe in him. We encourage you to consider supporting snowboarders who are in it for life. Get your OV at Kickstarter now and learn more at sidechannel.ca.