Isn’t it funny how some of the best adventures start with the lowest expectations? Those trips in which everything goes better than could have been imagined, as if divine intervention had willed good fortune your way. Well, our recent annual trip to Washington’s Mission Ridge Ski & Board Resort was kind of the opposite of that. The crew consisted of Eythan Frost, Robbie Hutton, filmer Grady Haskell and me on the photo front. We normally only ever luck out at Mission Ridge. Upon arriving at the mountain, we made our way straight to the terrain park with big plans. The park looked proper, which riled us up more. Although soon into the session, Eythan uncharacteristically taco’d a rail. Robbie followed him up a few runs later by smacking his head on the ground due to a gap-to-nosepress gone awry. Their falls thwarted the kind of video edit and subsequent photos we originally had in mind, but we weren’t about it ruin our weekend altogether. 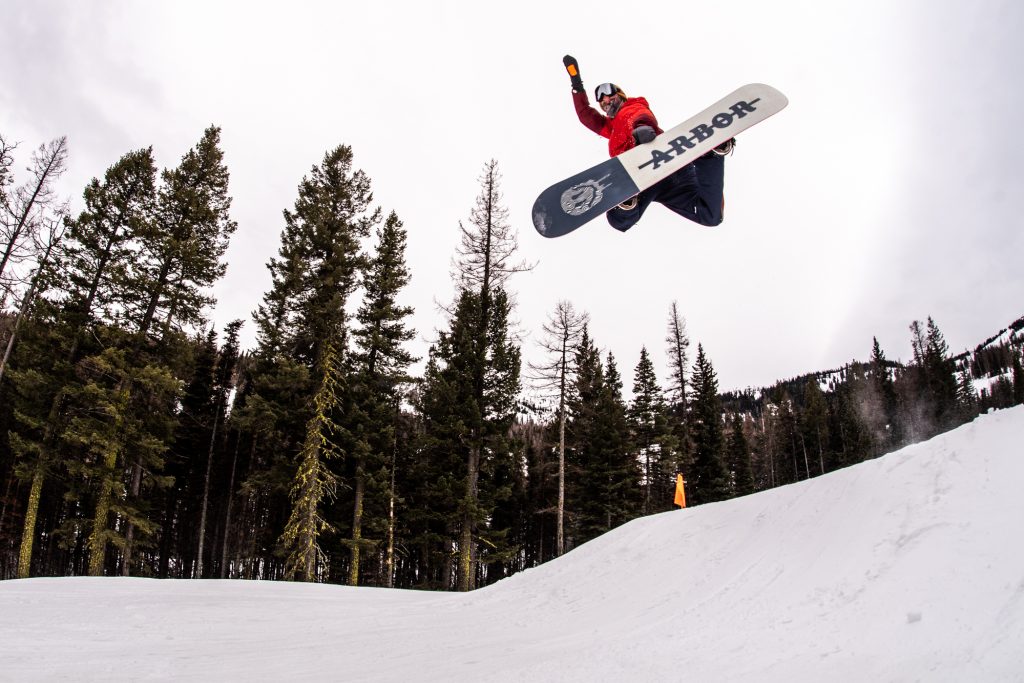 ABOVE Robbie Hutton tweaking one out on the jump in Mission Ridge’s 100 Laps Park. Photo: Ben Shanks Kindlon 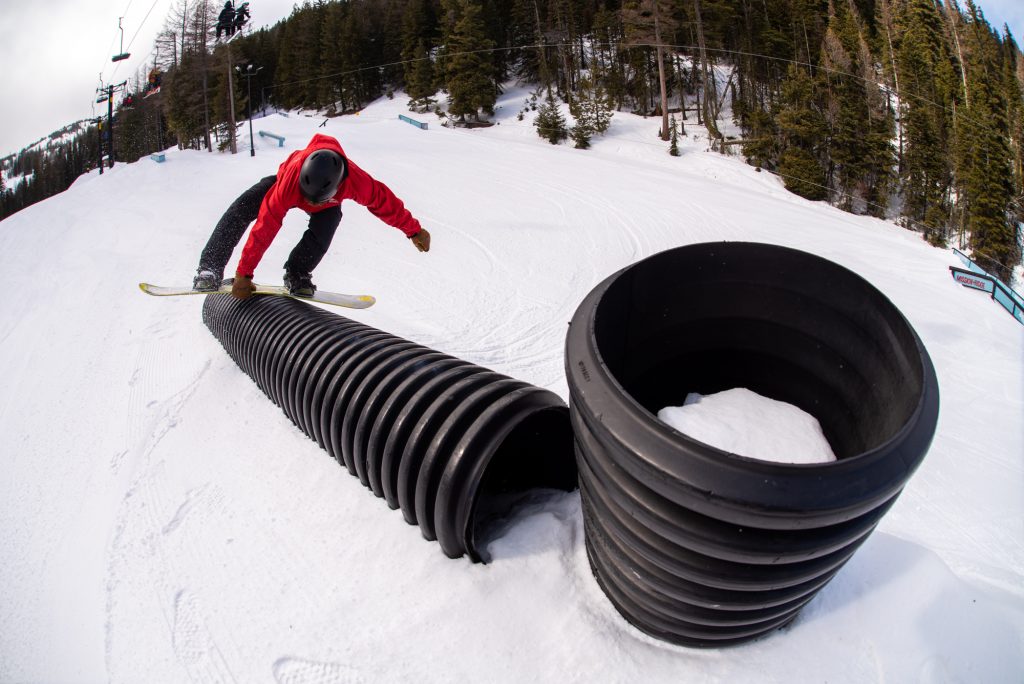 ABOVE Grady Haskell getting jibby on the corrugated tubes in the 100 Laps Park. Photo: Ben Shanks Kindlon

We retrained our sights from progression and productivity to focusing on fun, letting our mission to Mission become more of a homies trip than a work one. With his ribs too hurt to keep riding Eythan transitioned from being in front of the lens to behind it, vise-versa for Grady and myself. The 100 Laps Park was firing and we’d waited all season to ride features serviced by a rope tow. Grady and I stomped what we could and laughed at the blatant reminder of why we’re both cameramen instead of sponsored riders ourselves. Our crew lapped till close and, it being late March, enjoyed ourselves in the still sunny parking lot once the lifts stopped spinning. We made the easy 30-minute trek back to our hotel in Wenatchee, sipped some cider and made our way over to the new Hale Skatepark to watch the locals session its apple shaped bowl and inviting street section. By the next morning Eythan and Robbie were both in too much pain to ride, so Grady and I decided we’d go soul shred. 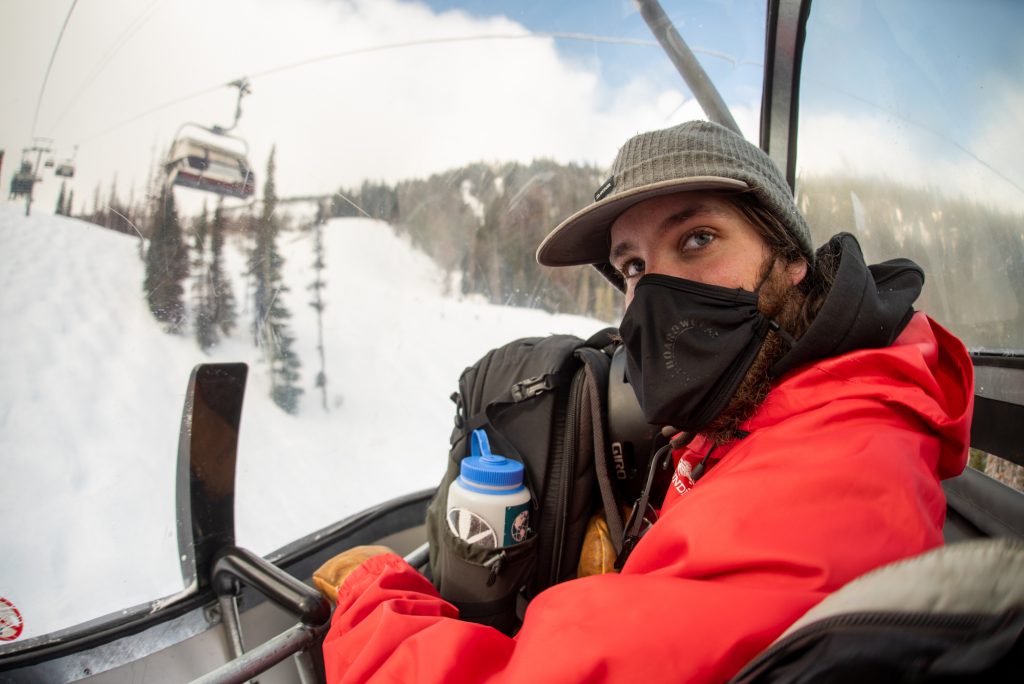 ABOVE Grady Haskell feeling comfy and happily protected from whipping winds on the new bubble lift at Mission Ridge. Mission Ridge’s bubble lift is the first of its kind in Washington State. Photo: Ben Shanks Kindlon

ABOVE Another look at the new bubble lift, as seen from the trail beneath it. Photo: Ben Shanks Kindlon

Yesterday on Instagram I came across a meme that read along the lines of, “I’m trying to act casual in front of the printer, because I don’t want it to realize that this is time sensitive.” It reminded me of this year’s trip to Mission Ridge. Is there a correlation between our over-pouring levels of excitement and things not going to plan? Was it our hungry eyes in the appetizing terrain park that led to chips in our teeth, or was it all merely coincidence? Hard telling. Either way, we’ll be back for more. Next time we just might try to keep our expectations a little lower or, at the very least, we’ll try to convince the park of such. 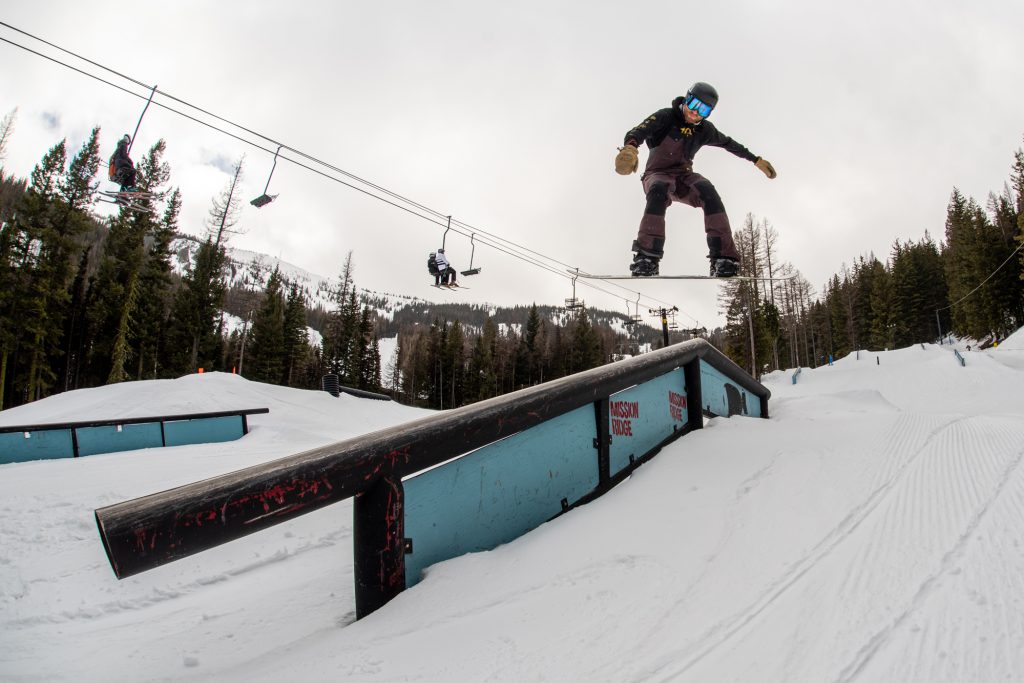 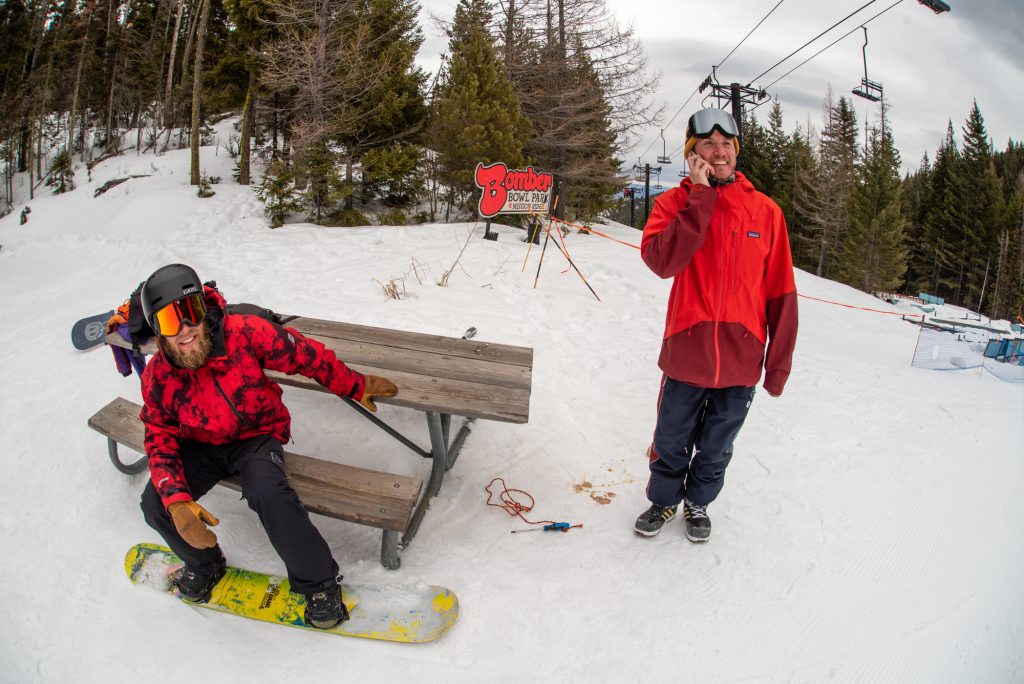 ABOVE A few falls can’t stop the funk. We’re already itching to come back (but please don’t let the mountain know just how stoked we are for our return).

Thank you to Tony Hickok and the rest of the Mission Ridge crew for having us at the resort. We love coming to Mission Ridge to ride the only rope tow serviced terrain park in Washington State and the new bubble lift on Chair 2 is a nice touch, too. Thank you also to the Hilton Garden Inn for giving us a place to crash during our trip—especially one so close to the new skatepark.

Mission Ridge Ski & Board Resort’s 2021 closing weekend is on April 24th-25th. Get up there and get some prime park laps and more while you still can.

See our coverage from a powdery park-filled weekend at Mission Ridge in 2018, as well as a trip which led us to the resort’s surrounding backcountry in 2019. Both of these features will give you an even better sense of why we were so damn excited showing up to the mountain this season.