Unpredictable would be an understatement in describing Washington’s springtime weather patterns. April skies are known to bring rain, sleet, snow, sun, and sometimes even flying pigs to the Evergreen State. I haven’t personally witnessed the latter, yet we saw all but the swine throughout the course of the 3rd Annual Last Ditch Effort Banked Slalom at Crystal Mountain, WA. With big burly banks running down a steep, slick slope, we also saw a lot of heavy slams. The slalom was terrifically turbulent, a battlefield of berms; a physical embodiment of Washington’s often wayward springtime snowboarding. 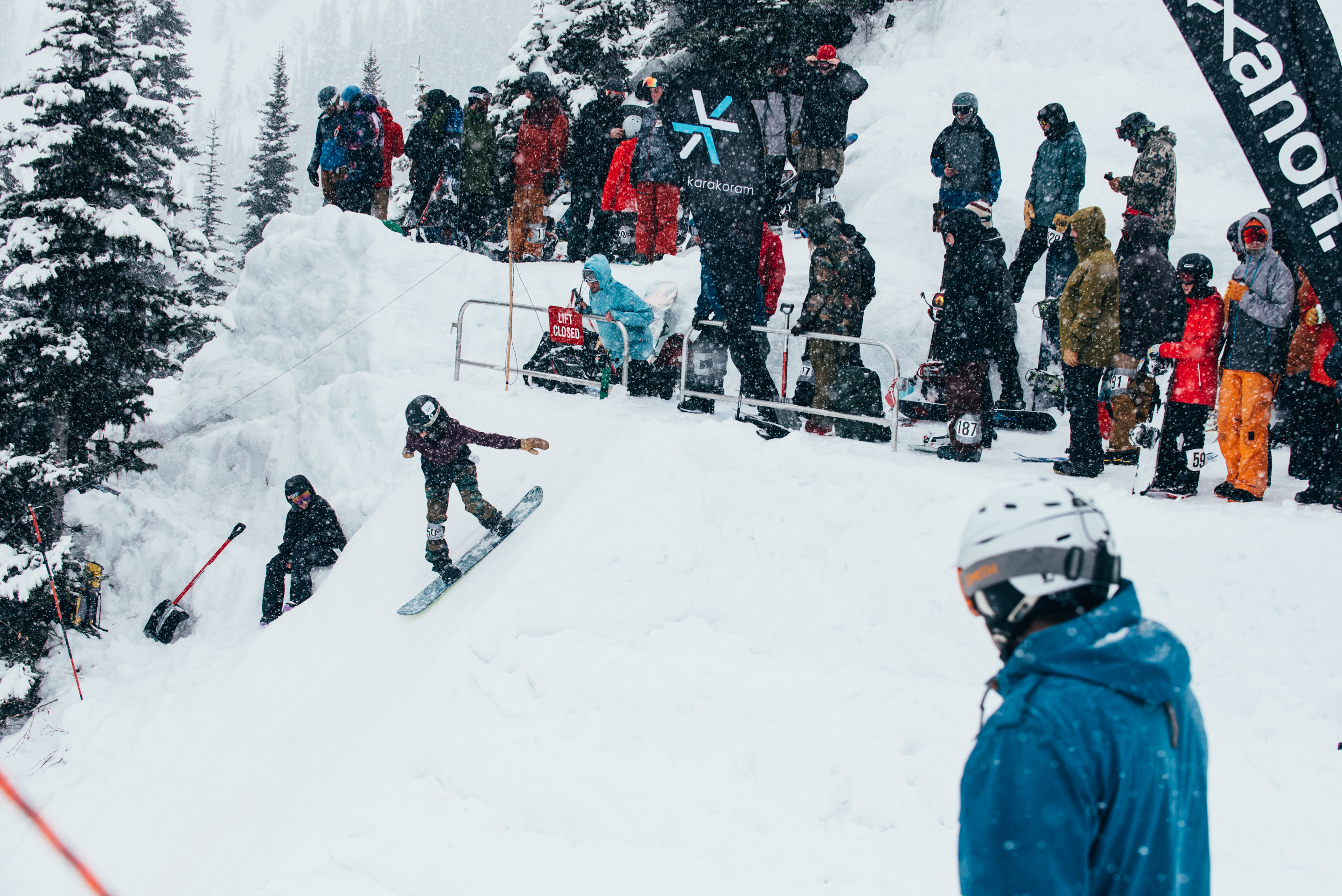 ABOVE A rambunctious course deserves a steep drop in, and this one really gets ya goin’ fast right from the start. (Click photos to enlarge) 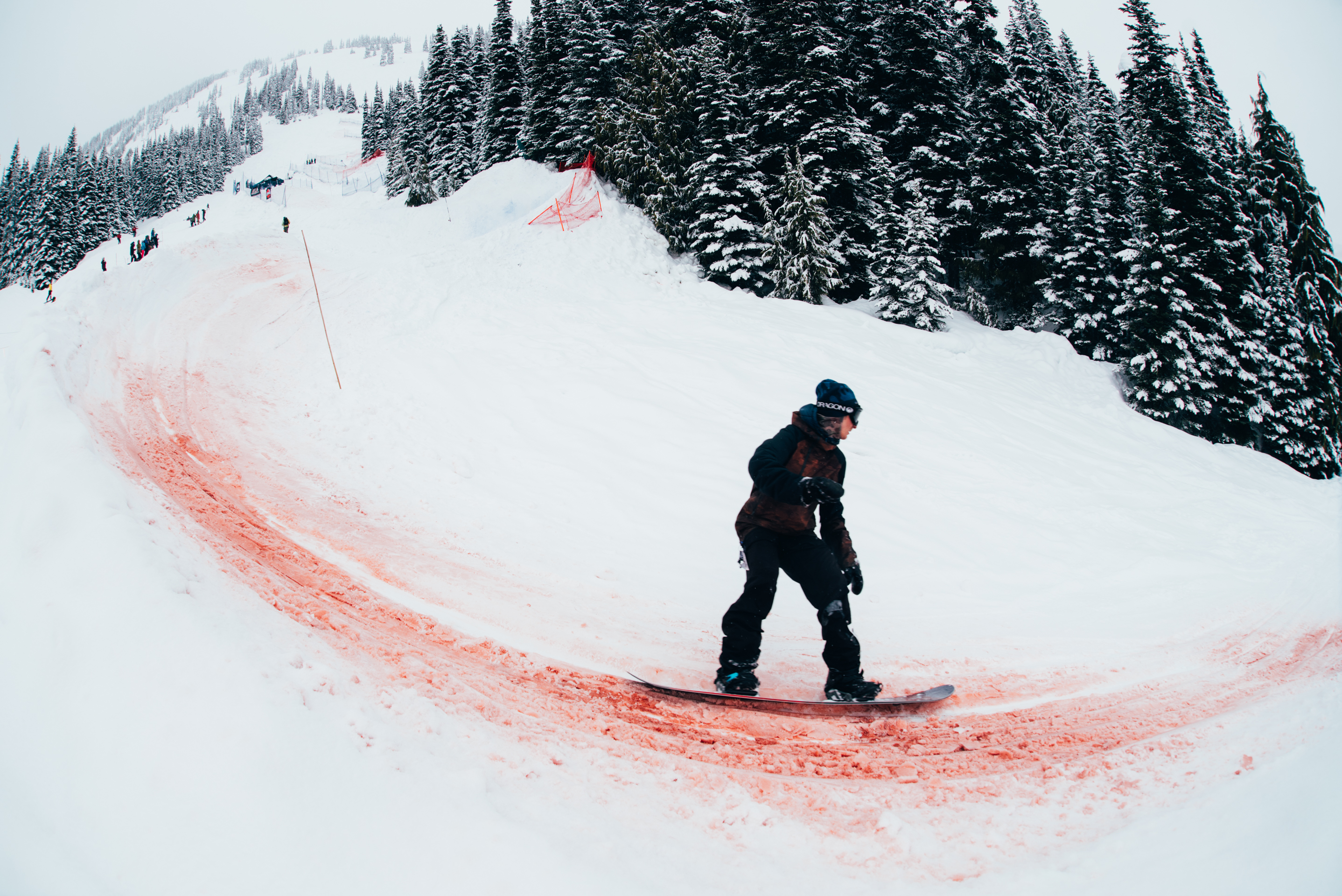 ABOVE Nick Langelotti nearing the end of this year’s leg-burning, survival snowboarding slalom.

The Last Ditch Effort is the brainchild of Blair Habenicht, Crystal’s hometown hero and certified sideways-sliding-savant. It came as no surprise that Blair and the crew he assembled to dig this year’s course (including his 71-year-old father) made it as steep, fast and technical as they did. Some racers were losing control as early as the first turn into the course, flailing over the bank and taking out the fence beside it. There were riders going down every few runs, and those who managed to stay on their feet rarely did so without experiencing some close-calls themselves. 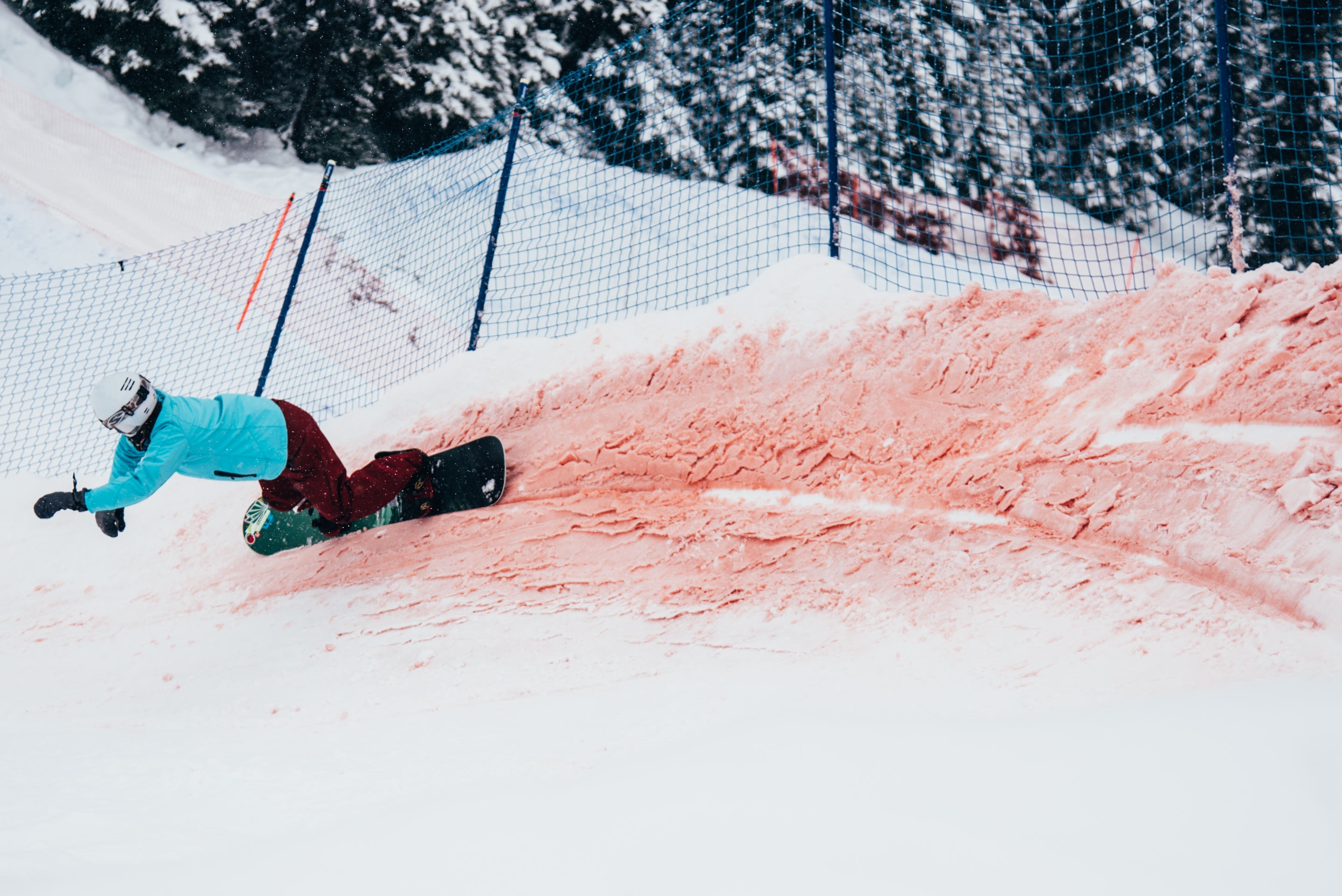 ABOVE Josh Smith takes a rather unfortunate plunge on the Blue Bucket Corner. 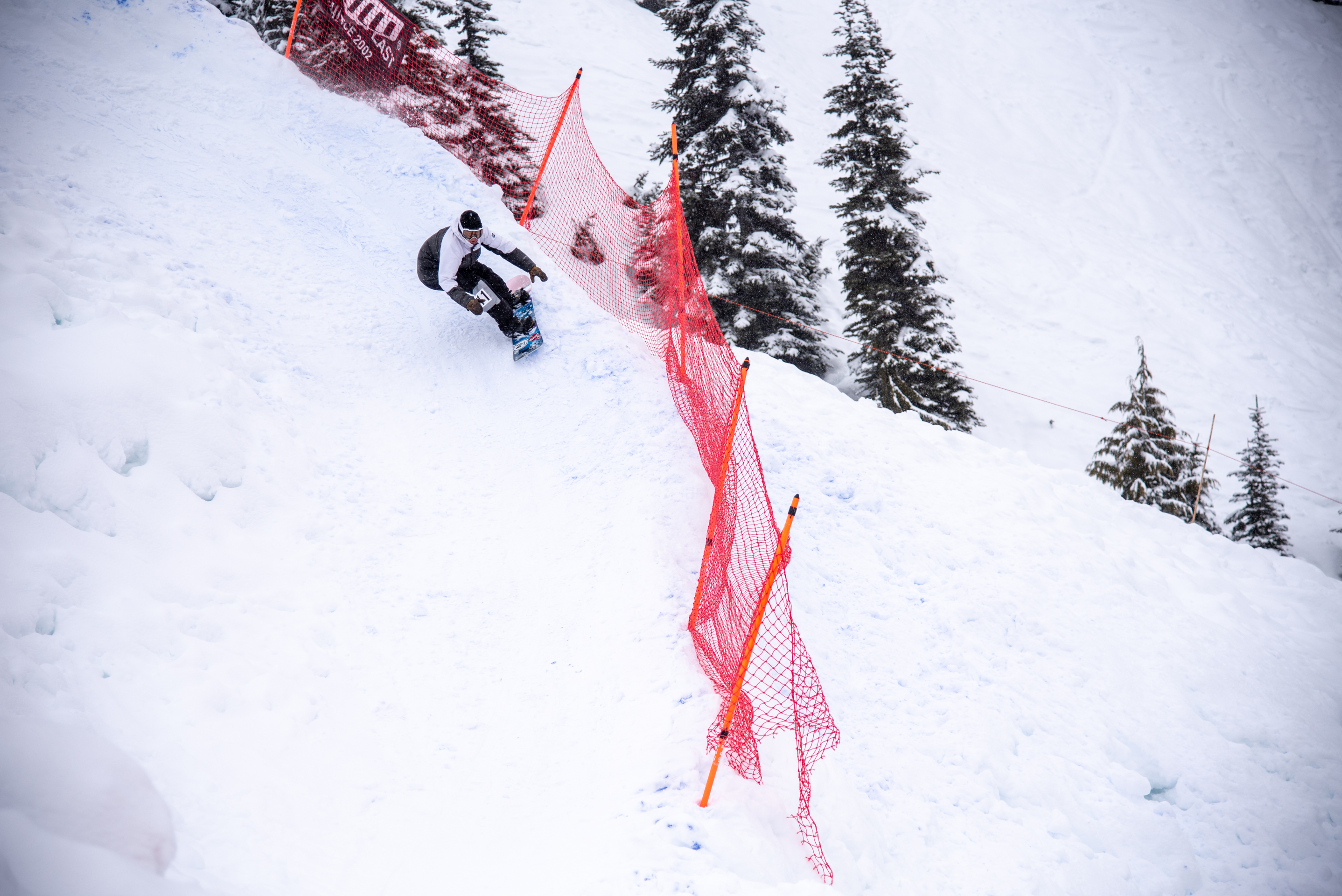 ABOVE Zoe Vernon is on a tear this season. 1st Place Pro Women Division.

With 15 to 20 diggers diligently laboring over each hand-dug turn in the days leading up to the event, the craziness didn’t come from a lack of care in constructing the course–these guys just like a challenge. But while Blair’s riding style and course construction savvy screams intensity, unstrapped he’s a pretty laid-back, stand-up dude. Blair stood next to the drop-in area facilitating racer starts and offering words of encouragement to riders before their runs, and with upwards of 150 participants he stayed on his feet and braved the weather for several hours to do so. 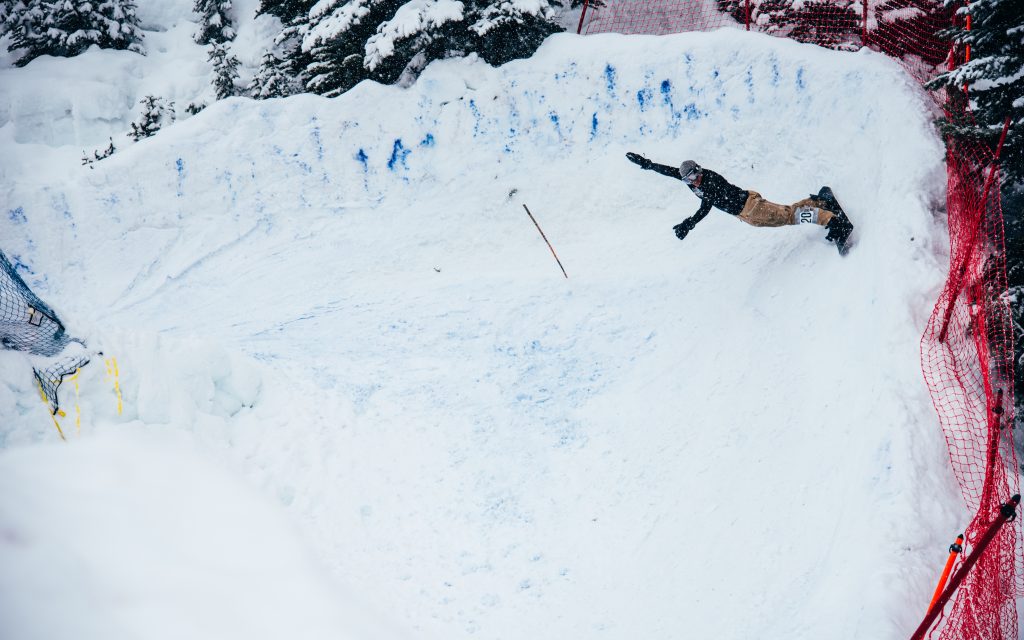 Racers and spectators gathered alongside the track to comment on its unarguably gnarly nature, but no one complained about the course or conditions. No one complained about much of anything that day, at least as far as I heard. Inclement weather didn’t stand a chance in bringing down these people’s stoke. It was a testament to the optimistic outlook and overall badass-ism of the crowd the Last Ditch Effort attracts. 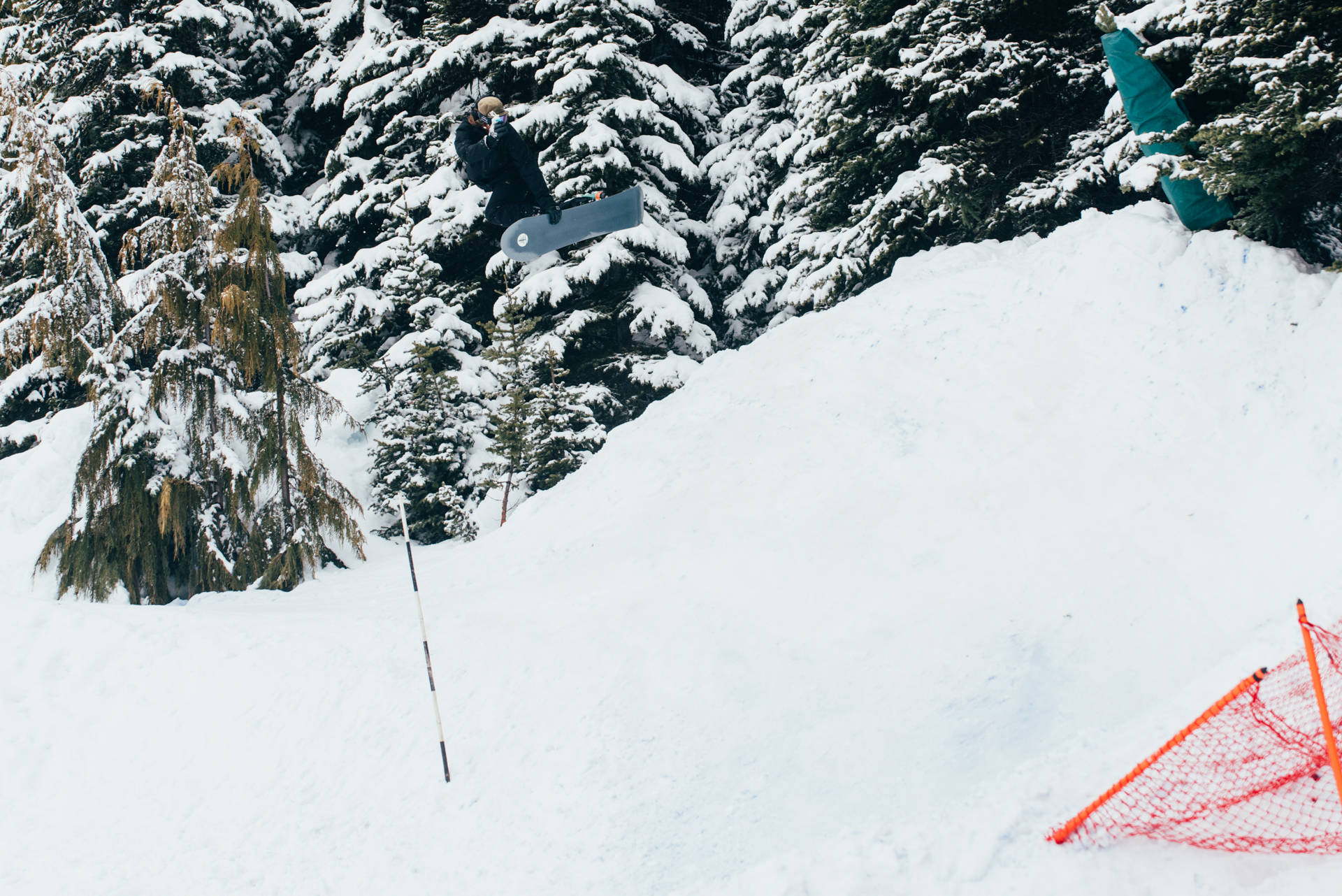 ABOVE It’s not typical to see a jump in the middle of most banked slalom courses, although it is a regularity at Blair’s Last Ditch Efforts. This year’s airtime treat was made even more special when this dude stomped a method off it, beer in hand. 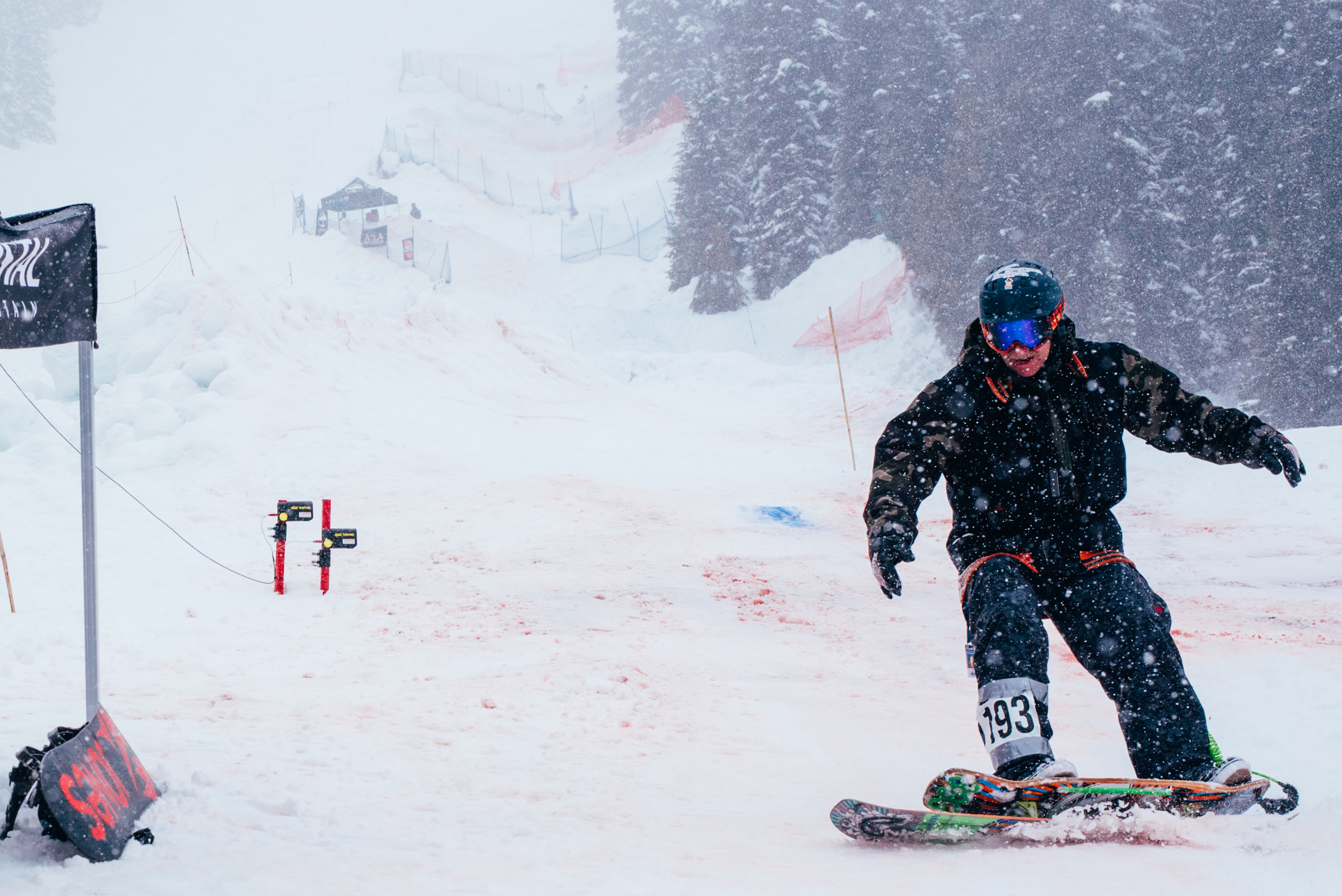 ABOVE Ken Verner coming over the finish line for a 1st place finish in the Snowskate Division.

Come last laps, it seemed as if some riders should have received plaques reading “I SURVIVED THE LAST DITCH EFFORT,” or something to that effect. But as far as souvenirs go, battle scars and t-shirts will have to do. Those with the fastest times in their division walked away with a little extra: coveted bronze, silver and gold shovel-trophies, respectively, along with some swag from a handful of companies down to support this for-boarders-by-boarders event. Temperatures continued to fluctuate late into the afternoon, but spirits remained consistently high until it was time to go home.

ABOVE Stefan Krumm cozying up with some snowskates.

Washington’s weather may be entirely unpredictable, but gatherings like the Last Ditch Effort remind us that we can always count on positive vibes from the likeminded snowboarders willing to gear up, get into the mountains and always make the most of it. That fact will remain the same so long as there’s some snow to slide, despite the rain, even when the pigs start falling. 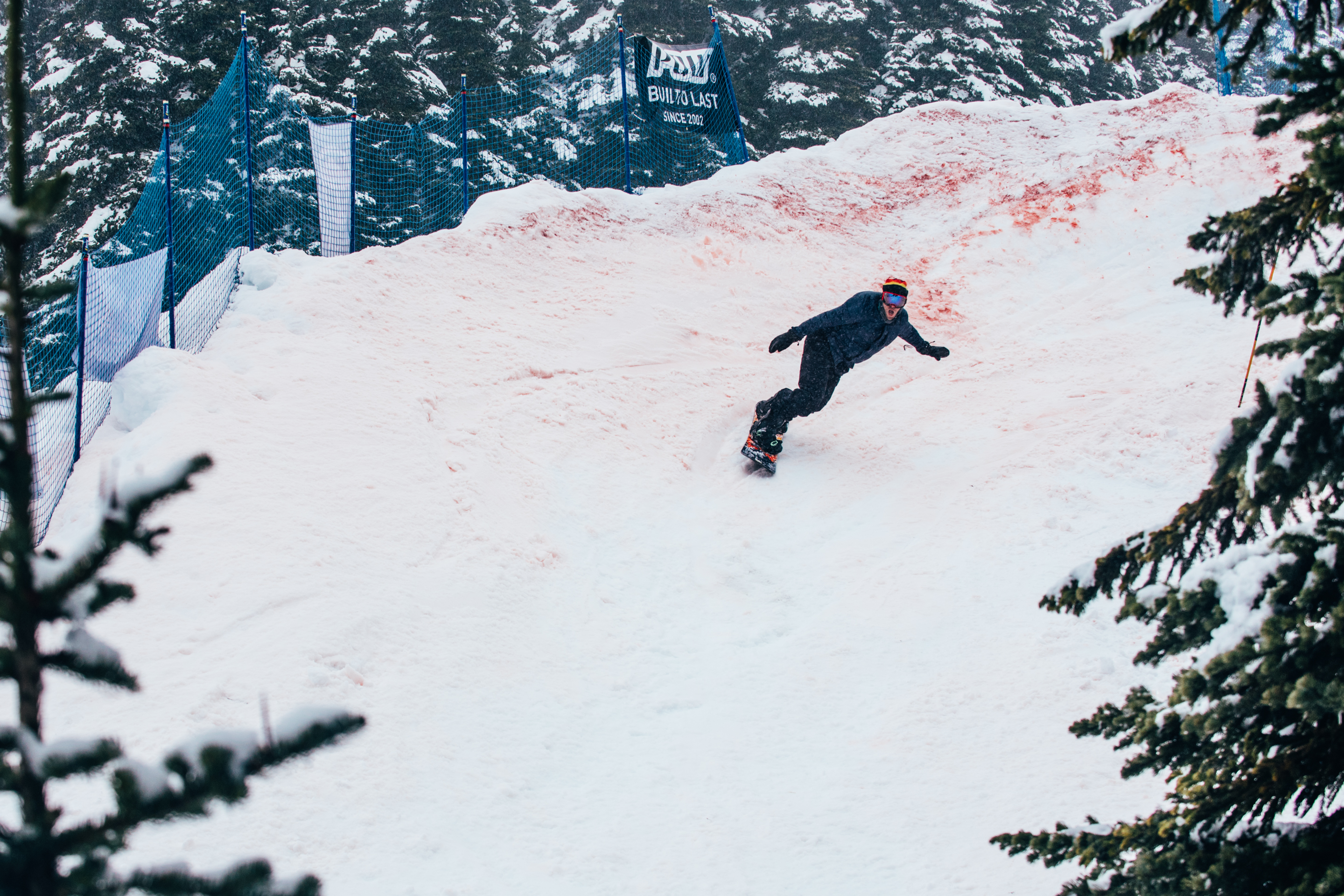 A huge thanks to Blair, Jenell Turner & the Crystal Mountain crew for hosting the event. Thanks also to all the diggers for their hard work on the course, and to everyone else that made this event possible.

We’ve got your top finishers listed below, and you can see the full results at thelastditcheffort.com. 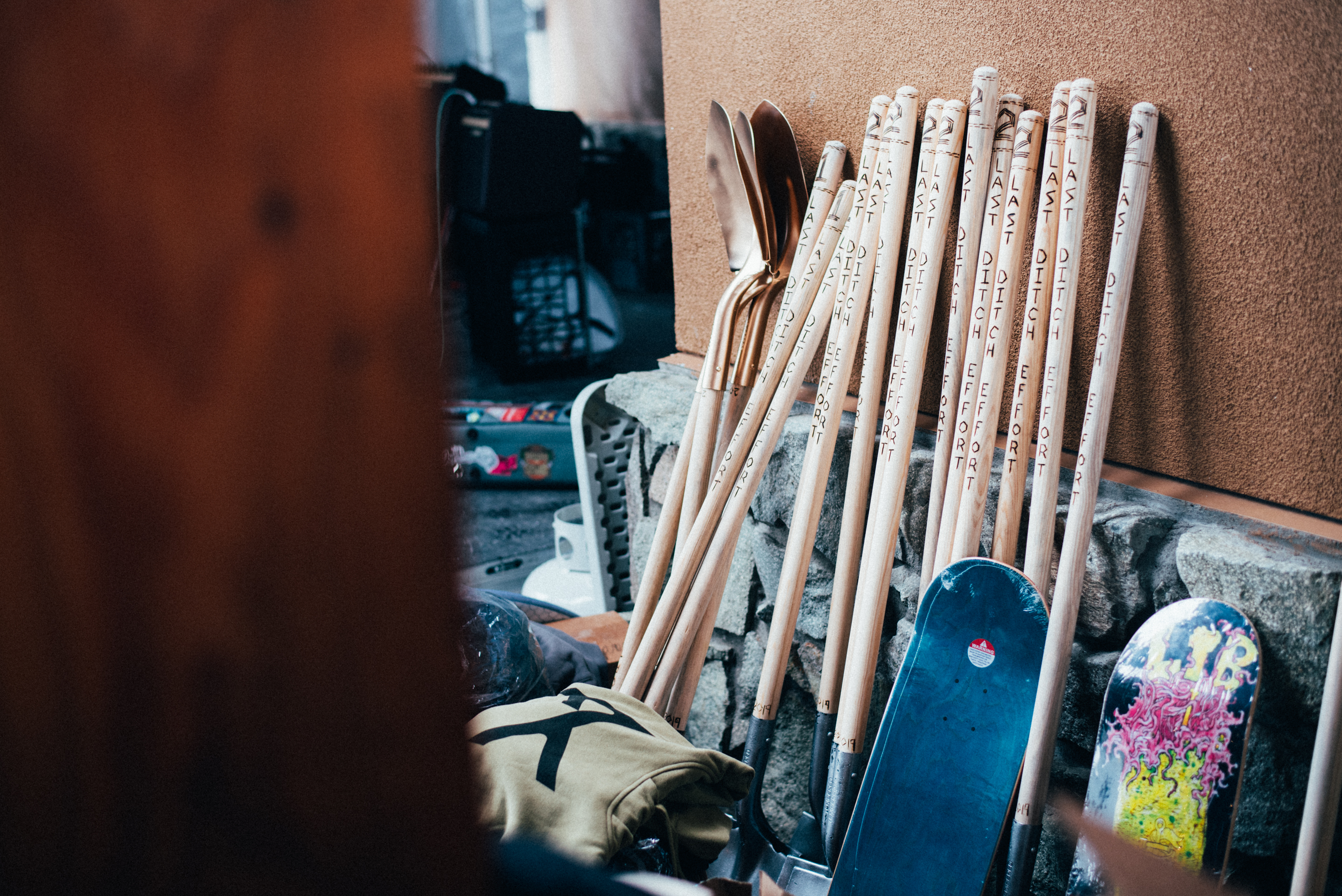 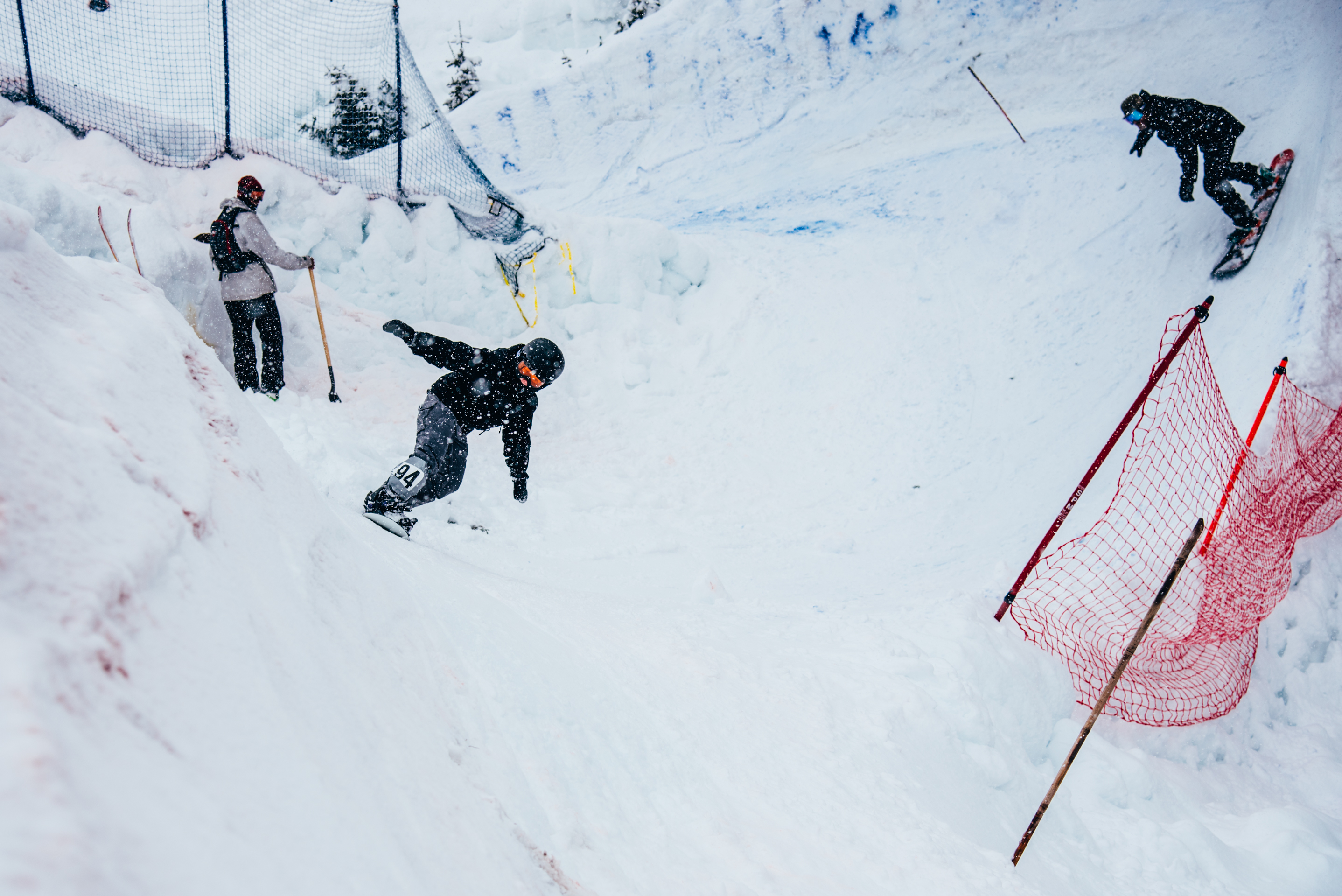 ABOVE Similar to Wu Tang, some would say Last Ditch is for the children. Pictured here: Bjorn Fredriksson, 4th place Grom Division.