Alex Showerman, happy to be out for a midday splitboard mission. Photo: Jacob McEachern

Editor’s note: Knowing that no one can fully understand the effects of transphobia in action sports better than those directly affected by it, we reached out to trans athlete and activist, Blake Hansen, to conduct this interview.

This interview originally appeared in print in Issue 19.2.

During her high school years in Vermont, snowboarding became a way of life for Alex Showerman. Aside from holding various jobs in politics following college, Alex began freelancing articles for TransWorld SNOWboarding, Splitboard.com, and other publications before landing her first gig in the industry with Protect Our Winters in 2015. She connected with Weston Backcountry and led public relations efforts for the brand. But despite her success in the sport she loved, Alex was miserable. She felt trapped, like she was living a lie—presenting as male. These days Alex is much happier, because she’s finally living proudly as the queer trans woman she knew herself to be.

The 32-year-old began finding the strength to come out after persevering through a broken neck in 2019. In 2020, Alex transitioned. She’s since become a prominent advocate for inclusivity in action sports, although in recent months, she’s grown increasingly distant from snowboarding. While the act of sliding sideways will always hold a dear spot in Alex’s heart, she says the snowboarding community has a long way to go regarding its support for trans riders. We recently sat down with Alex to hear her story, as well as what she thinks the community can do to further its push for inclusivity on the mountain and beyond.

Blake Hansen for The Snowboarder’s Journal: Let’s start with your life-changing events in 2019.

Alex Showerman: There was a monster under the bed that I’d been avoiding for years. It started to give me so much anxiety that I started taking unrealistic risks while snowboarding and biking. Eventually, I literally smashed my issues head on [into a tree mountain biking] and broke my neck. I was stuck in a hospital bed. I couldn’t move or distract myself anymore.

What a visceral experience. What were you facing?

Well, I had already accepted that I was transgender years back but had been avoiding it. Something we both know all too well.

Yeah, we know a thing or two about that.

So, I was forced to sit with myself, and it changed my life. It started with the choice to take care of my injury and turned into taking care of myself overall. I started seeing my therapist again. I eventually started hormones and subsequently, my transition. A little after that it also started to hit me that, even though I’d been making healthy moves for myself and feeling good, I was going to have to deal with coming out. Then the pandemic hit. I lost my job a little bit after that and having to face all those things collectively took me to a place where I would say that I lost the will to live. Unfortunately, alcohol became the thing that I started to rely on, and I would just sit there in my room, in the dark, staring at the ceiling drunk for hours. I spent multiple nights like this just contemplating suicide. Luckily, I never did it, and I think breaking my neck was what gave me the tools to push through that time and come out the other side.

Isn’t it weird how talking about it takes you back there? Remembering what that’s like never fully goes away.

Yeah, I guess talking about it is reminding me of how close I actually was.

At what point did things start to turn around for you?

I started to make healthy choices again and worked hard on building a portfolio to find work on my own. I started to make friends again and had opportunities to come out to people individually and build trust. I went on a ladies’ mountain bike trip where I built strong female relationships which were very affirming for me. I got back home and didn’t feel like I could go back to being in the closet anymore. That bike trip was a big changing moment that gave me some light at the end of the tunnel I was in.

Tell us what it’s been like to exist in the snowboarding community now, and where you stand with snowboarding.

I ended up coming out publicly in 2020. I was doing PR for Weston Backcountry, which was a pretty public facing position, and those guys were immediately so supportive. I love Leo [Tsuo], Sean [Eno] and the staff at Weston, they’re the most supportive people. Overall, though, I think I’ve fallen out of love with snowboarding.

What I’ve found is: the places where I’m able to thrive are the places where women are more fully supported. Looking back, I’ve definitely received some support from the snowboarding industry, and I don’t want to seem ungrateful for the support I have received. I know some amazing people in snowboarding, but women aren’t supported in this industry like they are in some other ones.

In my interactions in the broader community, I’ve felt uncomfortable and awkward. The moment I stopped presenting as male, I felt an immediate shift by everyone I interacted with aside from several people at a select few companies. After being part of the snowboarding community for the greater part of my life, suddenly I felt like a complete outsider, and that felt shitty. I don’t feel like I’ve been embraced by the snowboard industry like I’ve been embraced by the bike industry. I think snowboarding needs to look really hard in the mirror and start doing more to support minorities who snowboard. There’s a way to protect and preserve the culture of snowboarding while simultaneously pushing for more diversity and inclusion.

I do see a push by LGBTQ (lesbian, gay, bisexual, transgendered and questioning) and BIPOC (Black, indigenous, people of color) snowboarders happening right now, with a lot of support across the board from riders. But you’re saying more specifically that we’re still not seeing it trickle across the industry and into the widespread culture like it needs to.

Exactly. Participation is a reflection of investment. If we want to build an inclusive culture, we’ve got to start with financially supporting underrepresented communities. If we’re not actively investing in female, queer, BIPOC and other underrepresented athletes and employees in the industry, then we can’t call this an inclusive sport. There are women, queer and BIPOC employees and athletes who are already working hard in various roles across the industry to create an inclusive environment. Now we need the support and allyship of everyone else in the industry for the culture to actually shift. We’ve already built the backbone, but we can only shift the culture of the sport toward more inclusion and diversity by working together. 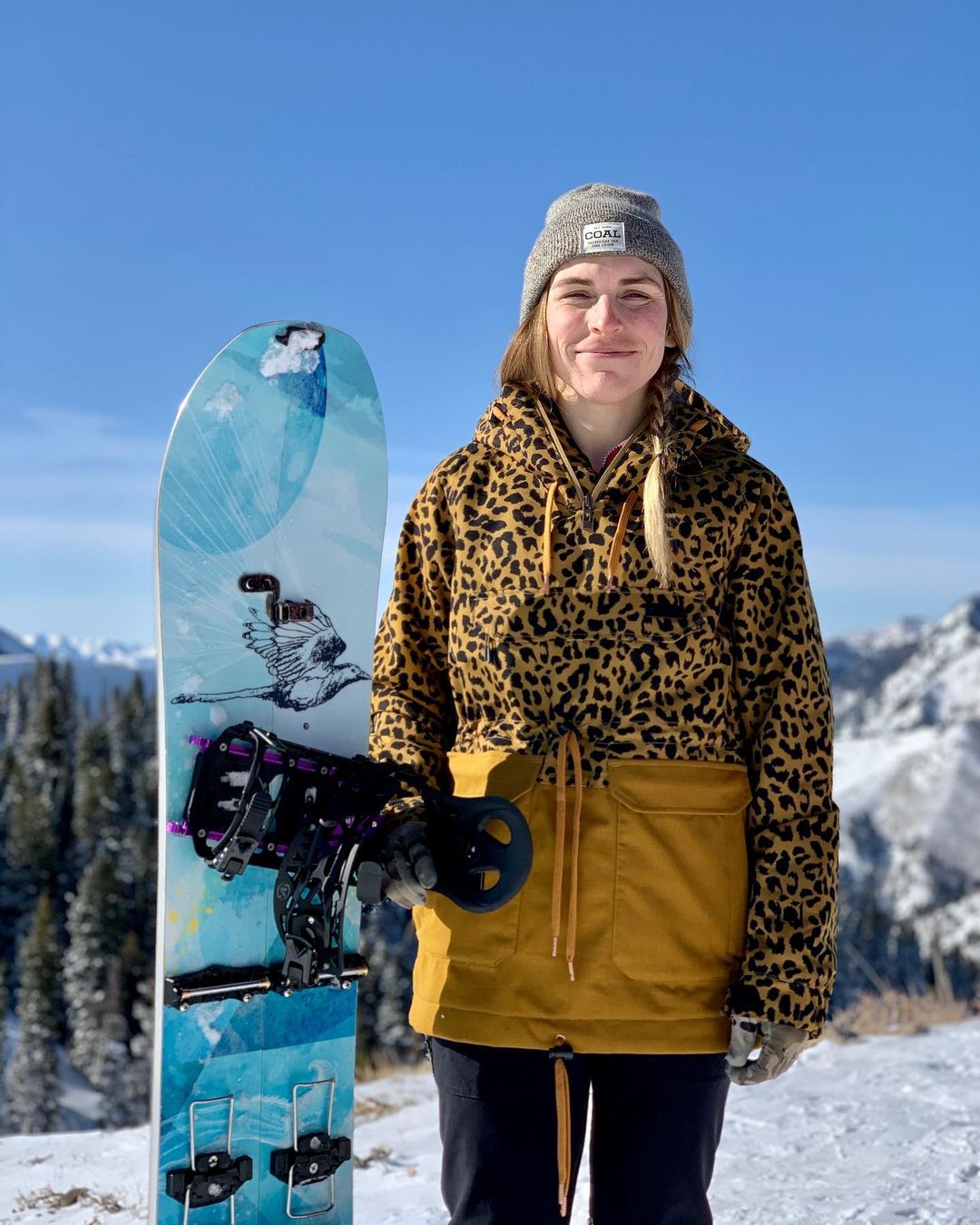 Freelance filmmaker Blake Hansen was raised in Southern California and grew up riding Bear Mountain and Mountain High. Her desire for closer proximity to the mountains took her to Salt Lake City, where she’s lived for 10 years. During that time Blake has been a quiet part of countless film projects and brand marketing campaigns throughout the snowboard and outdoor industries. She is an avid mountain biker and, as a trans woman, she has is of many voices advocating for the LGBTQ+ communities in snowboarding, mountain biking and beyond.