“In the 12 years that I have been fortunate enough to spend my winters traveling the world chasing winter storms, this was the ﬁrst year I was able to stay home and ride a full winter of storm cycles in Washington state. The Northwest corner of the United States is a unique place to say the least, and no matter where I travel, I ﬁnd my self craving the harsh climates of the place I call home.

There is something special about something that isn’t easy. Maybe it’s the consistent ﬁght to score all time conditions because they are far and few between, or maybe it’s the challenge of navigating through our weather patterns and absurd temperature ﬂuctuations all winter long. It’s the days when it’s 36 degrees and  you are patiently waiting for the temps to drop, the snow to lighten and the the sneaky mornings where it was forecasted to rain, but it turns into two feet of fresh.

It’s the challenge of managing these weather patterns and the reward that comes when it pays oﬀ. This 2020-21 season-with travel being shut down–I took the time to stay home and ride out the atmospheric river weather patterns. Wind Slab is the result of my season at home. This short ﬁlm is ﬁlled with our best shots that were ﬁlmed over the course of a few days while ﬁlming for the Boardslide Worldwide series. Being home allowed me to hit many of the iconic features that I have looked at and wanted to hit my whole life but haven’t been around with the right conditions to do so. I hope this ﬁlm gets you ﬁred up for winter and to go boarding, but that it also inspires you to explore the areas you live in, as there are always sneaky little gems to be found. Until next time, stay fast.” — Austen Sweetin 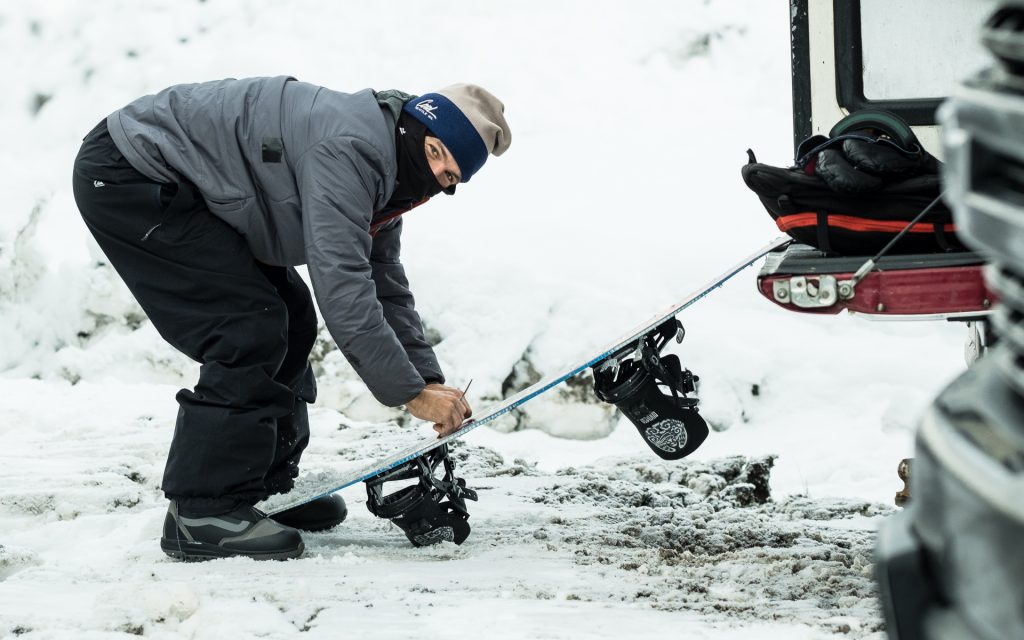 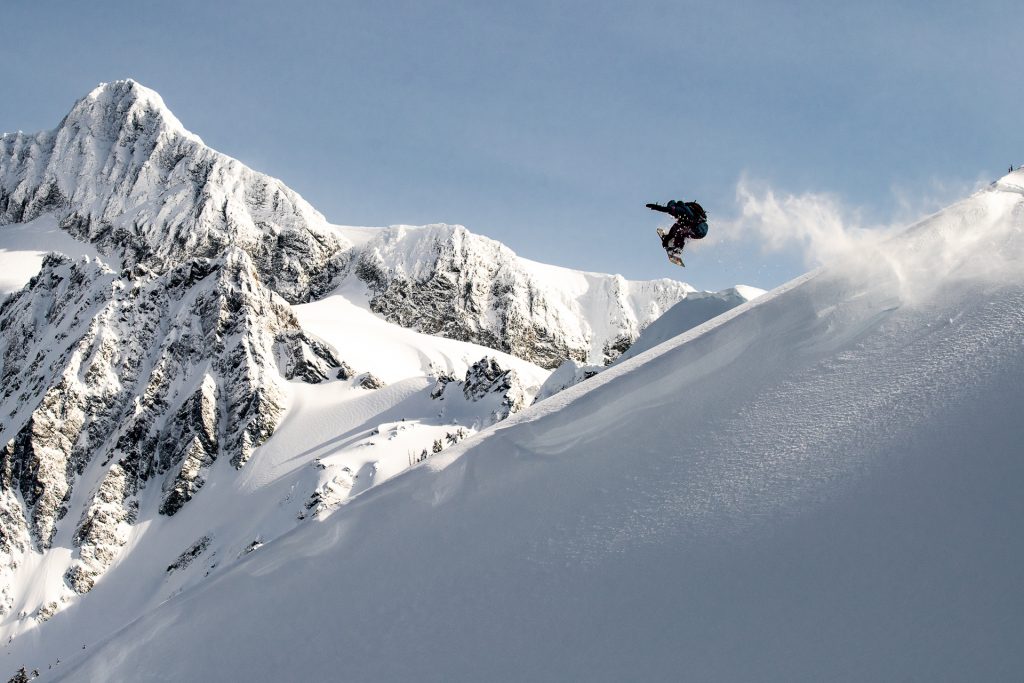 ABOVE Timeless style in a timeless place. Austen cranks one out under the gaze of Mt. Shuksan, WA.

ABOVE Sean Lucey (left) films Austen Sweetin (right). These two have a close bond, one that is very evident in the videos they create. 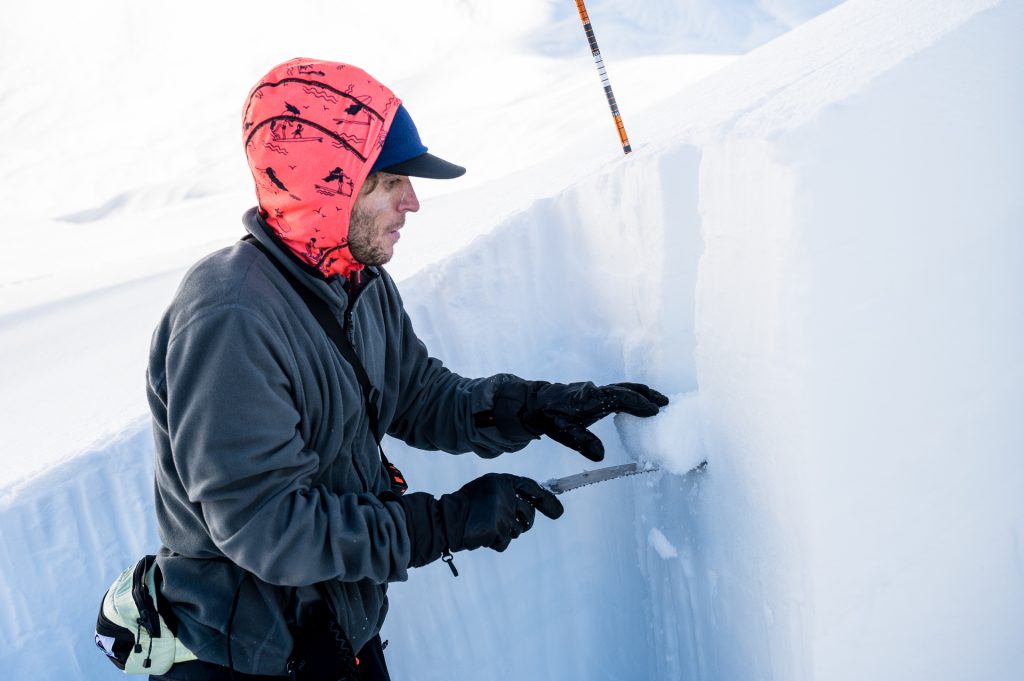 ABOVE Austen in the pit, checking layers in the snowpack before heading into the backcountry. The slide we see in the final clip of “Wind Slab”–a line that is in sight from inbounds at the Mt. Baker Ski Area–is a testament to the very real dangers that lay just beyond the ski area boundaries. 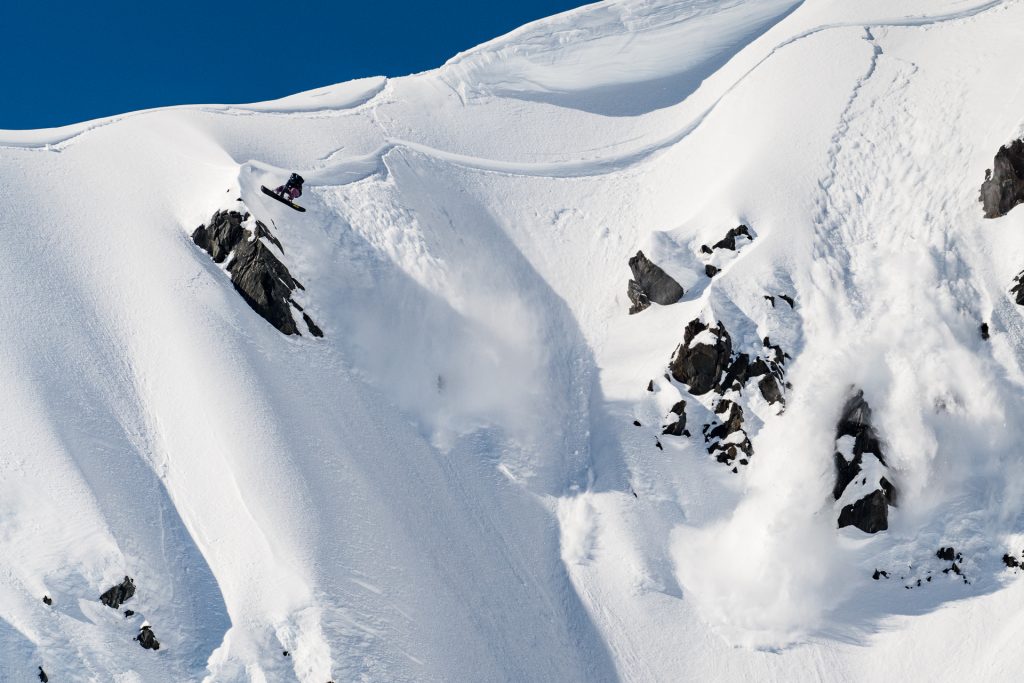 ABOVE Austen taking that Washington bred flavor to Valdez, AK on a trip with Alaska Backcountry Guides. 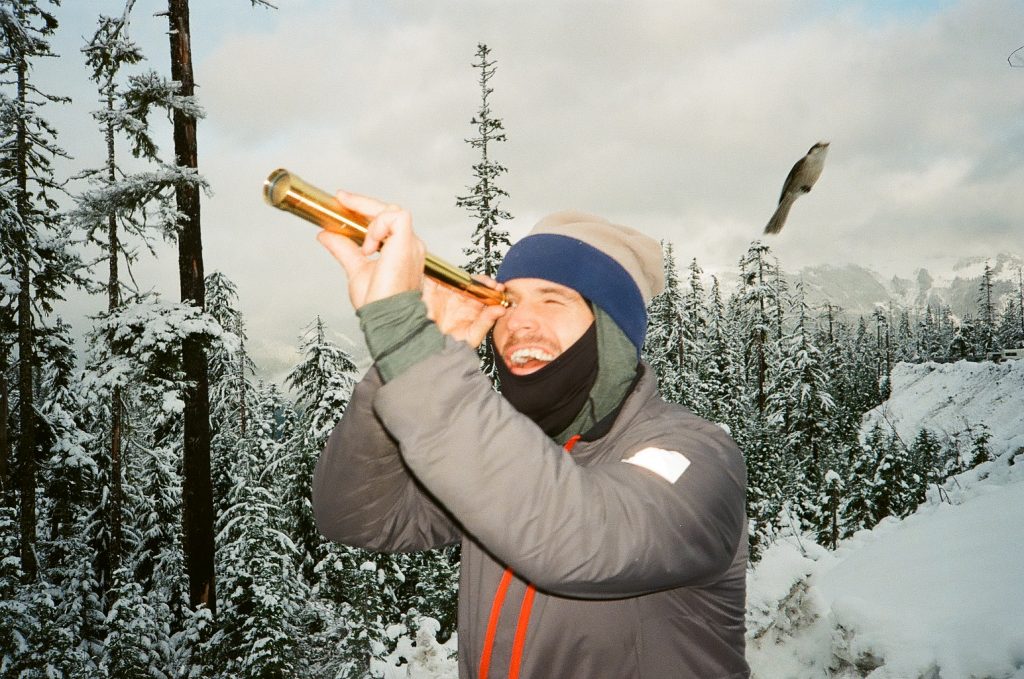 ABOVE Ahoy, mateys. Captain Froth Goblin and the sight of something special, apparently. 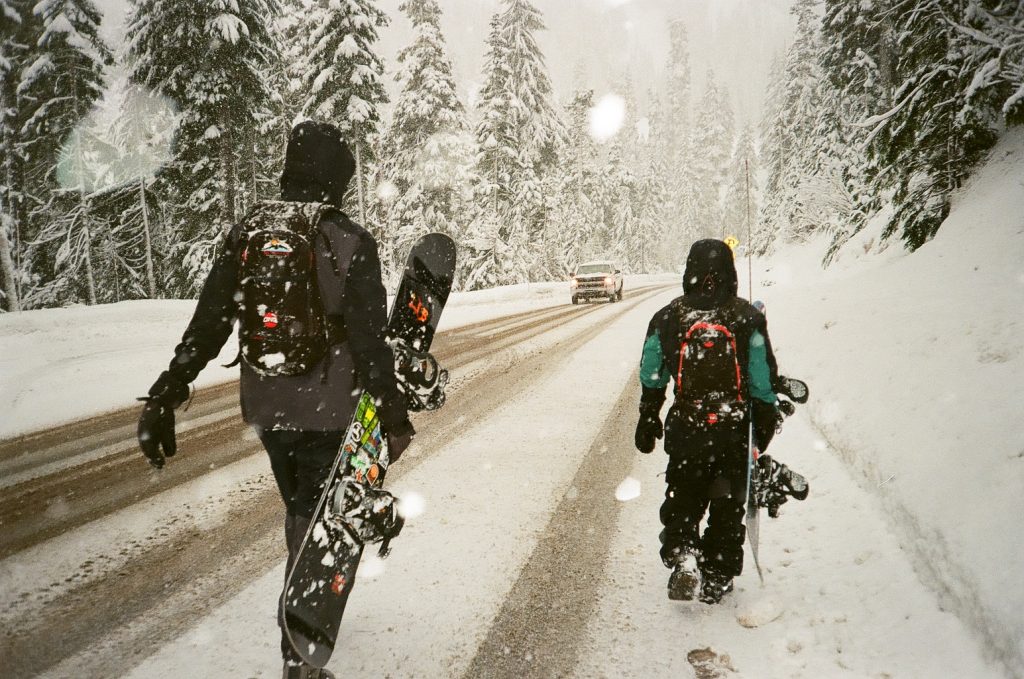 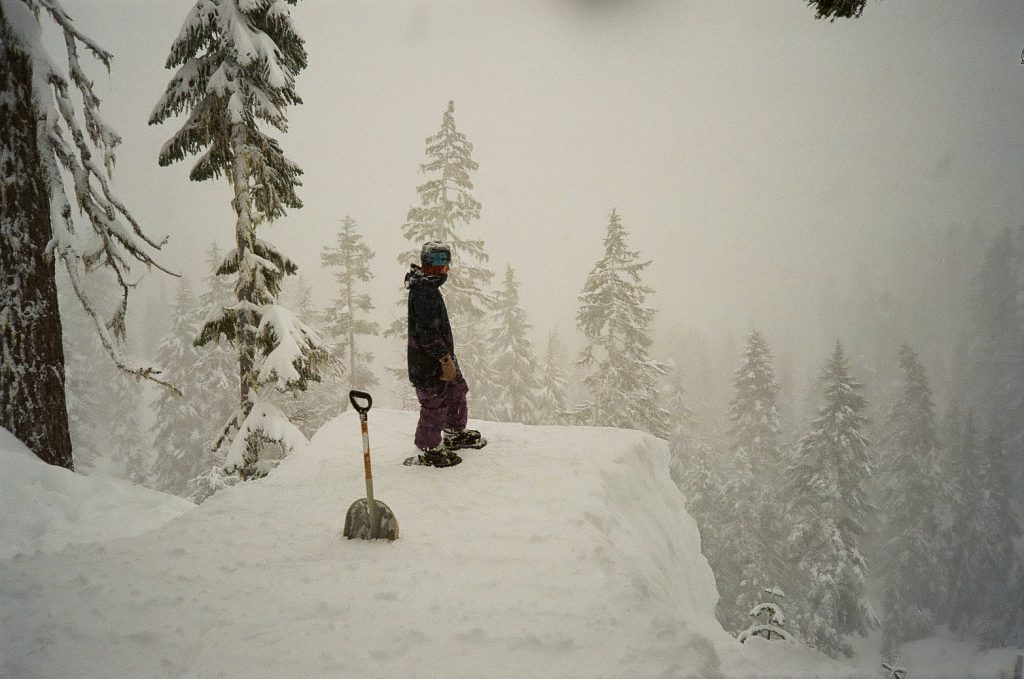 ABOVE Austen prepares for liftoff. 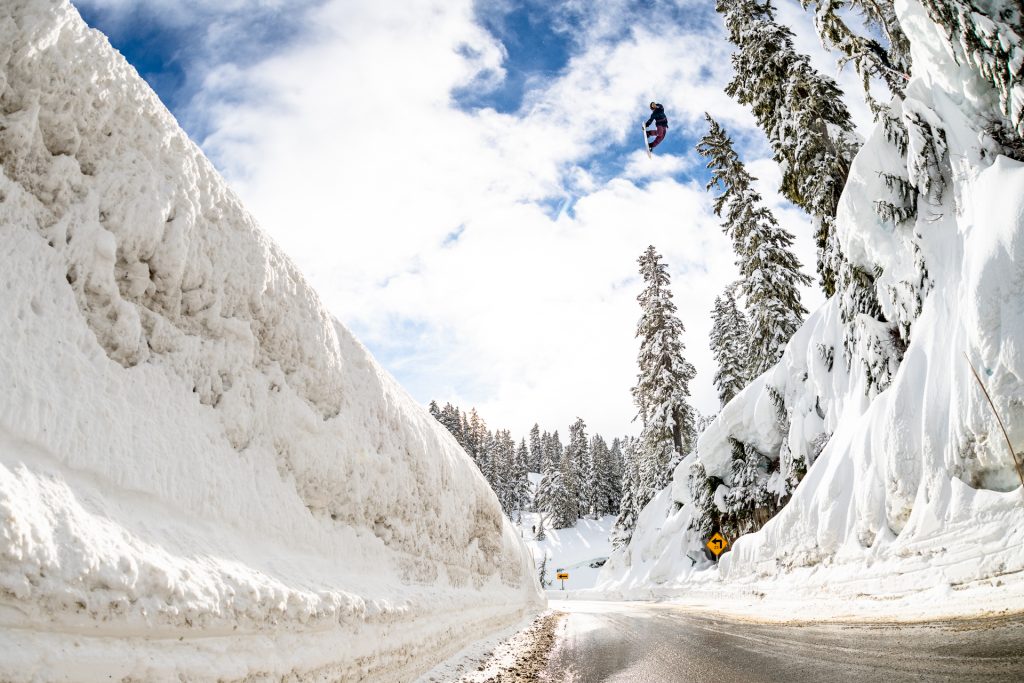 ABOVE Austen cranks a switch method over the iconic Mt. Baker Road Gap, as seen in Issue 19.1. 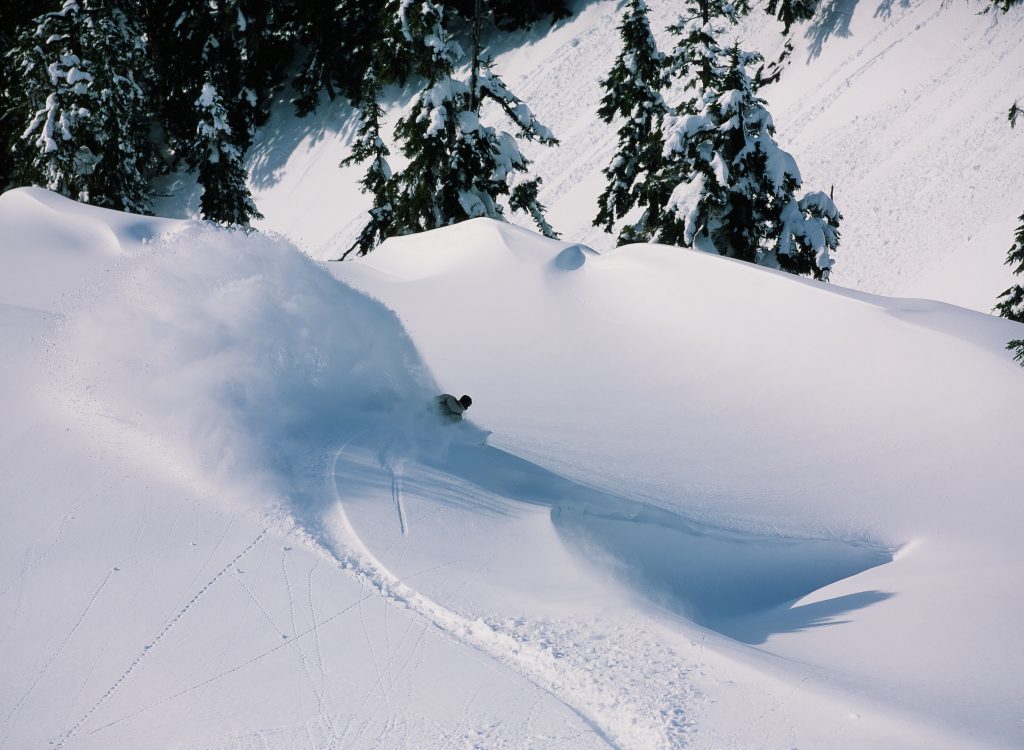 ABOVE There were a lot of deep days in Washington during the 2020-21 season. Austen was in the mountains for most of them. 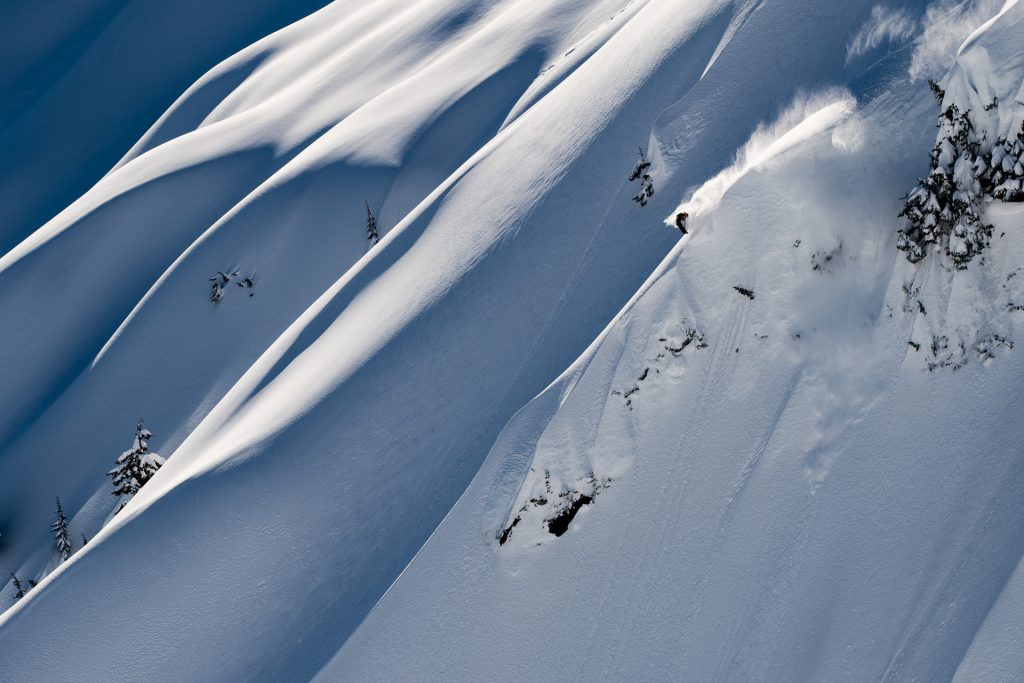 ABOVE Austen Sweetin, frontside 720 as seen in Issue 19.1. “Austen Sweetin had hit this diving board a couple times in the first week of March. Both times, he frontside 360’d it and over-rotated justa bit. On this morning after another reset, he went front 7 and landed clean. THen the landing slid a couple feet deep. Luckily, he was able to ride for a hundred feet or so before the avalanche caught him, swallowing his hat and goggles. He was partially buried in the flats but was able to self-extract. It was a sober reminder of how serious the terrain is within sight of Chair 8. In retrospect, there had been significant wind with the storm the day before. We gained false confidence watching a few others ride similar aspects and elevations with no propagation. Still, a frothy crew on the bootpack and up top sped up his decision-making. It shows how the human factor is magnified in the backcountry close to the resort and was one of a few close calls off the same ridge over the course of the season. We’re glad he made it out OK and will continue to process and learn from the experience.” — Colin Wiseman. 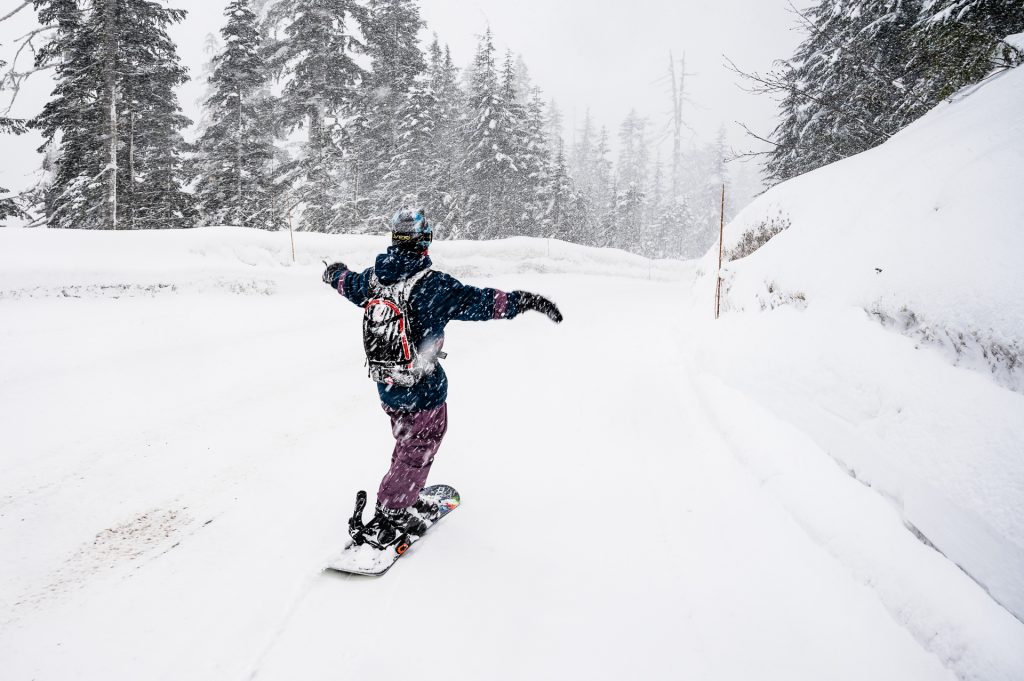 ABOVE Austen Sweetin en route to the lot, then home to recharge for another memorable powder day.