Under a strong April sun Max Warbington hikes up from the landing of a jump in the backcountry surrounding Mt. Baker Ski Area, WA, stopping on the crest to catch his breath. Having just laced a run he’d been speculating for months he raises his hand in the air and shakes out a small celebratory fist pump. “That was the dream line,” Max says. “I’ve been talking about doing something like that all season.” He looks uphill with a sense of accomplishment, not only in lieu of his run but also because of the features he put it down on. Above the jump stands a skate-bowl inspired park teeming with hips, quarterpipes, bumps, boobs, berms and transfers offering infinite possibilities. The whole thing is hand-dug—an inspiring culmination of determination and ingenuity coupled with the collective labor of the community that brought it to life. Max led the charge and had high hopes coming into this fifth and final stop of Tre Squad’s 2021 Brain Bowl Sessions tour, but what’s come to fruition here has surpassed his expectations tenfold.

Right after Max had wrapped up his line, another rider was dropping in on it—just one of the many aspects of the Brain Bowl Sessions that make them so special. Inclusivity is the driving factor here. As Max had described earlier this year during Brain Bowl Session 3 at Snoqualmie Pass, WA, the idea behind these gatherings comes from BRAIN BOWL, a movie that Max, filmer Logan Beaulieu and the Tre Squad released in 2019. The movie features their crew riding hand-dug features close to home in Bend, OR and highlights the notion that pro-level snowboarding doesn’t always require big budgets or distant travel. The subsequent sessions have expanded on the movie’s modus operandi through weeklong meetups offering opportunities for the public to get in on the action. Snowboarders of any caliber can come out, dig and ride these setups with the pros and don’t have to spend a dime to do so. “It’s about inviting all the people who are interested in being part of a cool video project to come link up, so we’re making a video together as a big community instead of out in secret as you normally would film a video,” Max says. “It’s a great opportunity to get in on some culture and some action.”

For the Brain Bowl Sessions finale Tre Squad allotted themselves a 10-day window at Mt. Baker and conditions couldn’t have panned out better. The build started with a blank canvas of slushy, shapable snow which allowed Max, his brother Gus and a few others to quickly lay down the course’s outline and initial groundwork. As the days went on, the number of diggers grew exponentially. “The amount of people that have showed up to help is just insane,” Max says. “We were able to quadruple the size of the setup.” A few days into the build the mountain received 20 inches of fresh, cold snow which prompted a day of riding powder around the resort and taking a few swings at the iconic Mt. Baker Road Gap. The storm also helped solidify the course and led the crew to constructing jumps at the end of it. “The way that the timing lined up with everything has been perfect,” Max explains. “We had the bowl already built, then it snowed, we built the jumps and got to hit them with good light and a powder landing.” 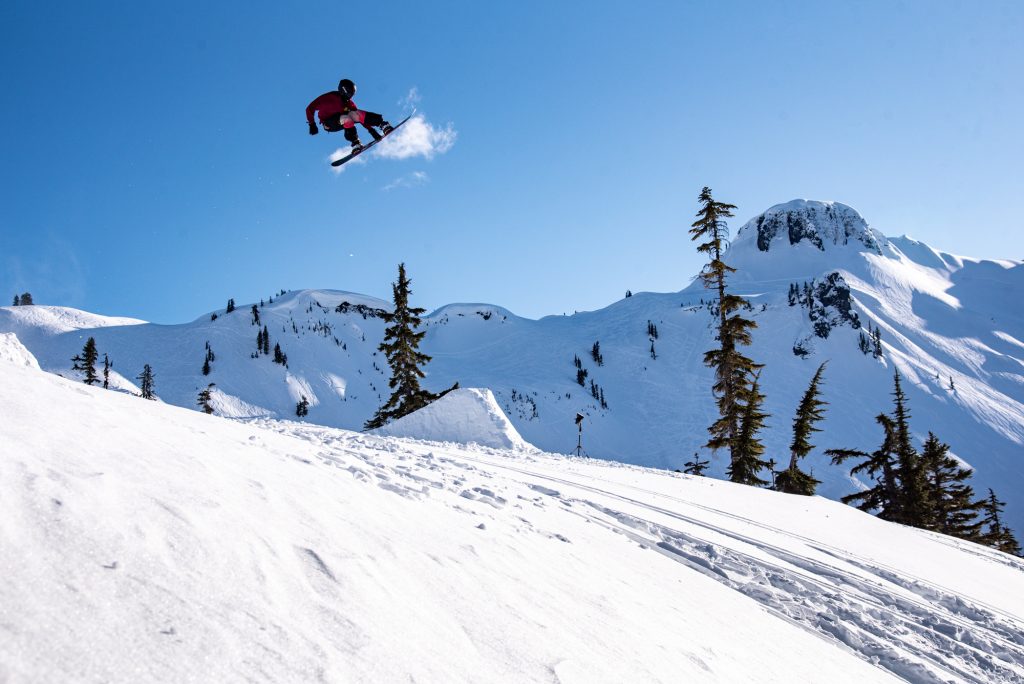 ABOVE Max Warbington, through the bowl and off one of the jumps with a frontside 720. Photo: Ben Shanks Kindlon

The following five days played out in similarly awesome fashion with further additions to the bowl popping up throughout the week, and even a portable rope-tow being hauled out to service it all. Every-day-Joes dropped alongside pros, dozens of Baker locals showed out, groms got in the mix, some skiers joined the fun and as Max puts it, “It all went swimmingly.” A rider judged contest commenced on day 10 and riders went all out. Doubles were hucked, Phil Hansen stomped a switch crippler over the channel for best trick and, despite several solid slams, everyone walked out on their own two feet. Those with enough energy to stick around past sunset gathered in the lot for awards where, even after 10 days straight spent shoveling and snowboarding, Max was already discussing plans for next year.

“We’ve got big plans for the future,” Max says. “We’ll be back at Baker next year. It’ll be another Brain Bowl Session with a different sort of ending to it, but we’re going to keep that a surprise. The deal is… you’re going to want to show up.” By the time of publication it’s still unclear exactly what Max and the Tre Squad have in store for next year’s Brain Bowls, but if this season’s sessions are any indication of what’s to come, it’s likely to be mental. 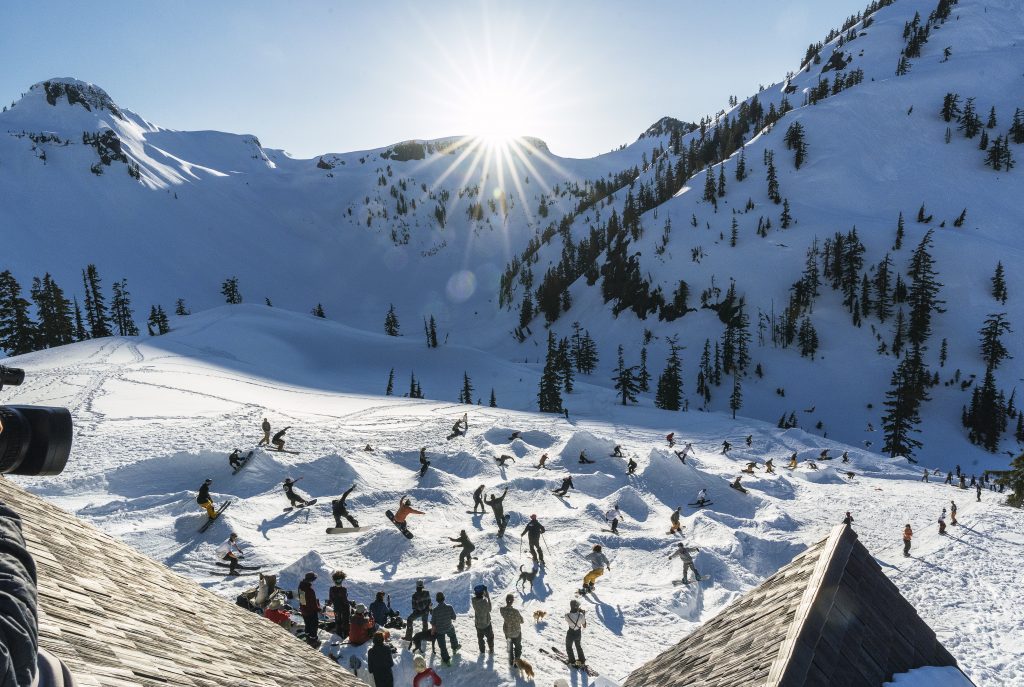 ABOVE A party wave to wrap up Brain Bowl Sessions 5. Photo: Joe Kunesh