“When you’re shooting fisheye, if you’re not scared that you’re going to get hit, then you’re not getting the shot,” Ashley Rosemeyer says. “If you can’t see their board right in your face, or the emotion on their face, then the photo isn’t really doing what it needs to be doing.”

Possessing that pure drive to properly portray action, being more concerned with the shot than she is her own safety—these are just a few of the traits that help this East Coast photographer live up to the nickname “Thrashley.” 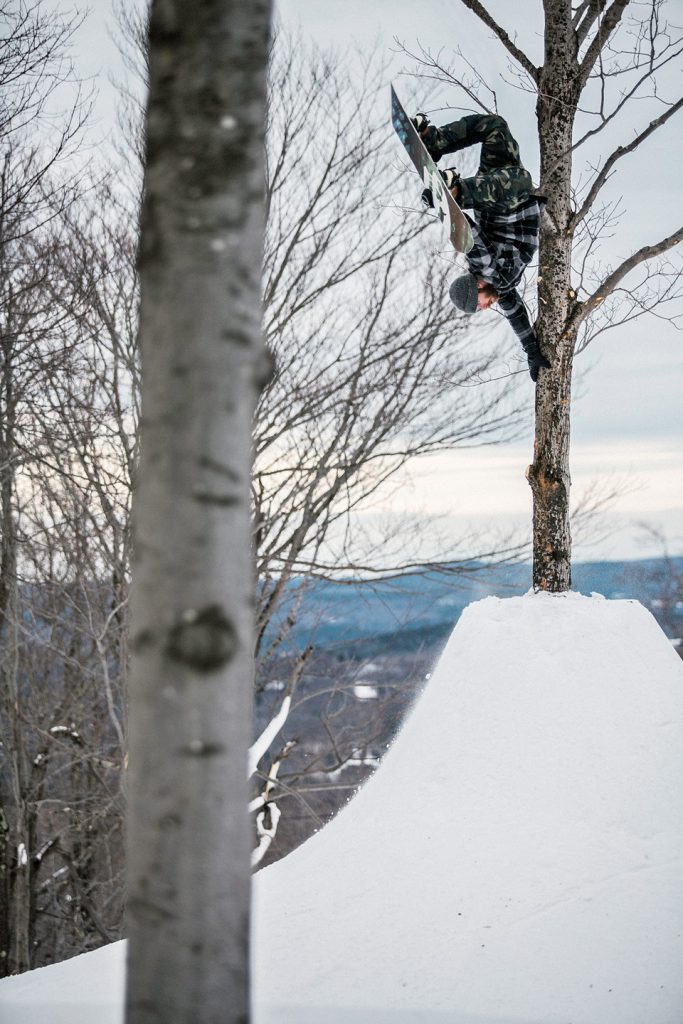 Born and raised in Pittsburgh, Thrashley focused her sights on the snowboard industry as early as junior high. Growing up just 30 minutes from Seven Springs, she rode the resort weekly, started watching Fuel TV daily and made the decision to become a snowboard photographer 16 years old. “I was watching all these snowboard shows and thinking it would be so sick to document it for a living,” she says. “I always thought about different ways to shoot photos and always had a camera on me; it’s been on my mind since I can remember. I’d go to the skate park or to Seven Springs and shoot the riders that I thought had the best style. It evolved from me going out with a single rider to going out with their crew, and it just took off from there.”

Now 29 years old, Thrashley is living her dreams while staying put on the East Coast. She stands out not only for being one of few ladies lined up next to icy park features with a camera in hand, but also for the artistic quality she brings to her work in these often brutally cold mountains. With a degree in photography from Pennsylvania’s Edinboro University, Thrashley moved to Burlington, VT, where she was quickly hired as the terrain park photographer for nearby Sugarbush Resort. Shooting with Mike Ravelson, Tyler Lynch and other riders in the area helped her build a reputation that soon reached across the country. When the winter of 2015 brought record-breaking snowfall to the East Coast, Thrashley was in position to take full advantage of it. “I linked with Danyale Patterson, and that’s how I met Maria Thomsen,” she says. “Then I got a call from [Snowboarder Magazine Editorial Director] Pat Bridges saying, ‘Jess Kimura has seen some of your photos, and she wants you to come out and shoot for Capita.’ For the past few years, the Uninvited crew has come to either Montreal or Quebec to shoot a lot of footage, so Jess reached out. We work really well together, so I’ve been the point of contact out here for her and The North Face.” 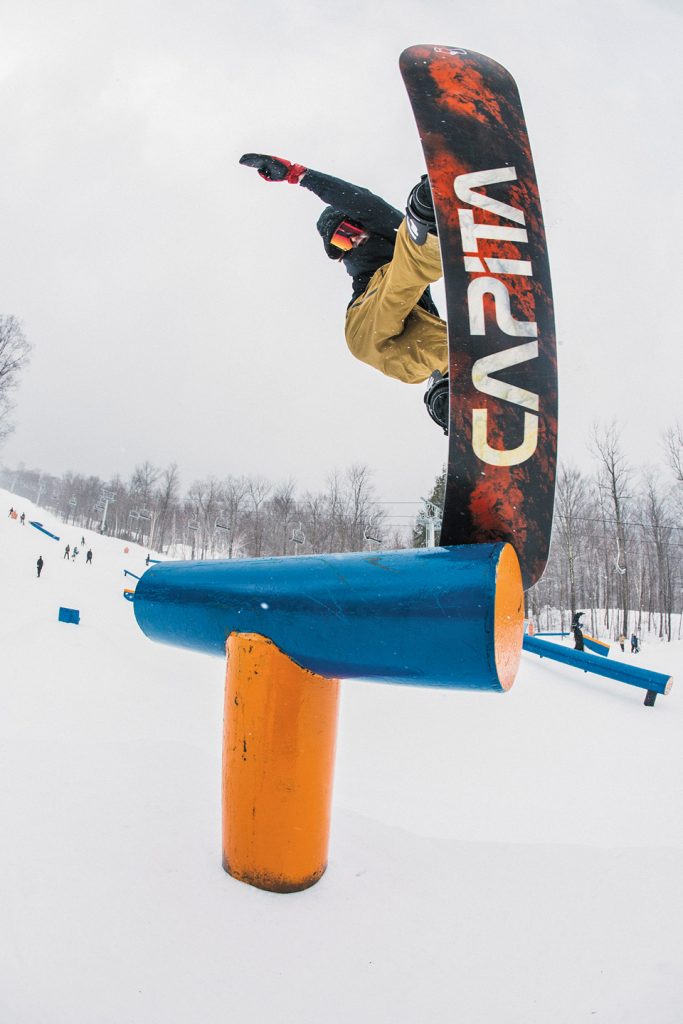 With Thrashley’s photos popping up in the pages of national snowboard media, Krush Kulesza of Snowboy Productions hired her to shoot his East Coast events. Along with editorial success, Thrashley saw her list of commercial clients grow to include Coal Headwear, Burton Snowboards and Union Bindings. Her work also has transcended the snowboarding world. With skills honed through years of freelancing, Thrashley recently landed a studio manager and photography gig at Driven Studio Inc., where she’s been creating content for Cabot Cheese and Ben & Jerry’s Ice Cream. “It’s dangerous,” she says of the company’s sweet perks.

Despite her growing role with Driven, Thrashley isn’t giving up snowboard photography anytime soon. The 16 year old in her wouldn’t allow it, which means she’ll continue putting herself in hazardous situations for seasons to come, steadfastly capturing the action unfolding in front of her. “I’ll climb a tree, or climb a ladder, or do something extremely sketchy just to get the shot that’s not something you’d normally see,” she says. “Sometimes I’ll hear people there be like, ‘Holy shit, she was so close to your head.’ And I’m like, ‘Well, nothing happened, my lens is fine.’ So I’ll just keep doing it.”

ABOVE Ironically, about a week after this article went to print in Issue 17.3, Ashley took Sean Dillon’s board to her head. Fortunately she managed to get the shot pictured here one attempt before the collision, and Ashley now plans to wear a helmet for future fisheye endeavors.

This article first appeared in Volume  17, Issue 3 of The Snowboarder’s Journal.