I was talking with Scott Lenhardt about the Glebelands cover of Issue 18.1 and he reminded how slow the chairlifts were back then. Those chairlift rides were just as important as the runs we took down Bromley. It was during those conversations that the foundations of our friendships and respect for each other were created. Scott had his parent’s camcorder back then and would interview each guy as they rode the chairlift together. I’m sure we probably said some cringe worthy things, but I distinctly remember always wanting to make those guys laugh as hard as they made me laugh. We were young and clueless, but we knew our bond was solid and never took it for granted. 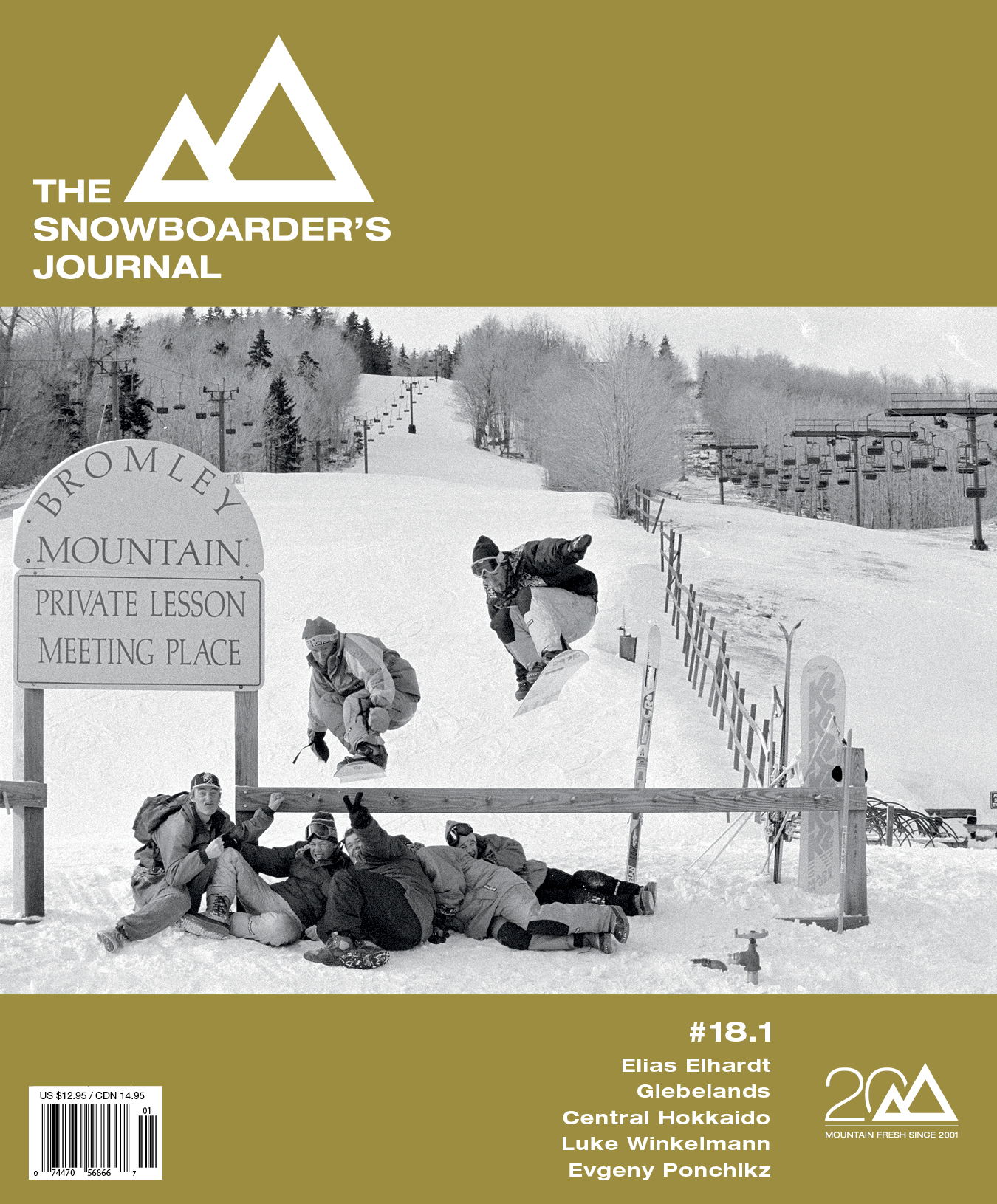 The other thing I love about this photo of the guys is how we appear to be the only ones on the mountain. No chairs running. No one coming down the trail. Just us, hanging out and making the most of the day before we had to head home.

But the story behind this photo begins well before then. When I learned about snowboarding and bought my first board, I was living with severe anxiety/panic attacks, which made me afraid to leave my home. I lived with this for a couple of years and worked through it with a therapist who helped me realize that going to a mountain to ride was possible. My best friend in high school, Randy Gaetano, introduced me to Gavin McMorrow, Nick LaVecchia, Vince LaVecchia and Mike LaVecchia, who is the “Captain” of Glebelands. 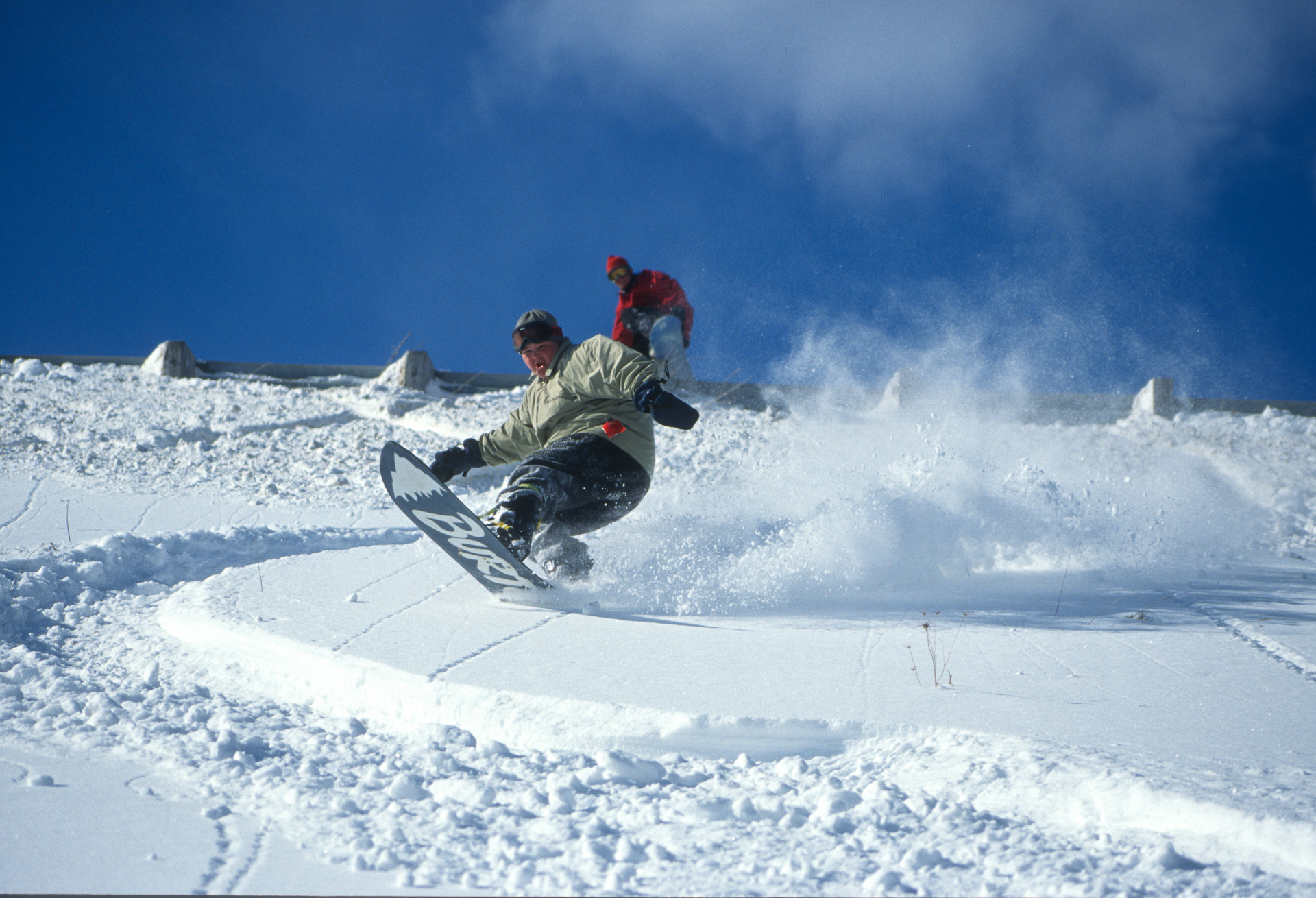 Mike LaVecchia after the lifts closed at Bromley, “seeking out any remains of the good stuff,” as he says. Photo: Jesse Loomis

We all started riding Bromley Mountain after Magic Mountain shut down in the early 90s. It was there that we met Scott Lenhardt and Jesse Loomis who quickly became part of the crew. We terrorized that mountain like the young punks we were, and the head lift operator Troy used to gather us all at the base and give us a talking to. We loved that mountain and would ride every bump, snowmaking pipe, fence, and side hit, rain or shine. Our friendships grew beyond our love for snowboarding and we all ended up working in the snowboarding industry in various roles.

“The lifties and snowmaking crew at Bromley weren’t big fans of us and Gavin McMorrow shows these skiers on the lift why, circa 1991.” Photo: Shem Roose

I hid my anxiety and eventual depression from the snowboarding world for many years for an assortment of reasons. I felt like I was weak and was ashamed for not being more “easy going” or “strong.” There are many people who helped me without really knowing what I was dealing with internally; but Glebelands knew and they have always been there for me. So, I’d like to take the time to thank this amazing group of friends I’ve known for 30 years—including those not in this photo like Sue Izzo, Andy Apgar and our dear friend Ari Vuotila.

“I wish we had video of Jesse Loomis doing this seatbelt grab late backside 180 over the box at the first Bromley park. I thought my backside 180s were on point until I saw ‘Jet’ do this.” Photo: Shem Roose

When I stopped shooting snowboarding full time in 2004 to focus on being a father and freelance photographer/filmer, I never imagined I would ever have another snowboarding cover.

To read the full, 18-page Glebelands feature and see these photos and more in print, buy Issue 18.1 or add it to your new subscription today.