Sometimes, things just go right. And I can’t think of a better place for that to happen than at the Dirksen Derby 12, Josh Dirksen’s inclusive-by-design snowboard rally race at Mt Bachelor, OR.

Case in point: on Thursday night, it snowed nearly a foot. Dirksen and his dig crew had been working for a week, hand-building two 30-second-ish banked slalom courses side by side from a 12-inch base. They’d used tarps to move snow, stacking a few dozen tall berms on the typically tight racecourse above Bachelor’s West Village Lodge.

Then, a powder day for practice day—a particularly welcome occurrence for those, like myself, who hadn’t ridden much this season as the Pacific Northwest experienced an atypically dry fall. But here was the first significant winter storm of the year tracking north. Check that “gone right” box.

Down at the course, practice ran smooth, and so did day one of the race. Instead of the usual wait-in-line-to-drop scenario, riders were rolling right into the start gate and categories were running earlier than expected—a rare occurrence, indeed. On Saturday, I found Dirksen looking unusually relaxed slopeside. “Yeah, it seems mellow, but we’re all ready for something to go wrong,” he said.

Yet it didn’t. Four hundred-odd folks, from the “mini-shreds” to the “yogis,” ran clean through the two courses. A few rocks poked through, but no one got hurt, perhaps because of the “try not to lose any speed” mentality that Dirksen applies to his course builds, perhaps because this was one of those gatherings of the tribe that just rolls with so much positive energy. The good vibes bubble couldn’t be broken. Sunshine, friends, a smooth run by Tyler Eklund—it all came together for three days of hot laps under crisp central Oregon skies.

But the feel-good story of the weekend went beyond who raced or who won. As Dirksen explained, “Pat Malendoski, our friend [and legendary park builder], was diagnosed with brain cancer four and a half years ago. It’s been getting more challenging as time goes by, and he recently had another surgery that affected the right side of his body. He wasn’t sure if he was going to be able to snowboard anymore. Then leading up to the event, he came out to take some runs and his muscle memory was there. Snowboarding worked better than walking, even. After riding for 30-something years he thought he might not be able to snowboard anymore. After his first run, he was so stoked. It was a really fun, special moment.”

And if that isn’t a weekend gone right, I don’t know what is.

Thanks to Josh Dirksen, the diggers, timers, riders, food providers, Mt Bachelor, sponsors and attendees. Dirksen Derby 12 was a perfect welcome to winter, and I hope the positive vibrations carry through this season and beyond.

Every year, the Dirksen Derby raises money for a variety of causes. This year, it was for Tyler Eklund, as always, as well as Protect Our Winters and the Central Oregon Avalanche Center. If you missed out on the raffles or just want to pay it forward, you can donate at protectourwinters.org and coavalanche.org. 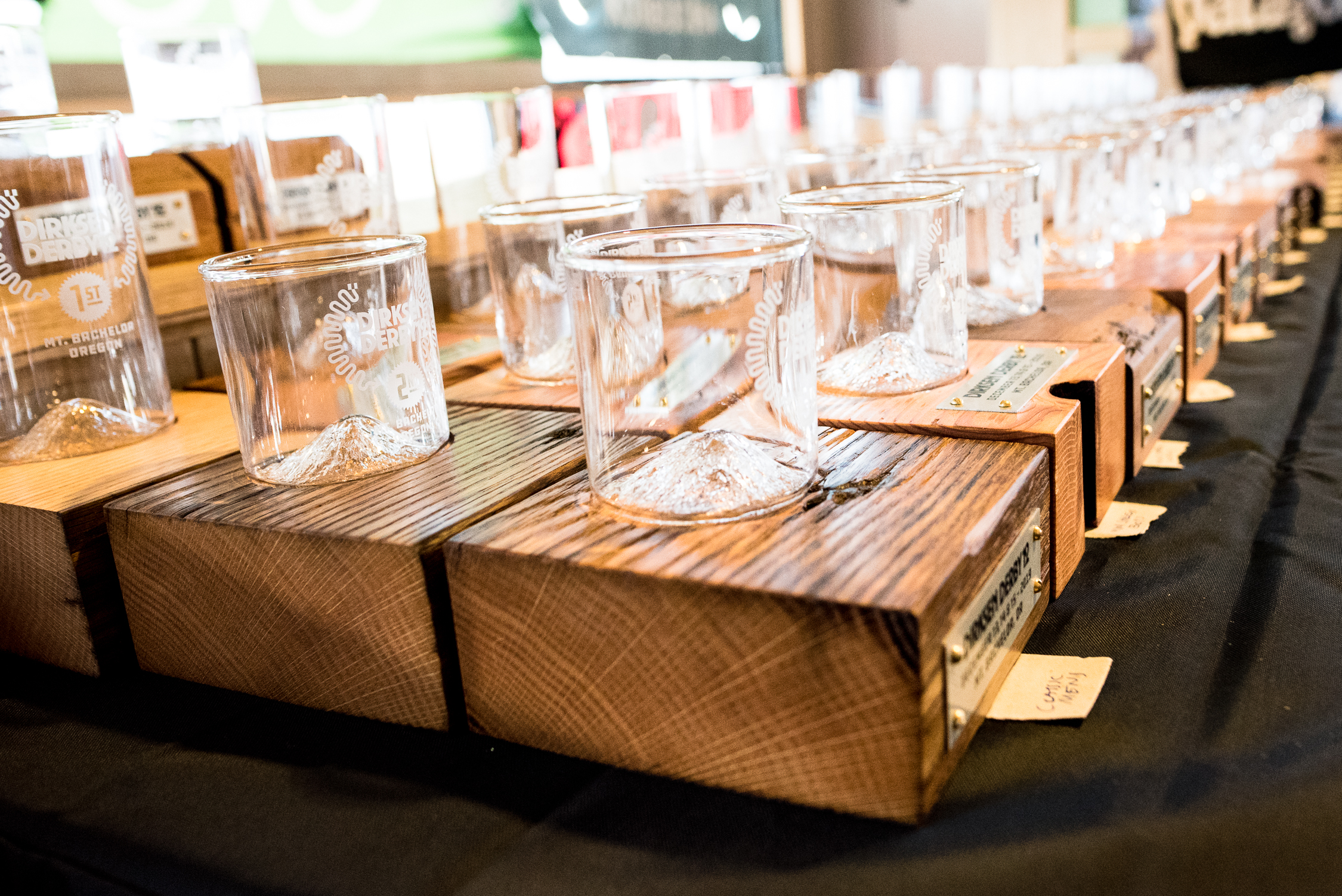