“I’m picking up Hoth vibes,” I jest to my copilot, videographer Colby Mesick, as we trek eastwards through a blizzard engulfing Canada’s Crowsnest Highway. A cheeky reference to Star Wars’ iconic wintry planet is astronomically cliché in these snowy circumstances, sure, but a bit of hokeyness comes with the territory of liking Star Wars. Little did I know that my Hoth quip would be such a fitting preamble to our three-day trip at Gostlin Keefer Lake Lodge, British Columbia’s newest catboarding operation. As it turns out, the lodge’s owner, Jeff Gostlin, is a big, big fan of the far, far away franchise. 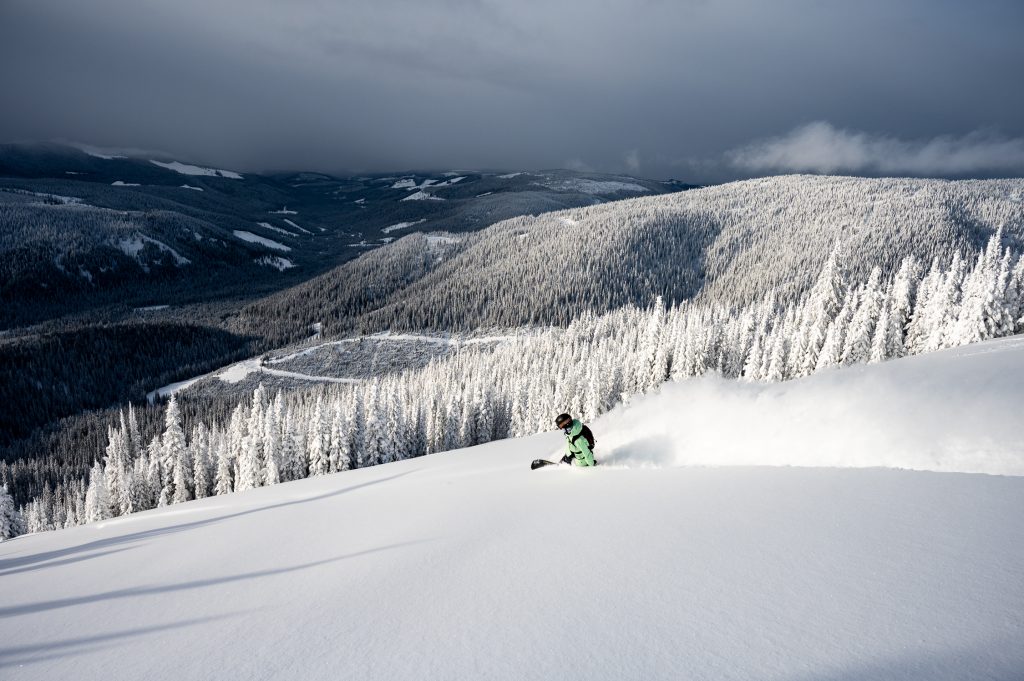 ABOVE There’s never a dull moment with Alex Pashley, Athlete & Strategic Partnership Manager at Smartwool and Boogie Boarder at ocean. 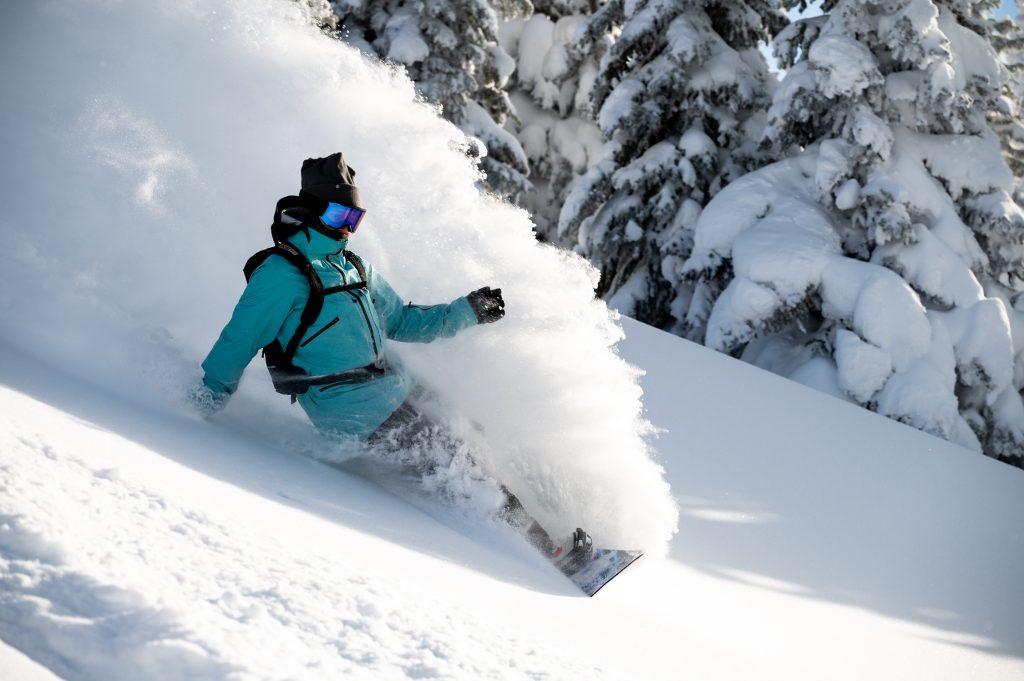 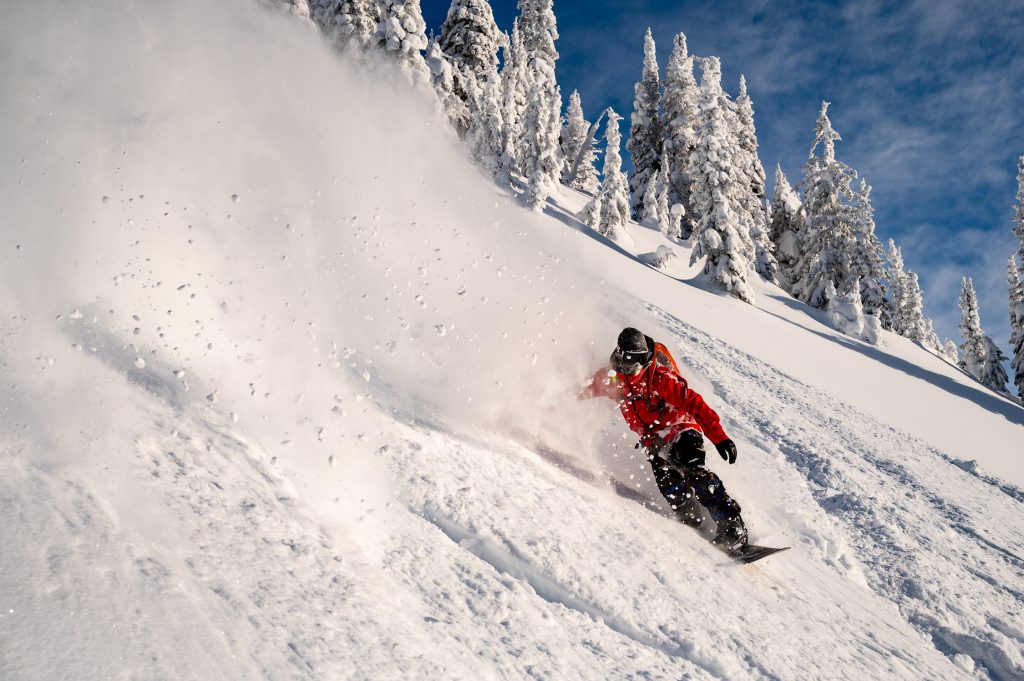 ABOVE Global Sports Marketing Manager for The North Face, Scott Hibbert. Scott is a former pro skier but can definitely handle himself sideways.

Hyperdrive to the following morning and our crew is loading into a snowcat dubbed “Rogue One,” named after the arguably underrated 2016 film, “Rogue One: A Star Wars Story.” Another group files into “The Star Destroyer,” a title bestowed upon the machine in honor of the insidious Imperial spaceships which first appeared in “Star Wars: Episode IV – A New Hope,” the inaugural installment of the epochal space opera.

Situated in the Monashee Mountain Range, Gostlin Keefer Lake Lodge sits on more than 86,000 acres of terrain. Luckily for us, these snowcats are going to do most of the work when it comes to us accessing lines throughout this alluring zone which features a nice variety of tree runs and open faces. Our A-1 guides have a strong understanding of the area’s current snowpack and will lead us to zones where we can mitigate avalanche danger. As for oncoming attacks from X-Wings and TIE Fighters, this morning’s reports read “Moderate.” The latter is deemed a manageable concern, one that we’re willing to navigate in the pursuit of powder. Engines fired; we lift off. 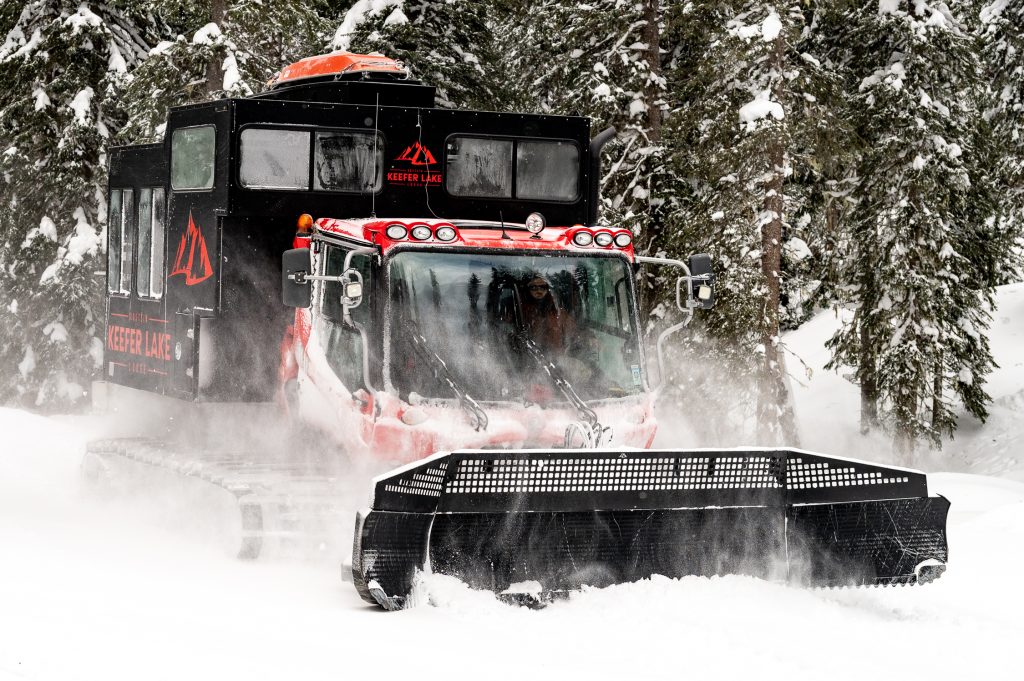 ABOVE Rogue One, reporting for duty. Gostlin Keefer Lake Lodge’s two snowcats are truly incredible pieces of machinery: Pisten Bully PB 400s, each outfitted with plush seats and heated cubbies for helmets, goggles and gloves. The folks in our crew were surprised just how efficiently the heaters worked. Now, we’re all still very much recovering to the reality of riding without the luxury of warm, comforting, fog-less goggles gracing our cheeks at the beginning of each powder run. C’est la vie. 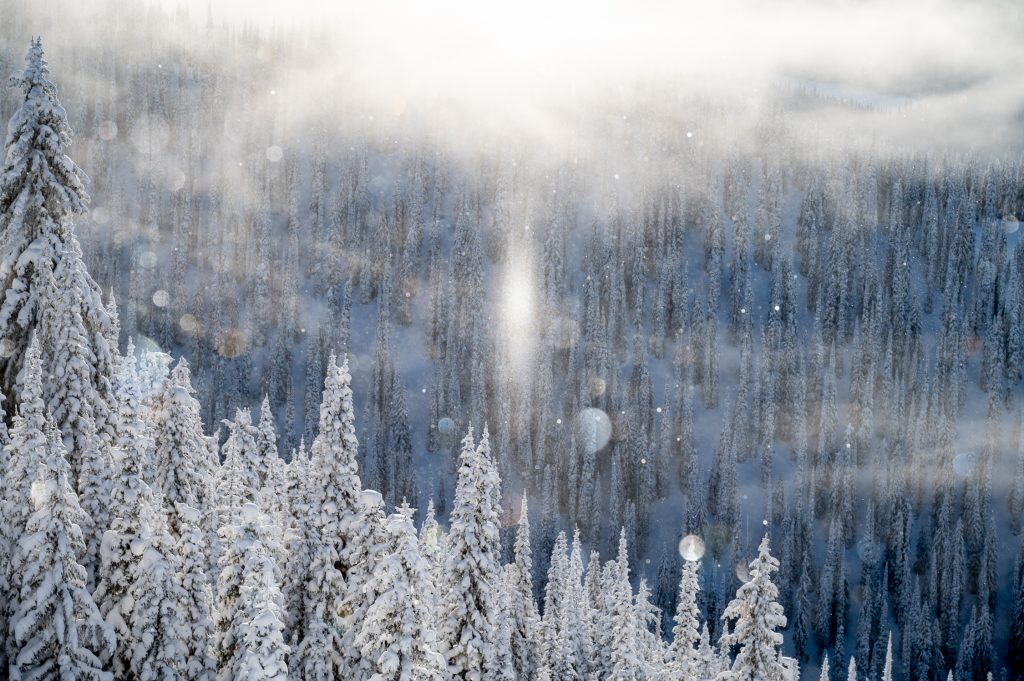 ABOVE Intergalactic, planetary. Planetary… Intergalactic? The clouds broke and let the sun shine down. With it came a palpable pull of wonder, potential and delight. Some, myself included, would say that this supernatural force was… rather strong.

ABOVE LEFT Owner of Gostlin Keefer Lake Lodge, Jeff Gostlin, enjoying a Keefer Lake collaboration beer after the last run of a deep January powder day. Judging by how smoothly the whole operation runs–from the quality of the cats to the proficiency of the guides, as well as often overlooked factors such as those heated helmet cubbies, the perfectly situated mudrooms, etc.–it is highly evident that Jeff pays close attention to what makes a cat op great and works his butt off on every aspect of the business to ensure that visitors are having a blast. In addition to running a tight ship, at heart Jeff’s just another dude who really loves shredding pow, telling jokes and having a great time with people who can relate. Fortunately for Jeff, his and his team’s work mean that they’re able to share the magic of the Monashees almost everyday of the season from December to March. That’s bringing balance to the force.

ABOVE MIDDLE “Great shot, kid! That was one in a million!” — Han Solo. The exuberant lad pictured here generally goes by the name of Sean Johnston, but for the duration of our stay at Keefer Lake Lodge, Sean wore the moniker of “Big Winner” with this smile to match. That’s because Sean was the lucky grand prize winner of our contest raffle drawing which awarded one subscriber of the print edition of The Snowboarder’s Journal their spot on this trip. It came as little surprise to the crew that, in classic print subscriber and Big Winner fashion, Sean rips. He makes his own powsurfs, too.

ABOVE RIGHT Bryan Fox befriending Loki, one of Jeff’s dogs and an honorary mascot of Gostlin Keefer Lake Lodge, per se. But don’t let that title fool you–Loki rips powder harder than a lot of the humans who come to Keefer and there are pictures to prove it. 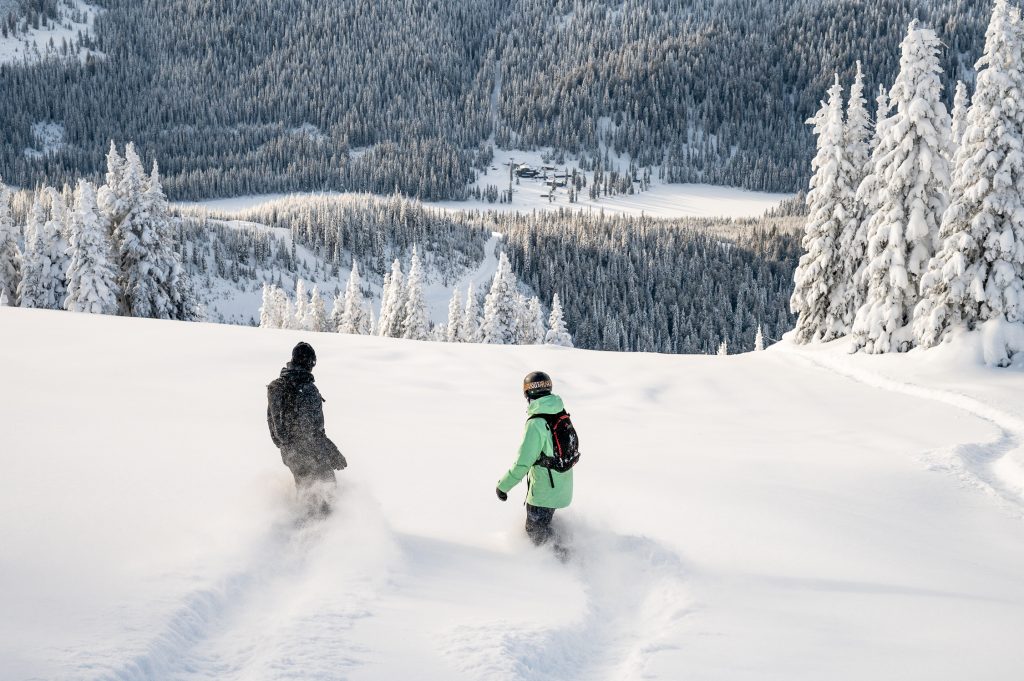 ABOVE Bryan Fox (left) and Zoë Vernon descend a mellow morning lap to get the legs going. Like most things in life, pow days are better with friends. From here you can see the lodge off in the distance. 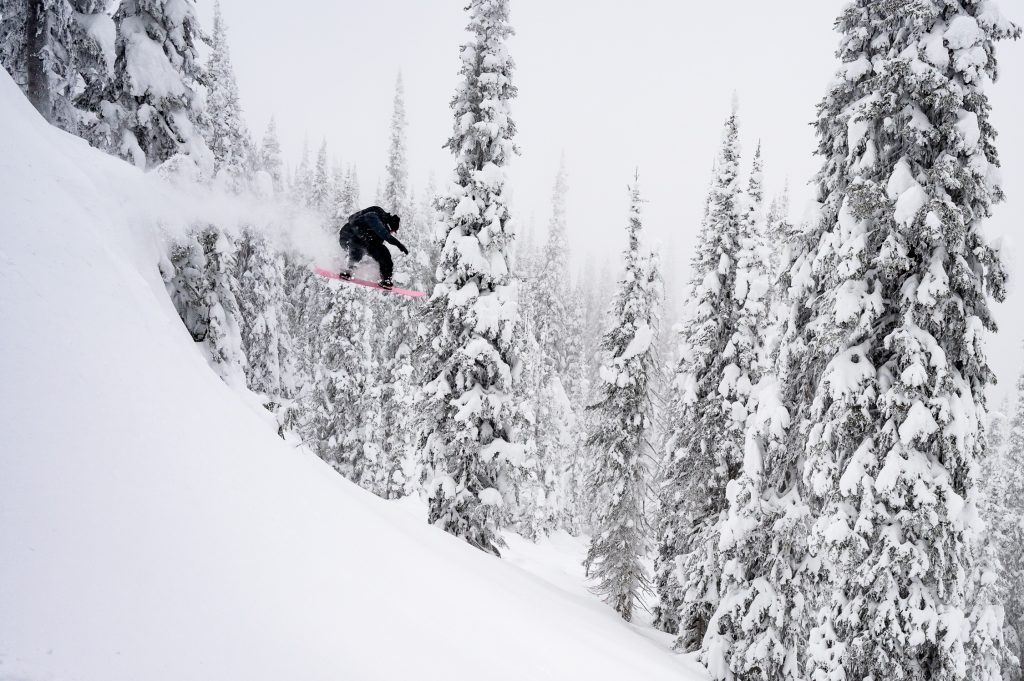 ABOVE Bryan Fox and a simple ollie. Oftentimes, this is the way.

Our troop consists of Bryan Fox, Zoë Vernon, a few of our staff at The Snowboarder’s Journal and several close friends of the publication. It’s the first week of the new year and with temps hovering in the teens we’re rearing to cut through cold smoke like lightsabers through… well, just about anything you can think of. We spend the next three days doing exactly that, the weather complimentarily coinciding to reveal Keefer’s cosmic charm more and more with each passing moon. What begins as a low-visibility pillaging of powder among trees gradually transforms into the full-on, wide-open bluebird affair that we’d been hoping for. The snow is crisp and quick, although with enough force it is easy to find the hardpacked bottom lurking below fresh snowfall. Being that it’s still relatively early in the season, we keep things rather mellow, blasting only a handful of airs throughout our stay. We instead focus on simply turning, connecting and reconnecting with ourselves, each other and the mountains, and answering the call of a few low angle runs with unstrapped attempts on snowsurfers. Hilarity abounds our laidback wiggle-fests. Cue the cantina band. 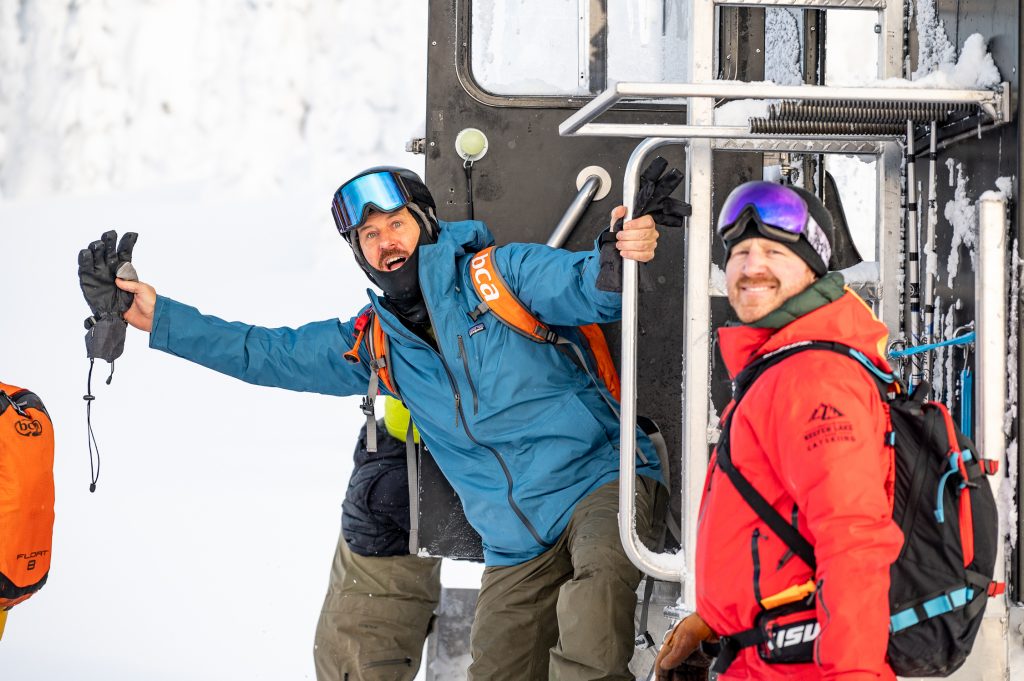 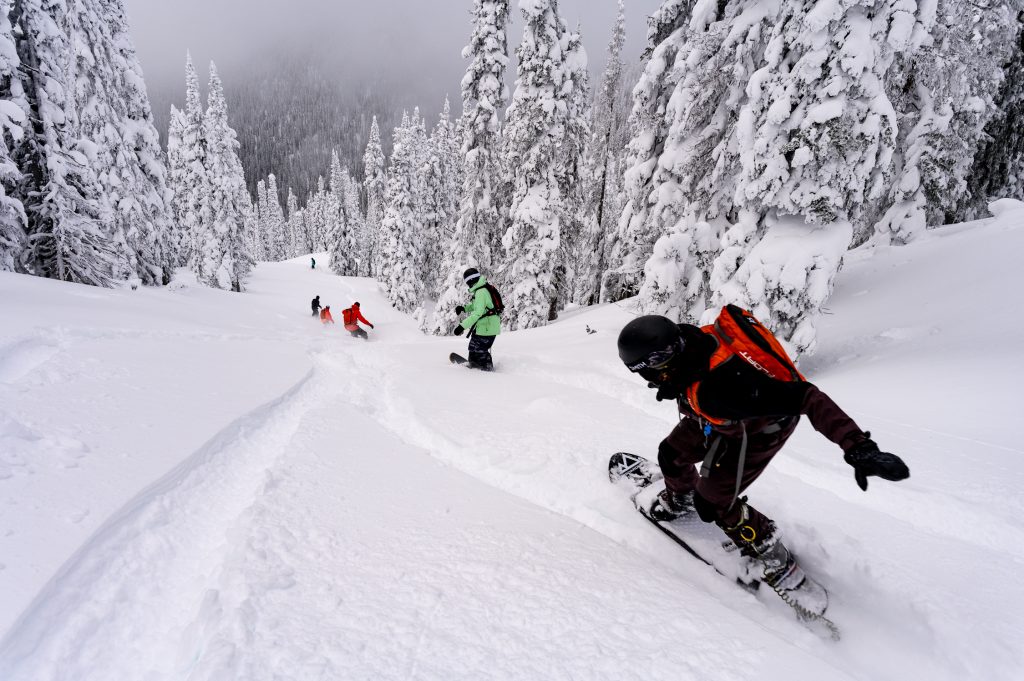 ABOVE A lil pow surf party wave. Everyone in this picture is riding unstrapped. Few, if any, made it to the end without falling at least once.

ABOVE (Left to right) Morgan Bennett, Tim Franz and Bryan Fox. Tim is in a band called War Puppy. They’re actually the creators of the song scoring the video above. The song is entitled “Taun Taun,” in reference to the Tauntaun reptomammals inhabiting–you guessed it–the snowy planet of Hoth. 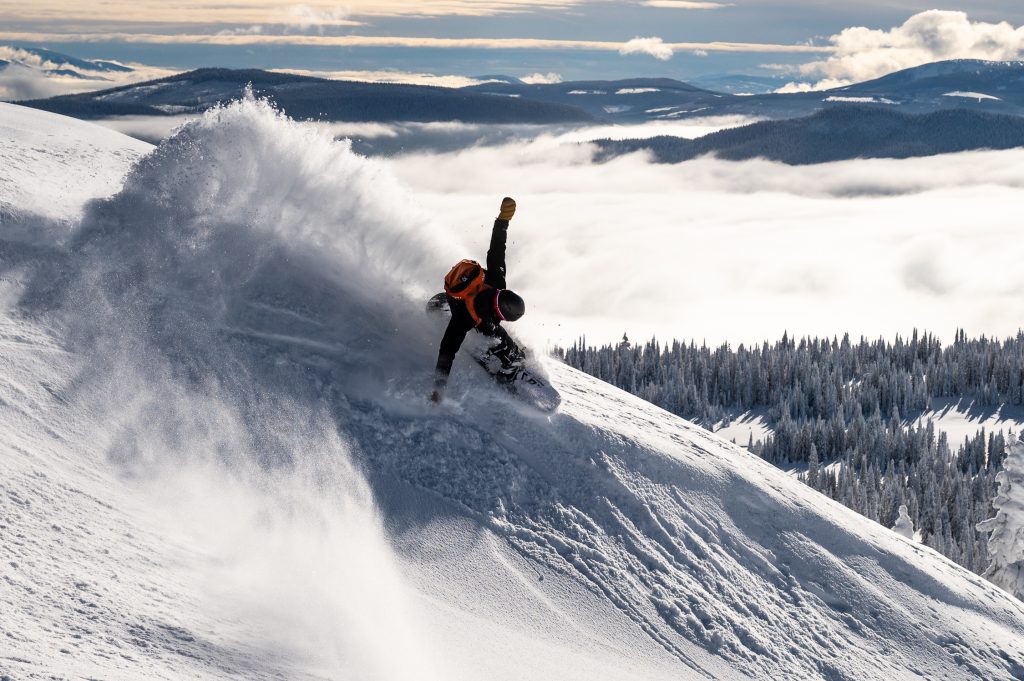 ABOVE A bit of blue and railing steel. Out of left field, Colby Mesick: certified ambiturner. 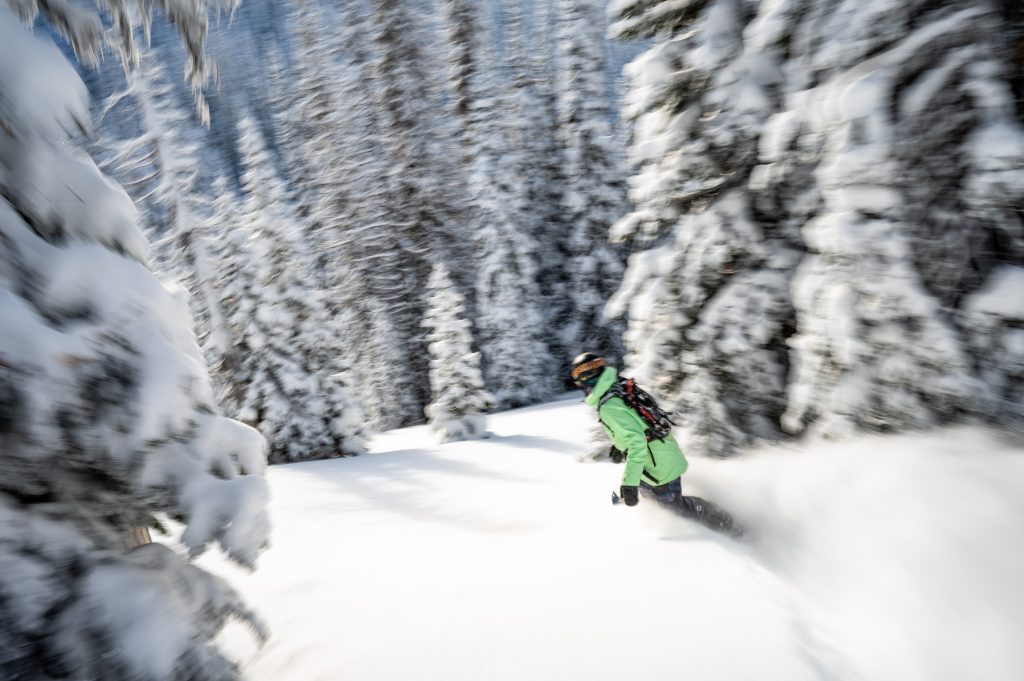 ABOVE Traveling through hyperspace ain’t like dusting crops. Without precise calculations one could fly right through a star or bounce too close to a supernova. That would end a trip real quick. In lieu of these potential hazards, sarlaccs and more, Zoë Vernon keeps her calculations precise. 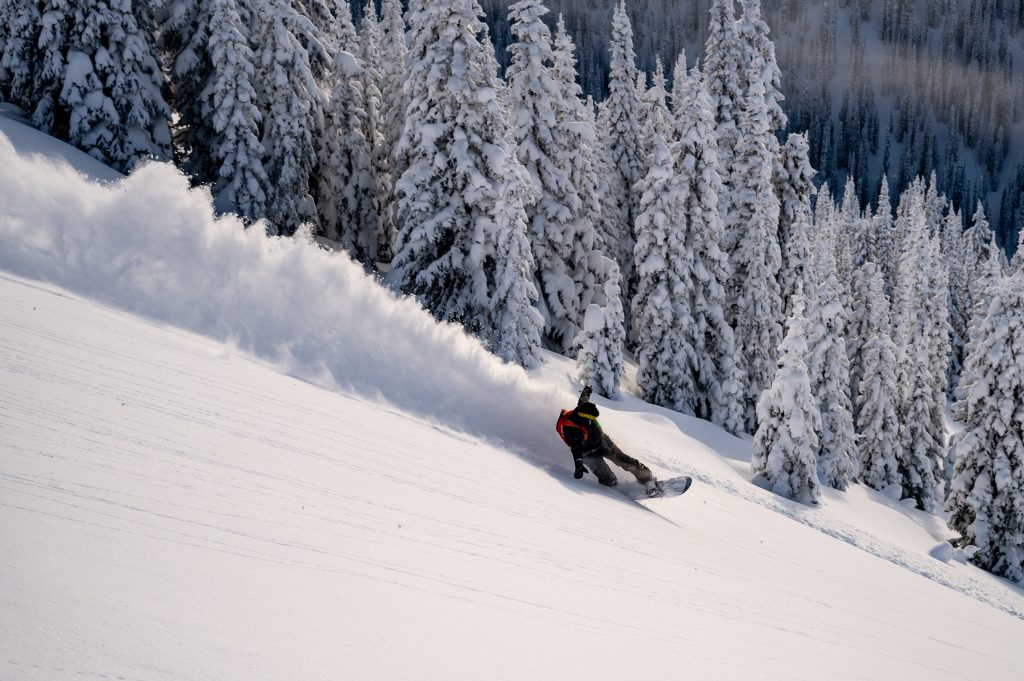 ABOVE Sean McKillop getting really wheelie on the cold-smoke. Woo-wee, Jedi. 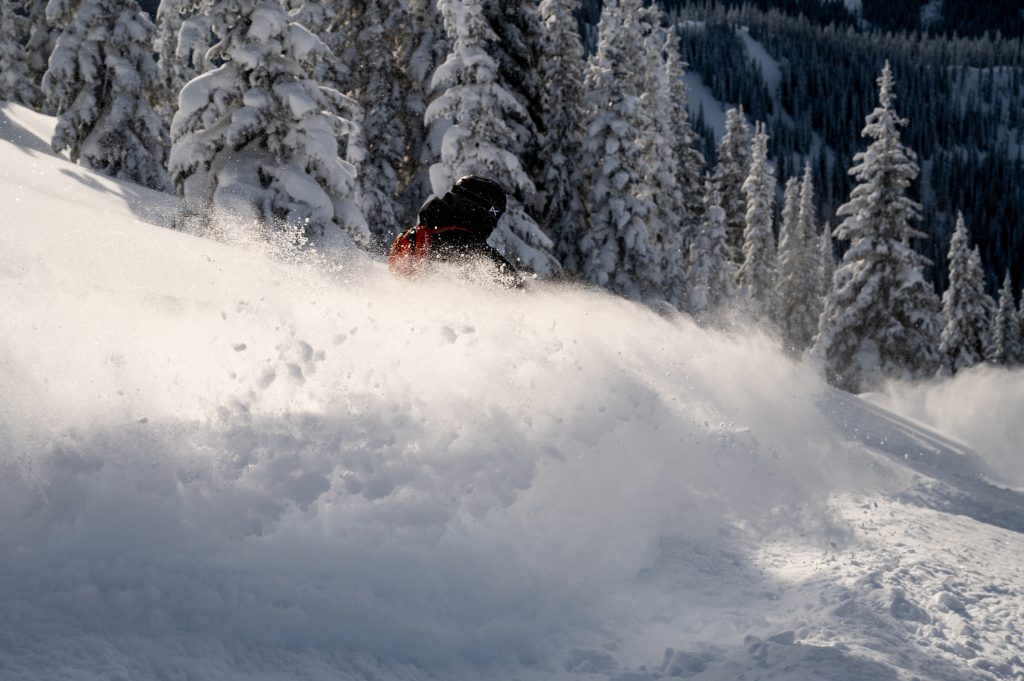 ABOVE Good, good… let the snow flow through you. Mark Wakeling, flowing through the snow.

In addition to the enjoyable snowboarding, it’s hard not to love the top-tier accommodations that fill up every other minute of our days at Keefer. A finely situated hot tub, nearby sauna, choice après snack selections next to a comforting fire directly following riding–oh yeah, the list goes on.

Over an out-of-this-world, three-course dinner on the final evening of our stay, Jeff paints a picture that explains the attention to detail exhibited and enjoyed through these finely tuned points of his operation. “I’ve been doing this for 30 years,” he says. “I was a guide for 22 years, and my dad brought me catskiing for about seven winters before that.”

Despite Keefer’s Padawan age, its sophisticated nature makes much more sense now. Sure, in years the operation is fledgling relative to others. But Gostlin Keefer Lake Lodge was crafted at the hands a cat op Jedi. Reflecting on the fall line to the lodge and everything in between, after a few days that flew by a little too quickly at Gostlin Keefer Lake Lodge it’s easy to say: the force is strong with this one. 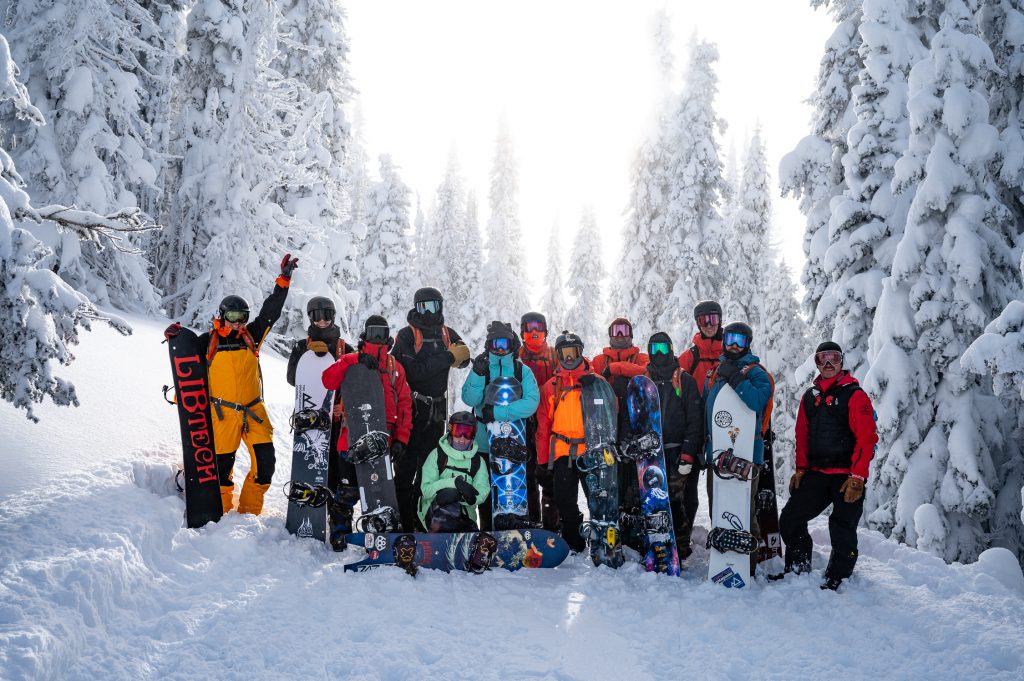 A special thanks to Jeff Gostlin, Nicole Murray, Dave Gostlin, as well as the gifted chefs and gracious operations and lodge team members who work together to create such an incredible operation. We’ll be carrying warm memories of our time enjoying the cold smoke that can be found riding at Gostlin Keefer Lake Lodge.