Twenty years is a long time to do any one job. In pro snowboarding, it’s an eternity. Think about where snowboarding was at during the turn of the millennium—we’ve seen dozens of trends, hundreds of riders come and go. Yet Hana Beaman’s been there through all of it, and she continues to evolve.

Hana’s progressed, for sure, from a contest-focused Californian to a backcountry stalwart based in Bellingham, WA. But she’s maintained a consistent character: strong and powerful, irreverent, down to rally a crew and make things happen. She’s become a mentor, she’s dabbled in extracurricular pursuits, and she’s continued to push the sport. Now in her late 30s, Hana still sits near the top of the pile when it comes to her skillset, as evidenced by her recent success on the Natural Selection Tour and recent on-screen appearances with her longest-tenured sponsor, Vans (see Listen the Eyes, in particular), and others (most notably Elena Hight and TGR’s Blank Canvas).

Recently, we caught up with Hana at Mt. Baker Ski Area to document a casual day riding the resort and its adjacent backcountry, and to talk story. Hana weighed in on her footloose winter, enduring role in snowboard culture, and more—and she did it in classic Beaman style, with a mic in hand. 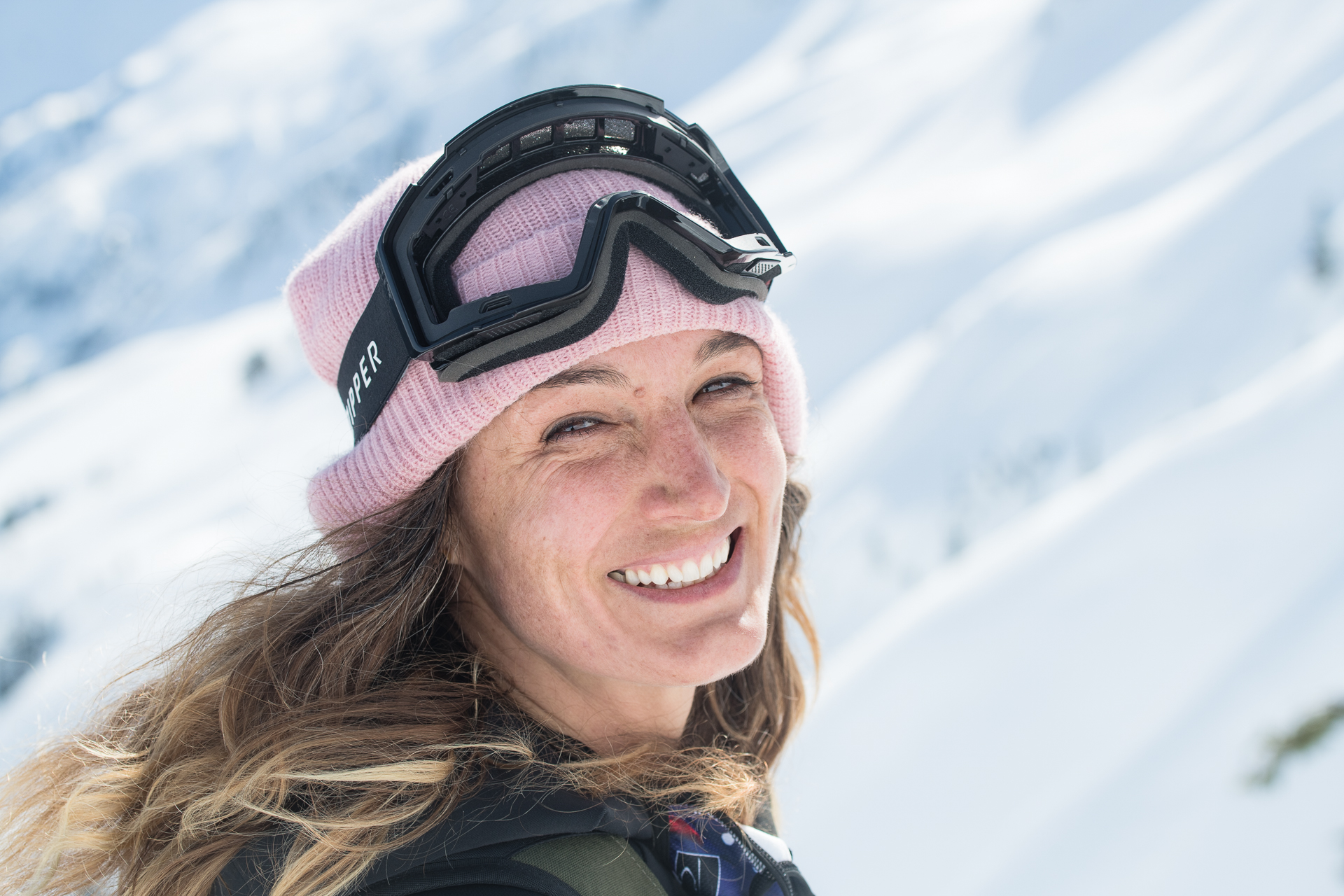 The Snowboarder’s Journal: You’ve barely been home this winter—where have your travels taken you?

Hana Beaman: I had some pre-season splitboard days around Mt. Baker, then I went to California to hang with my family. I rode Mammoth and Big Bear, even scored a powder day at Snow Summit, but mostly I was riding park. I hadn’t done that in a while—it felt good. I was trying to get my jumping skills back to get ready for Natural Selection.

Then I went to Jackson [WY]. I linked up with Elena Hight and Michelle Parker and hunkered down for a couple weeks, snowmobiling, splitboarding and warming up the powder legs. Near the end of that I went out to a backcountry zone with Pat Moore, Mark Carter, Curtis Ciszek and Alex Pashley. I had just one goal of doing a backflip before the contest, so we built this jump and didn’t build it right and moved onto another. It was perfect, tons of compression [laughs]. It helped me land my one backflip and get ready. 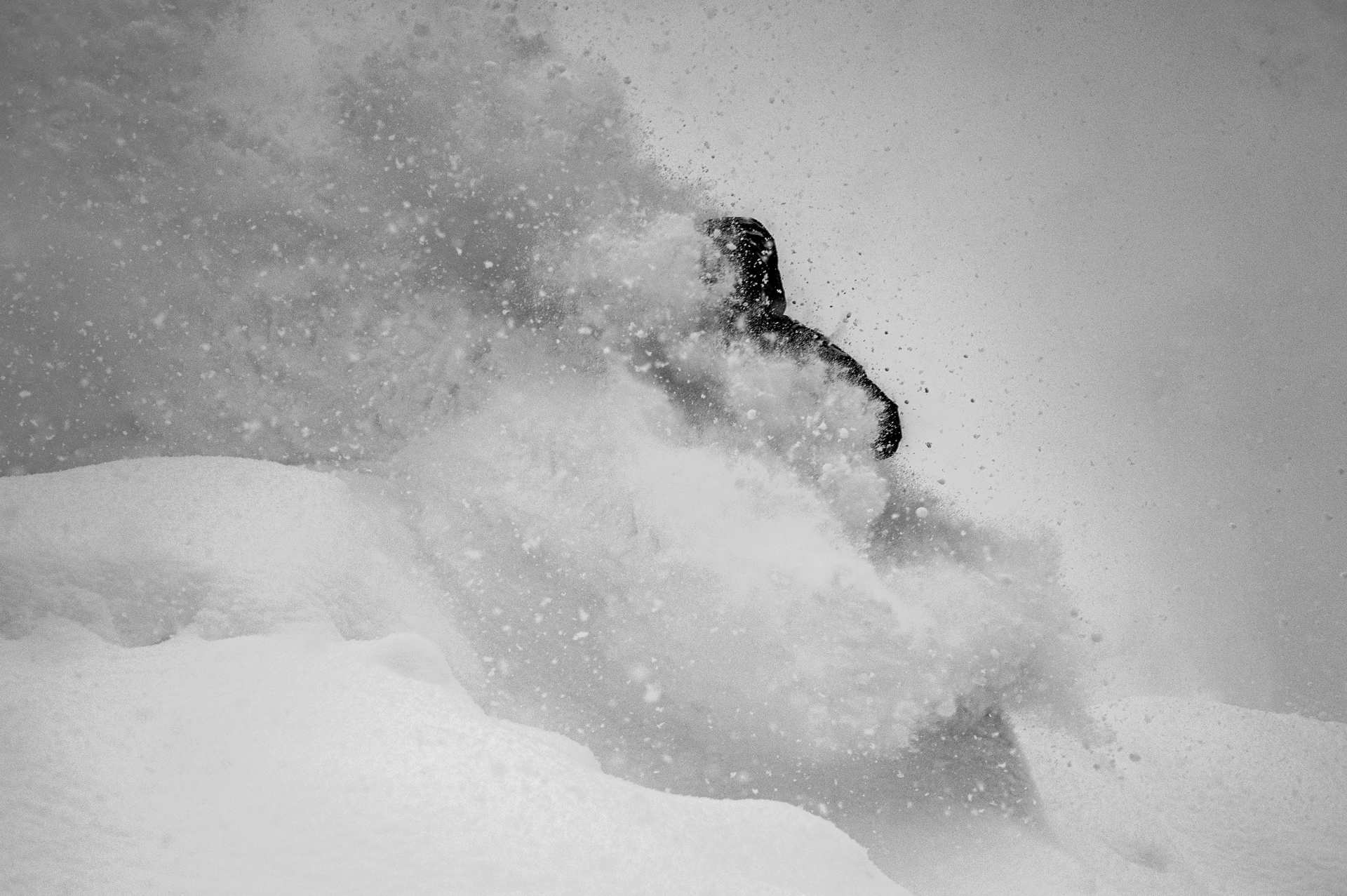 How was it competing at a high level again? You got third, so I imagine it felt pretty good.

I had a pretty good idea of the course. It was more like, what were the conditions going to be like and what to hit? Everything looked so good. I had a line, but after my first run, it was pretty bomb holed, so I switched it up and started making a lot of last-minute decisions. It was a lot like freeriding—you get to the mountain, things change, the snow changes. Travis [Rice] said it really well: you gotta adapt and overcome, like natural selection.

At the end of that event, I was really happy that it went well for everybody. And I was happy that I put a good run down. I wish I wouldn’t have nose-picked my backflip. I could’ve upped my run a bit more, but what are you going to do? I was really excited to see the other girls ride and I was energized watching Zoi [Sadowski-Synnott]’s [first place] run. Seeing her improve over a couple days was awesome.

We also got to ride some powder over the event window and got to get into the course just after the event when it was still nice to shoot a bit, take a few more laps. That was awesome. That was my highlight. There were so many things I wanted to hit and wasn’t able to within the five or six runs of the contest. 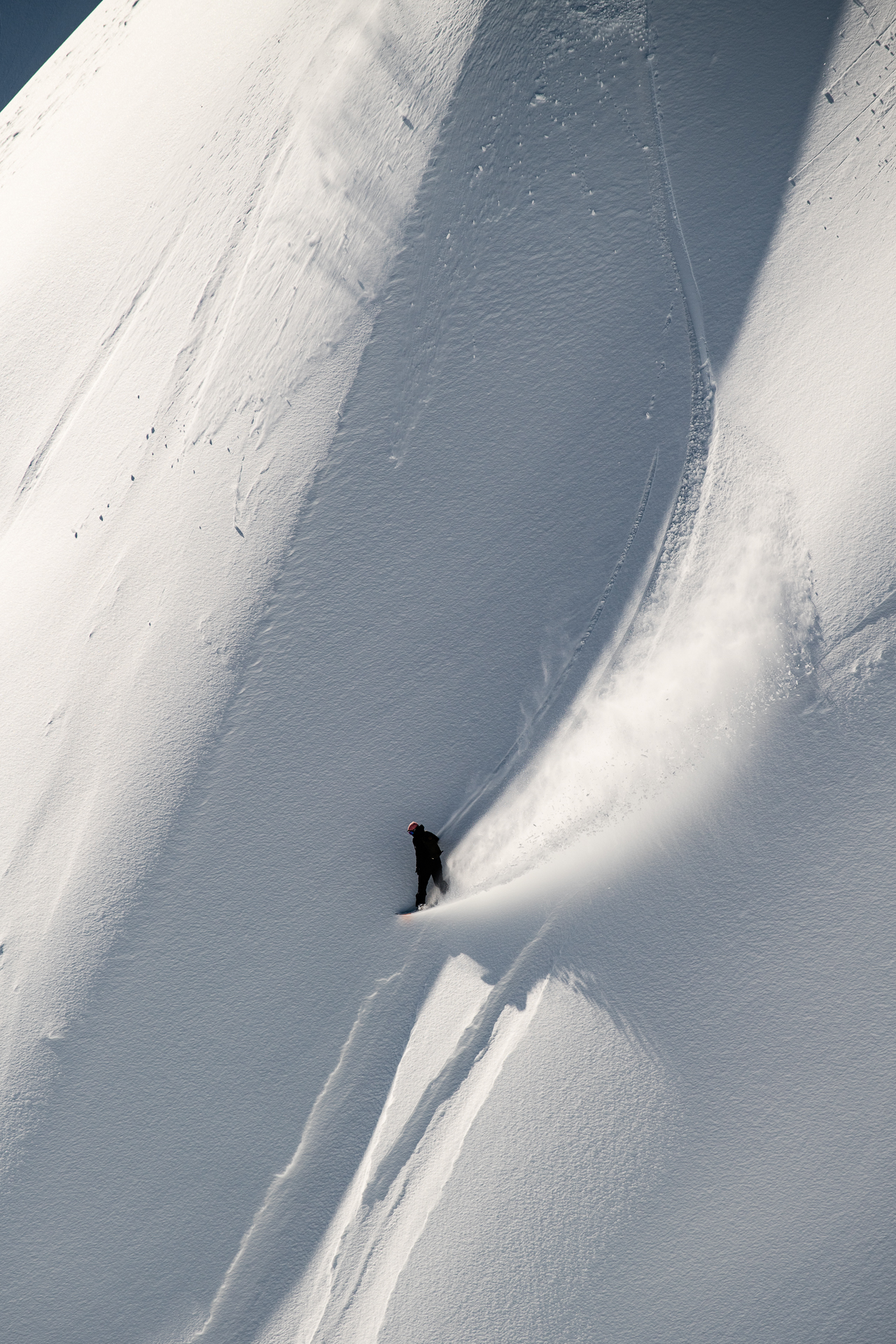 Did you hang in Jackson for a while after that?

I hung out for five days between Natural Selection and the Kings and Queens [of Corbett’s] event.

Is contest Hana back?

I am definitely not in the contest mind frame—I’m still in the filming mind frame. And if I’m going to do the [Natural Selection] Tour again next year, I need to change that. I need to be more aggressive, strategic, and get my head in the game.

I was expecting to go film after Kings and Queens. I linked up with the 686 crew at Stevens Pass for a few days, got home, got my life in order, then two days before everyone was supposed to go to the Tordrillos, Travis called me and said Marion [Haerty, the French woman who got second place at the Jackson Hole Natural Selection stop] might not be able to make it back into the States because of COVID travel policy changes. I booked a flight knowing there was still a chance she would get there, but I got the call on Thursday morning that I was 100 percent in and got on the flight that afternoon. 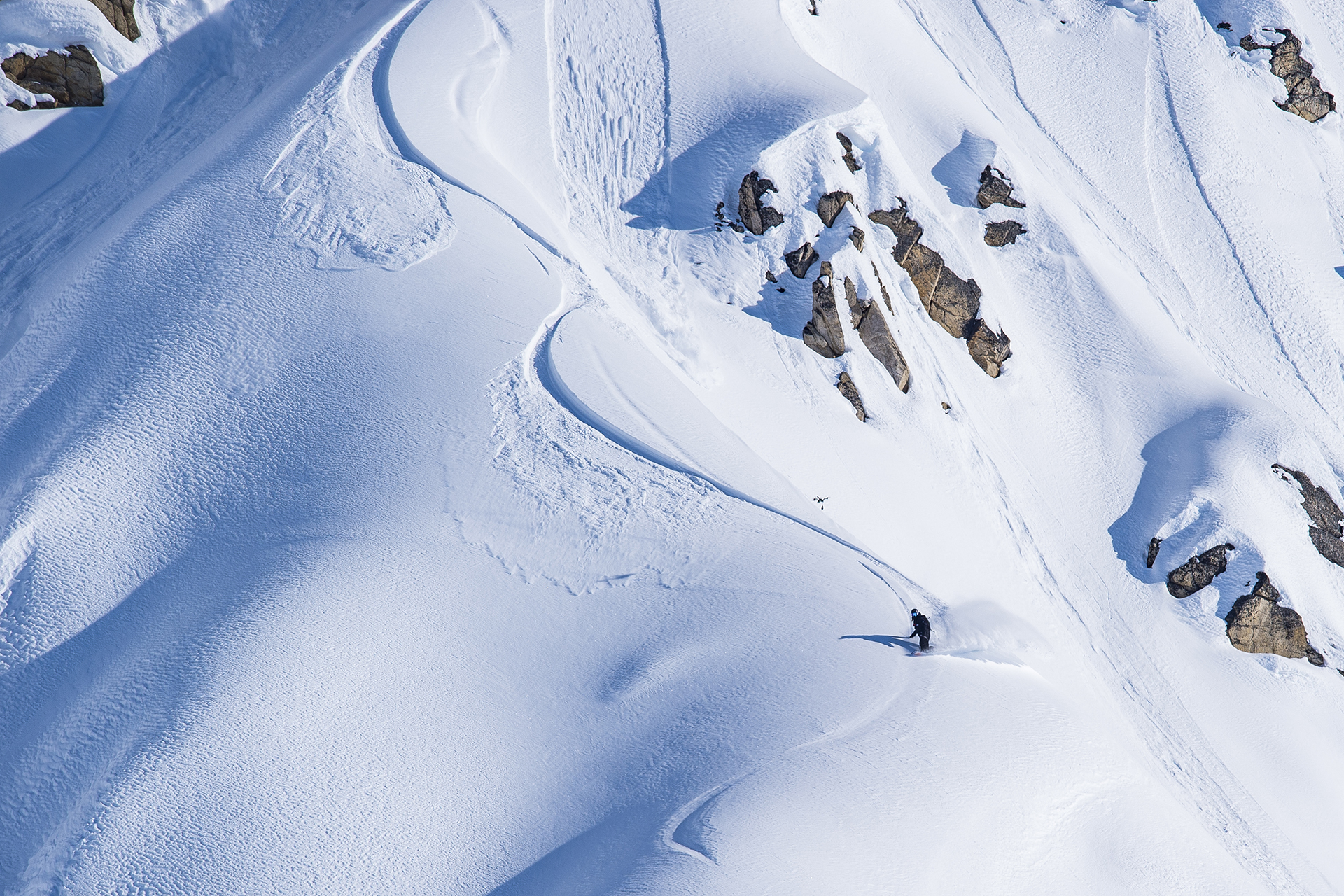 I felt like I’d won already just getting to go up there. The conditions weren’t ideal, it hadn’t snowed in a few weeks, but they were still good enough. We all had a really good time. The crew was amazing. Just being at the lodge with all the extracurricular activities—the sauna to lake plunge, shooting guns, skate skiing, noboarding behind a snowmobile, eating delicious food… there’s so much to do up there beyond the snowboarding. And of course, we did some shredding. We were hunting for the good stuff and we found some fun pockets and had a good time.

Now you’re home, enjoying spring at Baker. Sounds like you’ve been dabbling in a few things outside of snowboarding—you’re about to go show a home for your real estate job this afternoon?

I’m about the dabble. The last few years I’ve been doing real estate. I’ve always been into homes and keeping an eye on the market and it just seemed like a good way to get into something that could also make a little bit of money, and in the long run provide another career for me. Cause you never know, snowboarding could end at any moment. Real estate is appealing because you can set your own schedule. It makes my summers a little more productive and sets me up a little bit better for post snowboarding. 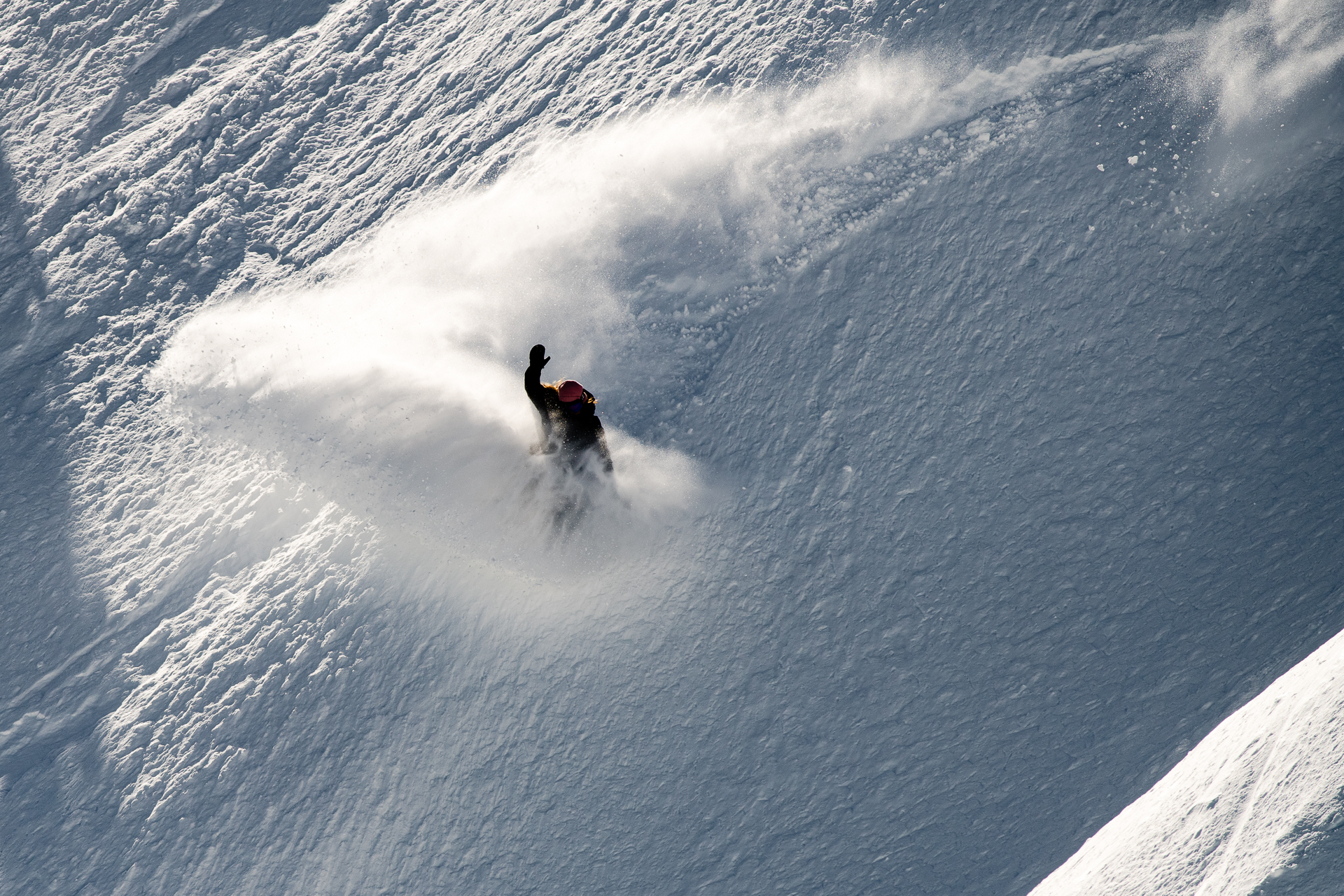 You’ve been riding professionally for two decades and are still signing new deals though—it doesn’t seem like the end is imminent to me.

Yeah, I’ve been with Vans for 20 years and Ride for 13 years, Von Zipper for 13 years… when I started snowboarding as a job, I didn’t think I’d be signing new sponsors at 38, but I just joined 686 and Hemp Fusion, which I’m pretty stoked on. When I started, nobody really knew how long you could be a professional snowboarder. That was the question all your friends and family asked: how long do you plan on doing this? I always said, “As long as it’s an option,” and I still feel that way. I feel so fortunate to be able to do this for a living and if I can do it, I’m going to do it. But that doesn’t mean I can’t explore other things at the same time. 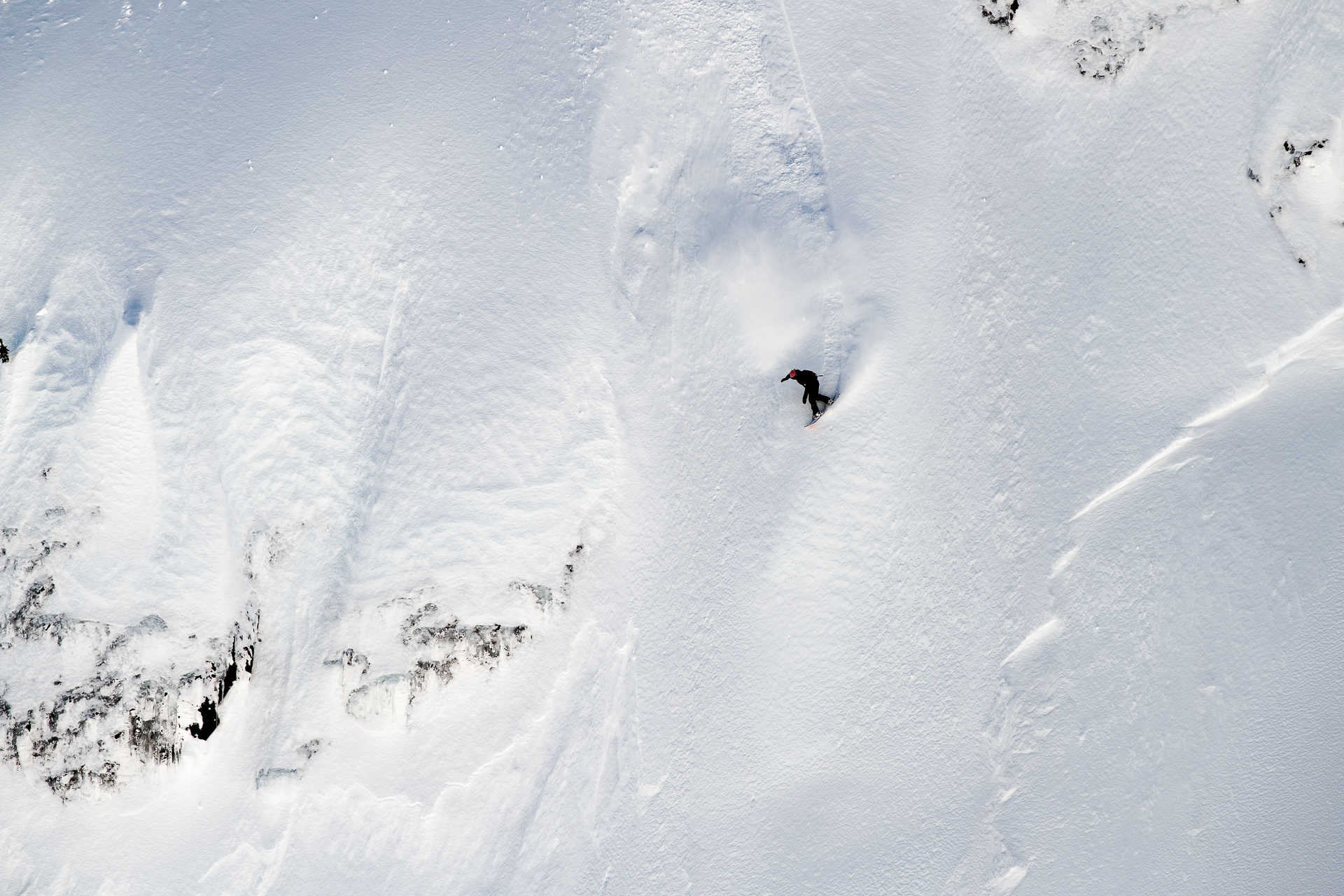 At speed in the Baker backcountry. Photo: Wiseman

You became a firefighter recently, too?

When everything shut down last spring due to COVID, I was walking back from the beach one day and didn’t know if I’d have a career to come back to in the fall, and didn’t know what the housing market was going to do. Everything was a big question mark. I saw a billboard at the volunteer fire station by my house. They said they were accepting applications. And I was like, “Whoa, that could be some job security. I could be a firefighter, do some good for my community, and gain some really valuable skills.”

I didn’t know what I was getting into. The training was pretty intense. But now I’m a certified firefighter. I also start my EMT course this month. Once I’m done with my EMT, I’ll be fully certified, but I’ve been pulling shifts when I’m home. We’ve been on a few calls and helped a couple people, and it’s been exciting.

A certain amount of that training crosses over with the snowboard world—medical training, how to deal with serious situations.

I’ve done a few Wilderness First Responder courses and the avy class that Pat [Moore] puts on [at Baldface Lodge] and in doing my firefighter training I’ve noticed a lot of parallels with the snowboard world. It’s a whole other family, we’re working in small groups towards a common goal, caring for each other. It’s thrilling, it’s high anxiety, you make hard calls, and you do your best. I’ve been enjoying it. 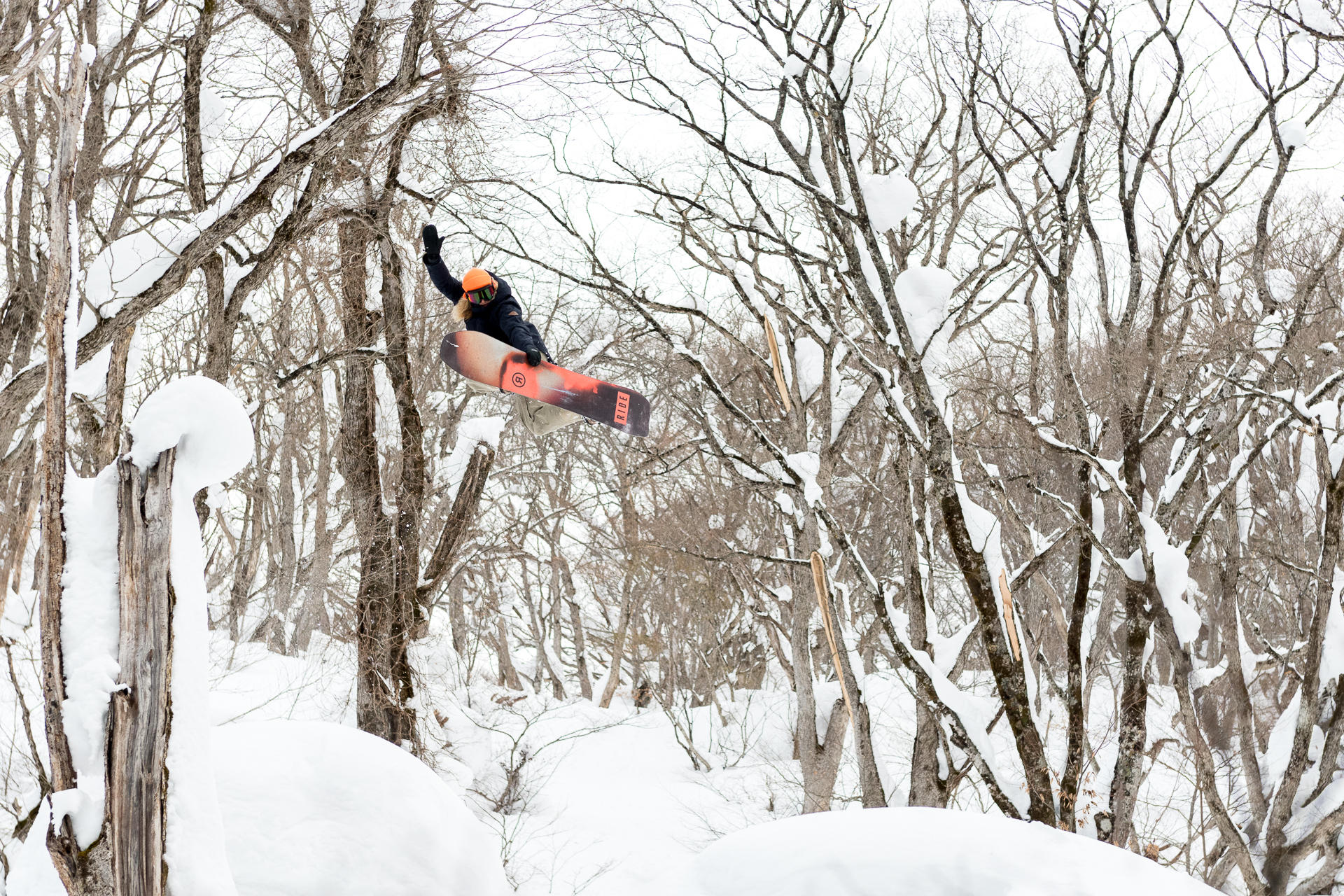 Method in Japan for Elena Hight and Teton Gravity Research’s “Blank Canvas” circa 2019. Hana’s been embracing a mentor role, lately, and Elena Hight is one of her most promising mentees. Photo: Wiseman

How much do you credit your backcountry progression for keeping you excited about snowboarding? I feel like there’s finally a bit of a shift in the snowboard landscape where people can now find space to keep moving in new ways and receive support beyond their 30s. Maybe there’s a new standard for longevity as a pro snowboarder.

The sponsors supporting me the way they do has provided me a career with this type of longevity. Also, by making the strategic transition into the backcountry from contests, I’ve given myself a different kind of value than a number on a podium.

There’s definitely been a lack of females in the backcountry for the most part. There haven’t been a ton of other women that have been coming in underneath my backcountry crew of the last 10 years. I love snowboarding in the backcountry and doing what we do. At the same time, having one foot in the working world gives me a real appreciation for what I have as a professional snowboarder, so I can come back to it every year with gratefulness that this is what I get to do in the winters—go play and have fun in these awesome places. But at the same time, I’d love to see more women come up and dedicate themselves to the backcountry. I want more people to ride with [laughs].

We had such a great crew with Full Moon and Runway Films and the P.S. web series, but it is kind of a niche and you gotta bring people in so they can experience it and learn and become more of a backcountry rider. The more girls that we can get in there, the more people that I can go snowboard with. So, it’s kind of a selfish thing. I do have moments where I think “am I going to squeeze myself out?” but then I realize there’s so much room. The more the merrier.

Have you thought about how to encourage that?

I’ve just tried to get the girls out there. I brought Elena [Hight] out into the Whistler backcountry, doubled her on my sled, and I’ve been encouraging Mary [Rand] and Zoe [Vernon] and all the girls to go ride more powder and document it. Even for your average rider, getting them out there and easing them into it and getting them stoked on it and having good experiences is how we get more women out in the mountains. Because it is intimidating—you need somebody to take you through all the steps, the learning process. We just need more exposure so more people have role models to follow into riding powder, because it’s the best. 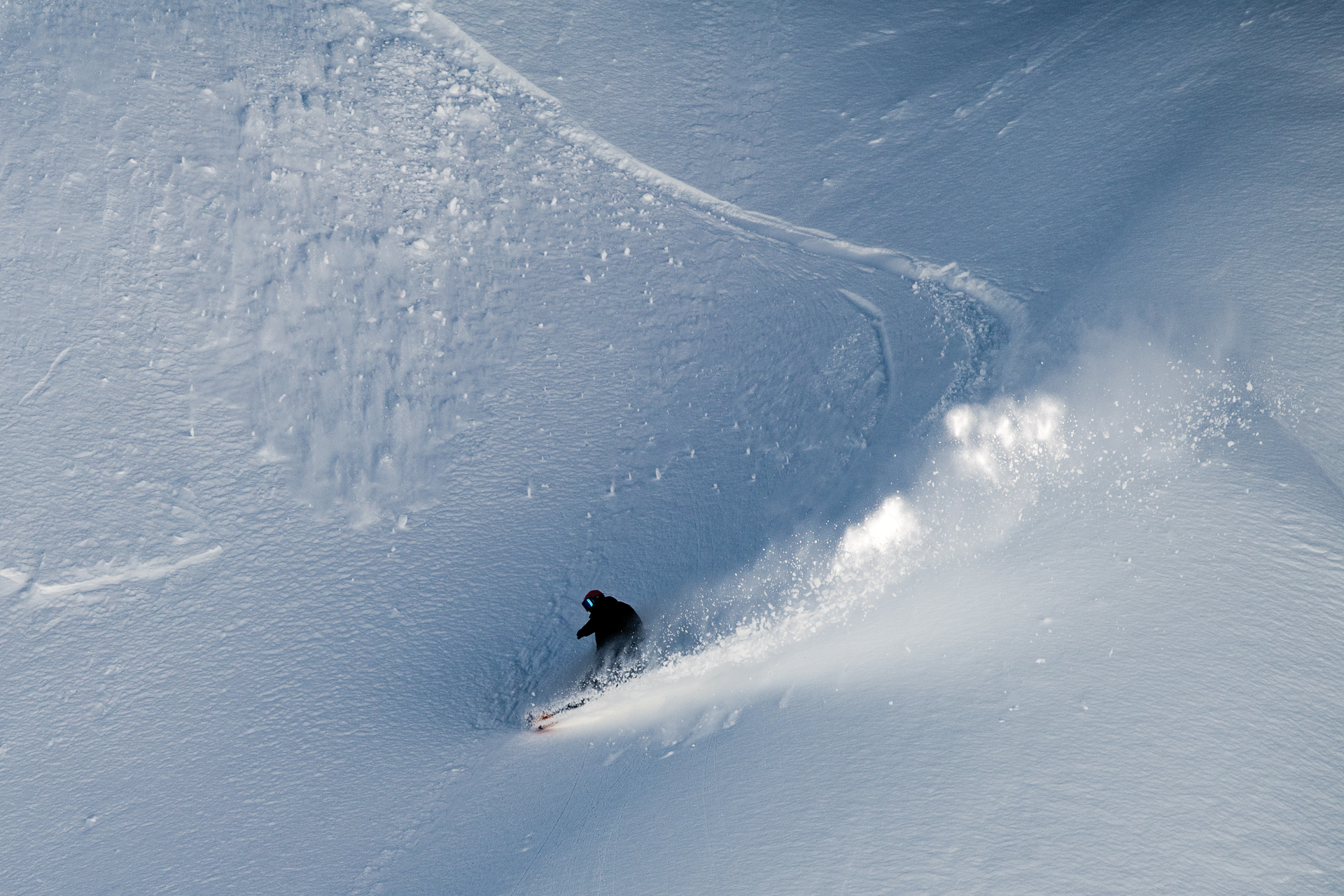