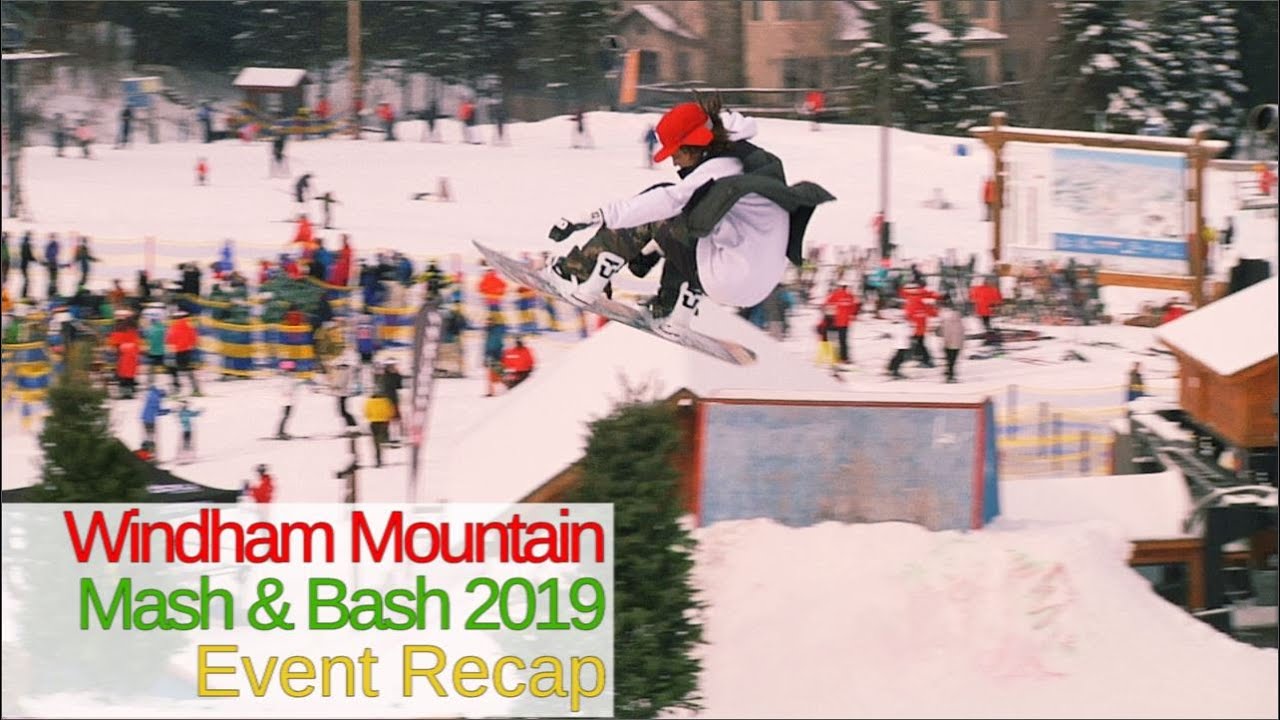 The sun dances in and out of the clouds above Windham Mountain, NY as Johnny O’Connor readies to drop. He situates his Santa Claus hat, squares up on the hip and backflips grabbing tail to hype everyone up at the 2019 Holiday Mash & Bash. Riders follow suit and begin boosting off the hip higher than before, and attacking the jam’s rails with an equal fervor. The willingness to send is high, yet competitive intensity remains rather low. Sure, some awards will be given out later, but we’re mostly just here for a good time.

We’re here for a good cause, too. Now in its fifth year, the Holiday Mash & Bash (formerly known as Nightmare Before Christmas) has become a fundraising event for the SHRED Foundation. The SHRED Foundation is a non-profit program that uses snowboarding to promote healthy living and life skills to youth in New York’s Hudson Valley. Windham is the program’s home mountain and Johnny, a Windham local, is the foundation’s pro ambassador. Between his hometown hero status and desire to give back to his community, SHRED Foundation Founder Danny Hairston describes Johnny as the ideal role-model for his program’s participants.

“Johnny’s number-one interest is providing access to the kids,” Danny says. “Every year he gives us gear, he makes time to ride with the kids when he can, and every time we talk his first question is, ‘How are the kids doing?’ He epitomizes the drive and humble beginnings that a lot of our kids come from, so they can easily see themselves through him. Seeing how he came from riding at Windham to officially turning pro last year–it’s just a great story for our kids to relate to.

“It was totally Johnny’s idea to have the the proceeds from the event go towards SHRED. To be able to go out there and raise some money for the program is crucial for us, so we really appreciate him.”

By the end of the jam, every feature was properly mashed and bashed. Broken trees were strewn across the course, and a few fake body parts could be seen flying about as well. The session continued just past sunset, and despite some light carnage everyone rode out in high spirits. This year’s event raised upwards of $1,000 for the SHRED Foundation, which will go towards getting some stoked SHRED participants up on the mountain for fun sessions of their own. And who knows… maybe one of them will become the next Johnny O’Connor.

Want to get involved with SHRED Foundation?

The SHRED Foundation is accepting hard & soft goods donations to help gear its participants up for the slopes. Donations can be sent to: 94 Prospect St., Beacon, NY 12508. Learn more and get involved at shredfoundation.org.