Blair Habenicht has been scheming up a contest at Crystal, WA for a while. It’s his home mountain. He was up there on skis at one-and-a-half years old. It’s also where he started skipping out on ski racing to go snowboarding. Last Friday, Blair was there to host The Last Ditch Effort Banked Slalom.

And true to who Blair is, the course was arguably the gnarliest banked slalom to date. Crystal is steep. There are long sustained pitches. It’s an easy place to go fast. Blair likes to go fast. He’s an obvious product of this place. And the course he built was, too. “Sketchy,” “buck-wild,” and “scary-fast” were just a few of the descriptions of the course heard uttered on race day. Blair AF for sure.

Originally, Blair had hopes of holding a big-mountain contest on one of the peaks in the backcountry adjacent to Crystal, specifically a mountain called Silver King. It’s a high-alpine, AK-esque peak that would be perfect for the kind of event Blair had in mind. And the wheels were in motion to make that happen, but, since Silver King is on Forest Service land, Blair needed an okay from said agency. That didn’t happen. Maybe next year. 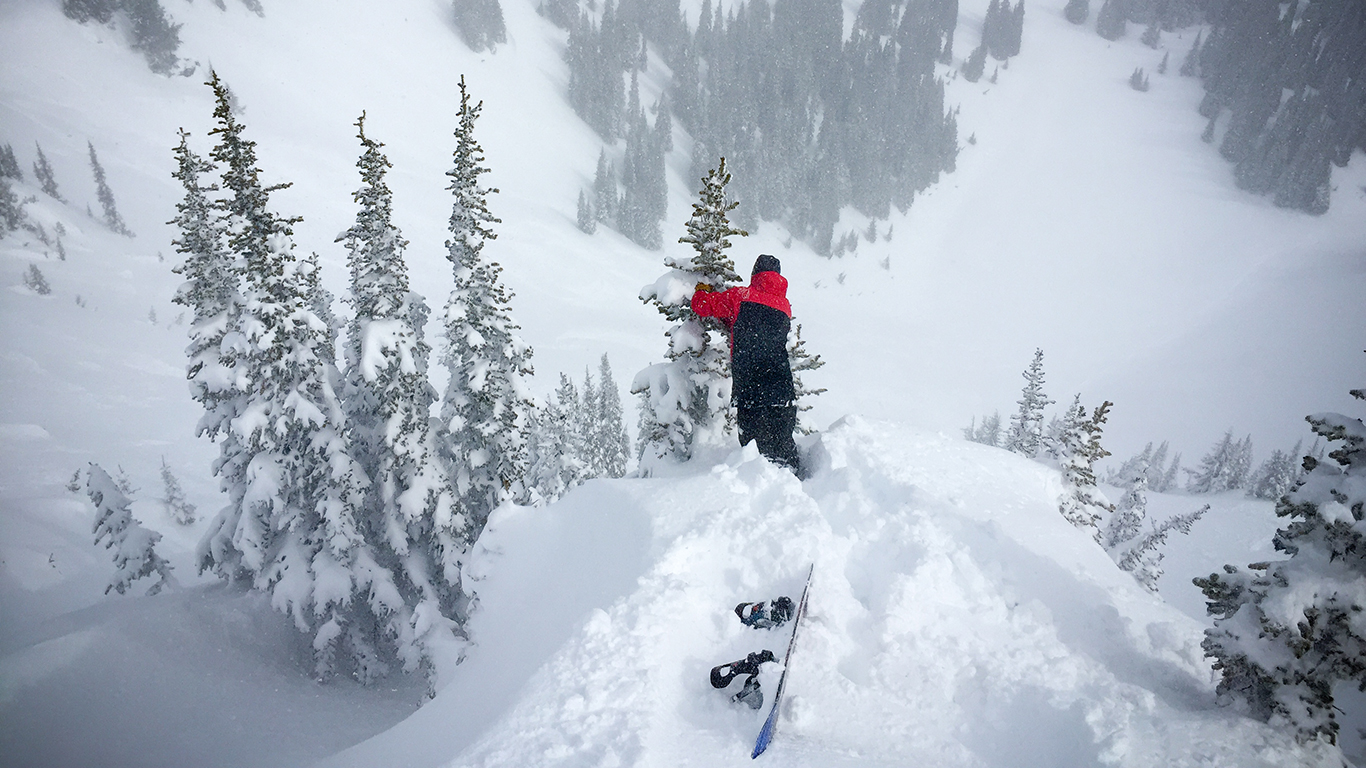 ABOVE Is Blair scoping a spot for next year’s race. Probably not, but maybe.

Determined to still host an event, Blair did the next best thing and built the steepest banked slalom course of all time. He did so with, of course, the help of a dedicated crew of diggers. Courses of this pitch lead to big builds. Countless tons of snow were moved around for the event. And luckily the spring conditions leading up to the race were perfect. The snow was soft, slushy and easy to shape. Albeit back-breaking. Lots of moisture content in that corn. Three days and almost 20 turns later, the track was set.

Then it snowed. The freezing level plummeted the night before the race and on Friday morning the thing was an ice rink. Sketchy squared. Blair was smiling. Even while rushing to get some dye down so everyone could see each and every turn through the flat light. At one point the dye bottle exploded and a couple of the turns turned psychedelic shades of blue. Crazy-quick and sort of trippy, that just about sums up The Last Ditch Effort.

The groms got to go first. They really ripped. Especially considering some of the banks were easily double-overhead. Everyone was impressed. Equally so when the snow skaters rolled in. Yes, there was a snow skate division. And each snow skater that dropped quickly put all of us binding-bound types to shame. As far as I’m concerned those dudes were the real champions of the day.

But, this being a timed race, the actual champion was the fastest snowboarder on course. The Last Ditch Effort’s quickest was Harry Kearney, aka The Colonel. He cruised to the top spot in his characteristically calm fashion, fast and fluid as ever. Works every time. 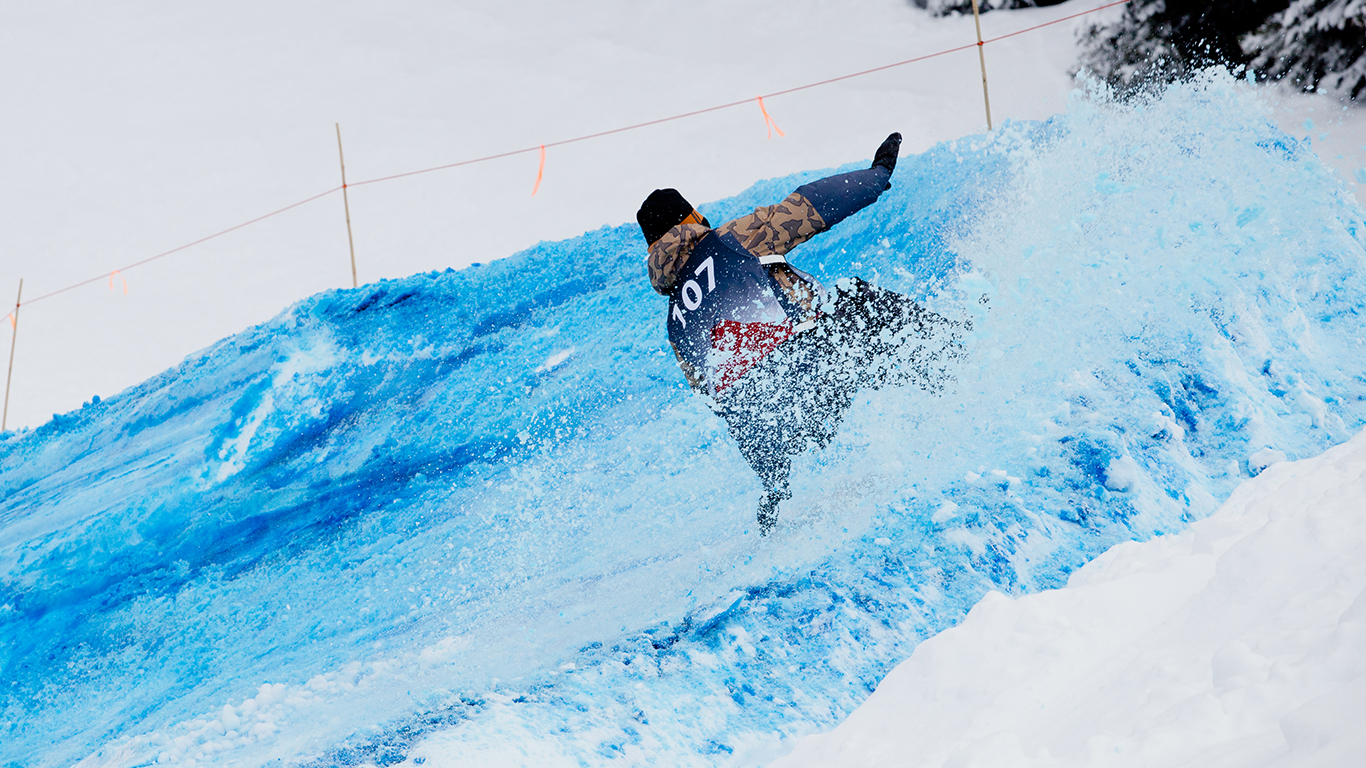 ABOVE Harry Kearney surfing through one of the more treacherous turns.

Here are the top three finishers for all the categories and a link to the full results sheet.