“I’ve ridden through here before, but it’s never filled in deep enough to jump off those hits,” Robbie Hutton says. We’re looking at our tracks in Mission Peaks, a backcountry zone just outside the boundary lines of Mission Ridge Ski & Board Resort in central Washington. Robbie grew up in the nearby town of Wenatchee, just 30 minutes from the mountain, and has been snowboarding here since his elementary school days. “I don’t think I’ve ever seen it this good,” he says. As we gaze back in admiration on the rolling, powdery zone above, it’s hard to believe that two days ago we thought this Presidents’ Day weekend might have been screwed. 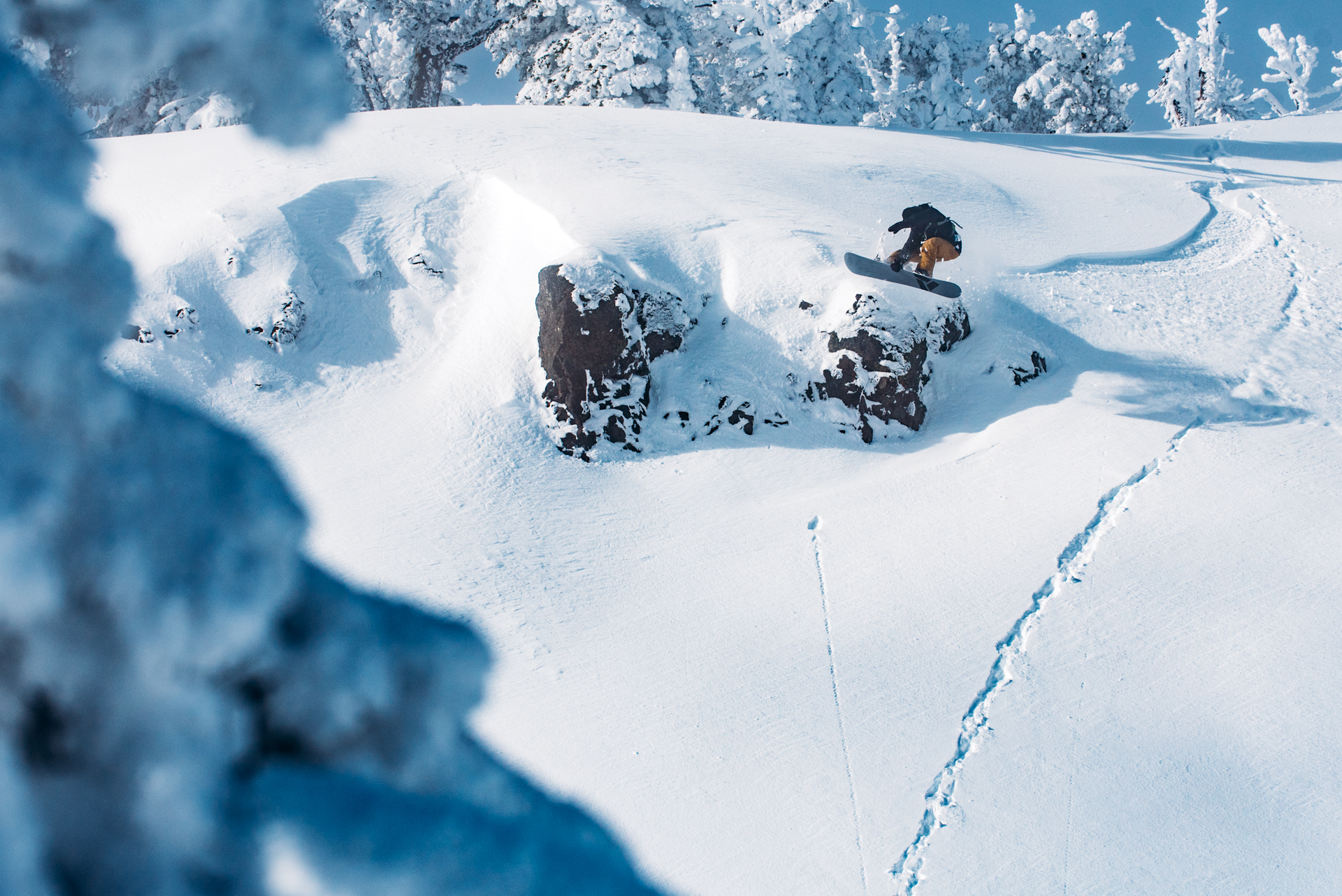 ABOVE Robbie Hutton launching over the only other track laid by someone outside of our crew in the Mission Peaks zone. 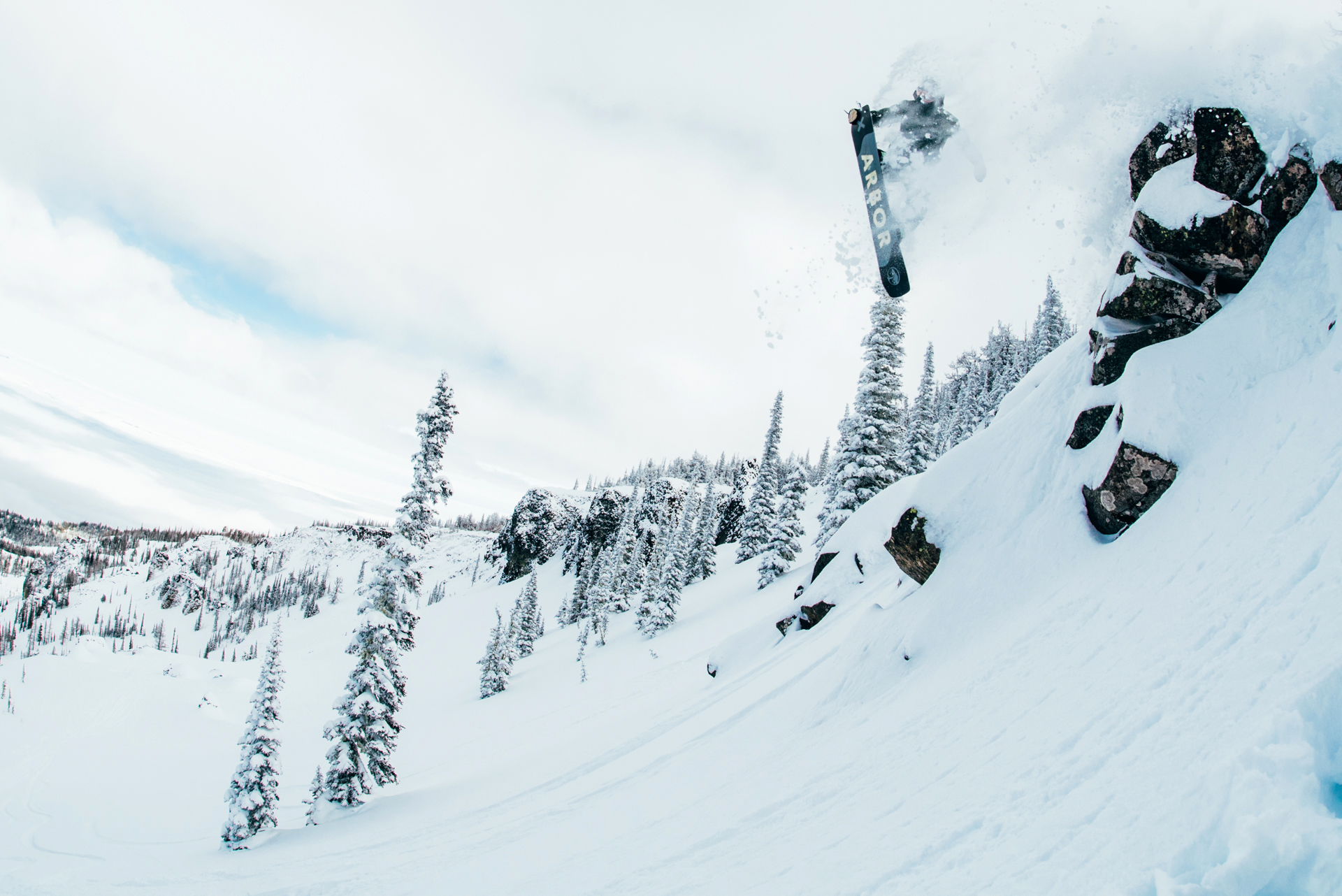 ABOVE Connelly Brooks, backside 360 tailgrab. We were finding hits like this all over Otto’s Outback, an inbounds area at Mission Ridge.

We were driving through an escalating snowstorm on Washington’s Highway 2 when Eythan Frost, our videographer, delivered the bad news. “The ropetow is broken,” he said, looking up from his phone with dismay. This came as a serious bummer. Every trip we’d ever taken to Mission Ridge has been spent entirely in its ropetow serviced terrain park—it’s what the mountain is known for, as far as we knew it. “100 Laps” is what they call it, because you can take nearly that many runs on the rope in a single day. We’d spent months talking about lapping that park again (roughly 12, since the time we came to Mission Ridge last year), and the rope’s temporary disablement felt like a wrench tossed in our spokes. But with a little optimism, adaptability and the willingness to hike, it proved to be a blessing in disguise. 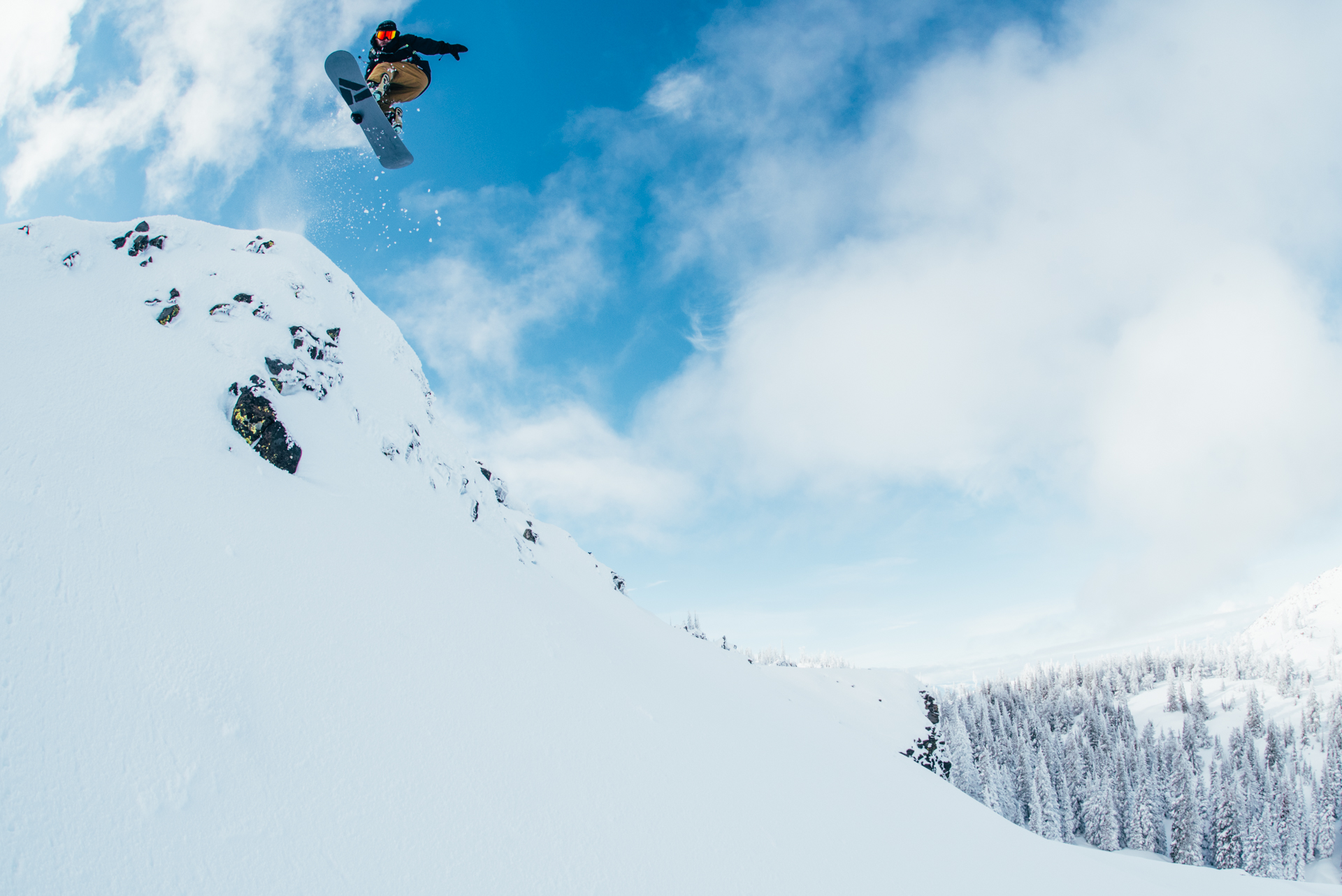 ABOVE Eythan Frost tweaking one out near the end of Mission Peaks. 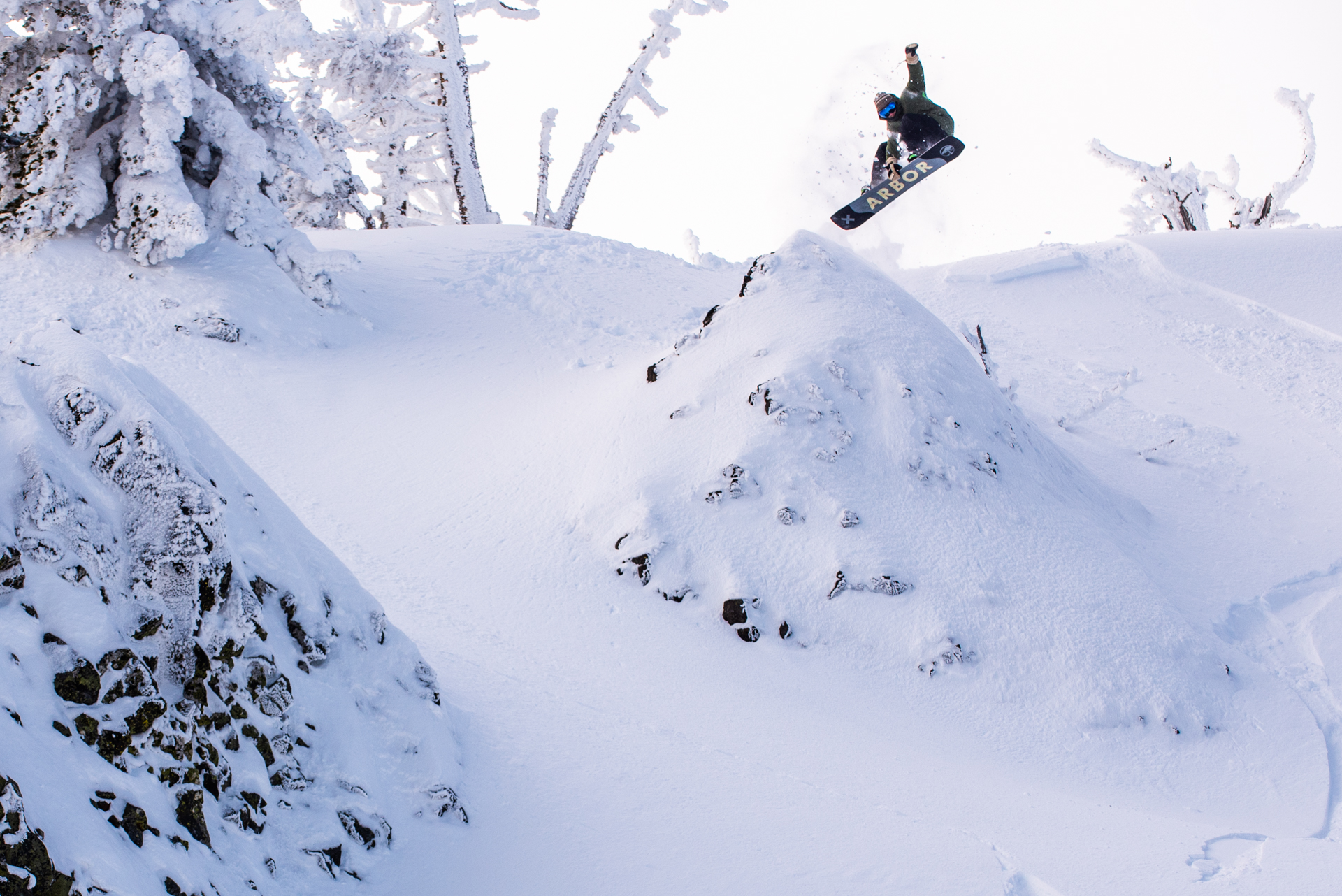 ABOVE Stompsville, population: Connelly Brooks. Second try was the charm.

It’s easy to fall into routine and, while not always comfortable, rewarding to break from it. We were quickly reminded of this as we cruised deep, mellow pow and poppers off of Chair 4 before moving onto the Bomber Chutes off of Chair 2. From there we made our way to the real inbounds gem of Mission Ridge: Windy Ridge. Although there’s no lift that’ll take you to the top of Windy Ridge, it’s within the resort boundary and the hike to it is groomed by snowcat, alleviating what could be a grueling boot-pack to the top. Another Mission Ridge regular, Connelly Brooks, joined our crew and the four of us spent the remainder of the afternoon cycling up and down the ridge, jumping off just about everything we could find. By 4 p.m. we deemed the zone sufficiently shredded and set our sights beyond the resort’s boundaries. The forecast called for blue skies for the following day, too. 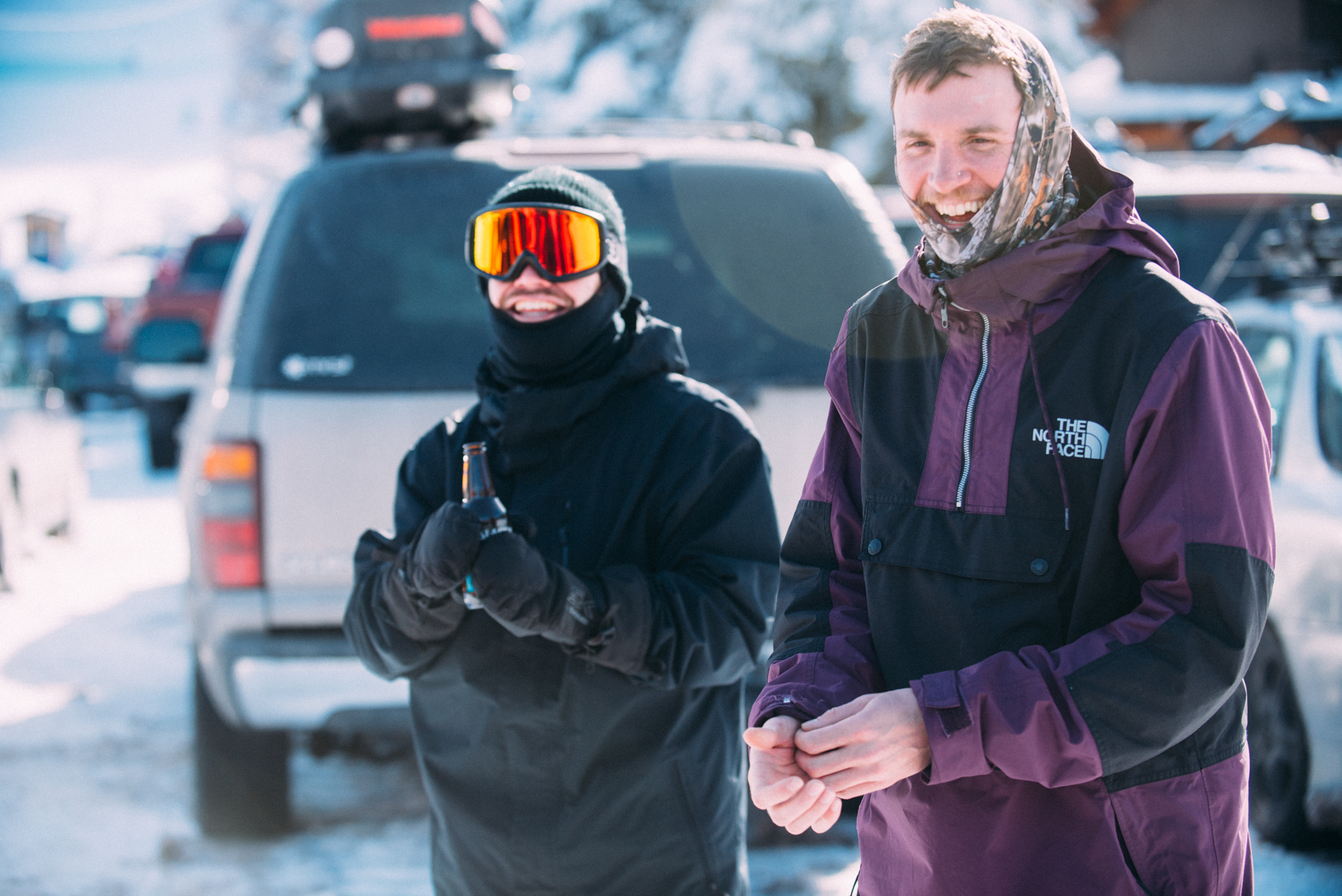 ABOVE Eythan Frost (left) and Robbie Hutton (right), all smiles after an all-time morning riding pow. 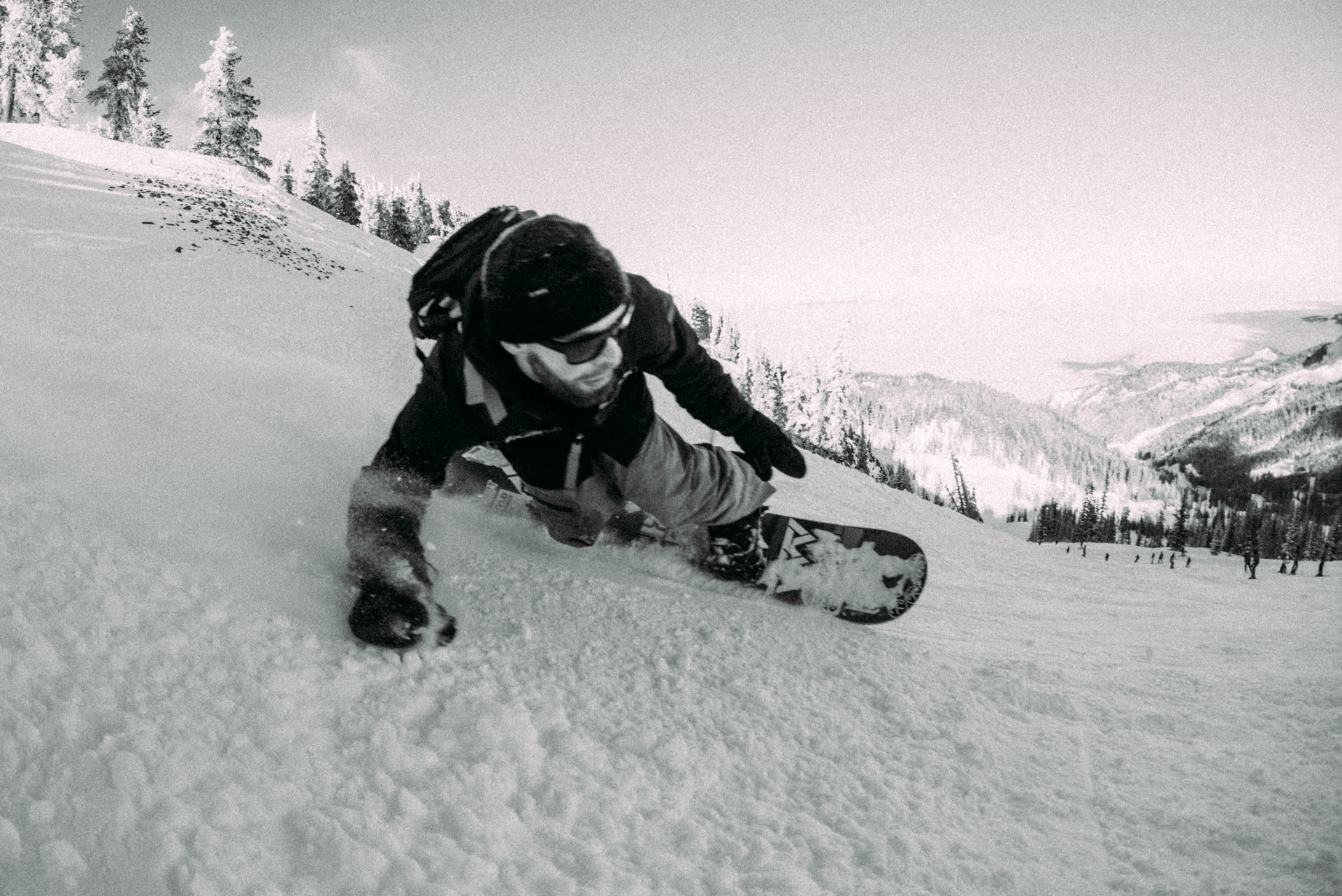 ABOVE Eythan Frost, low and powerful.

Originally we came to Mission Ridge expecting to ride 100 laps per day, and on our last we managed only two. But unlike hundreds of runs through the park, these two were some of the deepest and most memorable we had this season. Standing here now at the bottom of Mission Peaks, marveling at lines we aren’t sure we’ll ever ride the same way again, a sense of gratitude resonates amongst the crew. We were forced to revise our plans and prevailed, knowing we probably would’ve avoided trudging uphill and taken the easier option if it had been available. Despite our sore legs, the hiking was well worth it. It’s a solid reminder of the good that comes from boot-packing that extra mile and thinking outside of the box–or in our case, just beyond the ropes. 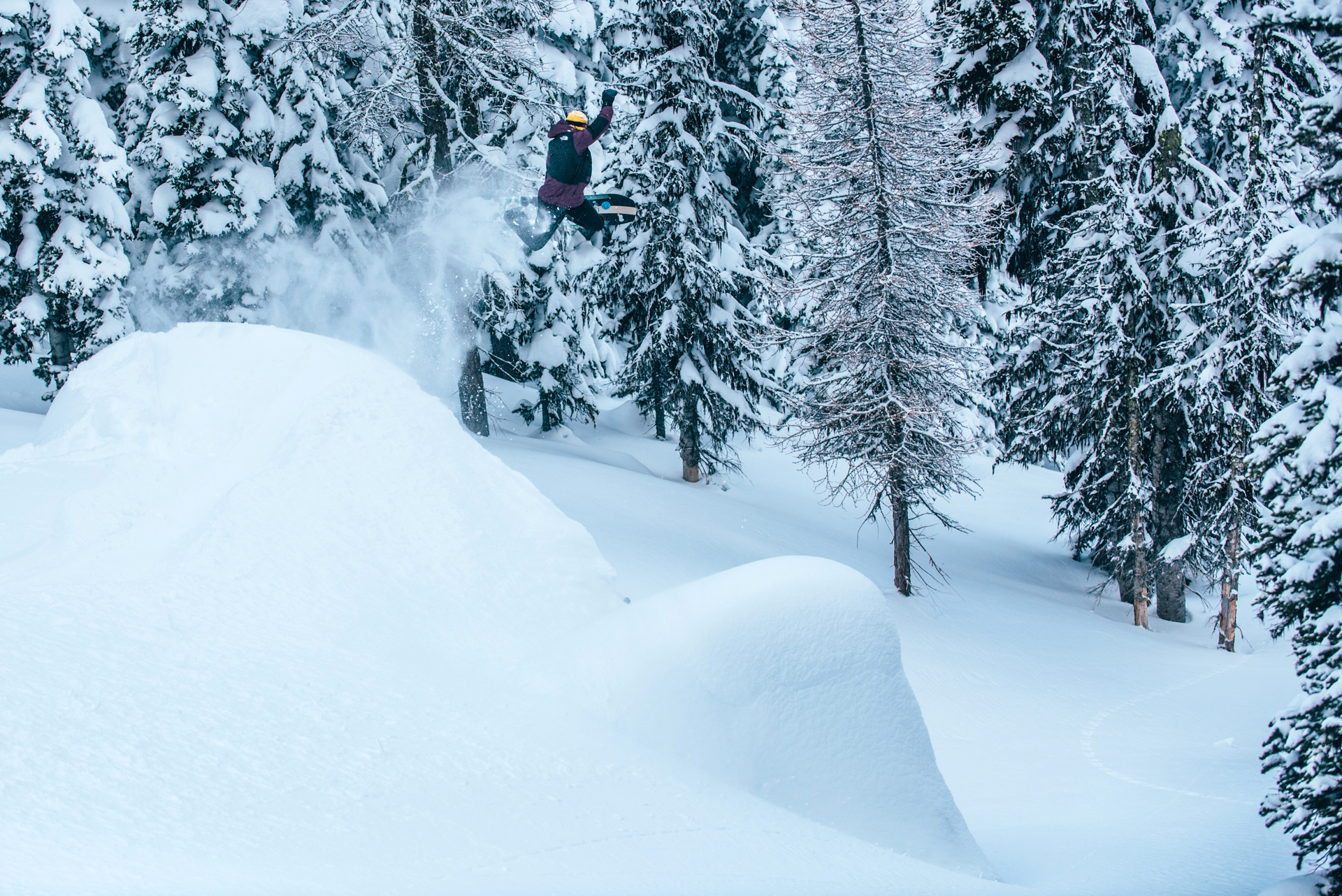 ABOVE Robbie Hutton threading the needle on this through-the-trees landing off of Chair 4.

Editor’s Note: The rope-tow was only temporarily disabled for the weekend we were visiting and the park being closed is not a regular occurrence. The rope is back up and running just fine, and the park is looking absolutely fire lately.

Mission Peaks is a backcountry zone and should only be accessed with the proper gear, education and knowledge of the area. Be safe out there.

Thanks to Tony Hickok and the rest an the Mission Ridge crew for having us at the resort and the 2019 Rails & Ales rail jam. Shoutouts also to the Springhill Suites by Marriott Wenatchee for giving us stinky snowboarders a place to crash during our trip.