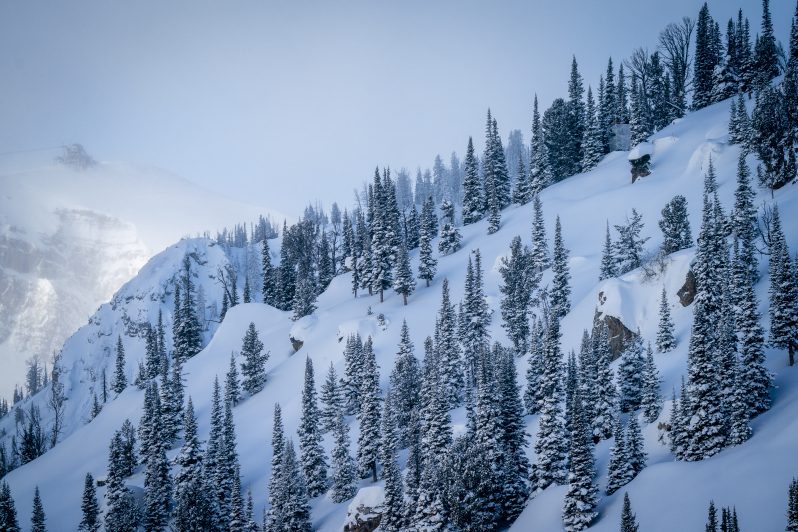 Hana Beaman hadn’t ridden in a snowboard contest since 2013. So why was she here at Jackson Hole Mountain Resort to put on a jersey?

Icy landings aren’t for everyone. I’d wager they aren’t for the majority of snowboarders. Not to knock those who chuck to an icy landing on a daily basis, but I’d guess they’d rather be launching into soft snow.

So, Hana was here, at the first stop of the Natural Selection Tour, presented by Yeti and backed by Red Bull, a made-for-TV event that, at least for the moment, somehow felt more like a gathering than a contest. We were for the moment engaged in a gathering, in fact, eating sausages behind facemasks at an outdoor steel table behind the Hotel Terra in Teton Village. The tram was still running. The contest was set to kick off in a couple days. 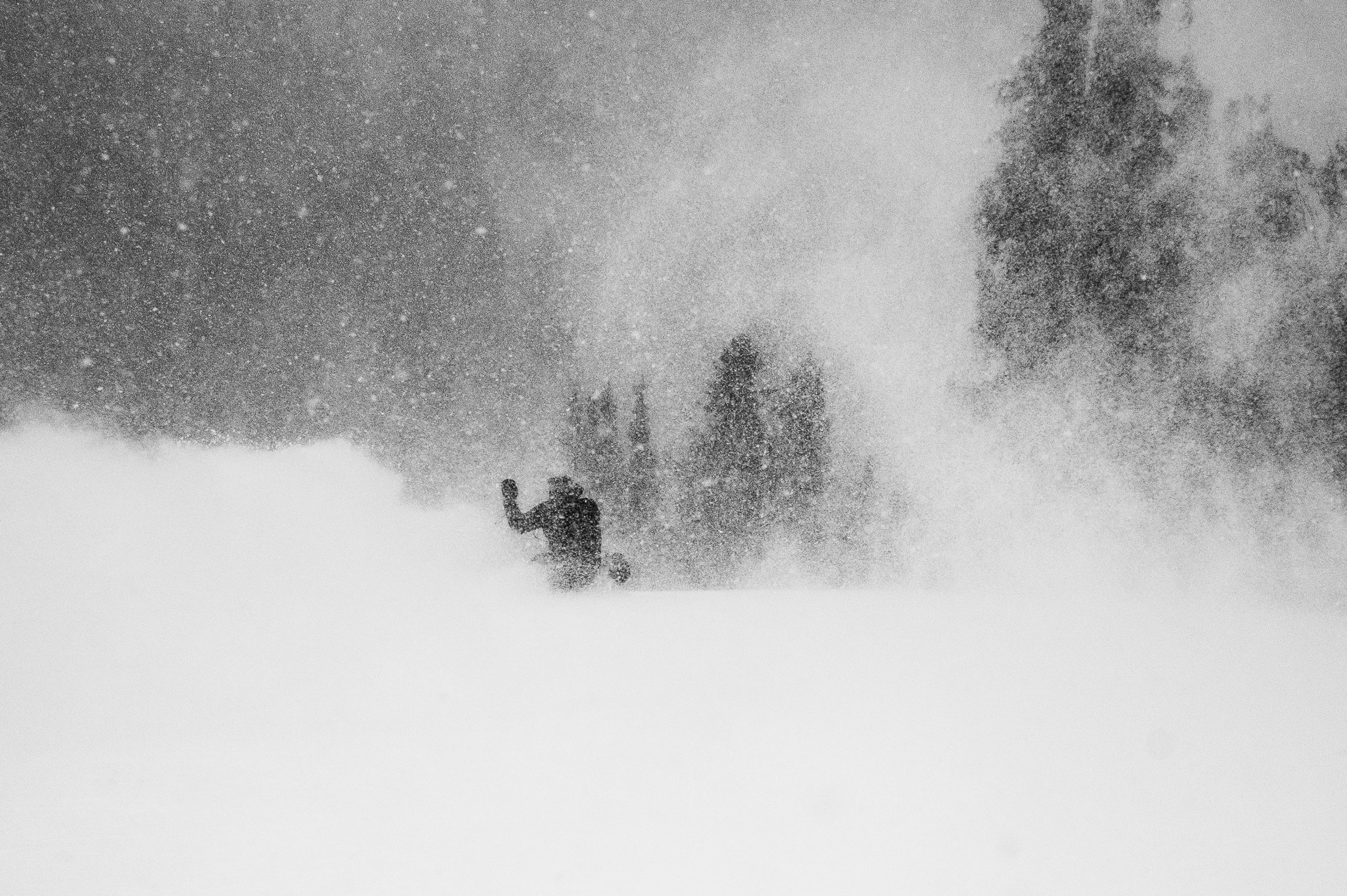 A gathering felt unfamiliar in these isolated times but Travis Rice and company made it happen. Everyone had been tested, then tested again for COVID, yet the abrasiveness of 50-odd folks milling about still caught my socially sensitized brain off guard. There was solace in the fact that these folks were of a like mind. Mark McMorris sat down to eat. He said he was excited and nervous at the same time. He hadn’t been riding much powder, being locked into the contest thing through the first half of the year.

Despite his regular appearances on hard pack, Mark loves to ride powder. Clearly, so do many riders from across the globe, as evidenced by cross-section of snowboarding’s best who were paying deference to media folks in this brief staged moment before things got rolling. Mikkel Bang (Norweigan), Eric Jackson (Californian-turned-Washingtonian), Anna Gasser (Austrian), Elena Hight (Californian), Pat Moore (New Hampshirite), Sage Kotsenburg (outta Utah), Austen Sweetin (Washingtonian), Robin Van Gyn (Canadian), Zoi Sadowski-Synnott (New Zealander), Elias Elhardt (German) and on and on—all have paid their dues in a bib, and some still choose to do so, but some have found a new path in powder.

“I’m here because I like riding powder,” Sweetin said.

Simple enough. He hadn’t dropped into a freestyle contest in well over a decade. But he understands the importance of powder for the masses. Powder for broadcast peppered into a gathering built for longevity, for showing those who only consume snowboarding in a made-for-TV format what the core of snowboarding already knows: powder is the best. It’s even better when there are plenty of ramps into reasonably steep landings. While many of us already know that, the majority of casual observers only understand snowboarding in the Olympic/X Games format of regimented halfpipe runs and slopestyle wedges where even the heaviest triple-huck is not only expected, but somewhat homogenized. Creativity can sometimes get lost there. 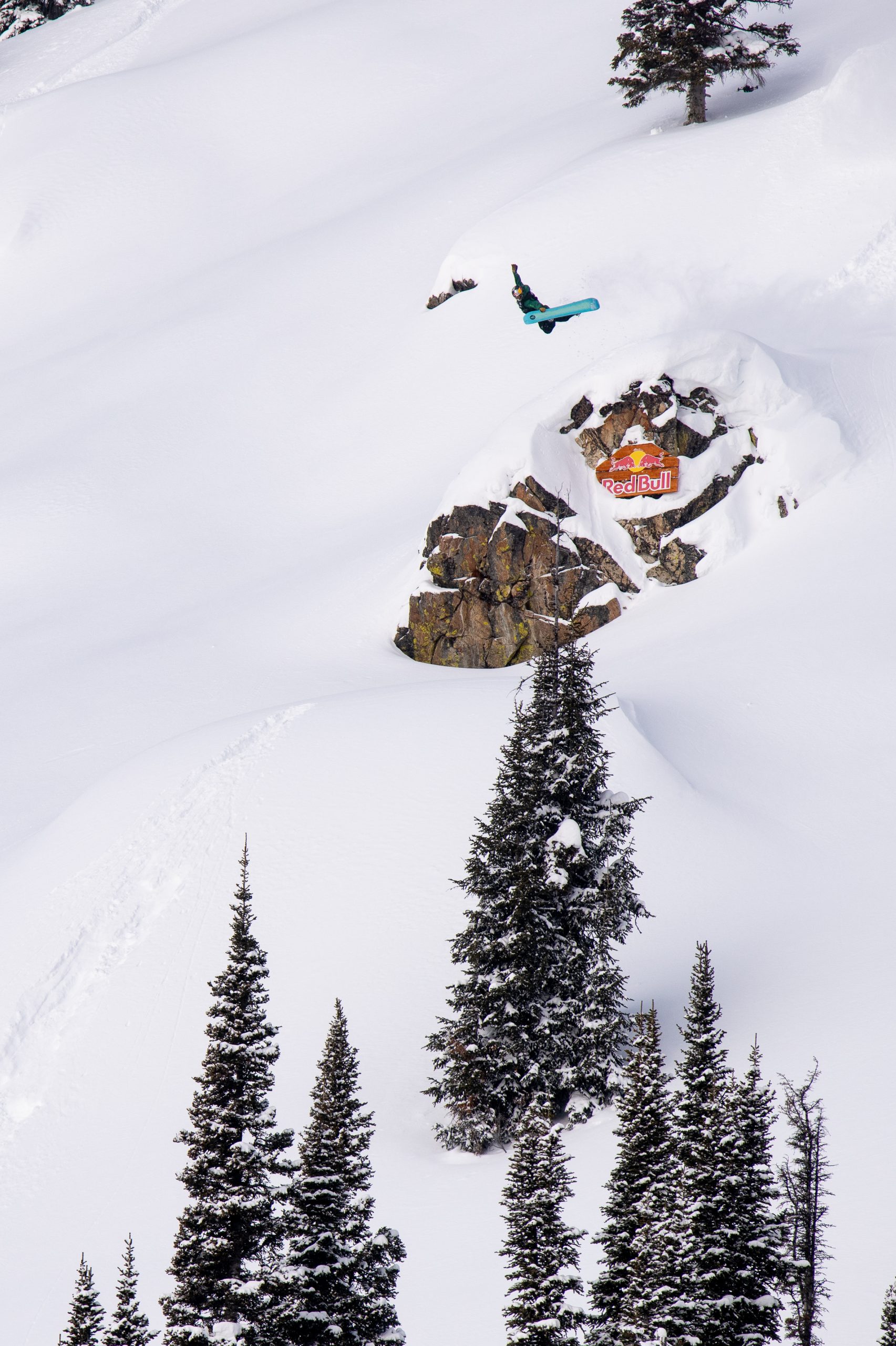 Ben Ferguson opted for a classic approach on the last hit of his first run. Photo: Colin Wiseman

Despite the high production value, this first glimpse into Natural Selection felt like a made-for-snowboarders gathering, with everyone smiling, prepping for an off day where we’d roll with a crew and enjoy the expansiveness of Jackson Hole before the cameras and drones and announcer booths and judges stepped into their formal roles. For the moment, it was just snowboarders, snowboarding. The kind of snowboarding most everyone likes. Powder snowboarding. Reigning Freeride World Tour champion Nils Mindnich summed it up: “Contest riders will love it, backcountry riders will love it. I’m not sure what you’d really call this kind of riding. Maybe you call it backcountry freestyle? Manicured big mountain? Whatever it is, it’s a lot more fun to ride.”

Travis Rice sat down for a bite to eat, too. He must have been drained but didn’t really show it. Dude’s been hustling on the event, the build, for years. Probably hadn’t had a day off in weeks leading up to this.

“I feel content,” Travis said. “There’s been a lot of, a lot of time, effort, love, passion, sweat equity—there’s been a couple years put into the manifestation of this event. We kept moving forward with the obvious understanding that this thing might just not be possible this year. Frankly, we took a pretty big risk. But it’s all looking good at this point. The course is really beautiful right now. We’re going to get our top coat, we’ve been working on the lips, the landings, and now it’s snowing. We invented this thing called the ‘Teton tickler’ and added a bit of ‘string theory’ to prepare the landings for the new snow, cut it up without disturbing it too much and make sure the snow bonds well. We don’t want landings to slide. I’m not gonna lie. There’s a little anxiety. I’ve still got to go back up and I’m feeling a little nervous right now, but we expected this and practiced for this.”

Then young Hemingway, daughter of super-agent Circe Wallace and surf journalist Chas Smith, stepped in with a popsicle microphone to ask about “President Travis Rice’s” thoughts on the “bunny avalanche.” Travis finished his hot dog and went back towards the course. It was starting to snow, it was 4 p.m., but there was still work to be done. He had to make sure the made-for-TV part of this gathering went to plan. 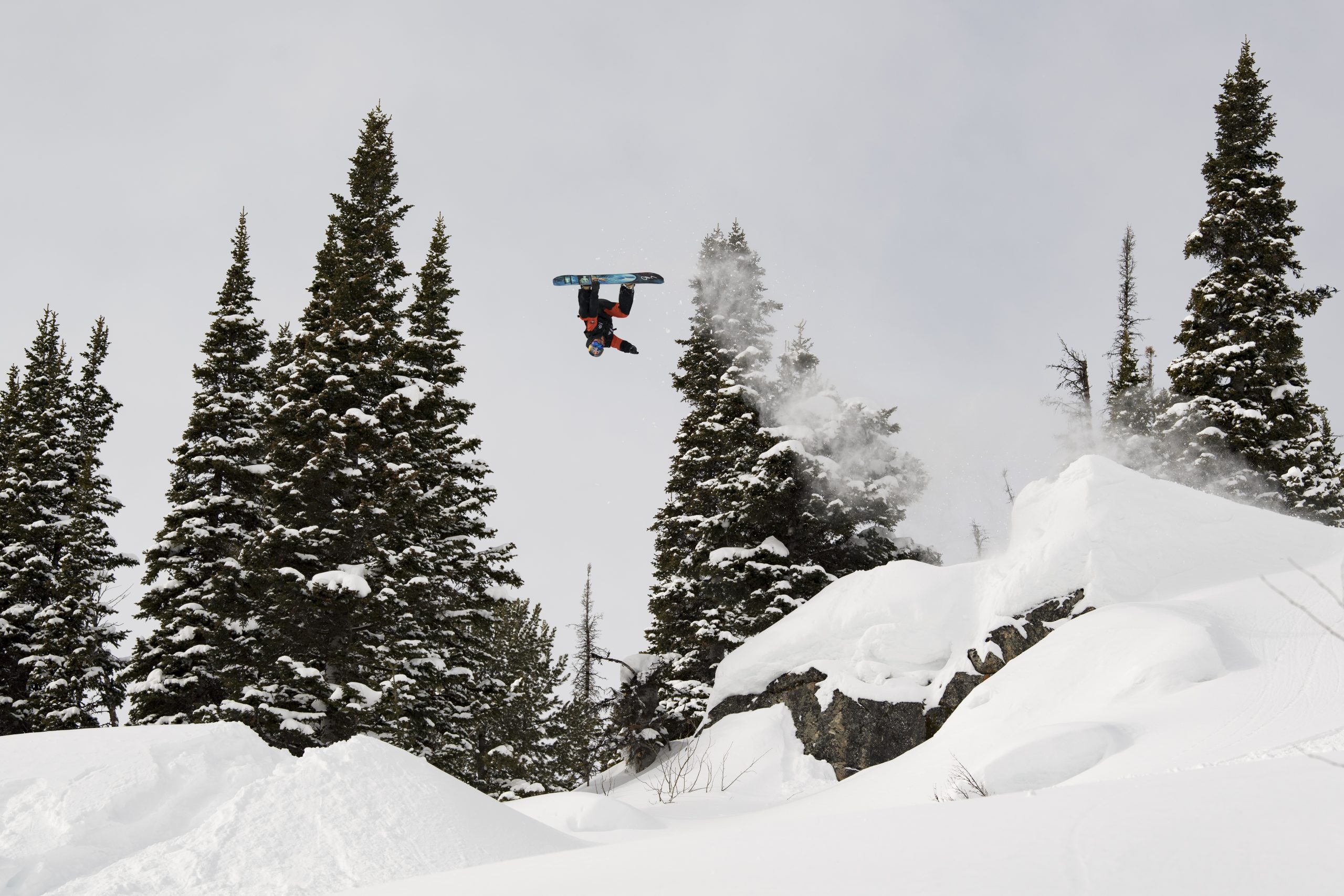 Gigi Rüf dropped first. Maybe you were watching the livestream. Speed, of course, was the question. When you’ve only seen it from the sidelines, it can be hard to gauge speed off 50-foot-plus features. But Gigi laced it, stomping a perfect front 7. Then Austen Sweetin dropped in. He’d had a crucial facetime with wax advisor Matt Cummins, and he had speed to burn. I’m sure you saw it. If not, just check the replay. Austen went huge and came up choking on snow.

I’m not going to get too deep into the “what happened” side of things. If you haven’t already, I encourage you to watch for yourself. It’s embedded here. But I will say this: by all accounts, it went to plan. Natural freestyle was beamed in real time to livings rooms across the world. Creativity flourished. People went huge, ate shit, and came up smiling. The contest looked fantastic on TV. A combo of racing drones and eight-propped behemoths captured each rider on course, giving a movie-part vibe to the head-to-head heats. Natural Selection presented snowboarding to the mainstream in a way that was long overdue. 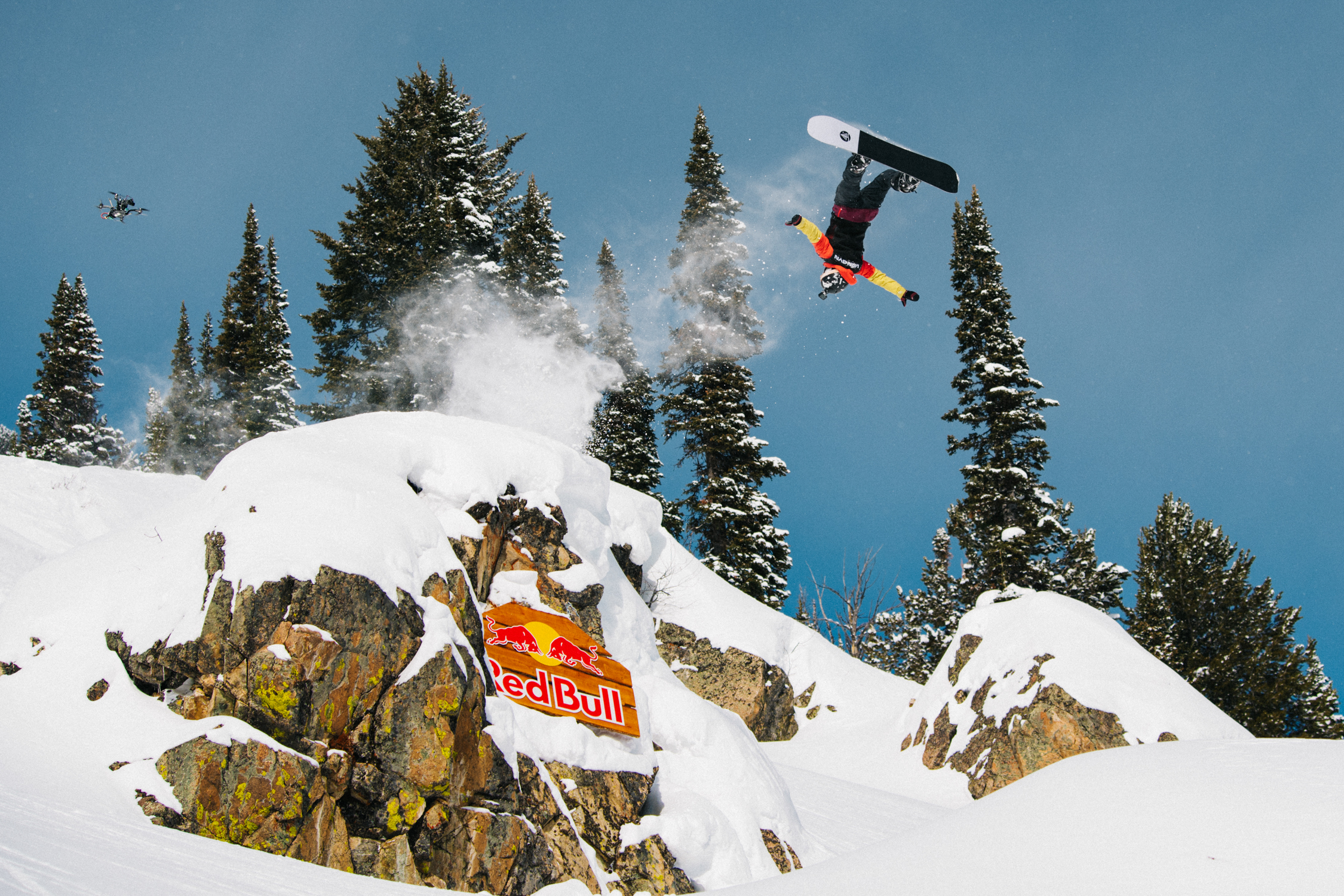 Slopeside, it was a bit hard to take it all in. The width of the venue left me with a small crew searching for drone evidence of who was dropping, when, and where. But there we were, gathering. My girlfriend’s mom was watching. In fact, my girlfriend was texting me updates about who was dropping next as I wiggled into the trees to try to find a decent photo angle. Hopefully you were watching. Everyone who wanted could see this purest expression of powder snowboarding by some of the best in the world. Riders hugged at the bottom and those who split their first two runs celebrated a third opportunity to chuck meat down the takeoff-strewn face. It was a day that Travis and everyone involved can look back upon with pride, a day where backcountry freestyle moved squarely into the public eye as a viable contest format.

Hana, to her credit, threw down the high score of the day for the ladies. The kind of riding she wanted to do indeed. 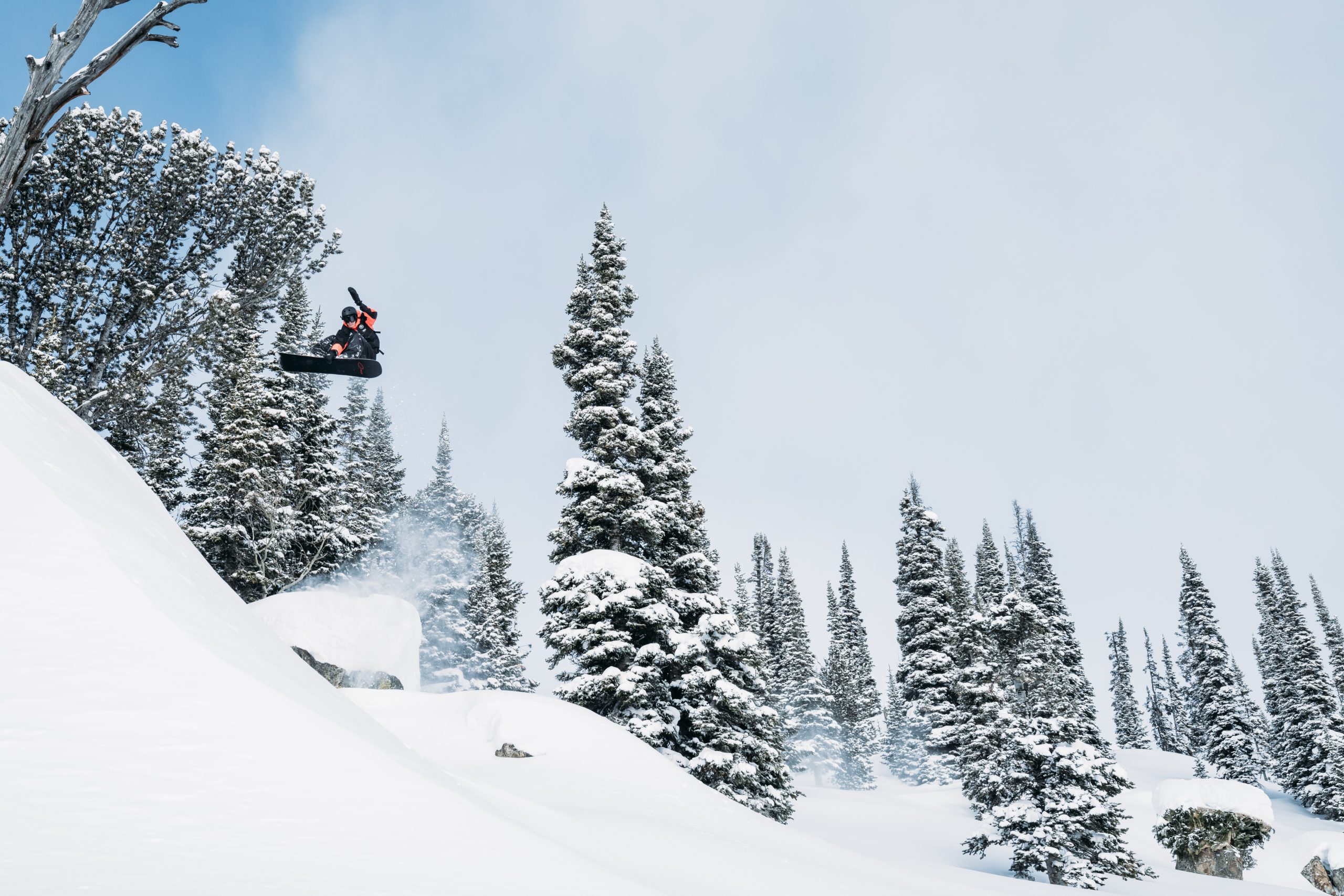 It’s Friday. A major refresh is upon us. It snowed a foot overnight, maybe another half a foot through the day. The masses showed at Jackson, yet the gathering found flow. With gusting winds, ducking under the right tree branch led to waist deep pockets, ready for a hack or two. 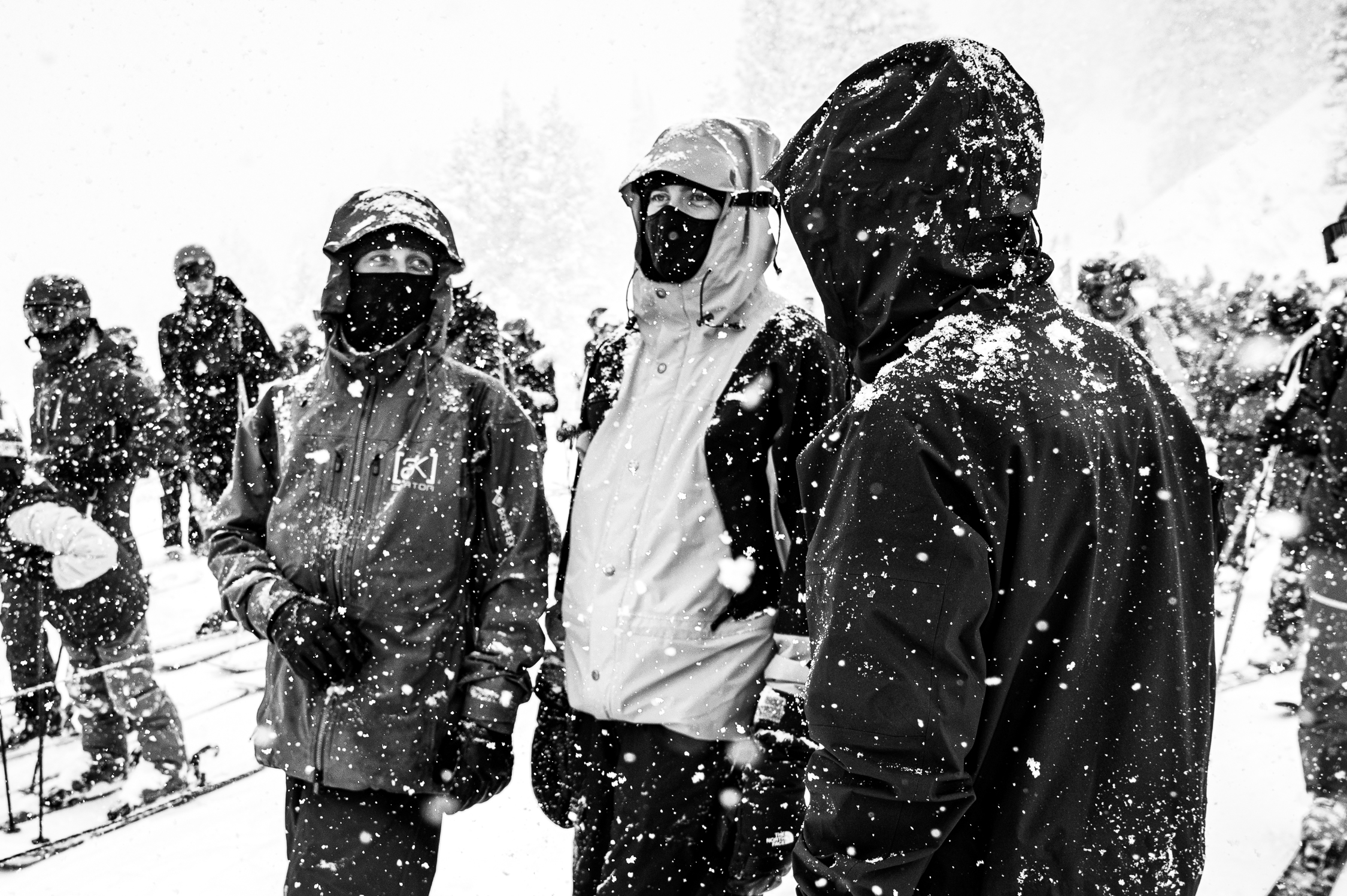 As I write this, the storm has mellowed, and the lifts just shut down for today. I hope Travis was able to get a few turns. Heard he was out working on the course packing out lips and landings soon after his tiebreaker with Rasman ended yesterday. The majority of the field certainly had a day to remember after a day to remember, win or lose. I was lucky enough to get a few laps with Blake Paul, Sage Kotsenburg and Ben Ferguson, then later Hana. They all seemed to be enjoying themselves. 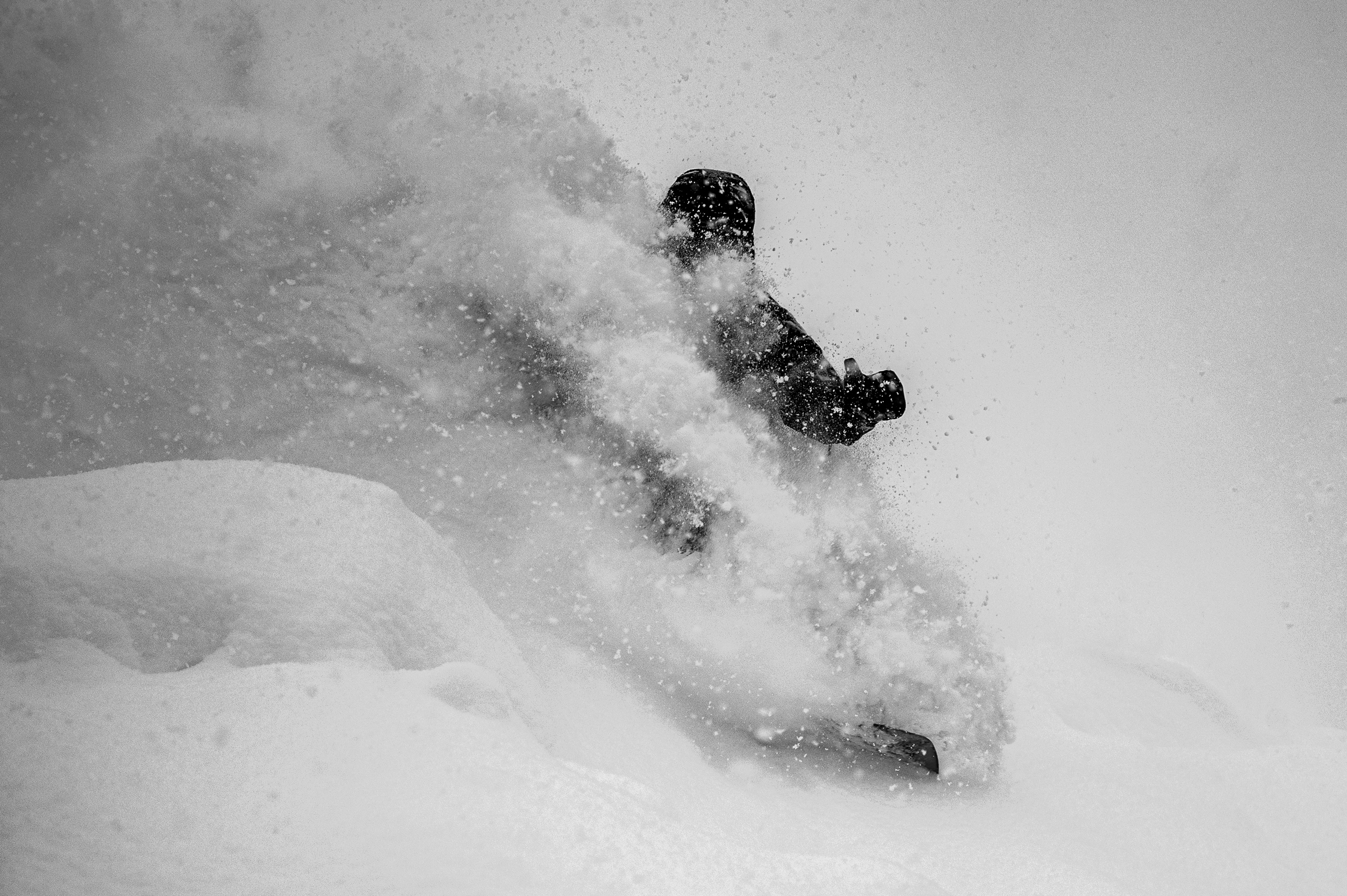 The course is probably stacked with two-plus feet of fresh by now with the bomb holes of yesterday mostly erased, setting up for a bottomless finals day. I imagine there’s a crew up there putting in work, hitting landings with a Teton tickler or perhaps a bit of string theory, cutting the slope, making sure it’s ready for another hundred tracks. They just announced it’s a no go for Saturday. Finals day will come soon, after the storm clears. Tomorrow, more snow, more turns, more gathering. No one’s in a hurry to leave. 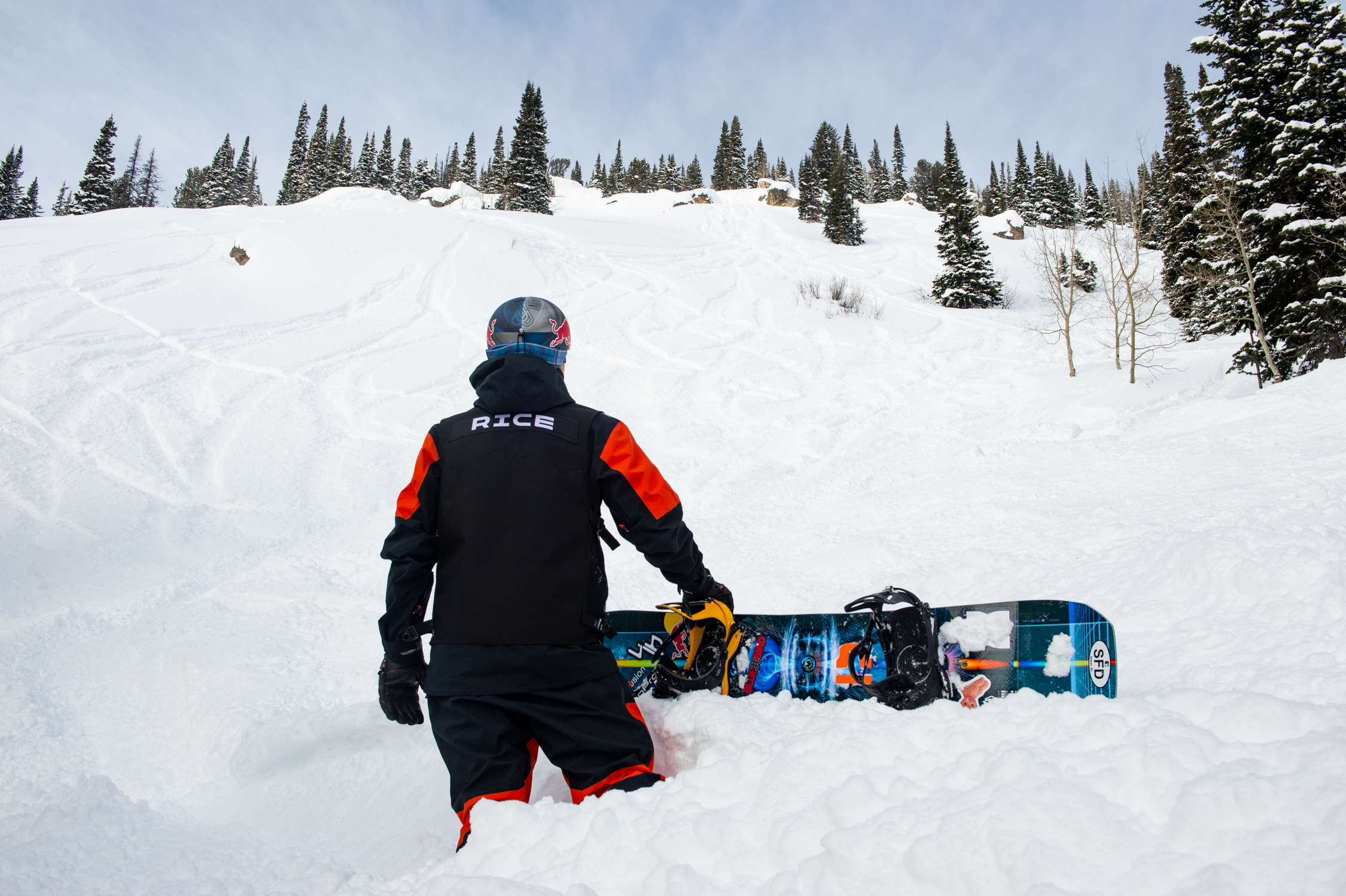