A white ribbon of snow stretches along downtown Wenatchee, WA’s Orondo Street, with four rail features set up throughout. A few hundred people buzz around the bottom of the strip, enjoying regionally brewed beers and live music on this clear, chilly Friday night in late February. The energy up top is a bit more focused, where a dozen or so snowboarders are getting ready to drop in and battle out for bragging rights at this year’s Rails & Ales rail jam put on by Mission Ridge Ski & Board Resort. The lineup is stacked with talented riders, and it’s about go time. 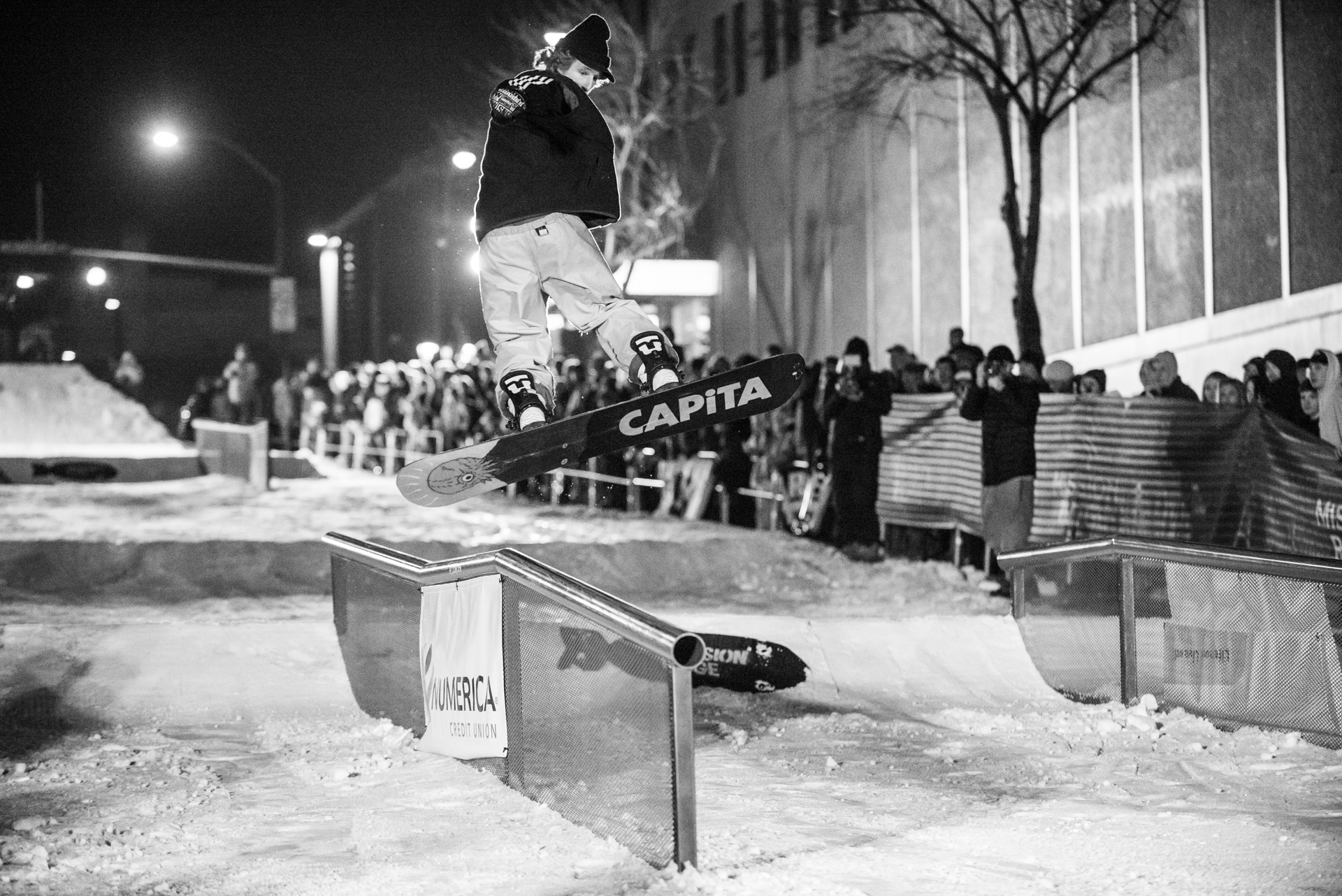 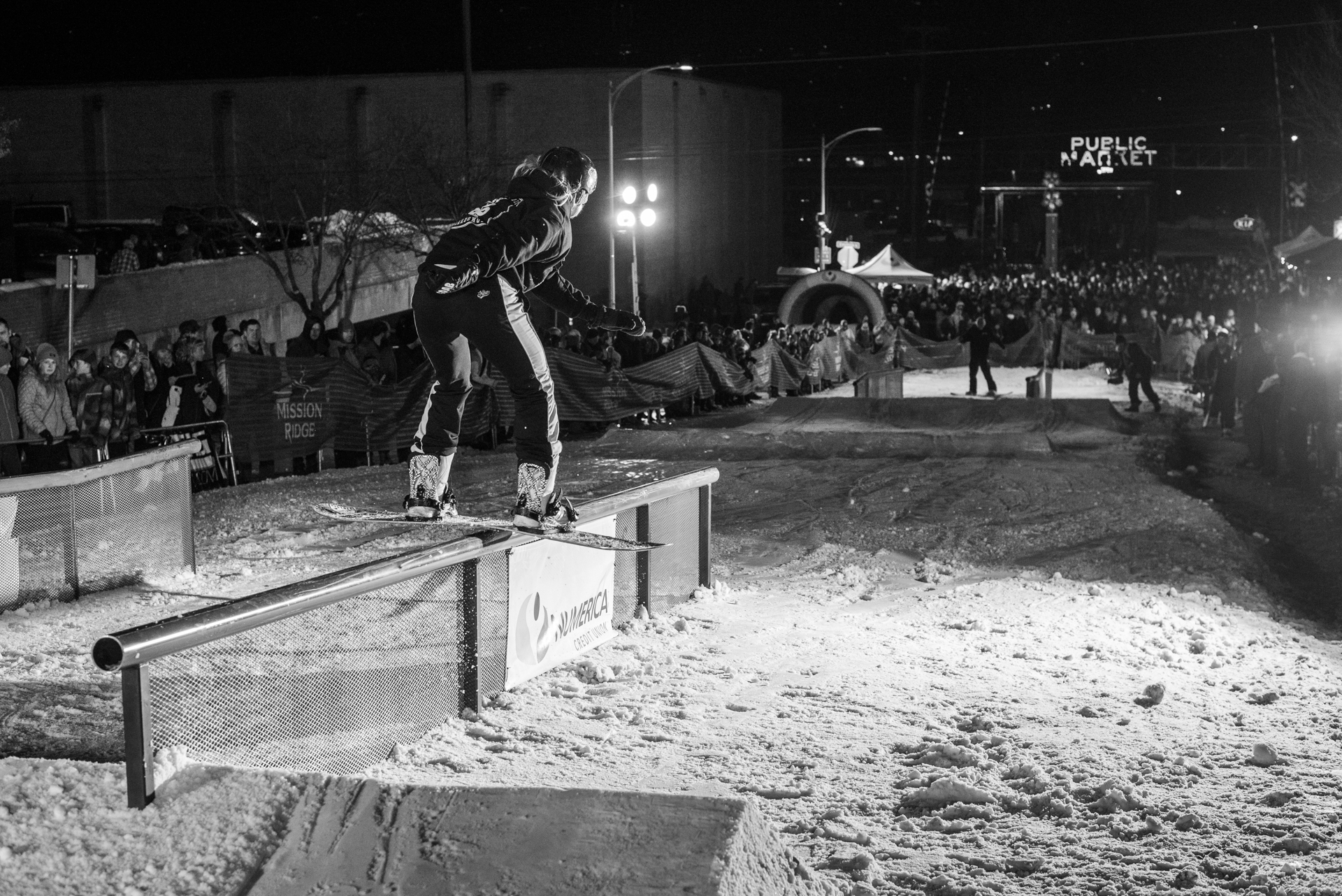 ABOVE Nikki Roemer, backside boardslide. Check the size of that crowd.

Riley Richardson stomps an aggressive front 5050 360 out for the very first hit of the heat, effectively stating that warmups are over. Throughout the qualifier and final that follow, the riders come through with a heavy handful of hammers. Spins on, spins off, spins during—switch-ups and swivels seem to be the crowd-and-judge-pleasers, with Austin Visintainer clearly leading the charge on that front. With even more room to work with than at last year’s Rails & Ales, a few start milking speed to gap out to the second down of the kinked rail. The level of riding is high, but overall the competition feels friendlier than it does fierce. Although there’s some prize money on the line, most of us are just here for a fun time. 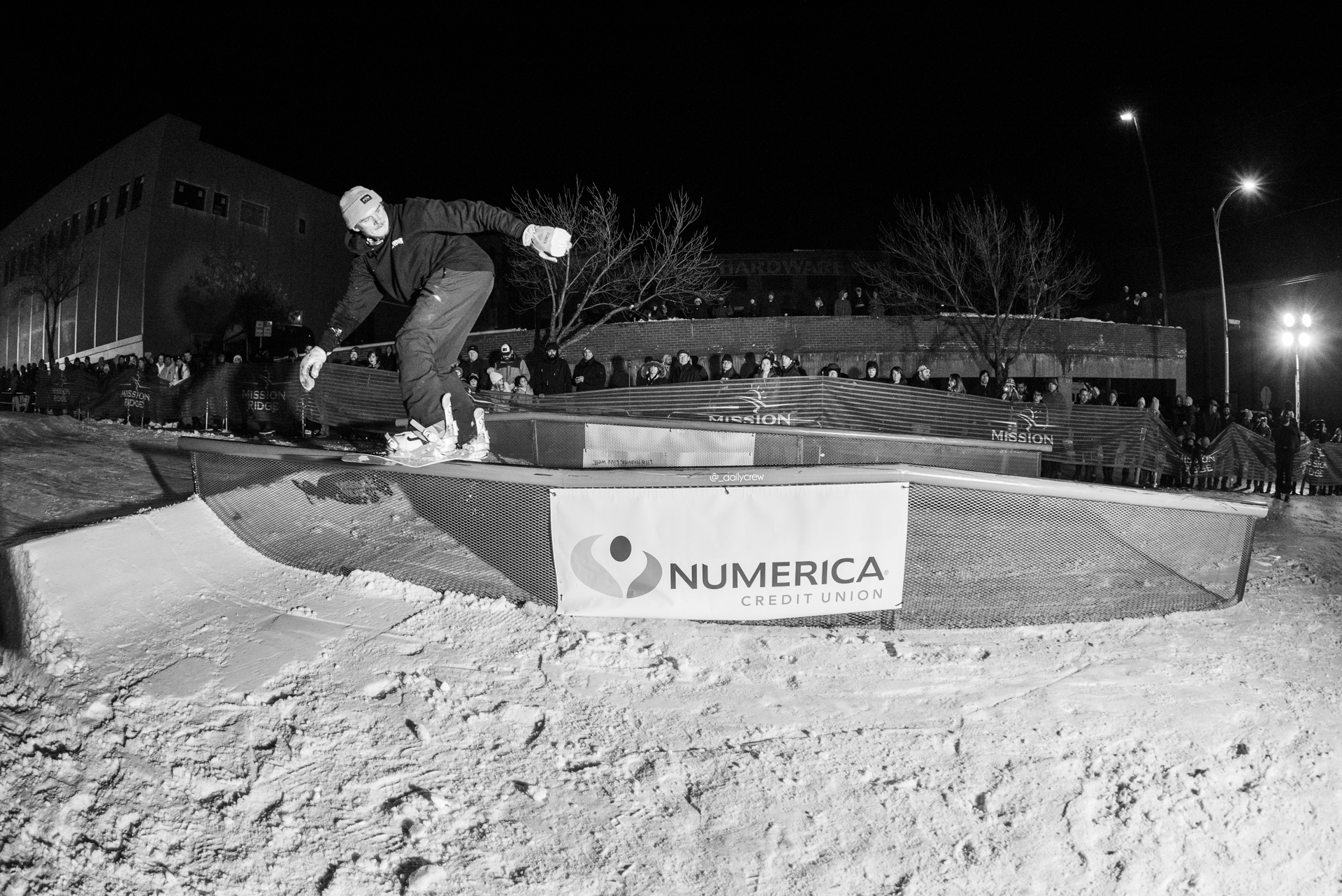 As the jam comes to an end, Austin and Riley claim first and second in the men’s division, respectively, and Shane Keller follows them up in third. Consistent stomps land Nikki Roemer in the top spot for the women’s division, with Megan Koski, second, and Kim Lee, third, coming up close on her highbacks. After a quick awards-ceremony the riders disperse as quickly as they had come together just a few hours prior, making their way down the white ribbon to join the growingly vibrant crowd dancing at the bottom. It wouldn’t be Rails & Ales without a few drinks to wash down the jibbing. The kegs are stacked with those tasty local brews, and it’s about go time. Dropping. 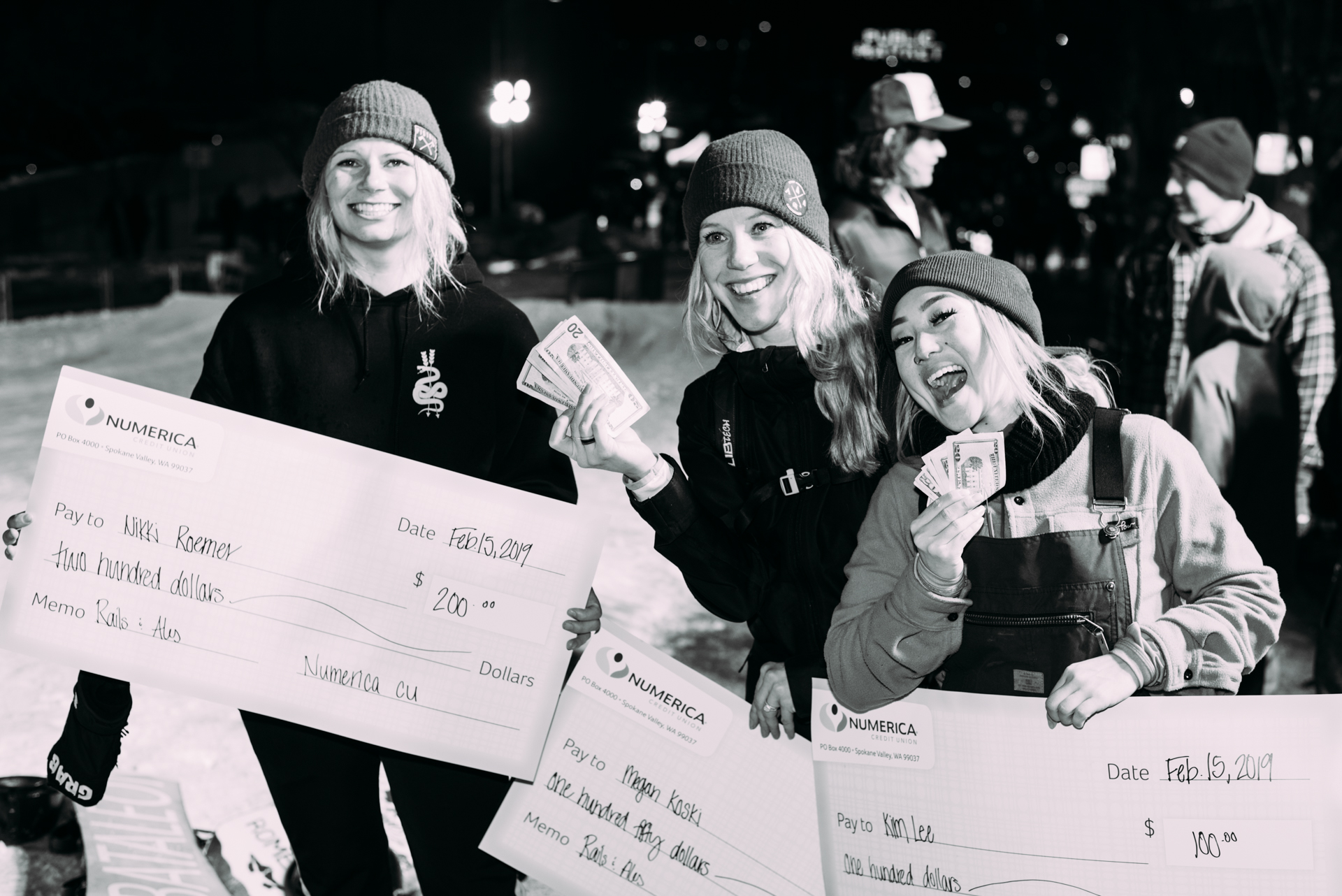 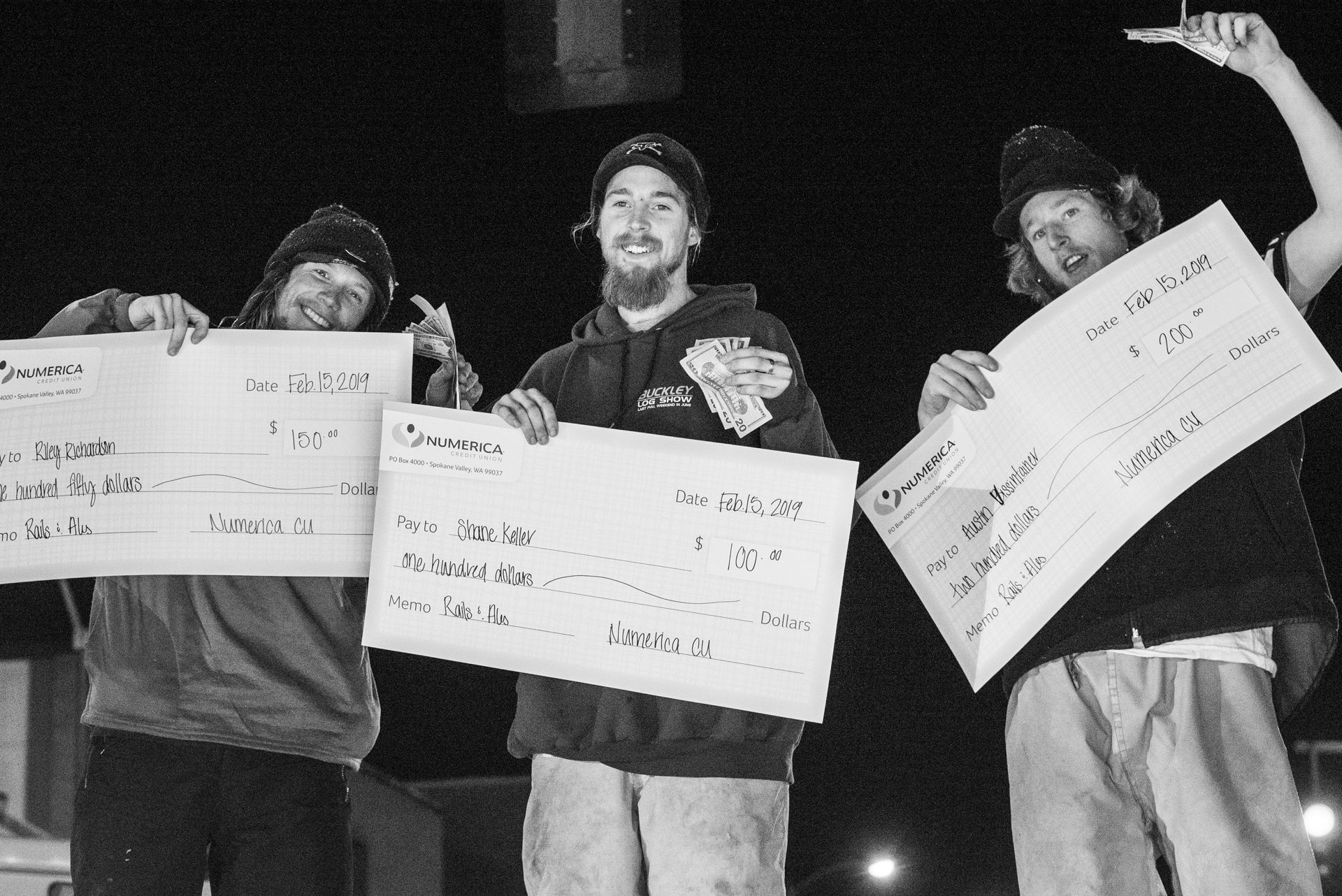 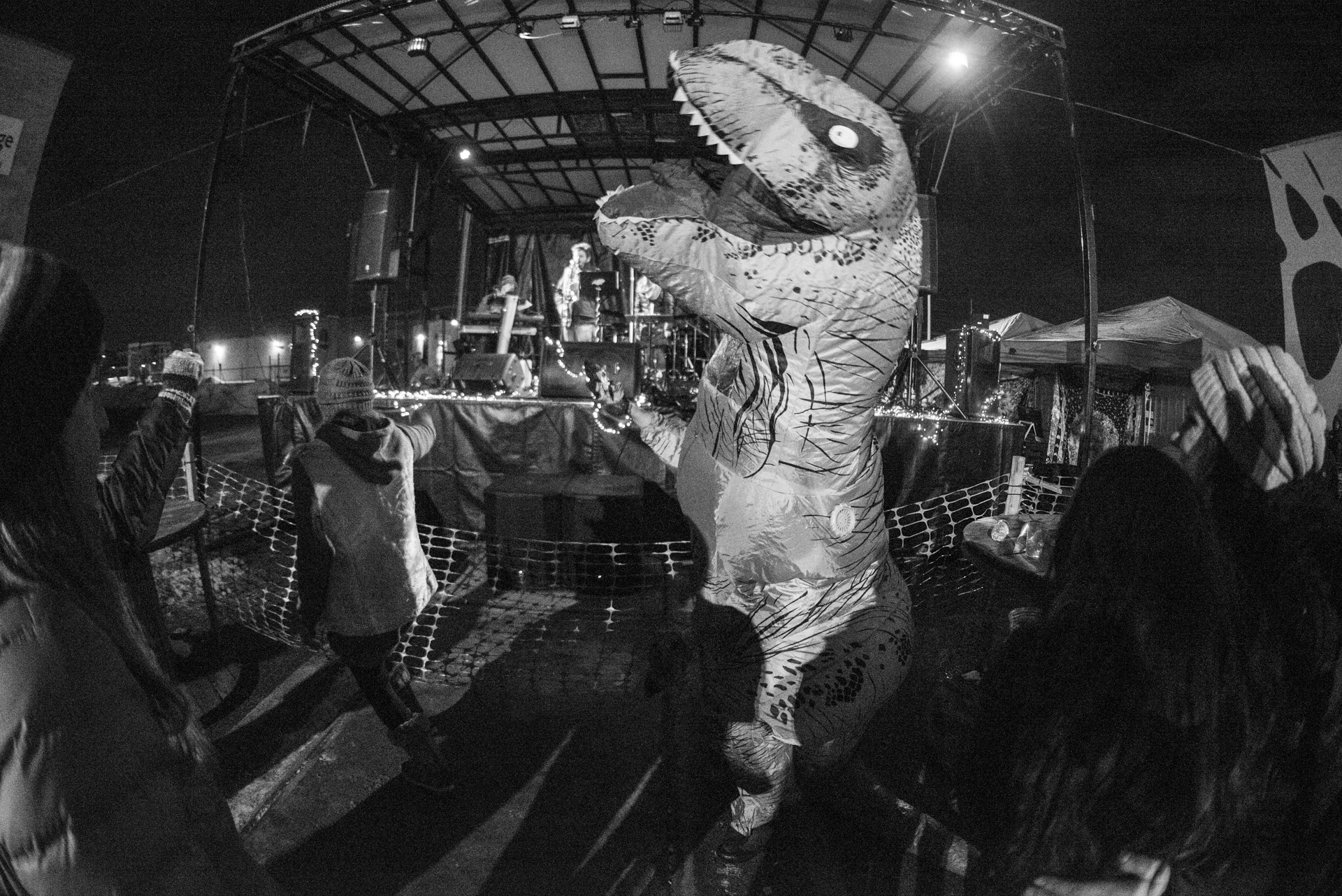 ABOVE The afterparty got a little weird, but in a good kind of way. Party dino tearing up the dance floor.

Thanks to Tony Hickok and the rest of the Mission Ridge crew for putting on another awesome Rails & Ales event. We’ll see you back on Orondo Street for Rails & Ales 2020.