“Can I have everyone’s attention over here?” Pat Moore yells over the sound of more than 40 idling snowmobiles bound for the Jackson, WY backcountry. It’s difficult to decipher exactly what he said next, although it went something like, “This is a shit show, but we’re going to make it work.” Pat’s speaking to a gaggle of industry heads—shop owners, retail buyers, photographers and writers from around North America—here for Vans Snowboarding Days, a three-day event in late February to check out the Vans Snow 2021 lineup (boots and products in their All Weather MTE line), provide feedback and, above all else, shred some pow. Pat, Hana Beaman, Bryan Iguchi and Sam Taxwood are ready to lead us into a zone fit for snowsurfing, and we’ve got about 25 Asmos in tow. One thing’s for sure: when the Vans Snow crew plans a get together, they go full send. 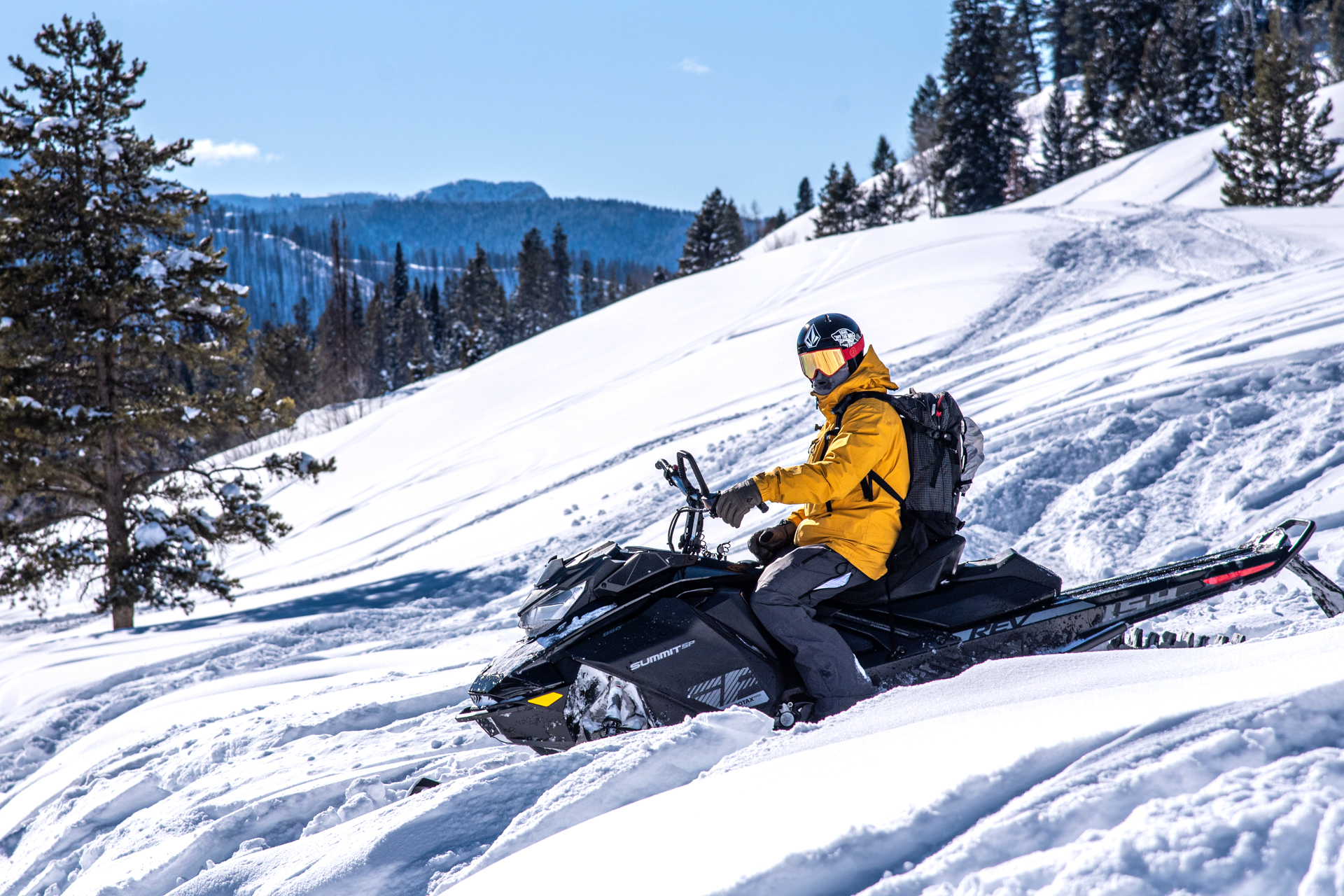 ABOVE Pat Moore in the Jackson, WY backcountry. He may look a bit intimidating here, but Pat’s actually one of the nicest guys you’ll ever meet. Photo: Ben Shanks Kindlon

This is day two of Vans Snowboarding Days 2020. Yesterday a third of us splitboarded around Grand Targhee Resort’s surrounding backcountry while the rest hopped in snowcats to pillage the prime pickings of a recent storm in a nearby area. Tomorrow we’ll head to Jackson Hole Mountain Resort and divide into smaller groups for tram-accessed backcountry tours with the resort’s Mountain Guides operation. Twenty inches of cold smoke fell just before we showed up and the skies cleared. With timing as good as our initial feelings of fortune, nobody’s taking this trip for granted.

It was a shit show at times, sure, but we made it work. Also, considering the crew that came out, we wouldn’t have wanted it any other way. The photos to follow are snapshots of our week in Wyoming, a week that was truly off the frickin’ wall. 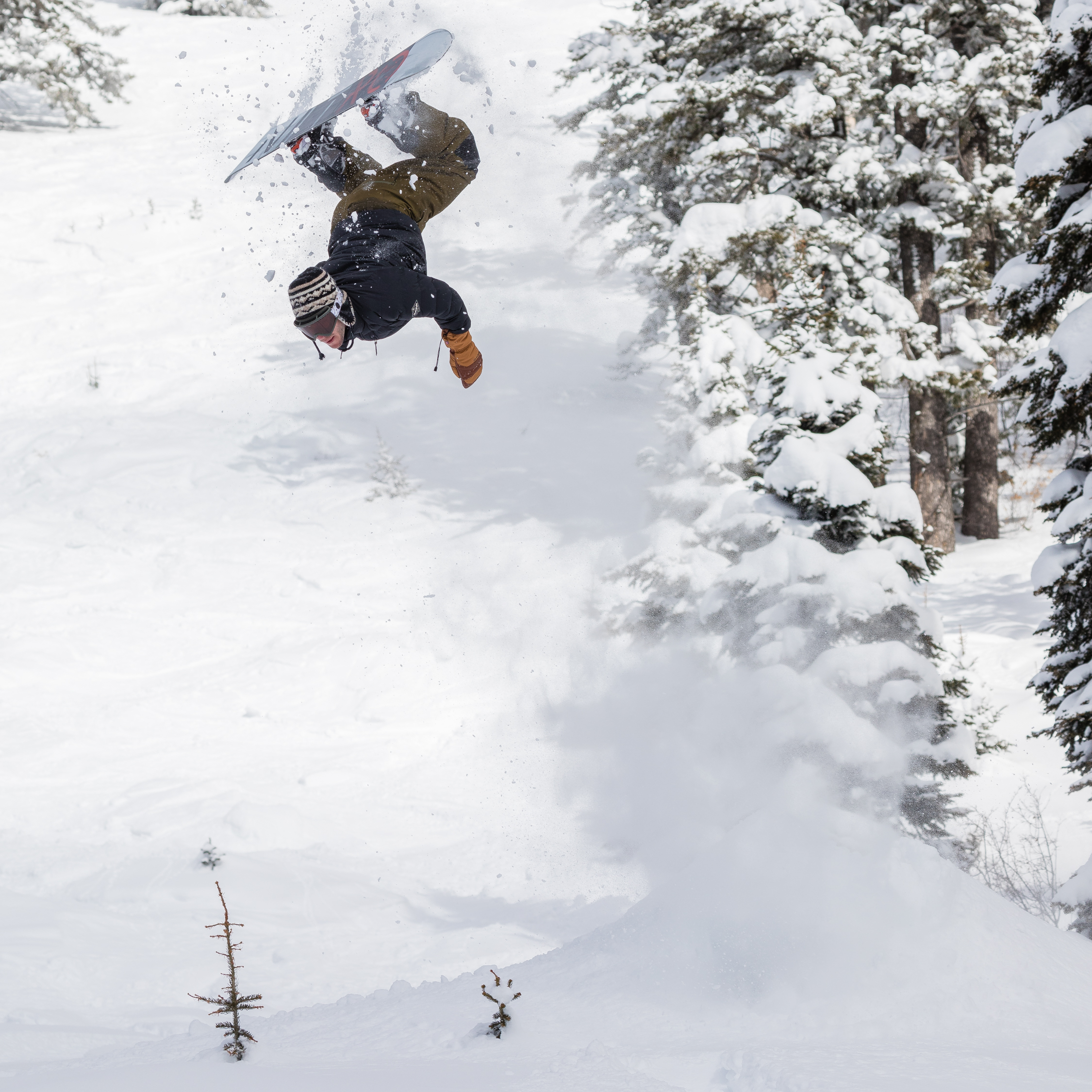 ABOVE Sam Taxwood putting his new boots to the test in the backcountry near Grand Targhee Resort. Photo: Jack Dawe 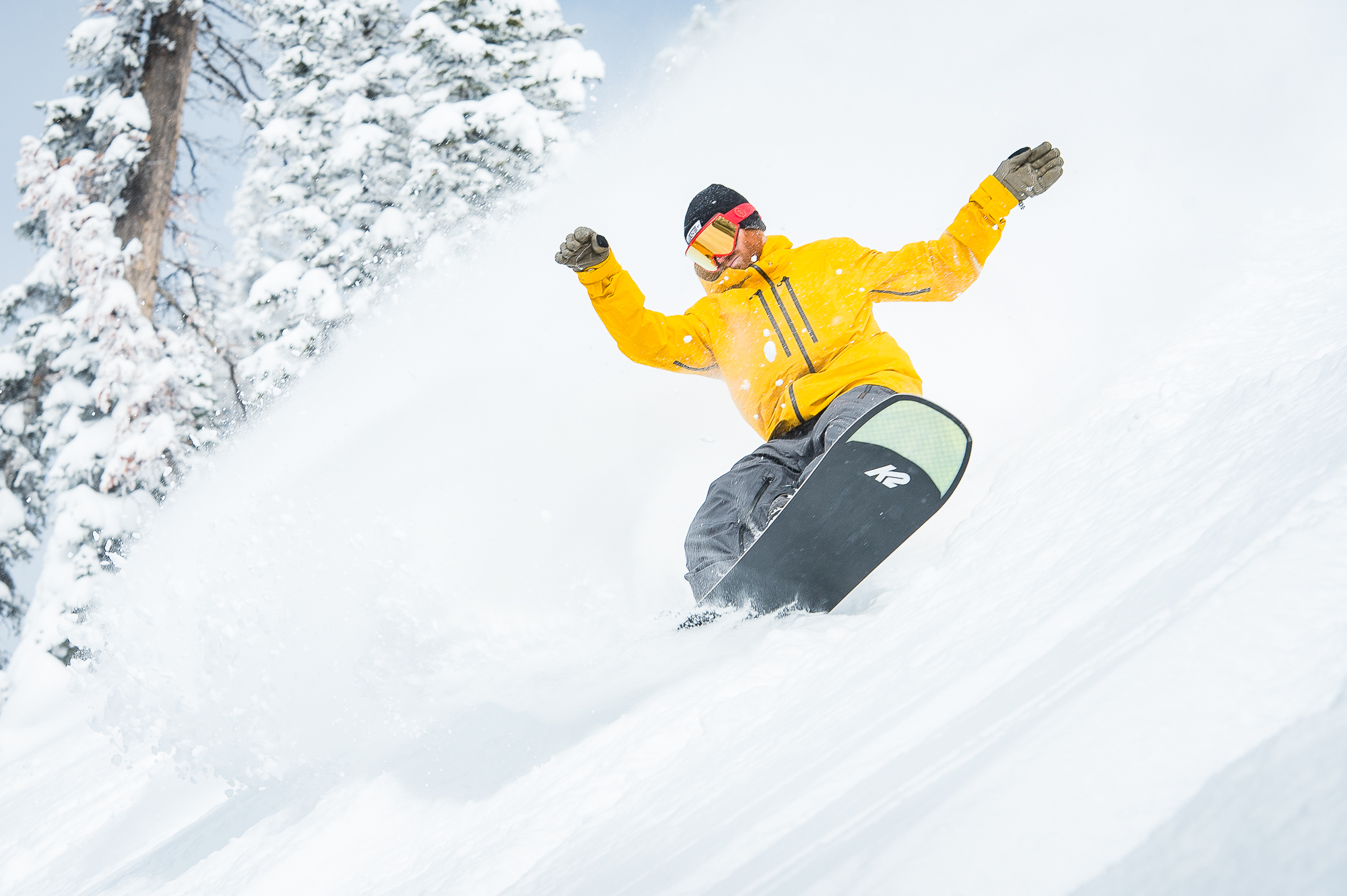 ABOVE Do you think this plush, powdery trip will inspire Pat Moore to cat more? Photo: Cole Martin 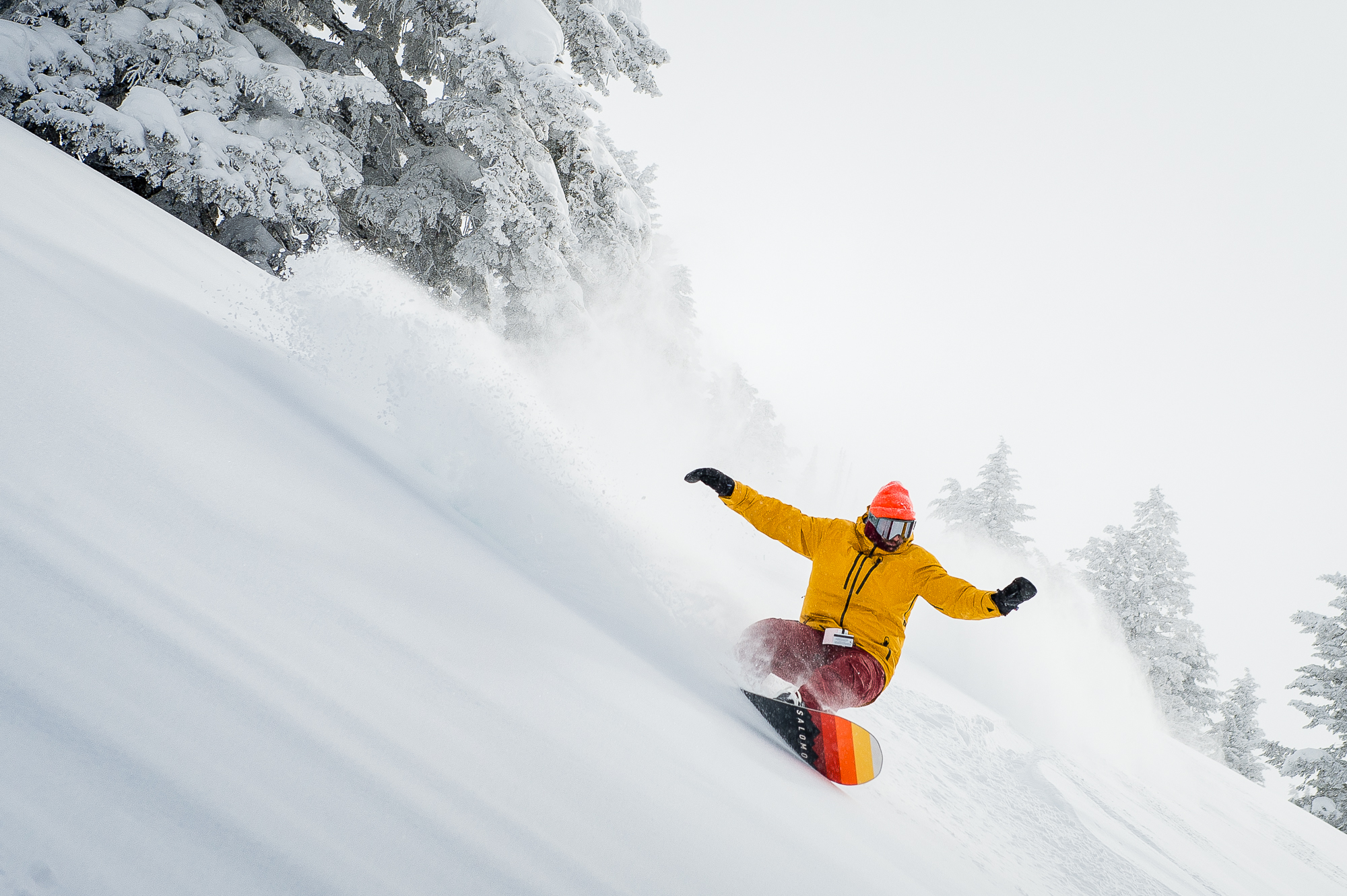 ABOVE evo’s Stewart Langner going heelside on the catboard outing. Get it, Stew. Photo: Cole Martin 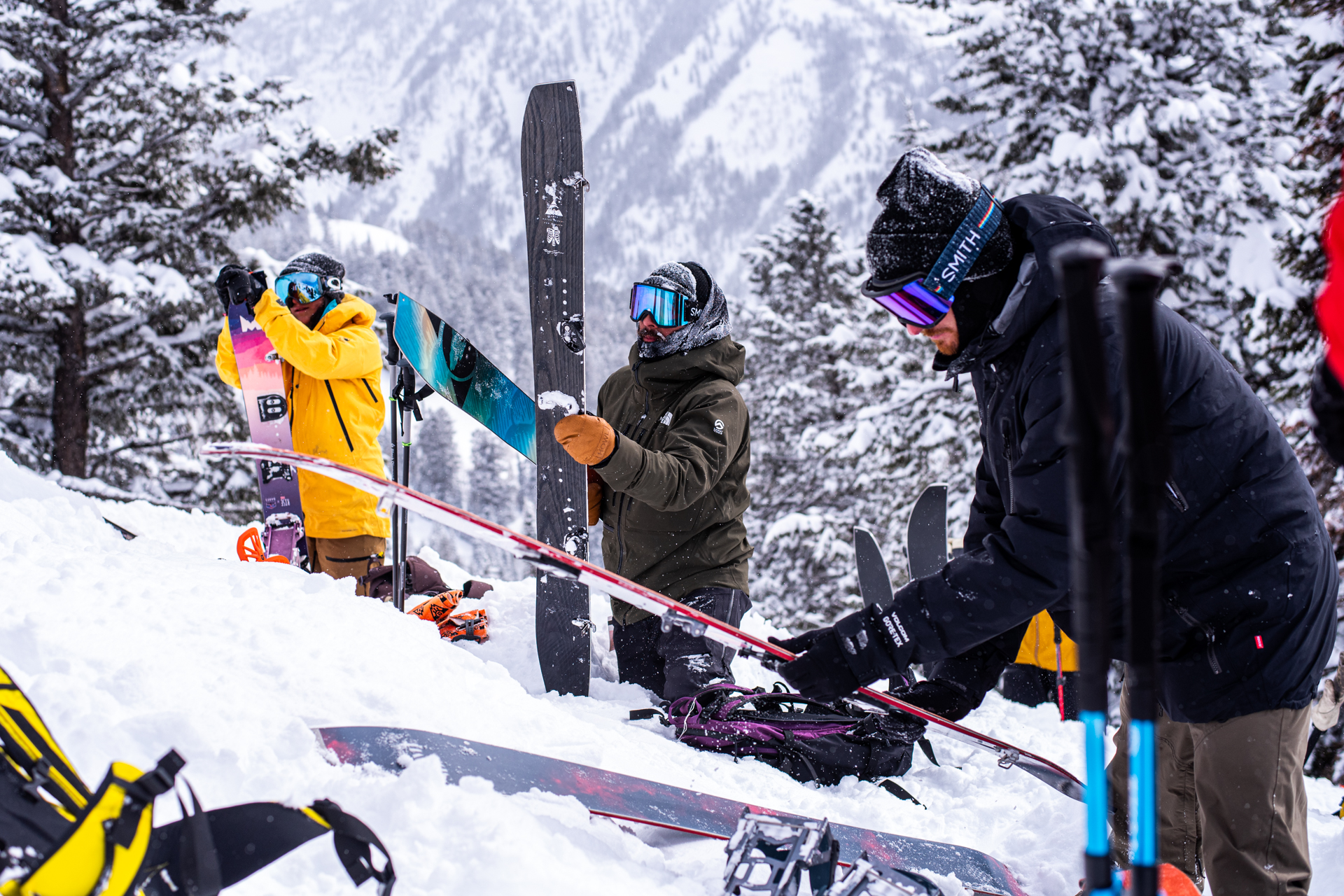 ABOVE Vermont based photographer Ashley Rosemeyer. This was Ashley’s first trip out west and she killed it on the split mission. #bigmountainthrashley Photos: Ben Shanks Kindlon 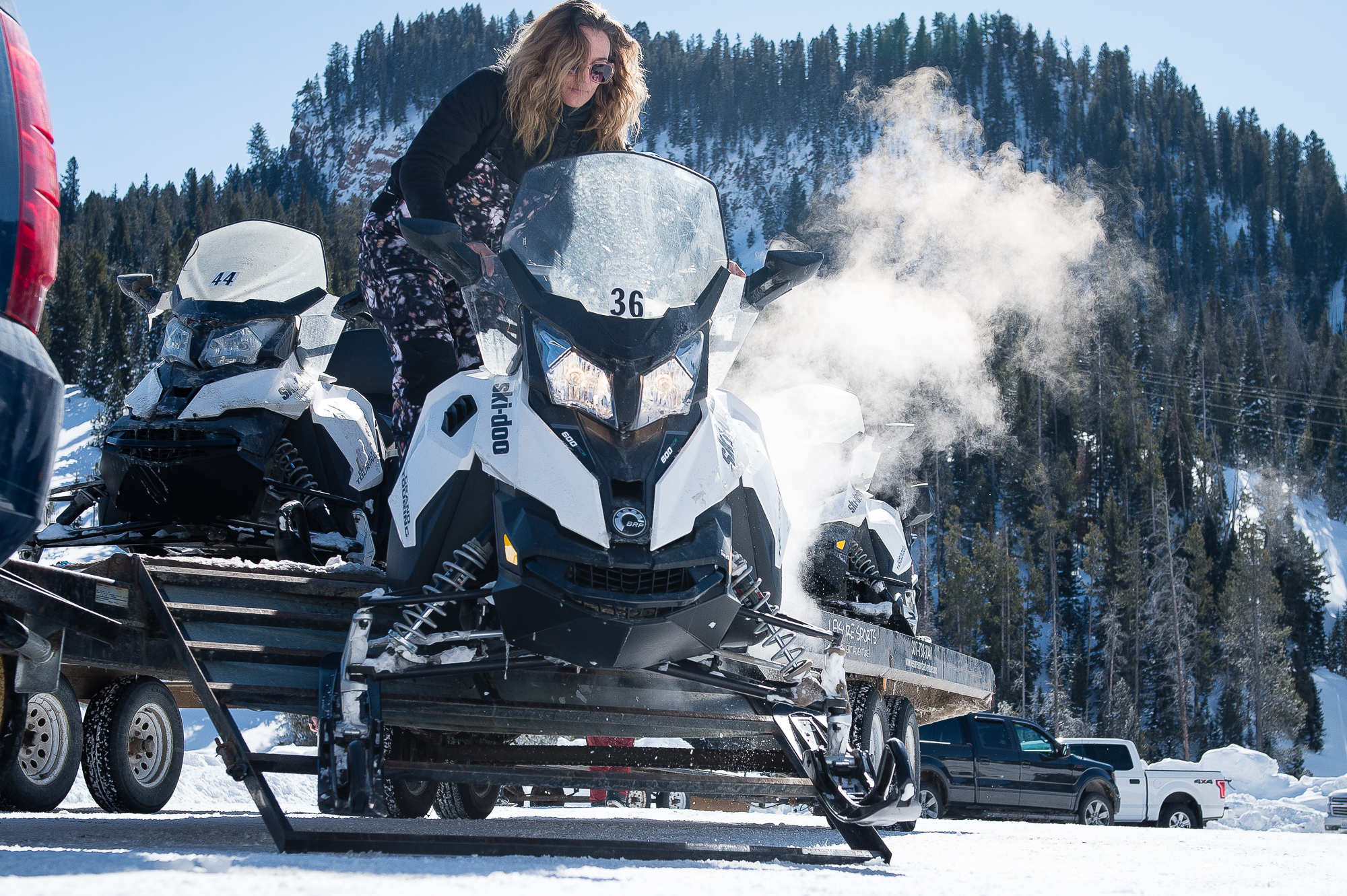 ABOVE Backcountry boss Hana Beaman unloading one of dozens of sleds before leading the crew towards some amazing snowsurf terrain. Photo: Jack Dawe 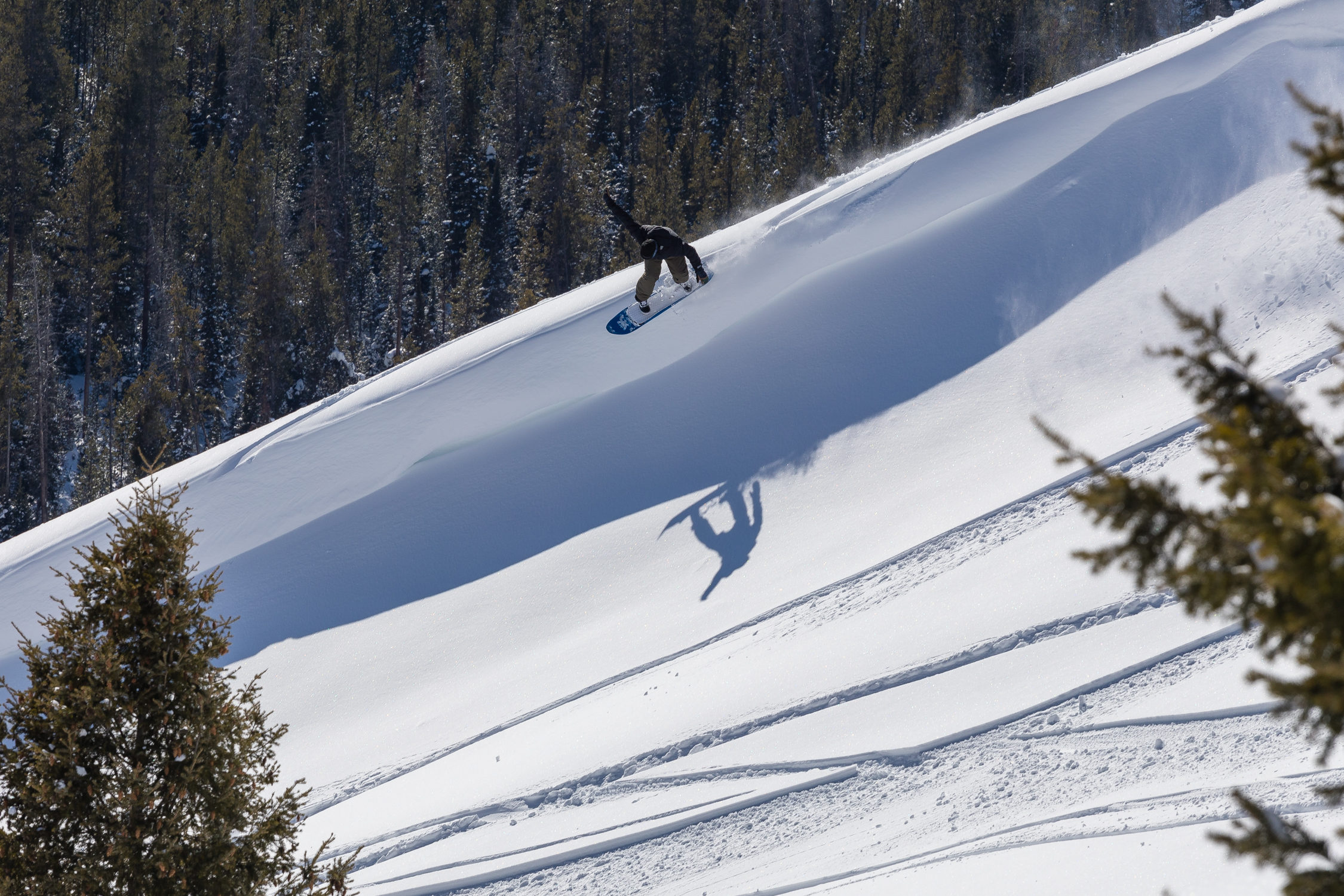 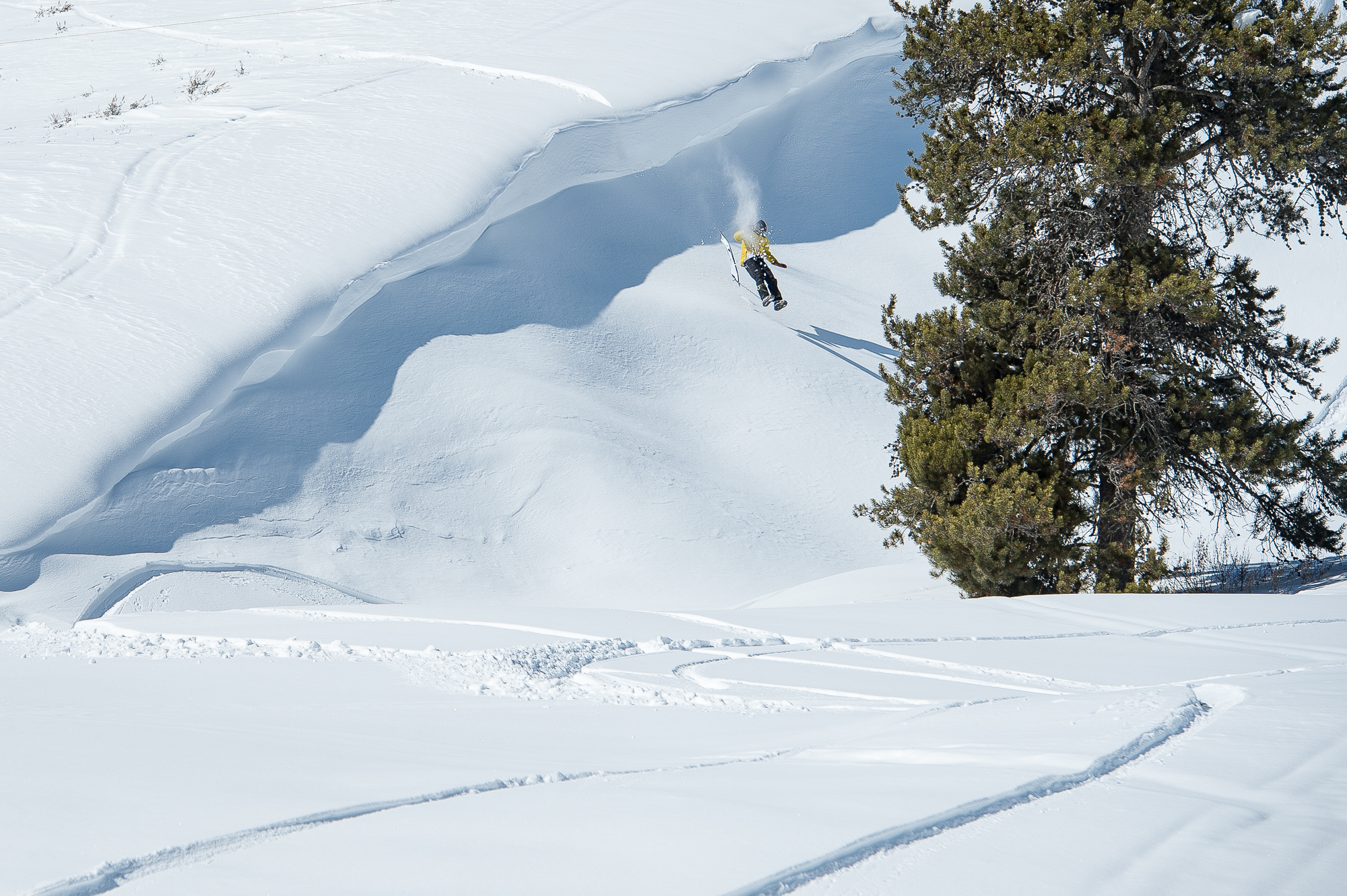 ABOVE Snowsurfing: It’s harder than it looks. Photo: Jack Dawe

ABOVE Bryan Iguchi (left) and the crew hiking for fresh turns on a windless, bluebird day in the backcountry surrounding Jackson Hole Mountain Resort. It was a great day for snowboarding, and definitely a bad one to forget your sunscreen. Photos: Jack Dawe 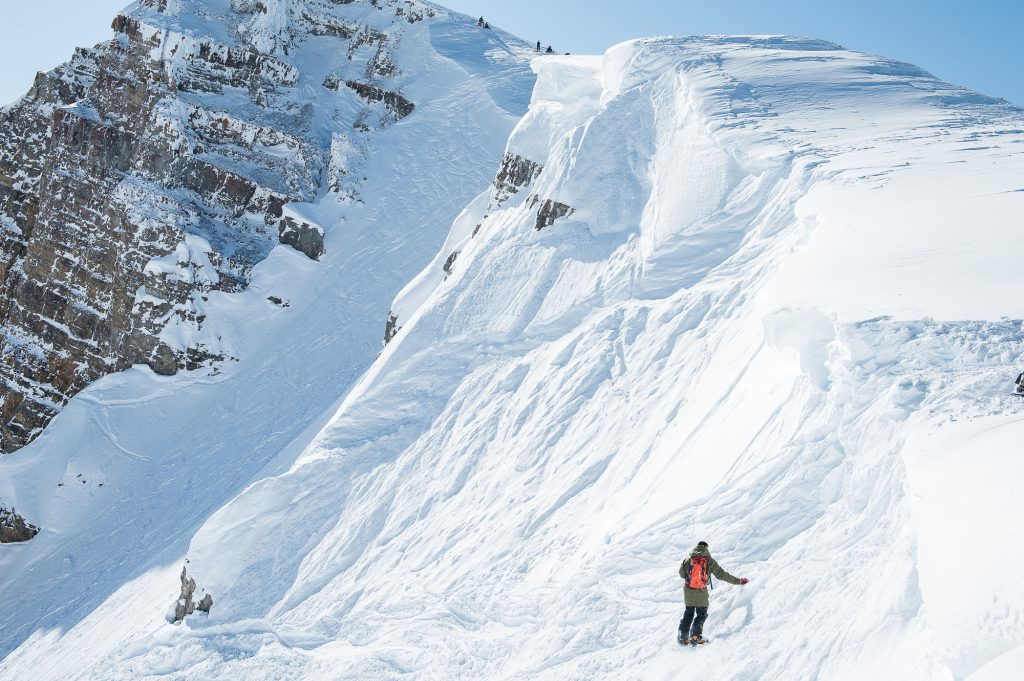 ABOVE Although a bit tracked out, we got here early enough that the snow was still cold, soft and easy to ride right through. Method Mag’s Michael Goodwin drops in. Photo: Jack Dawe

ABOVE (left) The legendary Tommy Moe, a former Olympic skier and co-founder of Tordrillo Mountain Lodge, works as a mountain guide at Jackson Hole before the lodge opens up in mid-March. “I usually ski,” he said, “but I saw this was a group of snowboarders so today I’m snowboarding. Gotta keep it real.” On the right you’ll see one of the many faces he brought our group down on the backcountry tour. The two boulders in the middle of this pitch are known as “Field Goal”–a Jackson classic, according to Tommy. Photos: Ben Shanks Kindlon 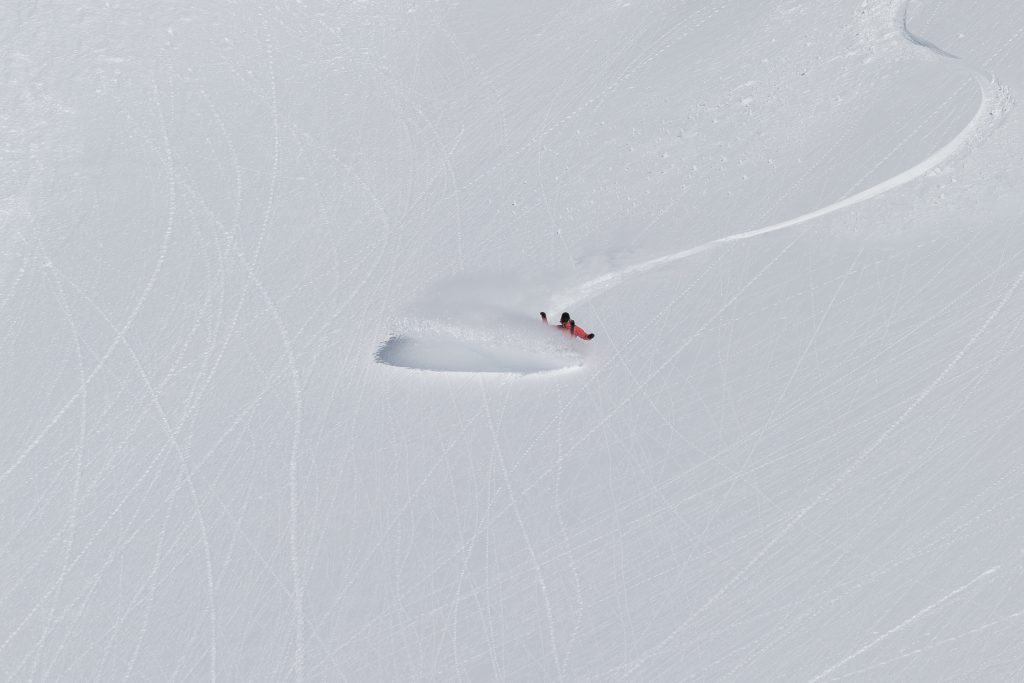 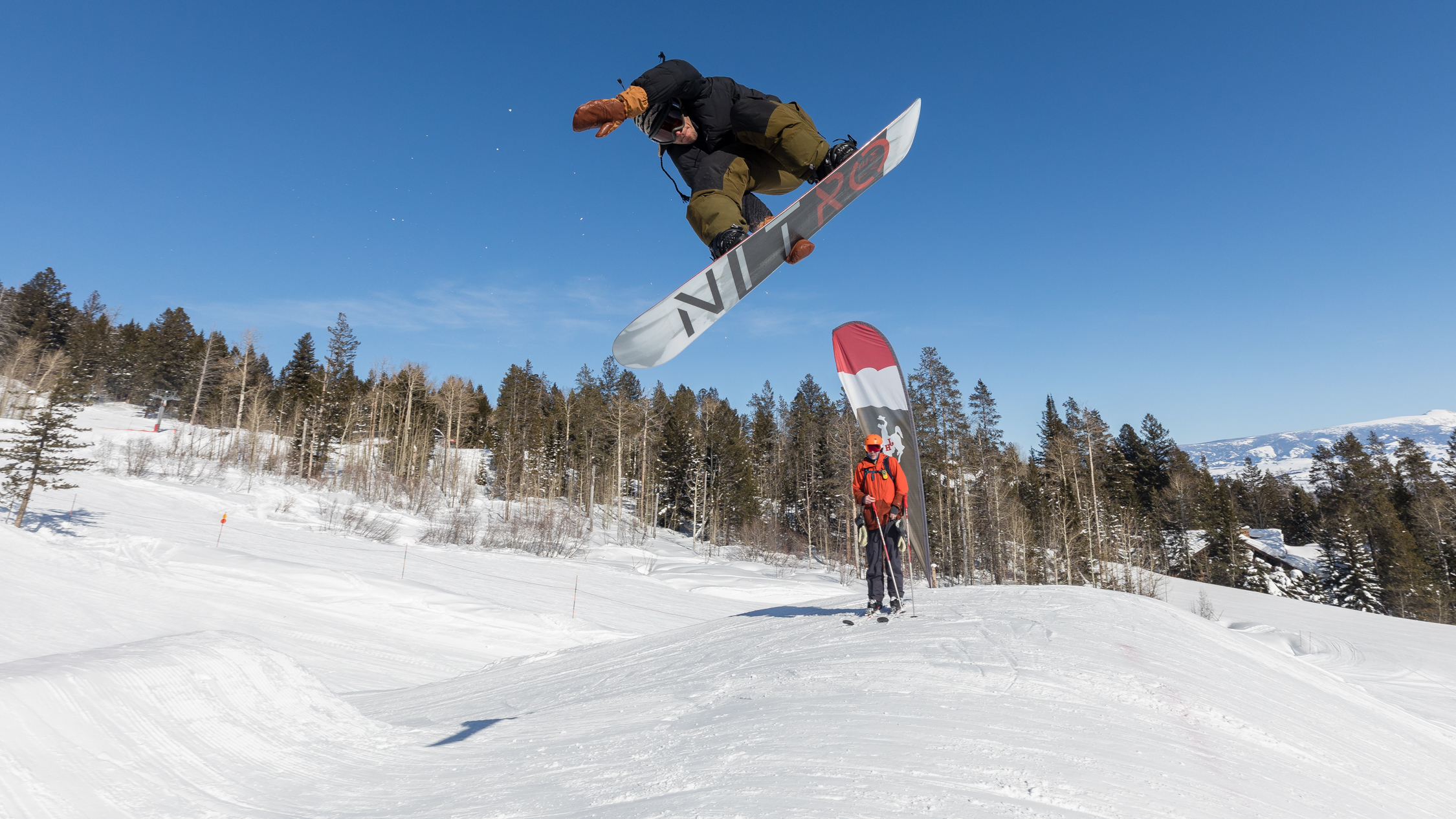 ABOVE Sam Taxwood exhibits the versatility of his Hi-Country and Hell Bound boots with a frontside 360 in the Jackson Hole terrain park. This sunny park session wrapped up the third and final day of our group tearing it up in the Tetons. Till next time! Photo: Jack Dawe

Many thanks to Justin Villano, Kevin Casillo, Matt Patti, Kyle Martin, George Pedrick, Ross Howatt and the rest of the Vans Snow marketing and events crews for all your hard work in making this trip epic beyond words. Vans Snowboarding Days 2020 was absolutely all-time, and the 2021 snowboard boots and MTE products look and feel great.