Endless clips of pow lines in Japan, Chris Roach’s grasser, and steep, technical rails that I have no business approaching—these are the visions set to auto-play in my mind. They automatically rewind and repeat, looping in my internal VCR when I catch myself staring out the window.

Fantasies of getting paid to travel with my snowboard started when I was 14 and never really faded. I was often accused of being a daydreamer in school and fled to the mountains to pursue those dreams. Fortunately, although going pro never transpired, I fulfilled a very different narrative more suited to my natural given talents: the life of a designer and illustrator.

Earlier this year, I created this series of illustrations for the One Moto Show in Portland. Initially I was caught off guard because I didn’t have a collection fit for the event, and the show was only a few months away. So, I did what I do best: daydreaming. My thoughts went to snowboarding and the personalities that influenced its culture and my life over the years. From those visions, a theme transpired. 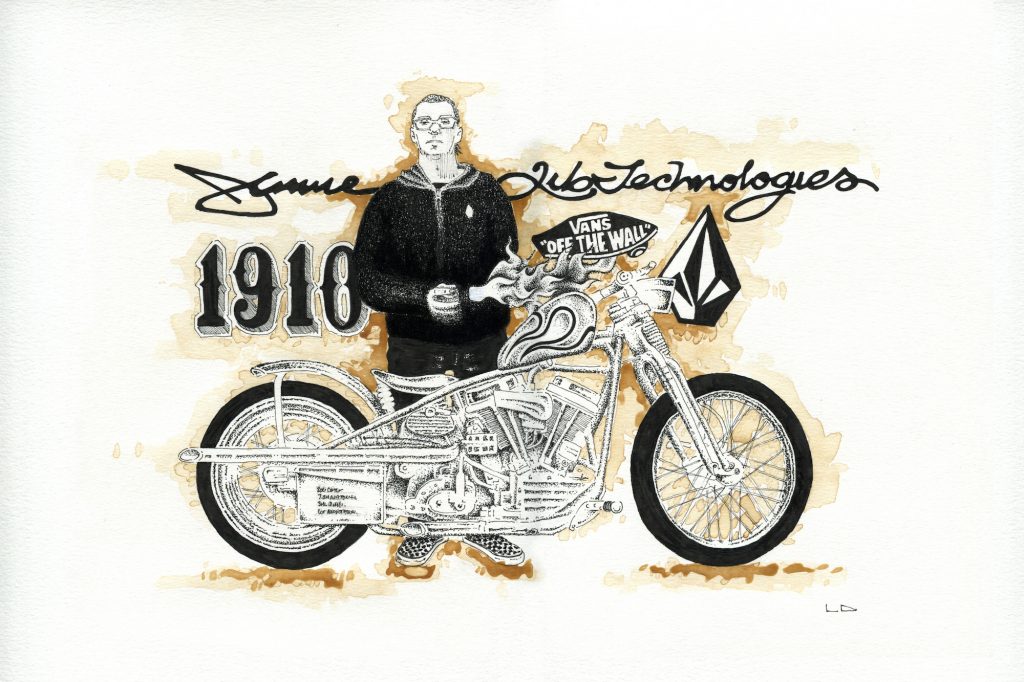 Jamie Lynn, whose method helped pave a long career in snowboarding with over 25 years of pro models, has found new ways of pushing his limits off the mountain on a custom-built Harley. Shane Flood, who at a time had one of the best rail games in the business, also came to mind. I still see Shane ripping up on Mt. Hood, OR in the winter, and around Portland on his custom Harley Dyna CVO during warmer months. 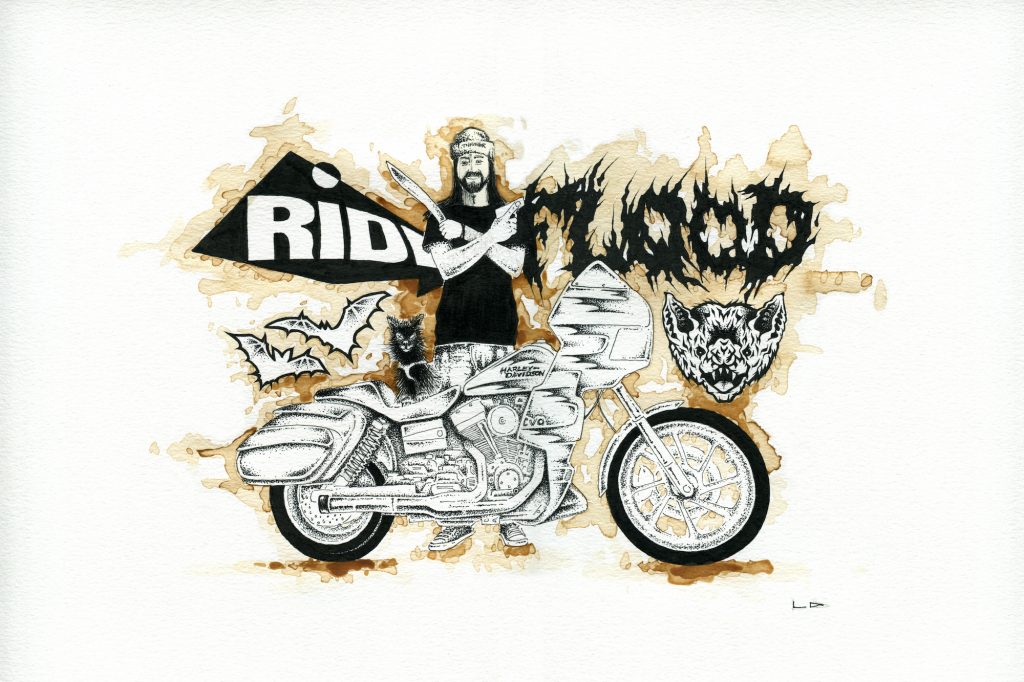 Add to that mix former Sims pro Sean Dillard, who graced one of the first centerfolds in the now defunct Transworld Snowboarding back in 1988. Sean still manages to get time in at Baldface Lodge, B.C. when he’s not tearing streets full throttle on his Harley Dyna. And, of course, there’s Corey Smith, who followed up his time in front of the lens by channeling that same creative energy into shaping snowboards and starting Spring Break. Corey continues to tour the world, sharing visions of the Fountain of Youth while leaving a trail of dust in the backcountry on his Harley Dyna Street Bob. All of these uniquely different personalities are tied together by a shared passion of living fast without hesitation, and channeling their creative energies on and off the mountain. The illustrations featured here hint to some of the thoughts I envisioned filling their minds as they zone out and let their eyes drift towards the horizon.

Despite my wildest daydreams, I won’t have a full part edited to my favorite Pinback song in the upcoming Absinthe movie after all. But I will be obsessing over whatever design or illustration project I’m working on, channeling that energy into various creative outlets. And, of course, I’ll take some time to let my eyes drift towards the window as I fantasize about the next powder day on Hood, stacking clips for visions set to auto-play.

Artist Note: This illustration series is inspired by and dedicated to our friend Matt “Matto” O’Brien, who passed in 2019 doing what he loved.