“This is probably the most wetsuits I’ve ever seen drying out in this parking lot,” Arran said.

He’d just pulled up beside me at Mount Washington on Vancouver Island, BC. My suit was already spread out atop my van as I slipped into snowboard boots. He was about to do the same surf to snow shuffle, alongside a hundred-plus folks fresh off the three-hour drive from Ucluelet. Some had surfed that morning, maybe even stopped to skate en-route in search of that elusive surf/skate/snow trifecta.

It was nearing noon on May 4 and an assemblage of bleary-eyed characters were rolling in late to complete the third leg of Marie-France Roy and Alicia Gilmour’s Westcoast Triple Plank. Now in its third year, the contest/fundraiser for the Central Westcoast Forest Society [CWFS] is gaining momentum—it raised around $10,000 the first two years and the 2019 edition raised over 10k in three days.

The Triple Plank is an an act-local event for Marie, who lives in Ucluelet in a hand-built Cob house with a mini-ramp in the front yard. It’s extension of Marie’s passions, and a reflection of her personality as well. Her winters are spent snowboarding, her summers skating and surfing. Marie’s a straight-forward, honest, and caring person. Conservation and sustainability are usually at the forefront of her mind. But she’s also down to run fast and loose at times and take a few bumps and bruises along the way.

It began with restoration: on Thursday night, many attendees joined CWFS off Highway 4 to plant a few trees as part of a streambed recovery project to create spawning habitat for a range of local salmonids. Gene from the Tla-o-qui-aht First Nations opened the festivities with a traditional chant, sending good vibes out to those assembled on their traditional land. Coho salmon and cutthroat trout fry held in freshly-built pools, in a place where no water ran just five years ago. We planted to help shield a small stretch of water alongside Highway 4—not a herculean effort by any means, but a bit of giving back to kick things off.

On Friday morning, we gathered at Tofino’s Cox Bay on a variety of surfcraft to ride waist-to-chest high peelers in groups of five for 20-minutes each. With plenty of sun and a bit of wind, mellow beach vibes prevailed, and it hardly felt like a contest as surfers donned bibs and went out for a quick session among friends. Then the festivities moved to the Tofino skate park. Picture 100 skateboarders jamming high speed lines in the deep end of the bowl and sessioning a few rails. There was a modicum of organization, as two-minute heats ran to equally short punk rock offerings from NOFX and the like. Although a bit of blood was spilled (heal up Craig!), most rolled away clean and began packing their bags to head east.

Which brings us to Mount Washington. On the east side of Vancouver Island above the Comox Valley, it’s a small-ish resort with a mom and pop vibe. It’s also where I grew up riding. It’ll always hold that mid-90s place in my heart, a snowboard scene dominated by too much over-sized denim and Lucky Lagers and a raw, DIY approach—Vancouver Island vibes incarnate. The lifts were done spinning for the year, but the resort opened its doors to an ample crew, providing a very mellow ski patroller to oversee the carnage.

Around a dozen volunteers had spent the week building the course by hand, then let it sit for a couple days while we planted, surfed, and skated. From the lot, I could see early arrivals already shoveling as the sound system fired up. It was sunny, but a cool breeze took the edge off the alpine oven. A ten-minute hike to the bottom revealed something perfectly sketchy: a few dozen knee-deep berms with a couple pump bumps and a double/triple option in the middle. It all ended with a cat-pushed finish line booter. Harry Kearney, who knows a thing or two about going fast, described it as “fast and loose.”

Practice laps and a group effort with the shovels built up the turns, and by mid-afternoon, the speedy little snake run was nearing waist deep. Kids and women ran first, then the men, then a rebate lap for those who wanted it. Standing by the mid-course whoops, it quickly became clear this wasn’t a race for the faint of heart—face plants were commonplace, and a few boarders found themselves hobbled by an ill-timed edge placement. With a bit of liquid lubrication and timed laps in the books, the finish line air became a focal point, and huckers hucked, even when a large boulder began to emerge in the left side of the landing.

Slowly, though, everyone trickled back to the parking lot, to their almost-dry wetsuits, to the lodge where live band karaoke and a silent auction awaited. By the time I crawled into my van, it was nearing 1am. A bonfire was just getting started. I could hear a dirt bike blazing around the lower lot. The party was gonna rage through the night, moving fast and perfectly loose into a beautiful Vancouver Island spring morning.

More snow, skate and surf awaited those with any juice left in their system.

A huge thank you to Marie-France Roy, Alicia Gilmour, The Central Westcoast Forest Society, the Tla-o-qui-aht First Nations, diggers, artists, judges, DJs, and to Howlers restaurant and Relic Surf Shop for hosting the registration festivities. Your generosity and dedication to this celebration of board riding and the land in which we play is hugely appreciated. And finally, thank you to the sponsors for overwhelming support: Karun, Patagonia, Arbor, Clif Bar, Vans, Beaverwax, Nibz, Dakine, Relic Surf Shop, Antisocial, Skull Skates, Gnu, Lib Tech Surf, and Tofino Brewing Company. 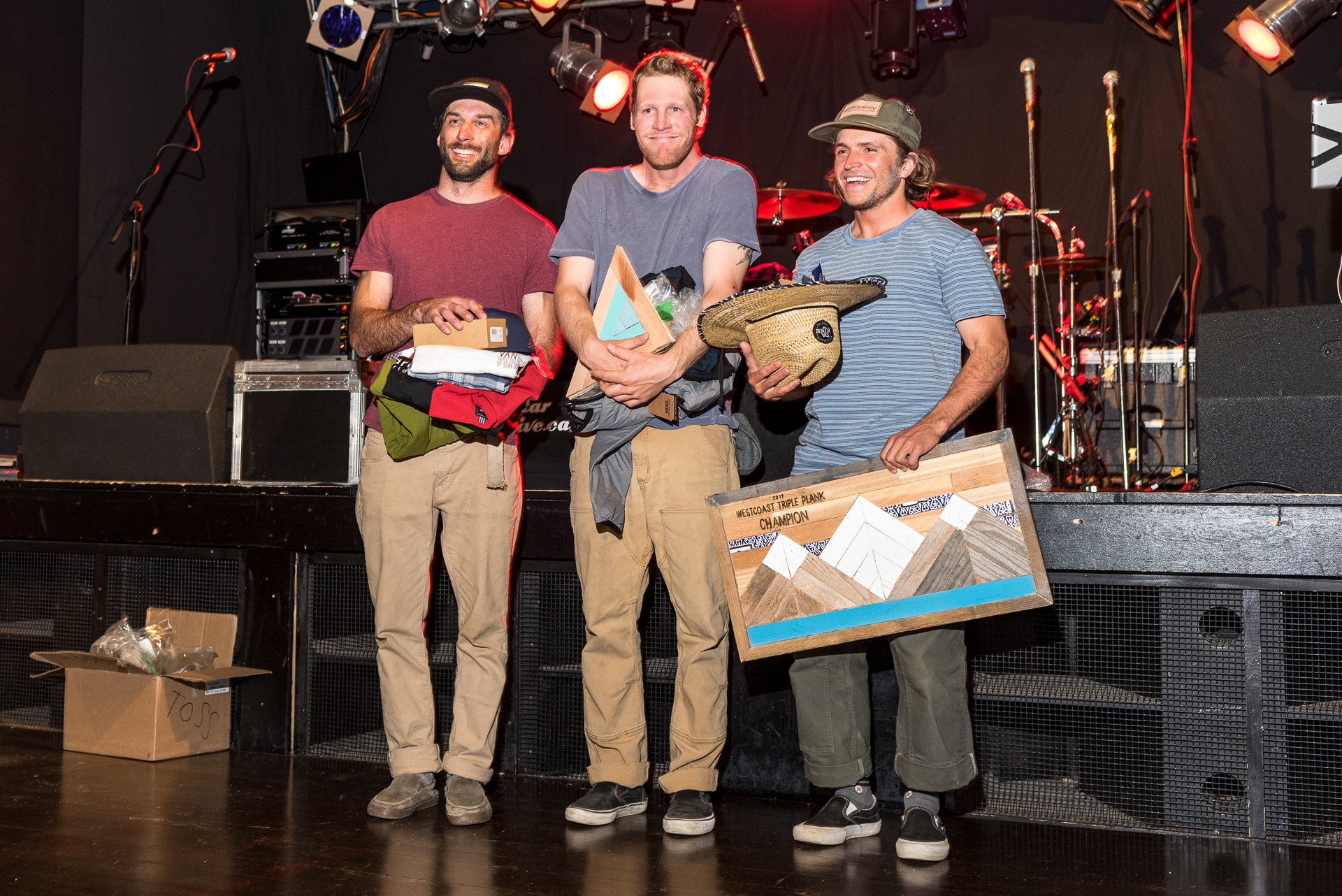 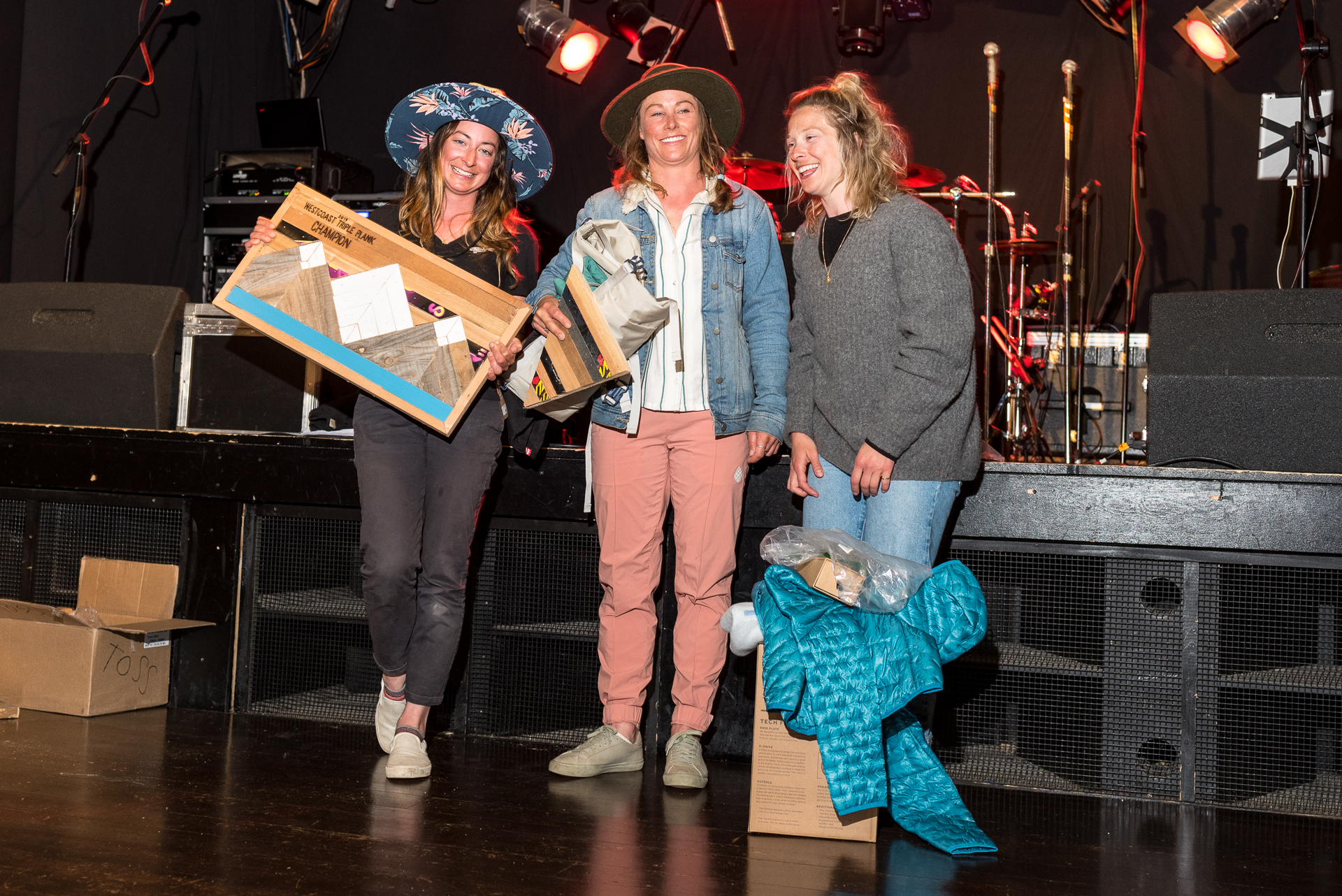 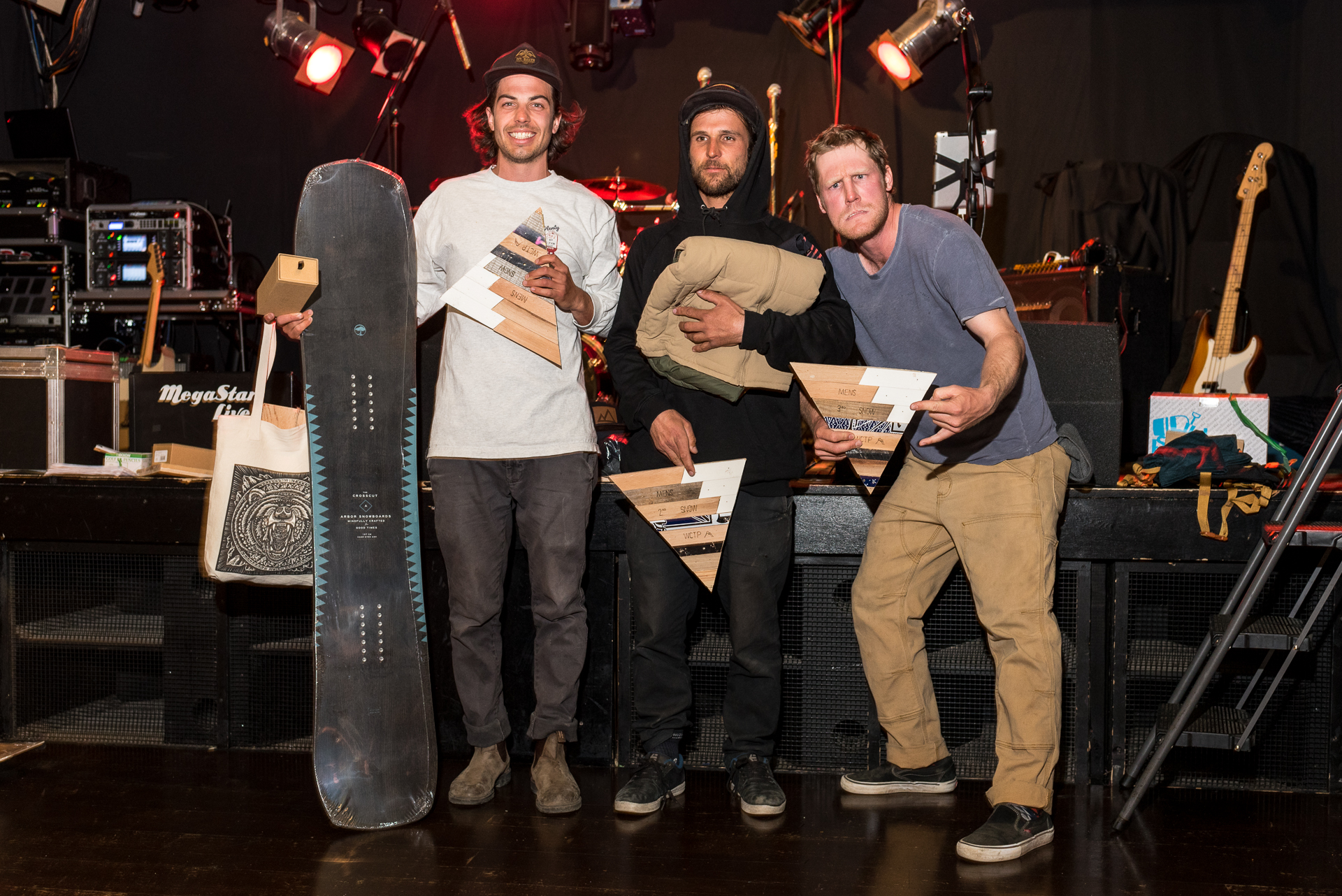 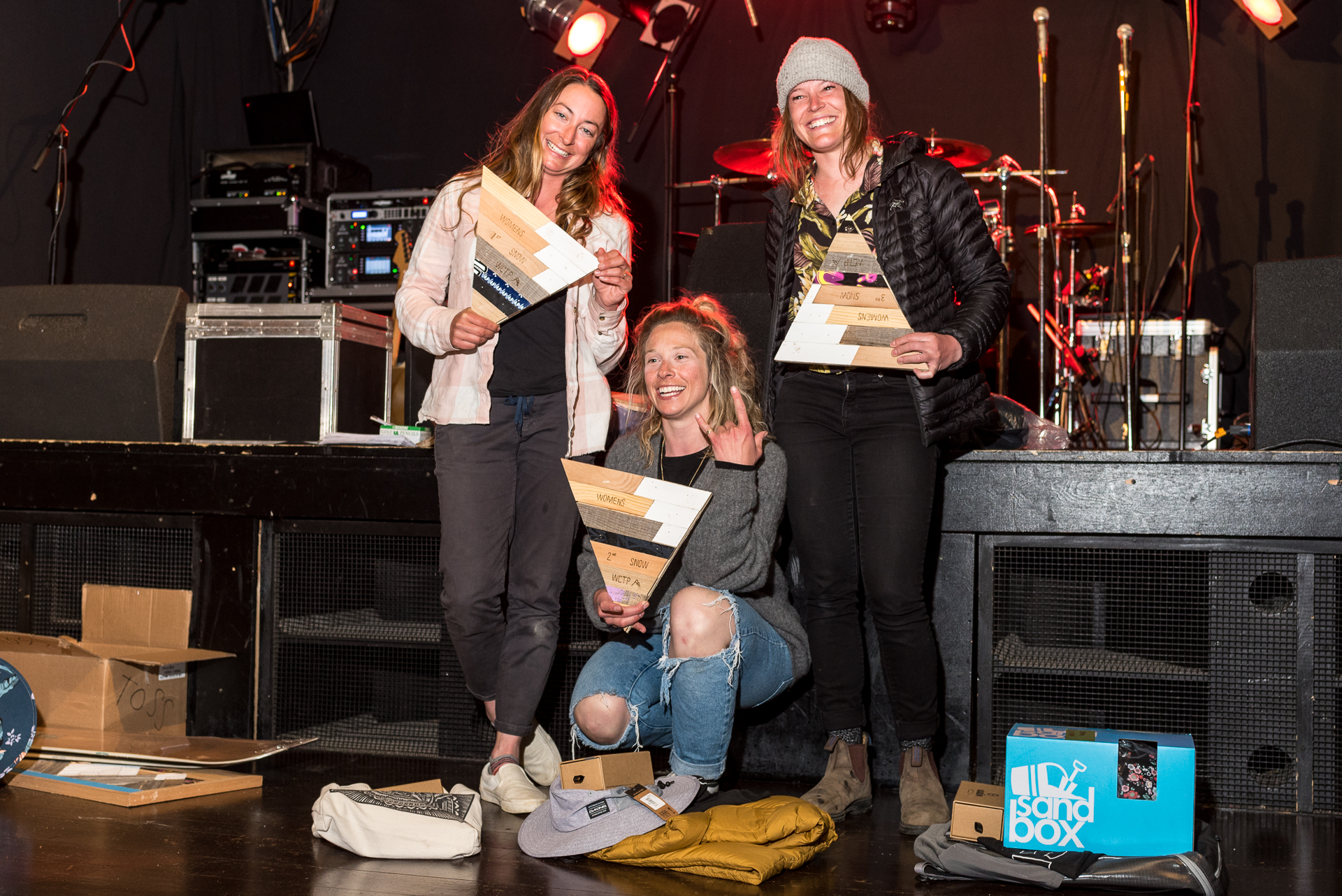 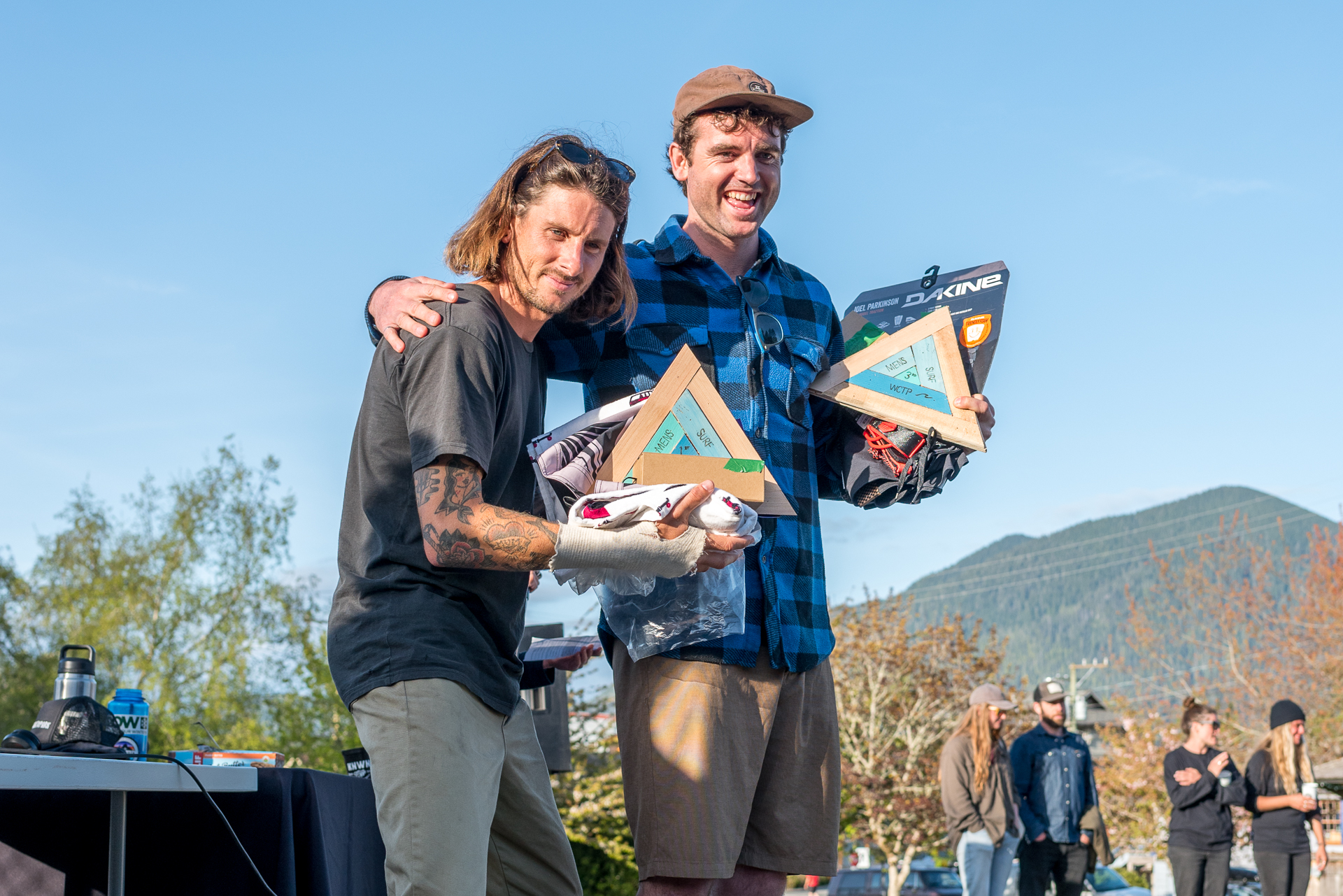 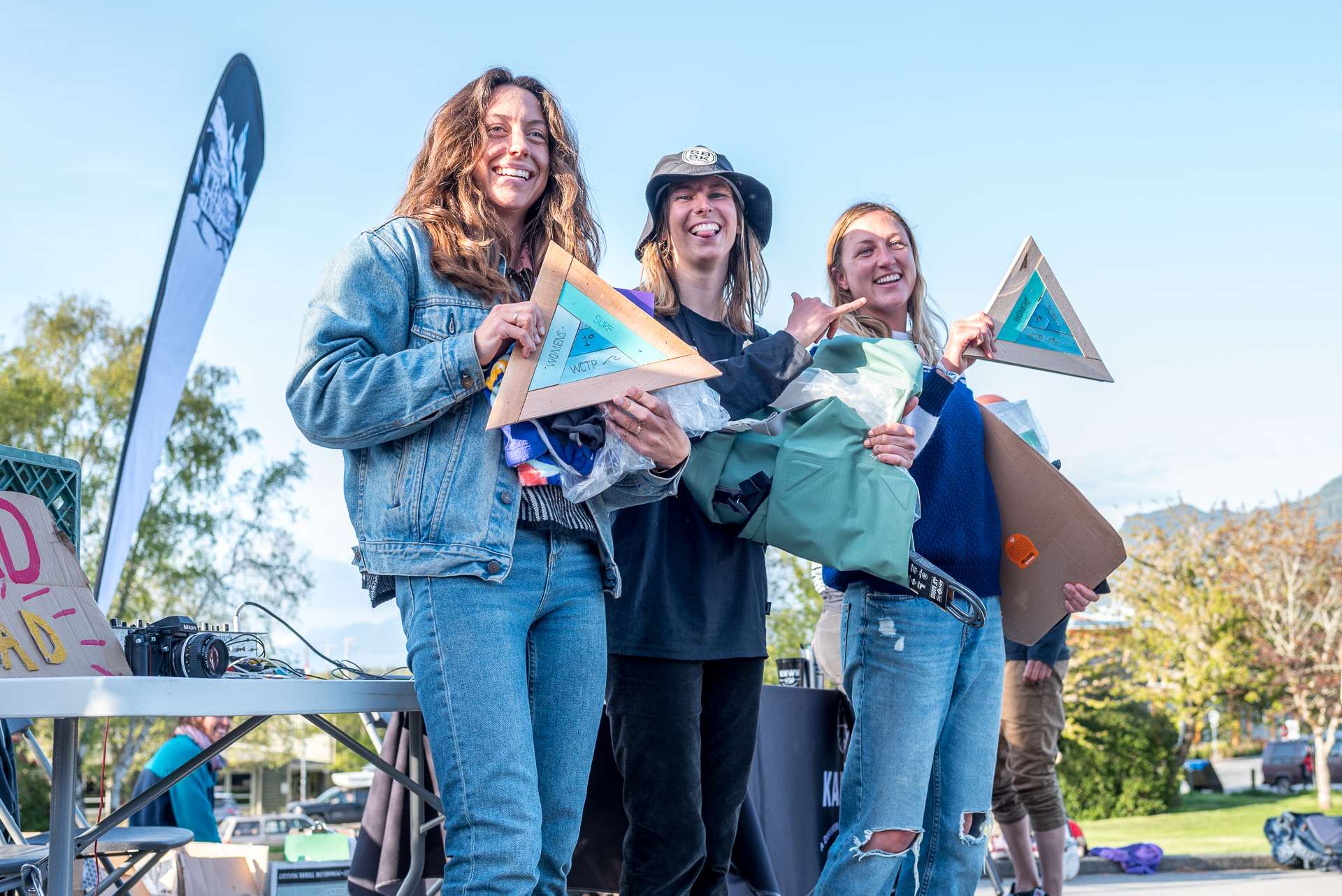 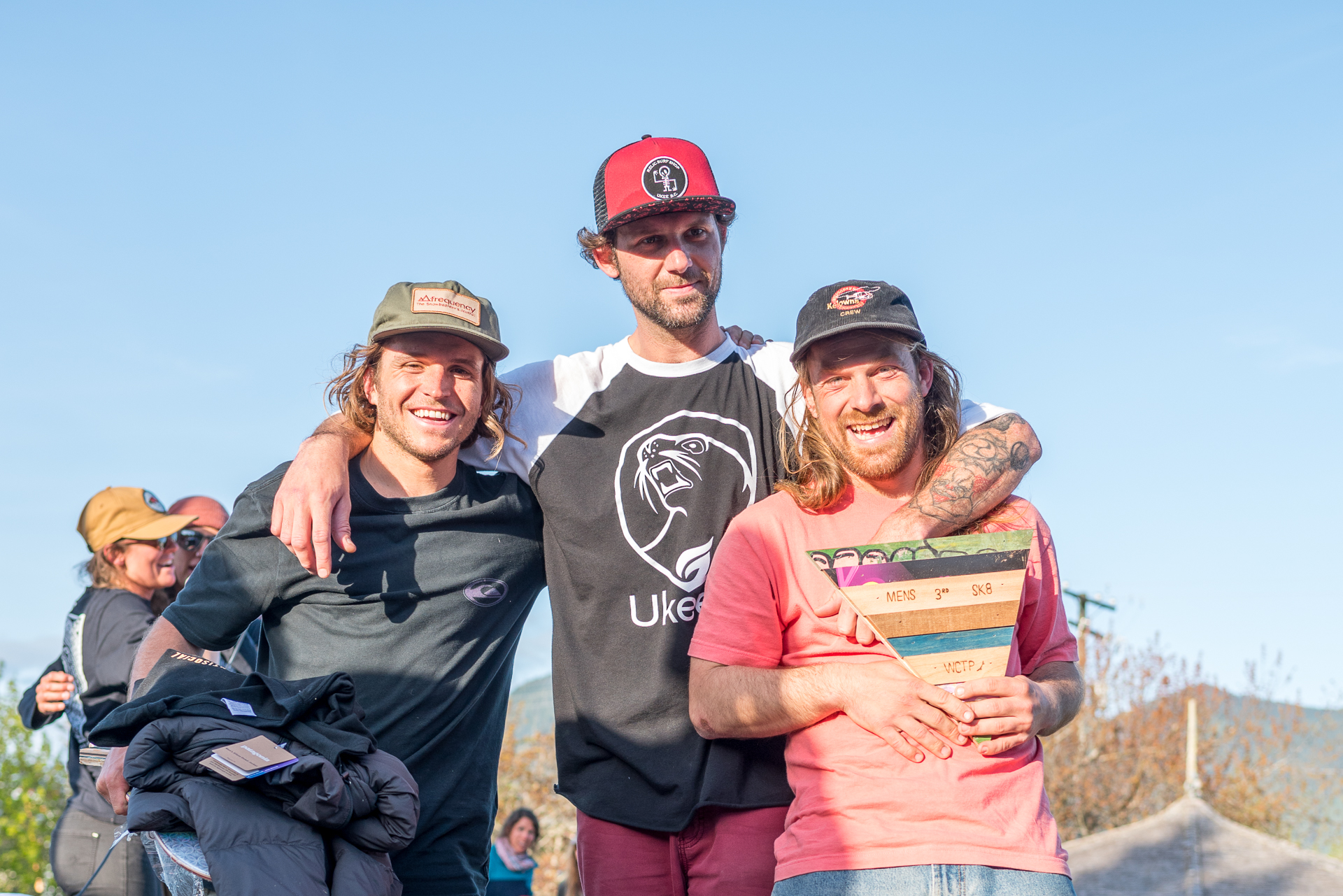 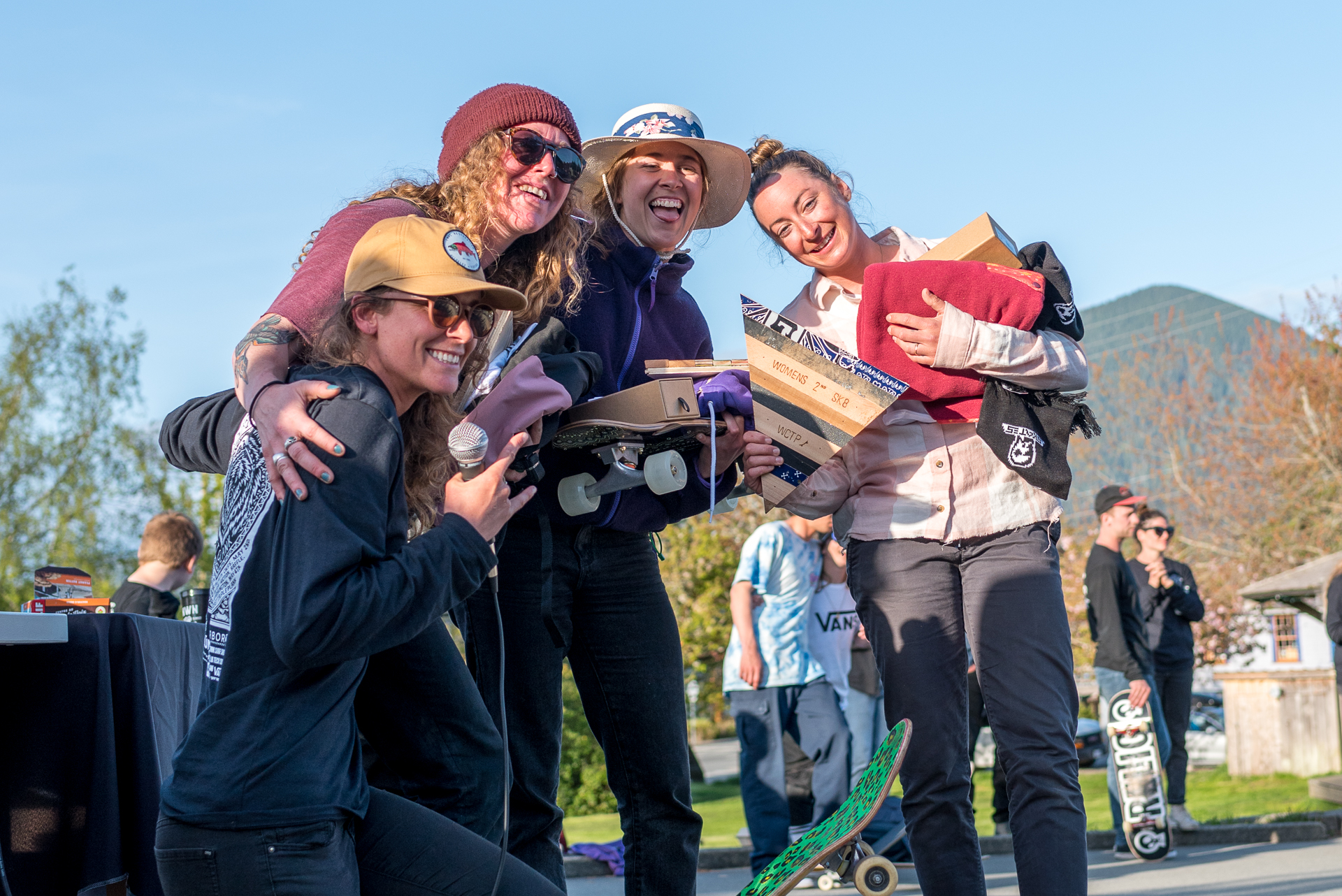 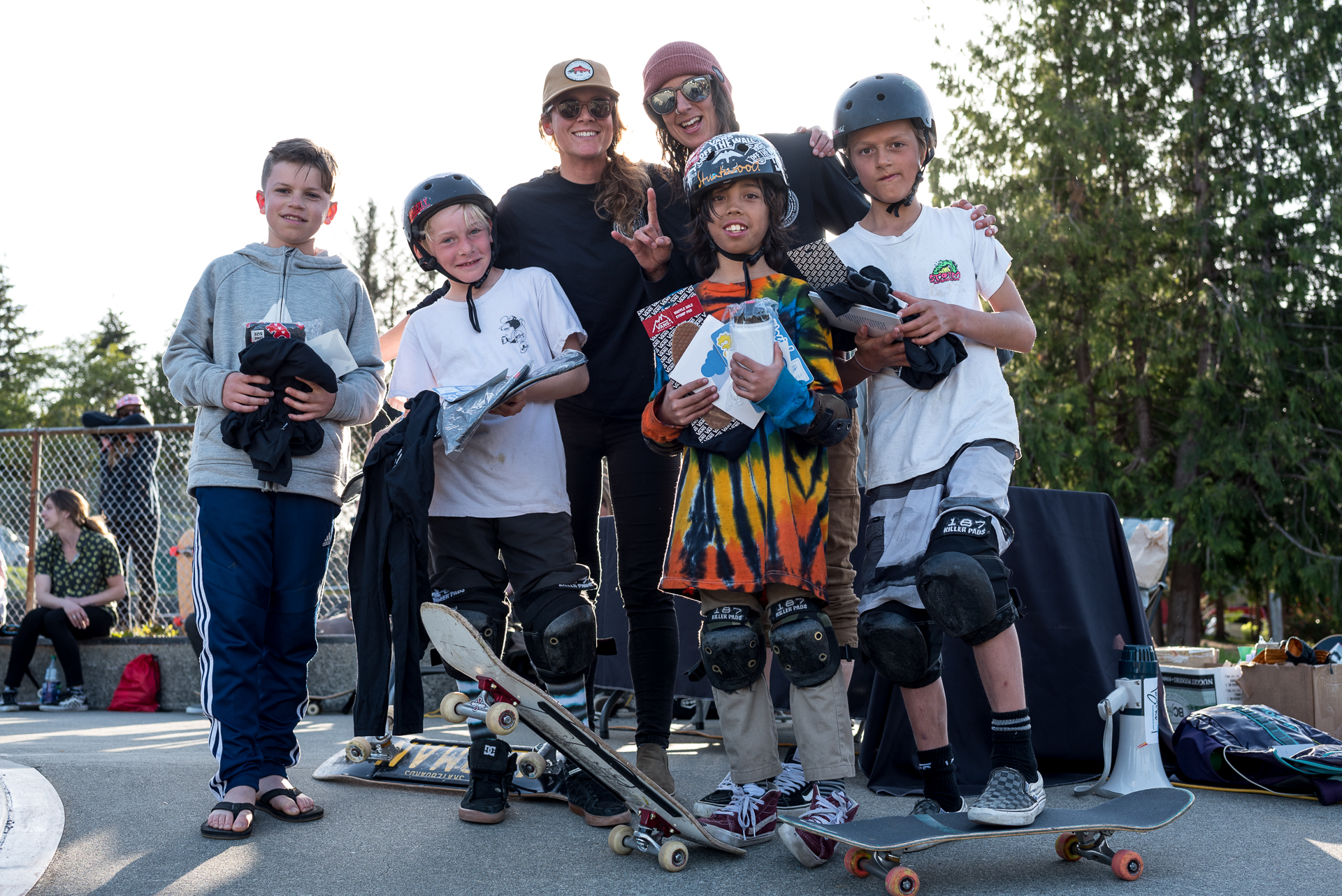