Here’s the thing about the Black Diamond Mega Light Tent: you can set it up damn near anywhere. It’s a basic structure—a high-tech tarp weighing in under 3 pounds, which only requires a single support pole. And its simplicity lends to its versatility. 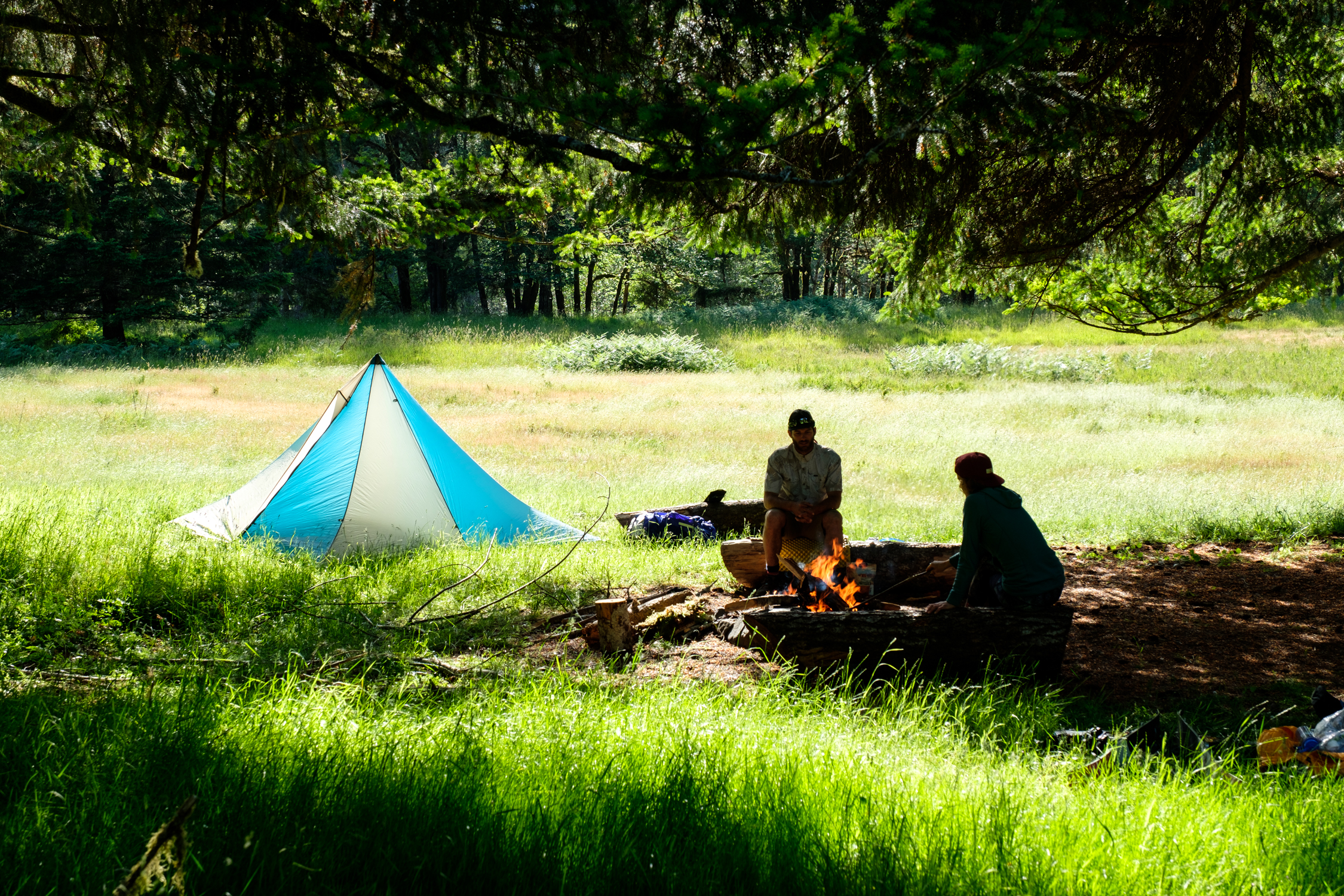 Case in point: I recently acquired the Mega Light for a week-long, self-supported splitboard excursion through the Cascadian backcountry. There were three of us on the trip (the tent claims room for four, which would work if you have enough ground space and don’t mind snuggling). We went from an idyllic lowland meadow to old growth forests to alpine rock slabs to a field of heather on a serious incline and, finally, riverside pine-needle perfection. Using a piece of lightweight painter’s tarp for ground cover when necessary and the included touring pole converter as support (it also comes with a carbon support pole, which we left at home), we could angle the pole left or right depending on the setup, create all forms of rectangular-ish shelter, and wedge it into multiple configurations to fit irregular patches of reasonably dry ground. 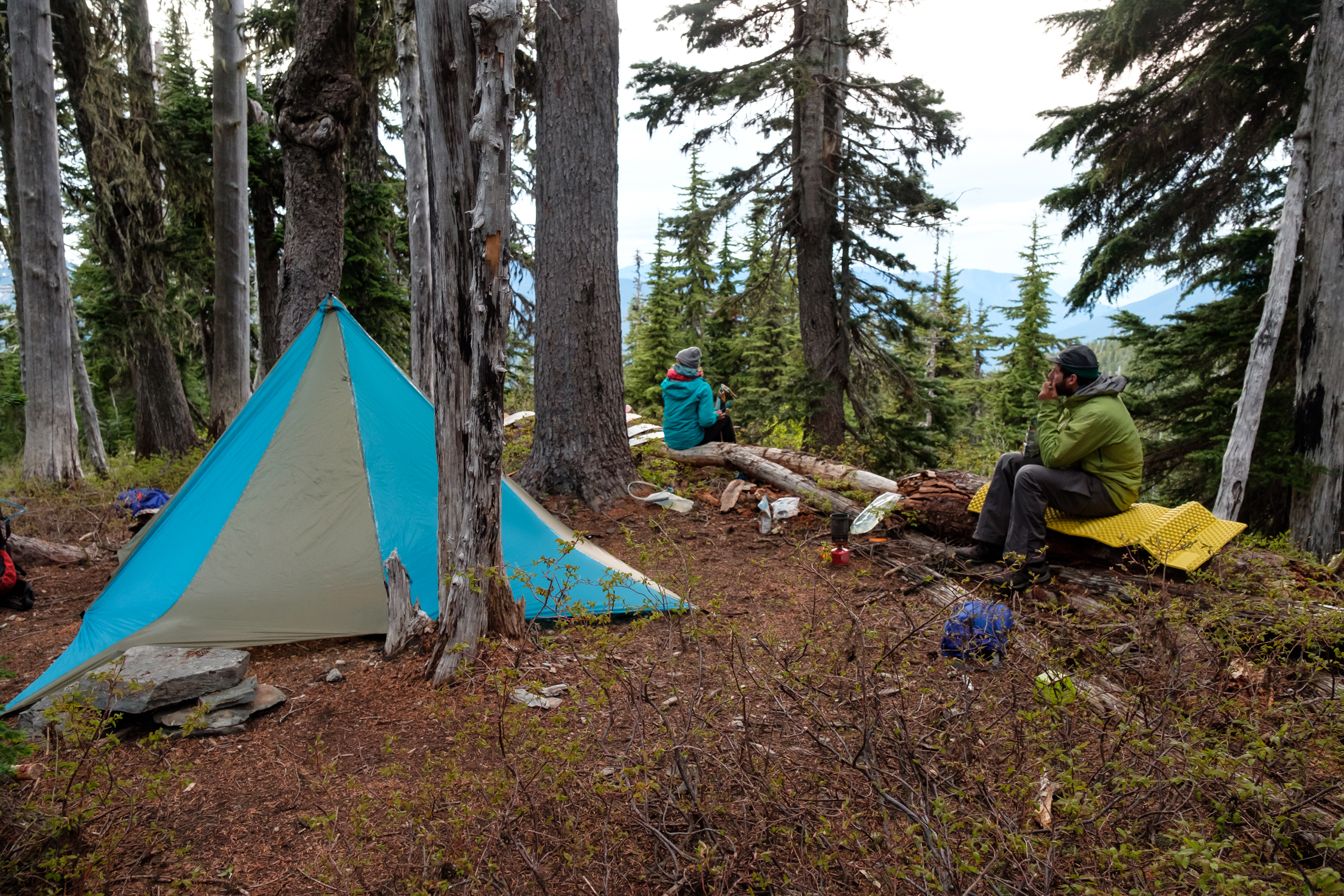 Simply put, it worked. Yeah, there was some condensation buildup on the inside, meaning anyone wedged up against the inside would get a bit of dampness on their sleeping bag. But the shelter held up admirably as our 2mm plastic ground cloth began to accumulate holes from various sketchy camps. We were able to stretch it over small shrubs and trees, around rocks, into cracks and crevasses. And it kept moderate rain on the outside. Indeed, the Mega Light fit our intended purpose perfectly: lightweight protection from the elements when space and weight is at a premium. 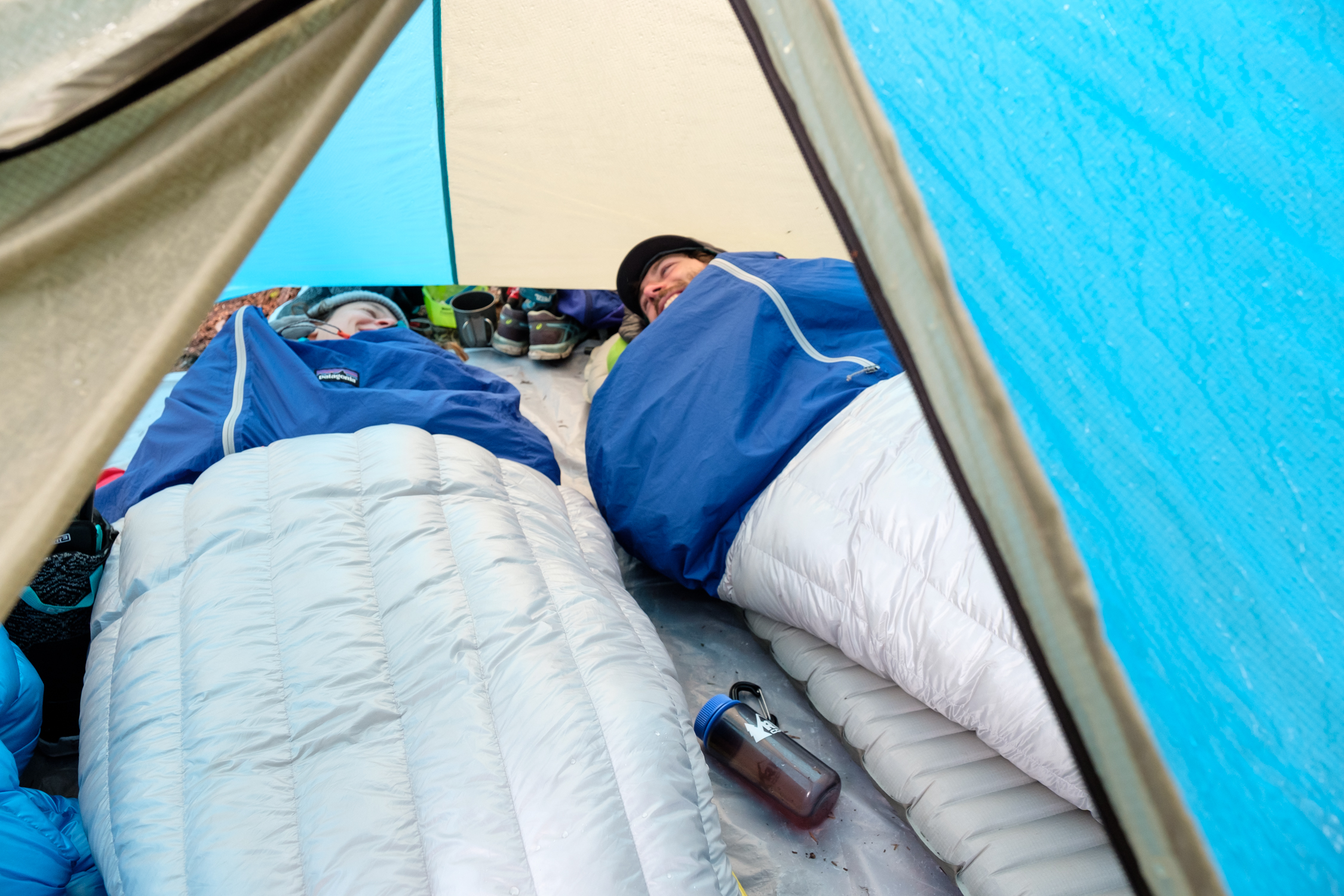 The few caveats: I had to seal the seams myself, which took several hours. I understand the appeal of keeping weight down, but a factory-taped option would be nice for alpine pursuits in places where precipitation is almost a given. The shelter offers zero bug protection, so you have to be ok with that, too, unless you want to add the mega-bug tent, which, at 3.5 pounds, kind of defeats the purpose of an ultralight shelter. 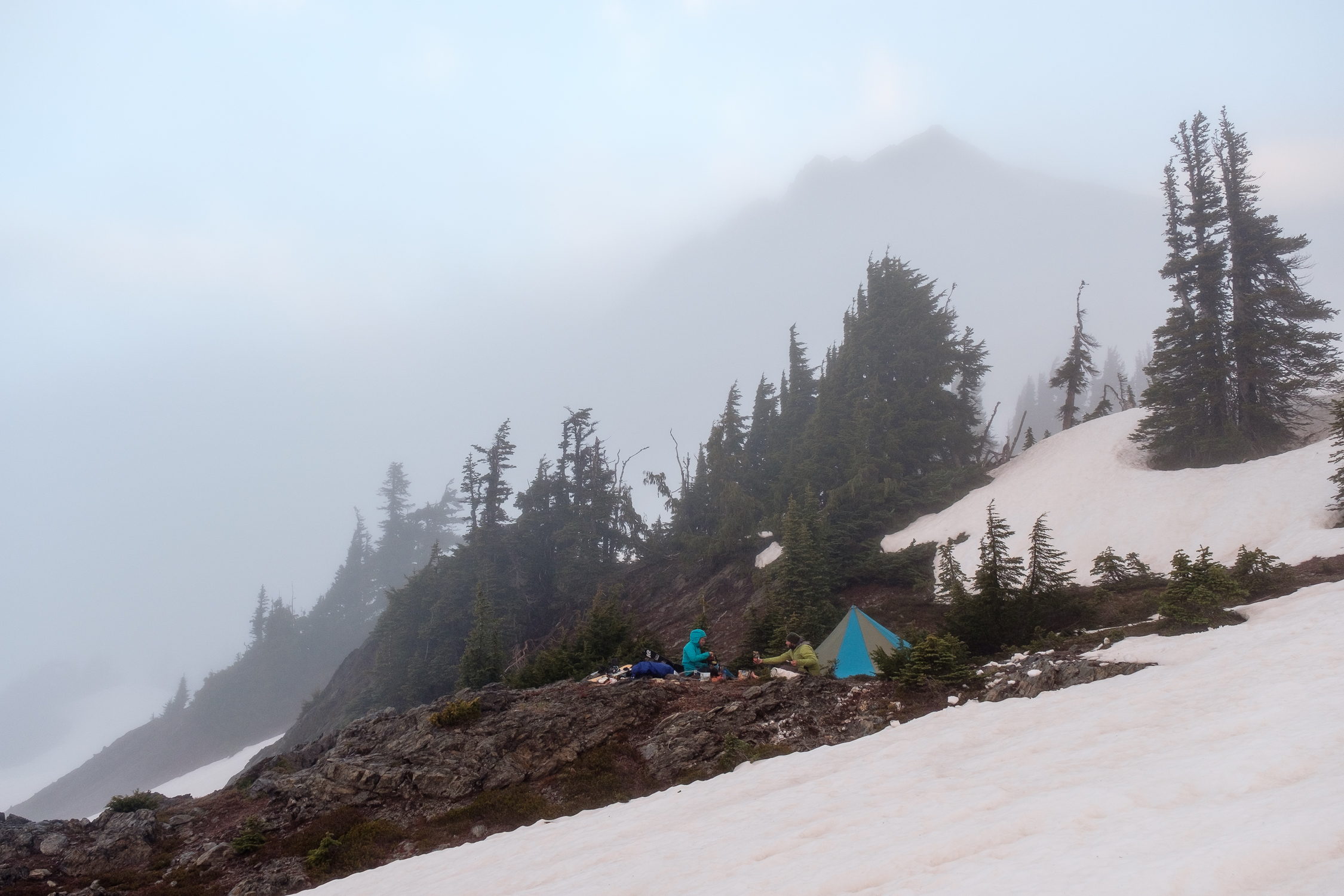 In the end, the Mega Light was an ideal companion that got us through a week of deep backcountry exploration admirably and saved critical ounces when our packs were already weighing in at 50-plus pounds. We’ll see how it holds up to long-term use, but I expect it to be a staple in my backcountry arsenal for years to come, filling the need for shelter when weight and adaptability are paramount. 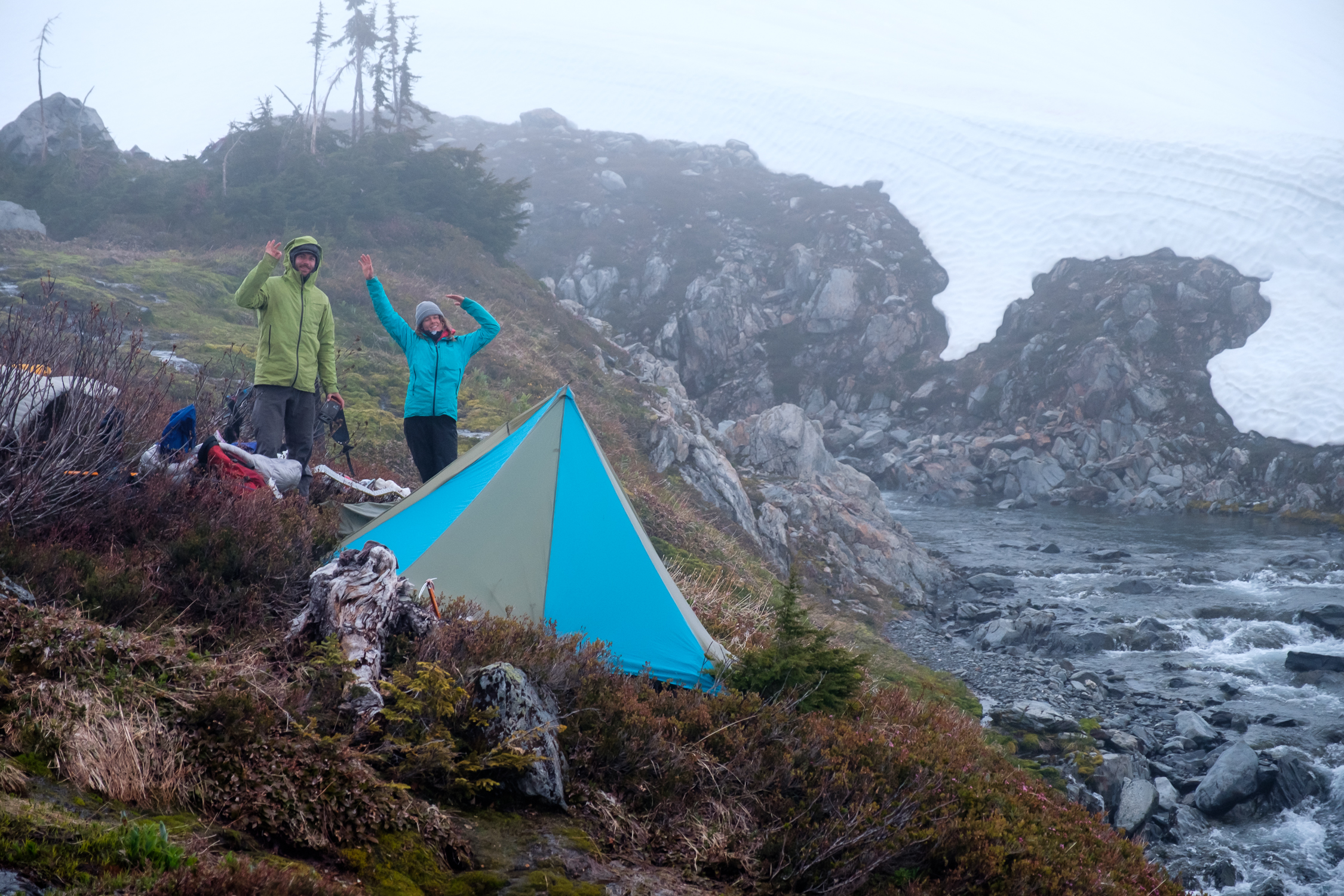 The Black Diamond Mega Light Tent is available for $299.95 via blackdiamond.com and specialty retailers worldwide.