Last Saturday, I went for tour—a longish walk just to see some spots I hadn’t been to before in the Mt. Baker backcountry and ride something mellow. It was clear, somewhat cold, four inches of powder on a solid crust—not ideal snowboarding conditions, but fun enough. Great touring conditions. While on said tour, I noted the light weight and sturdy nature of my current setup: A Burton Hometown Hero X 158 splitboard equipped with Spark Arc Pro bindings, which I like, a lot. Then, our crew got to talking about our first experiences on a splitboard.

Mine was a dozen or so years ago, on an early 2000s Burton split with a prototype interface that was known for pinching fingers. It was a beast of a board, 165cm or so, that once belonged to Craig Kelly. It rode a bit stiff, but it opened my eyes to the expanded boundaries afforded by a splitboard. A dozen years and a half-dozen splitboards later, I’ve spent several months of my life camped in the mountains with the split as a primary mode of transport. And I’ve learned over the course of those long trips that weight matters, but not at the sake of durability or performance—big days in the mountains can often involve critical turns in variable conditions. 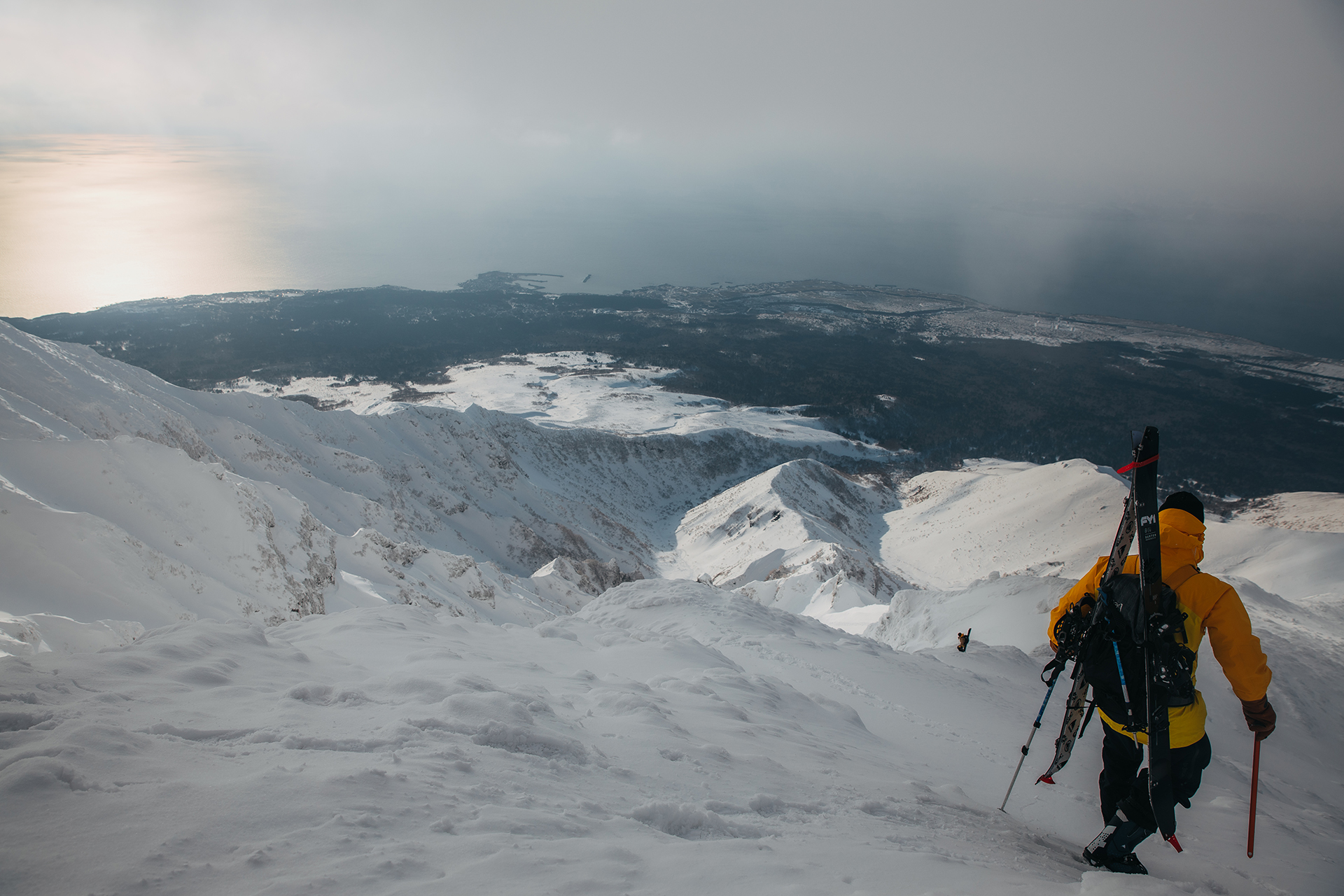 For the prior two years, I rode a Burton Flight Attendant X. I rode that board hard from Cascadian volcanoes to Alaskan glaciers. Yes, there were plenty of powder days, but sometimes I scraped it over rocks and scratched down sketchy, iced-out gullies in the trees. It held, for lack of a better word, solid. On those longer walks, I really began to notice the benefits of riding such a light board. Especially as a guy who usually has a sizeable camera rig in tow, a few grams shaved off your split can translate to a few hundred calories saved by the end of the day and a few less thigh cramps over the course of a week.

They say taking a pound off your foot is like taking five pounds off your back. While you might not notice weight savings while smashing out a morning lap from the resort parking lot, over long tours, the weight savings of the Hometown Hero X’s Mystery glass are real, and they don’t sacrifice durability. Additionally, the feel of the board remains true to a conventional ride—none of overly stiff deadening you can sometimes find in a carbon top sheet (which I understand to be a 1-percenter statement, but hey, it’s true). The shape is true to a proper all-mountain ride, too: a bit of taper, camber underfoot, early rise in the nose for float. It’s not too much different from that Flight Attendant I was riding before, and I like that. It’s a shape that simply works across all conditions, one I seek out in a daily resort board, too. Speaking of which, my split setup doesn’t weigh any more than my standard resort-boarding setup—could be lighter, in fact. 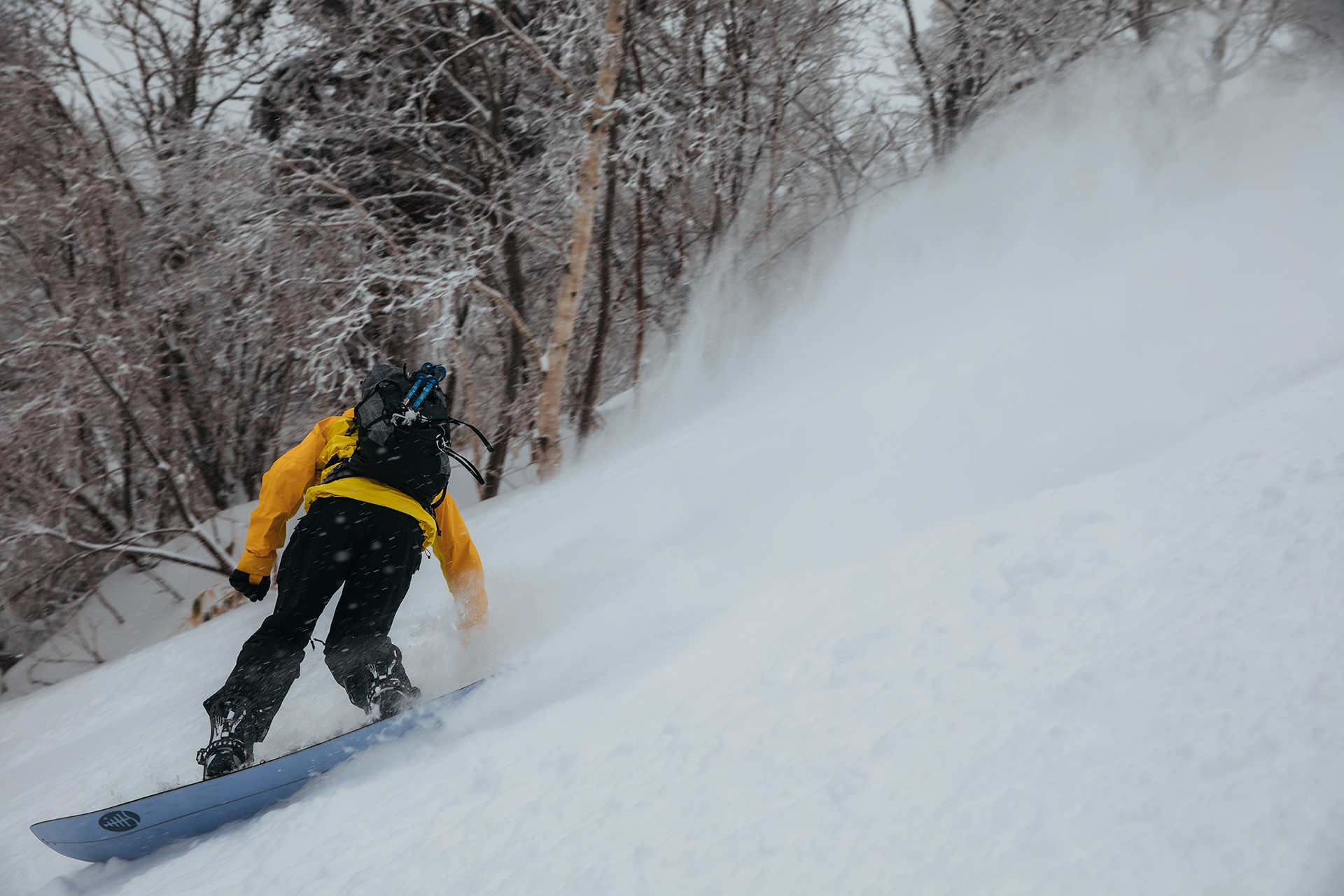 It’s fun to look back on that prototype from nearly two decades back and realize how far we’ve come with splitboard technology. It’s also fun to just go for a tour with such an efficient ride as the Hometown Hero X. I’ve honestly yet to see a downside to this ride. And when the snow stacks and it’s time to go deep, I wouldn’t want any other board underfoot, uphill or down.