I’m 37 and have been snowboarding consistently since I was 13. I’m stationed at Mt. Baker, WA and finding a board that can tolerate the mountain’s dynamic terrain and rollercoaster conditions has always been a challenge. A lot has changed since I’ve breached into adulthood. Aches and pains that were once easily brushed under the rug are now nagging, persistently telling me to take ‘er easy. Slowing the roll is easier said than done, so I needed a board that could bust through chunder and help ease the strain that Baker’s demanding terrain puts on my body. Enter Capita’s The Equalizer by Jess Kimura. 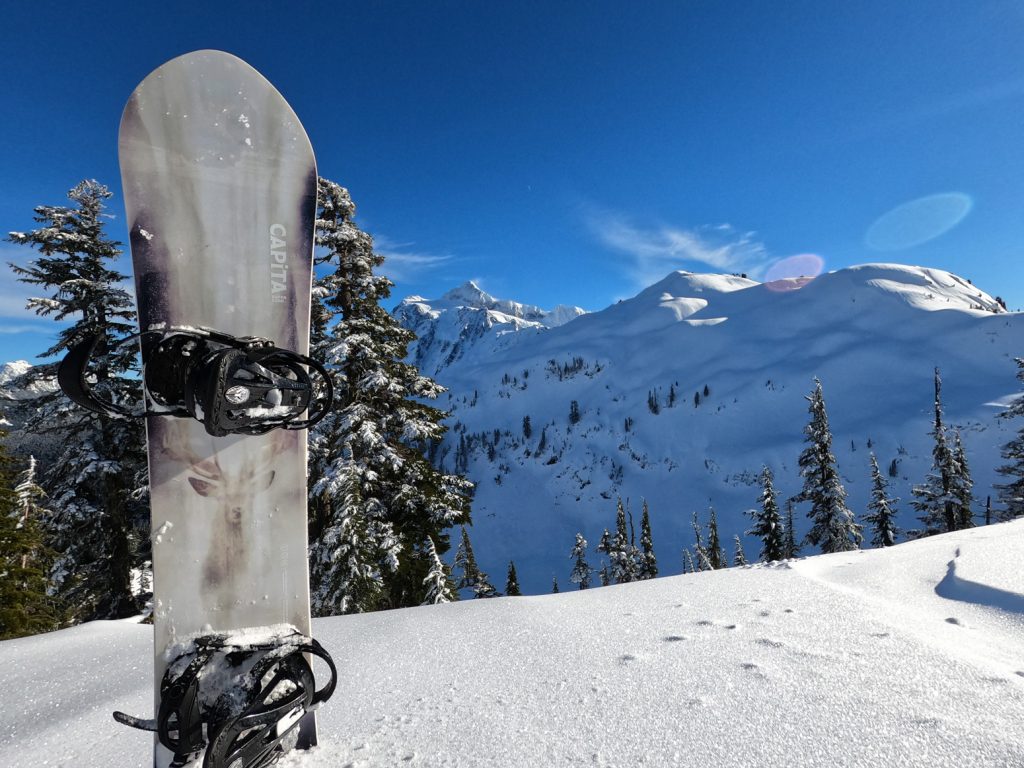 Do women’s boards have better graphics or is it just me? It just so happens that my spirit animal is an elk… Photo: Jess De Boer

The Equalizer by Jess Kimura is a board that I can easily maneuver in any snow condition, making for a thoroughly enjoyable ride no matter the weather. Camber underneath the feet keeps me stable on hard-pack and the tapered, reverse camber nose makes for a floaty ride in powder. Finally, a board that can hang on the steeps but doesn’t feel like it’ll break me over a false move. A board that can both charge and feel playful. It’s lightweight, and the edge control and stability are bar-none.

For years I’ve been riding much larger boards—anything from 154 to 157—and thought that bigger was better for a long time. I was also under the impression that men’s boards were built for more aggressive riding, which meant they were more fit for my style. At 5’8’’ and 135 pounds, I was having a hard time finding a women’s board that I enjoyed. But after a few weeks on The Equalizer by Jess Kimura, I’ve come to realize that there are women’s boards out there that can rival the men’s boards I’d previously been riding. Considering whose pro model it is, it makes sense that this board wants to charge. At high-speed on steeps, I feel fully in control. I equate the experience to riding in a low-rider Cadillac with hydraulics—low and stable yet ready for take-off. Giddy up.

The only drawback I’ve felt with this board is that I feel limited to remaining fairly centered on the deck. The suggested stance is even marked out for you, so you get the point. When I first put it together, I started with my stance set back further than suggested which led to little edge control in the flats. If it’s a full-on inch-per-minute pow day then that extra setback may fly, but otherwise I’ll probably keep it pretty centered and rely on the rockered nose to keep me afloat when the going gets deep. Once I centered up the stance, it was a game-changer in regard to the edge control. Now, after getting a little more used to it, The Equalizer by Jess Kimura has me feeling like I probably won’t be riding any other board any time soon.

The Equalizer by Jess Kimura is available for $499.99 at Capitasnowboarding.com and wherever their products are sold. We recommend shopping at your local retailer.