For over a decade I’ve been rocking simplistic board racks on my cars. They’re great, but these days, between having camera gear in tow and sleeping in my car on certain trips, I’ve been eager to make the switch to something that could hold more than just boards. I need all the space I can get inside my vehicle, especially when it’s doubling as my bedroom for the weekend. The Yakima CBX Solar cargo box helps me do just that and more. “Upgrade” would be a vast understatement. 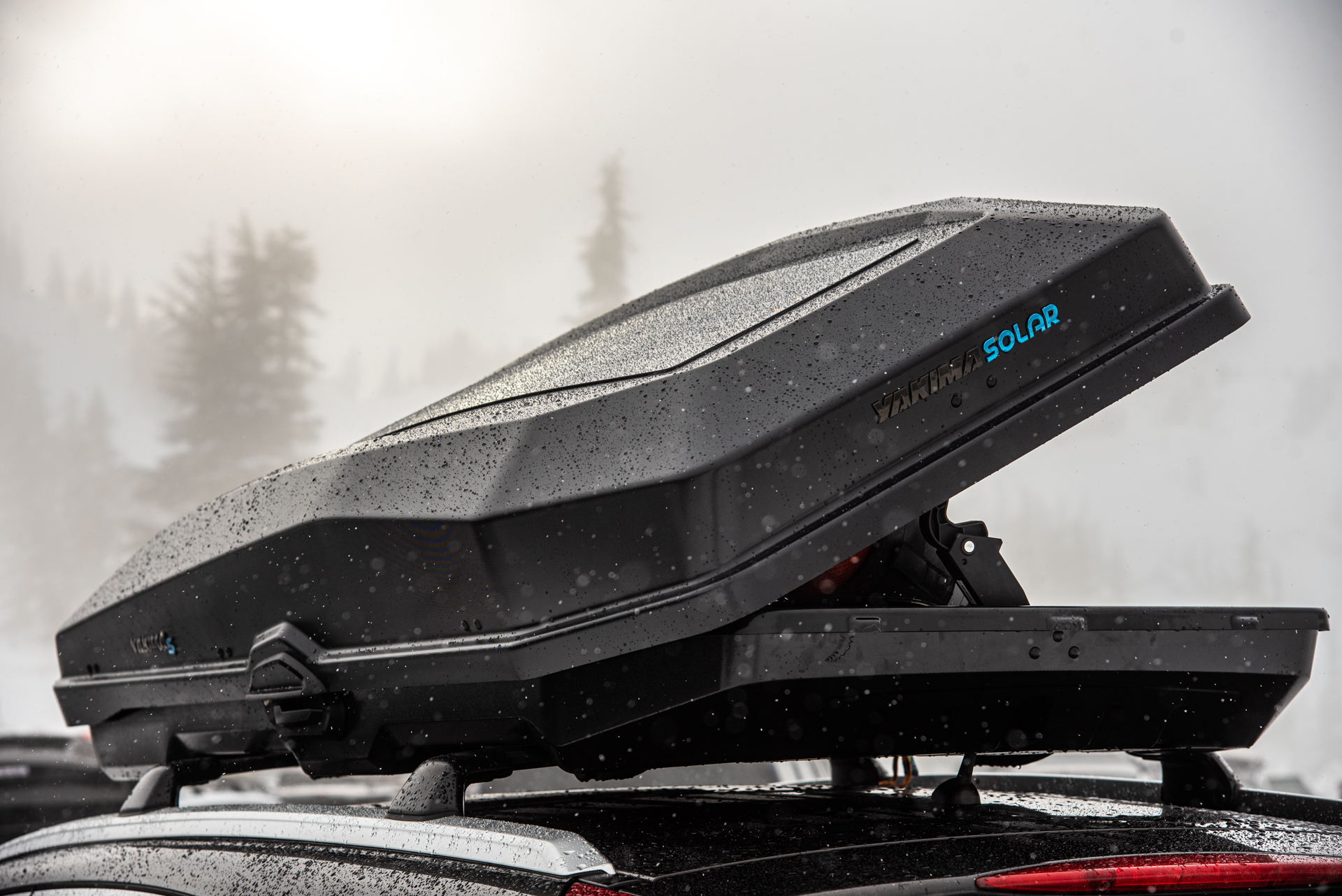 The Yakima CBX Solar features dual-sided opening for easy access from either side of your vehicle. The design and exterior looks mighty fine, too. There’s no sacrificing fashion for function or vice versa with this cargo box.

The Yakima CBX Solar provides 16 cubic feet of storage space and holds boards up to 185cm. On a recent outing I loaded it up with three snowboards, a snowsurf, snowskate, two pairs of boots and still had some spare room to work with. The box’s unobstructed flattened floor comes in clutch when you’re stacking up gear—especially if you’re like me and need all the room you can get in the back of your vehicle when avoiding hotels and instead opting for car camping. It comes with a removable torque driver to secure the box to your vehicle’s crossbars, and the tool has its own convenient stowaway spot within the box. With the help of my roommate installation was carried out in a matter of minutes. At 60 pounds the Yakima CBX Solar might be light enough for you to lug around your garage solo, but due to its shape it’d be wise to have an extra set of hands to help you lift it up onto the crossbars of your vehicle. The box features modern, angular cuts and a sleek black exterior, which I feel adds to the overall aesthetic of my vehicle rather than detracting from it. 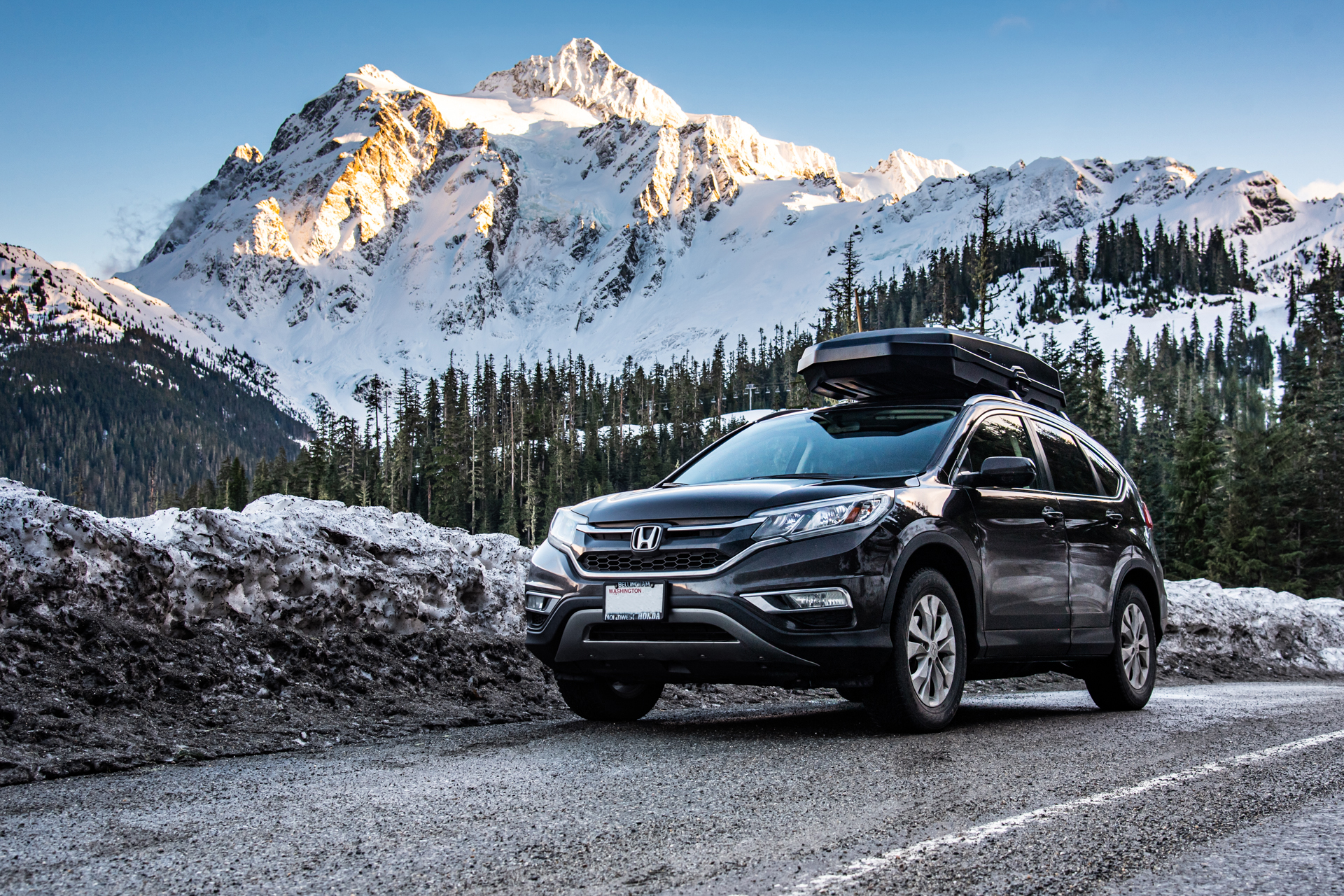 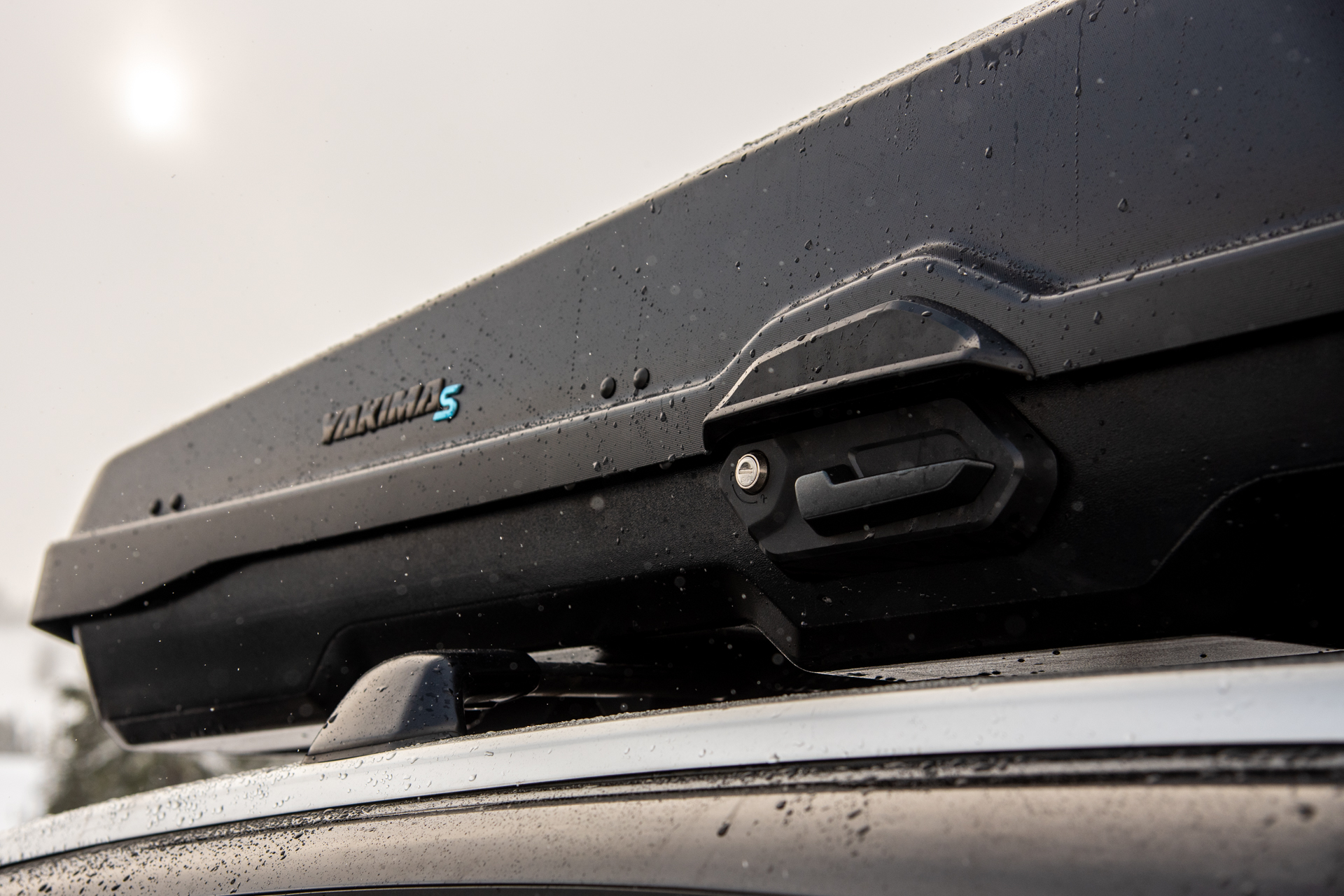 Easy to operate handles and locking system with SKS Locks included for added security. The key won’t come out while the box is open, which eliminates the chance of accidentally closing it inside the box.

What really sets the Yakima CBX Solar apart from other rooftop cargo boxes is (you guessed it) the row of solar panels it has embedded on top. The solar panels soak up rays and store power to charge devices through the box’s integrated interior converter which features two USB ports. It’s ideal for powering phones, headlamps and other small electronics without draining your car battery or leaving your car idling. I’ve been using it when I’m gearing up for a day on the mountain, during lunch back at the car, and can already see it coming in handy when I’m camping (or hopefully someday back at a music festival) during summertime. Fortune forbid I ever end up in a pinch where my car is completely dead and I’m stranded somewhere, but in such a situation I’m sure I’d be stoked to be keep a charge on my phone while waiting for help to arrive. 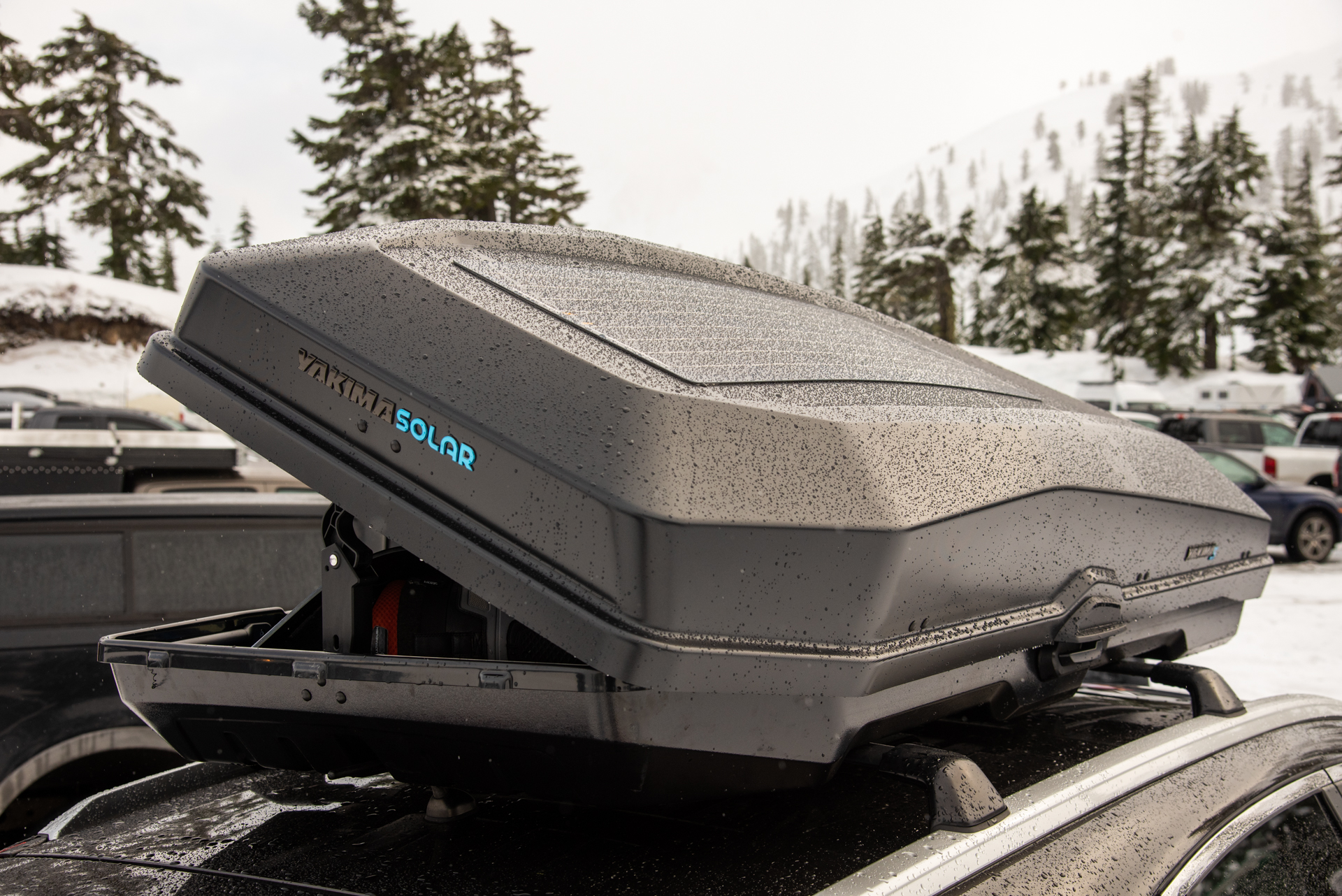 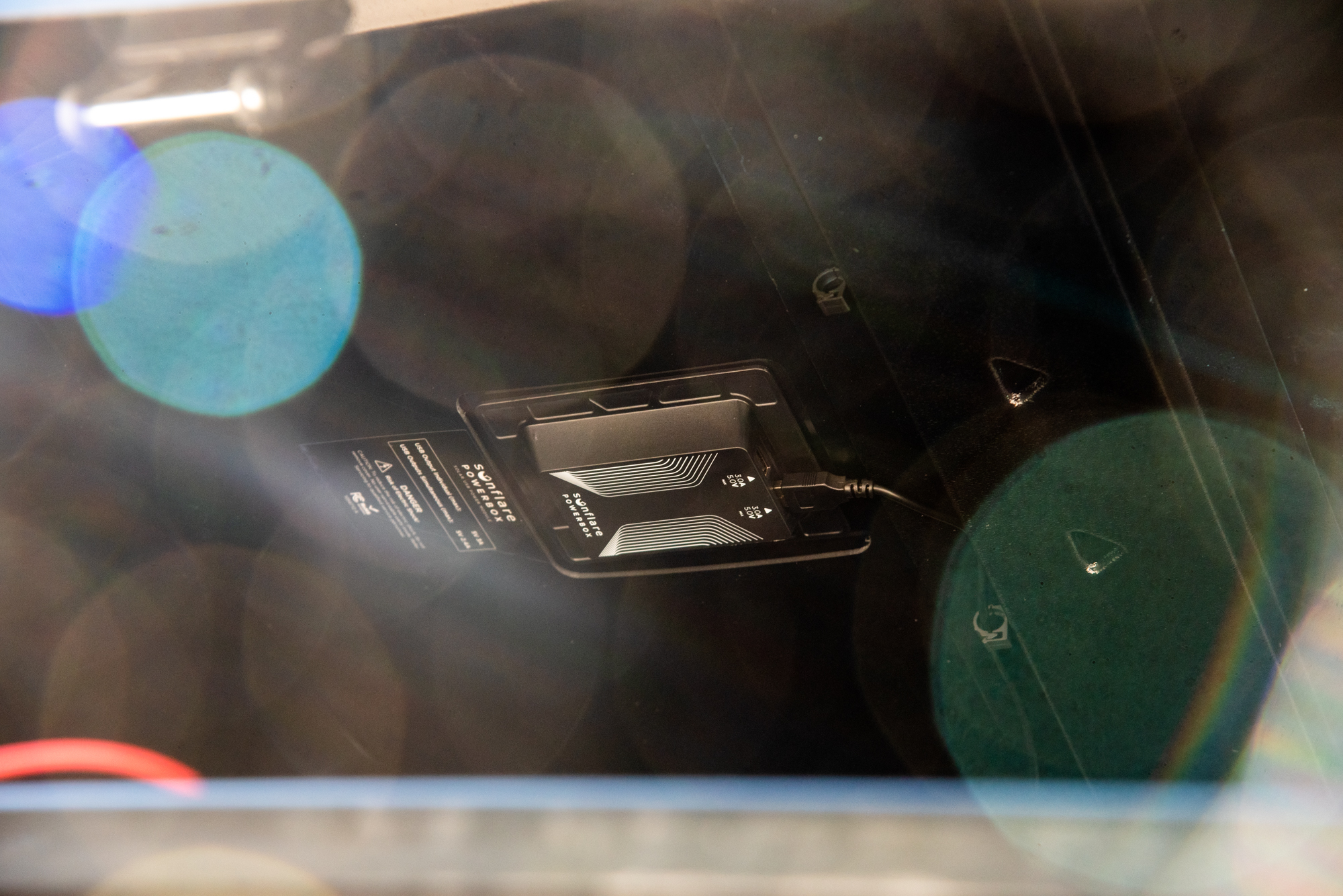 The integrated Sunflare Powerbox converter sits on the roof of the interior of the box and features two USB charging ports. The CBX Solar comes with a USB extension chord and can be strung through the hooks lining the top of the box, which helps keep it out of the way of your gear. 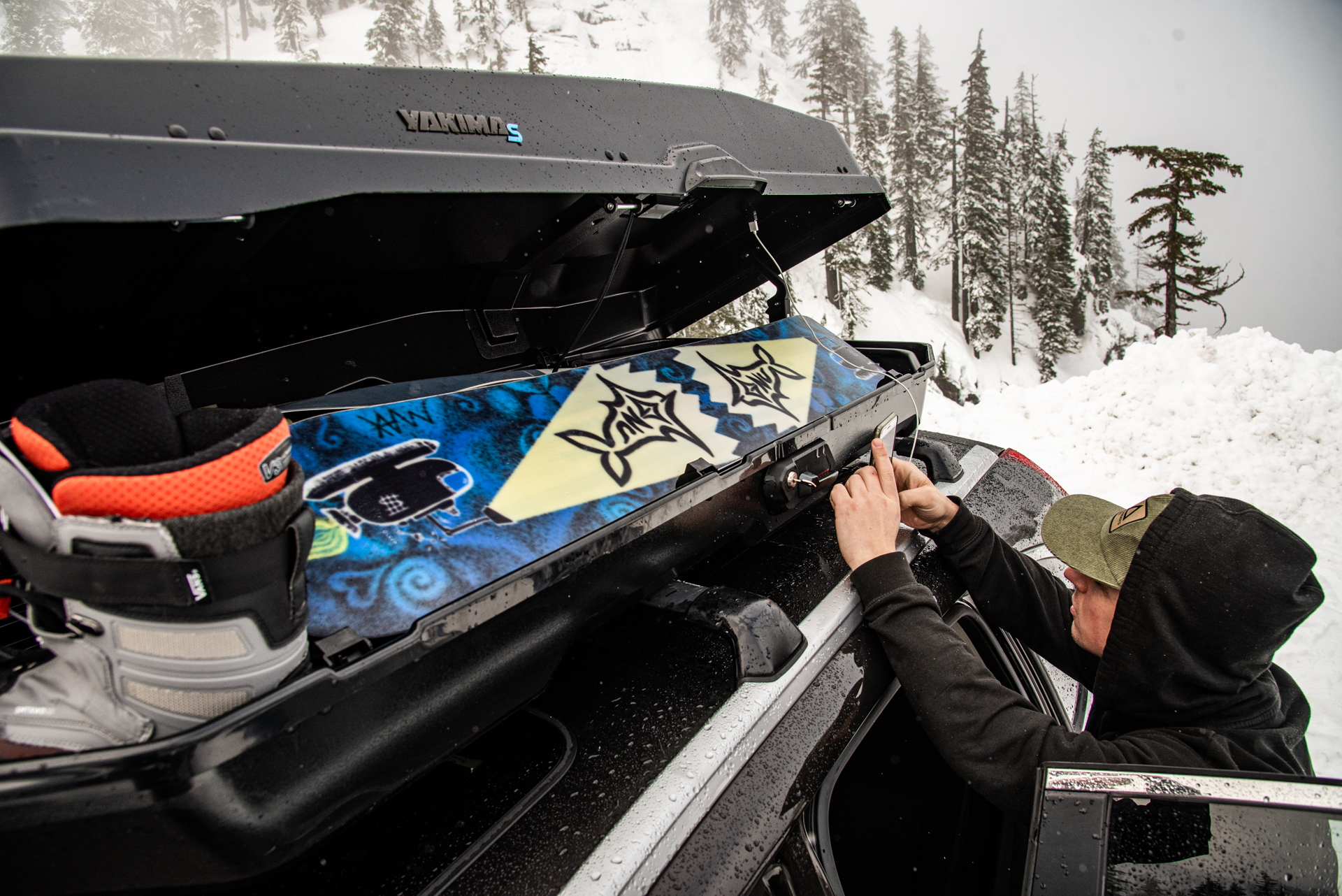 Lunchtime charge without the need to use any gas or potentially drain the car battery.

As for its drawbacks, I’ve noticed just one: I’m a nerd who loves his National Public Radio and the rooftop box, which sits directly on my car’s bendy antennae, significantly decreases my ability to get a radio signal. The same problem would occur when my roof racks had boards in them, as the boards would rest on the antennae, but that wouldn’t be an issue when the boards were taken off the racks. With the box, the signal is weaker with or without boards in tow. Considering it’s 2021 there are plenty of alternatives to listening to ole fashioned radio, so it’s a manageable issue. I can also safely say that the recent lack of Audie Cornish’s voice in my life is easily supplemented by the convenience the CBX Solar brings to my day-to-day. It’s all the little things that add up: Dirty boots go directly in the box and don’t stink up the car at the end of the day. My camera and other gear bags keep a safe distance from wet boots and boards at all times. I can now fit five people and gear in the car instead of just four. The list goes on. All in all, I’m a big fan of the Yakima CBX Solar and would be quick to recommend it to anyone on the hunt for their new rooftop cargo box.

The Yakima CBX Solar retails for $1,299. Visit Yakima.com for more details and a link to your local retailer. 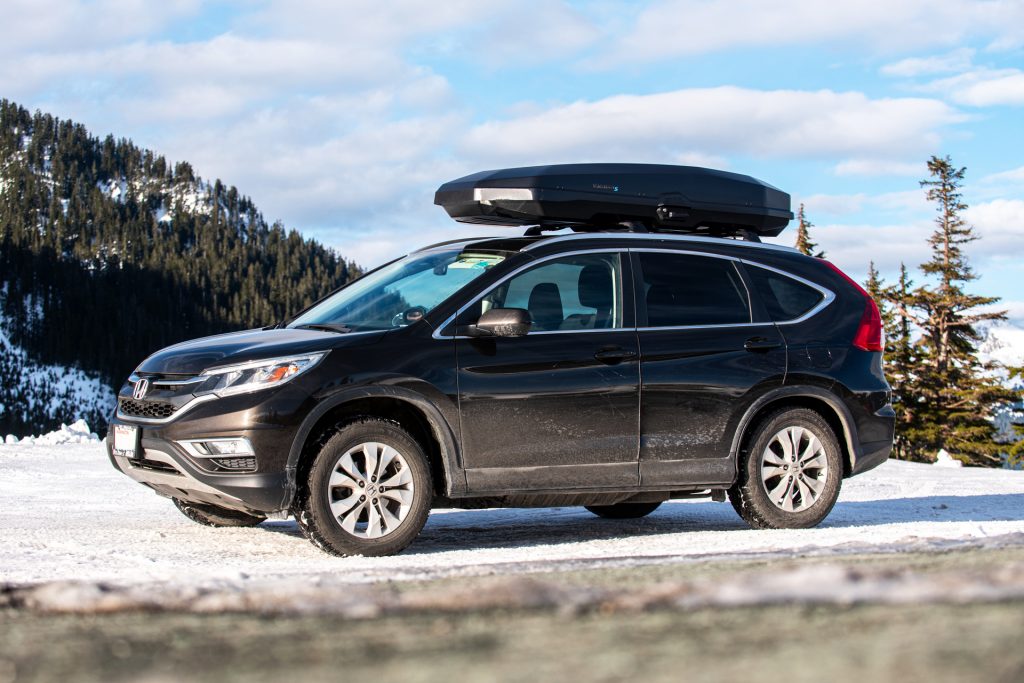