It’s April 1, 2019. Craig Kelly would’ve turned 53 today. When our crew woke up at Island Lake Lodge this morning, two eagles sat perched in a tree just outside our door. Now, as the group hikes up to a shadowed face that looks to hold a few promising turns, one soars gracefully above our heads. “That’s a good sign,” says Colin Wiseman as he readies his camera to shoot the others coming down. “Maybe it’s Craig, smiling on our crew or something,” I reply. “Yeah,” says Colin. “It’s Craig coming to say ‘Whattup!’” 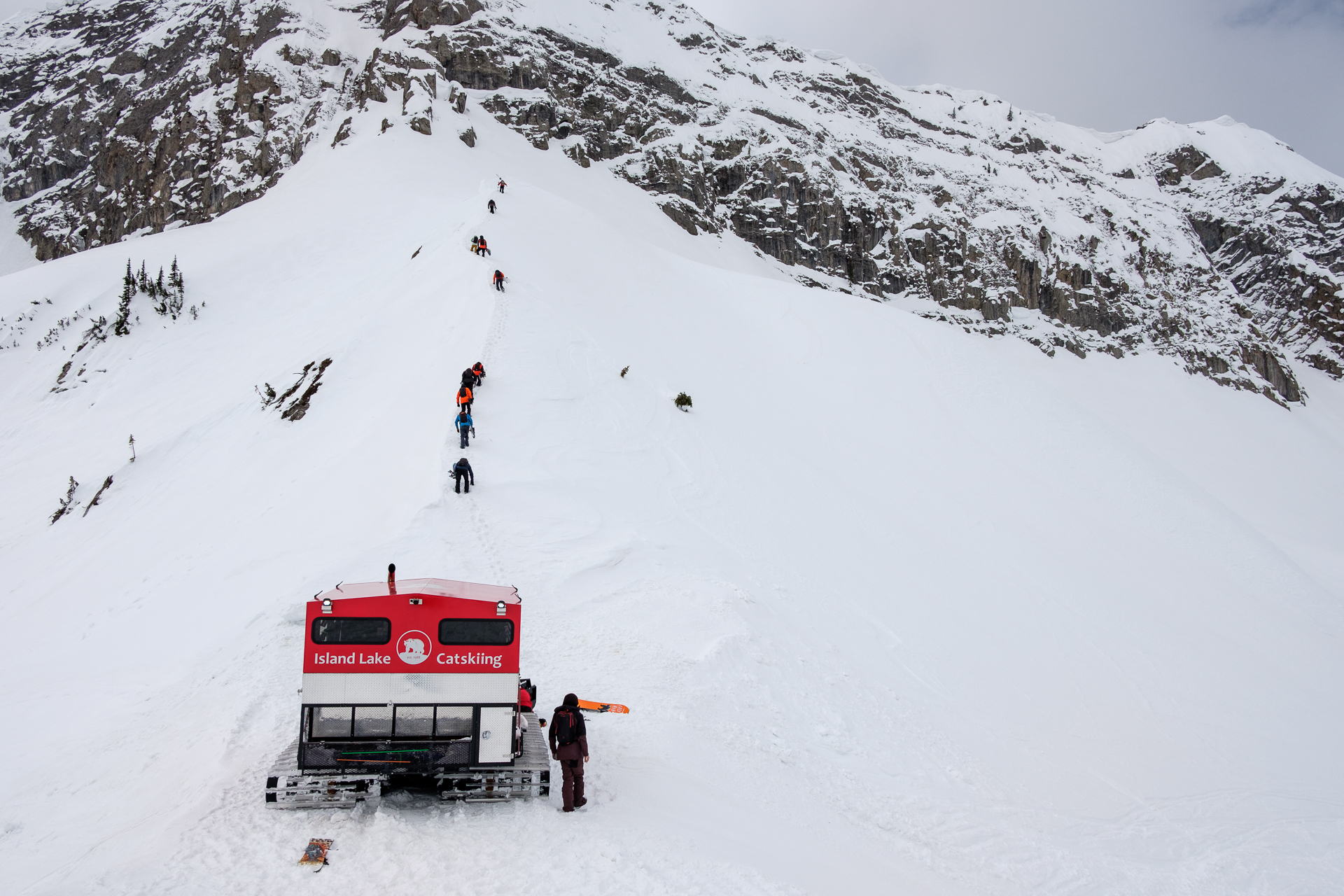 ABOVE The crew hiking for some fresh turns. Photo: Colin Wiseman 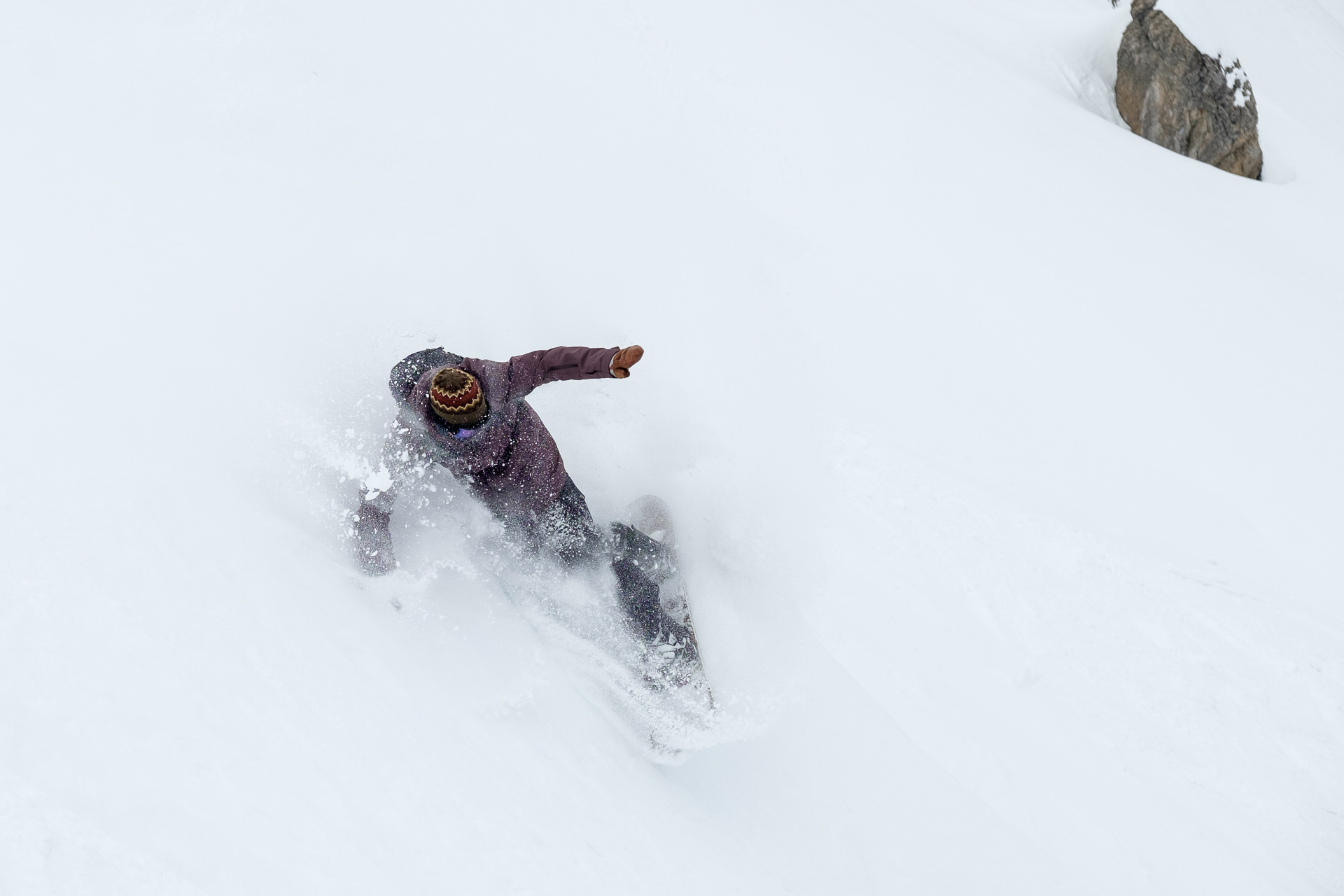 ABOVE Kevin Stevenson proving the hike was worth it. Photo: Colin Wiseman 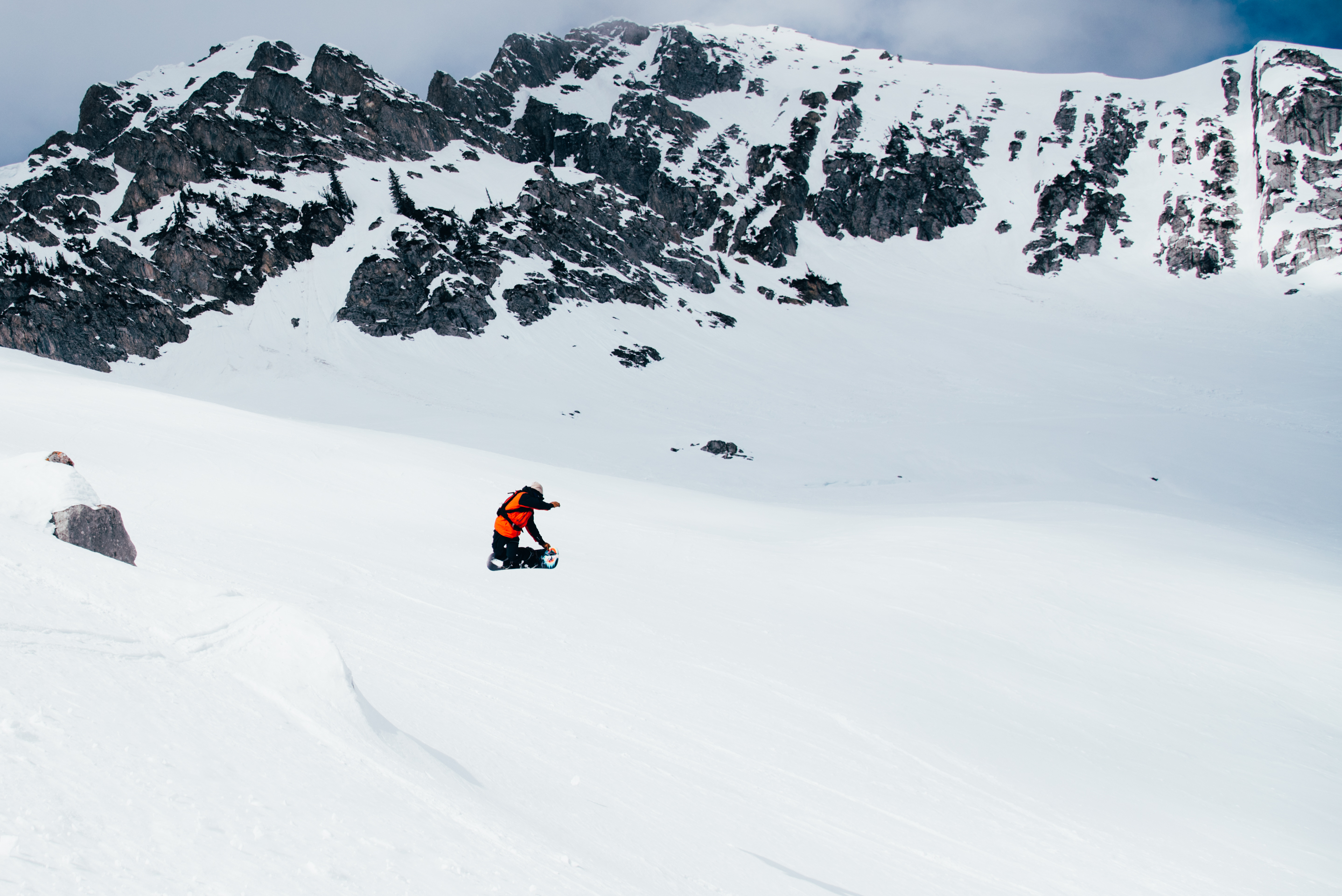 ABOVE Austen Sweetin kicking one out for Craig. Photo: Ben Shanks Kindlon

Traveling to Island Lake Lodge in time for Craig’s birthday is just a coincidence, but it’s a good one at that. Craig is a big part of the history of this place. He spent years freeriding and filming around the area and went on to become a shareholder in the operation. Photographer Mark Gallup first brought Craig here in 1992 and over the following decade the duo spent a great deal of time working (and sometimes living) together. In Bears Above the Valley: A History of Catskiing and Snowboarding at Island Lake Lodge former pro snowboarder Jason Ford says, “Mark and Craig were like brothers.” It seems serendipitous that Mark came along with our crew this morning and he tells me it’s mere happenstance that our trip turned out to fall on Craig’s birthday. “But once I got up here, it kind of hit me,” he says. “I couldn’t have planned it better.” 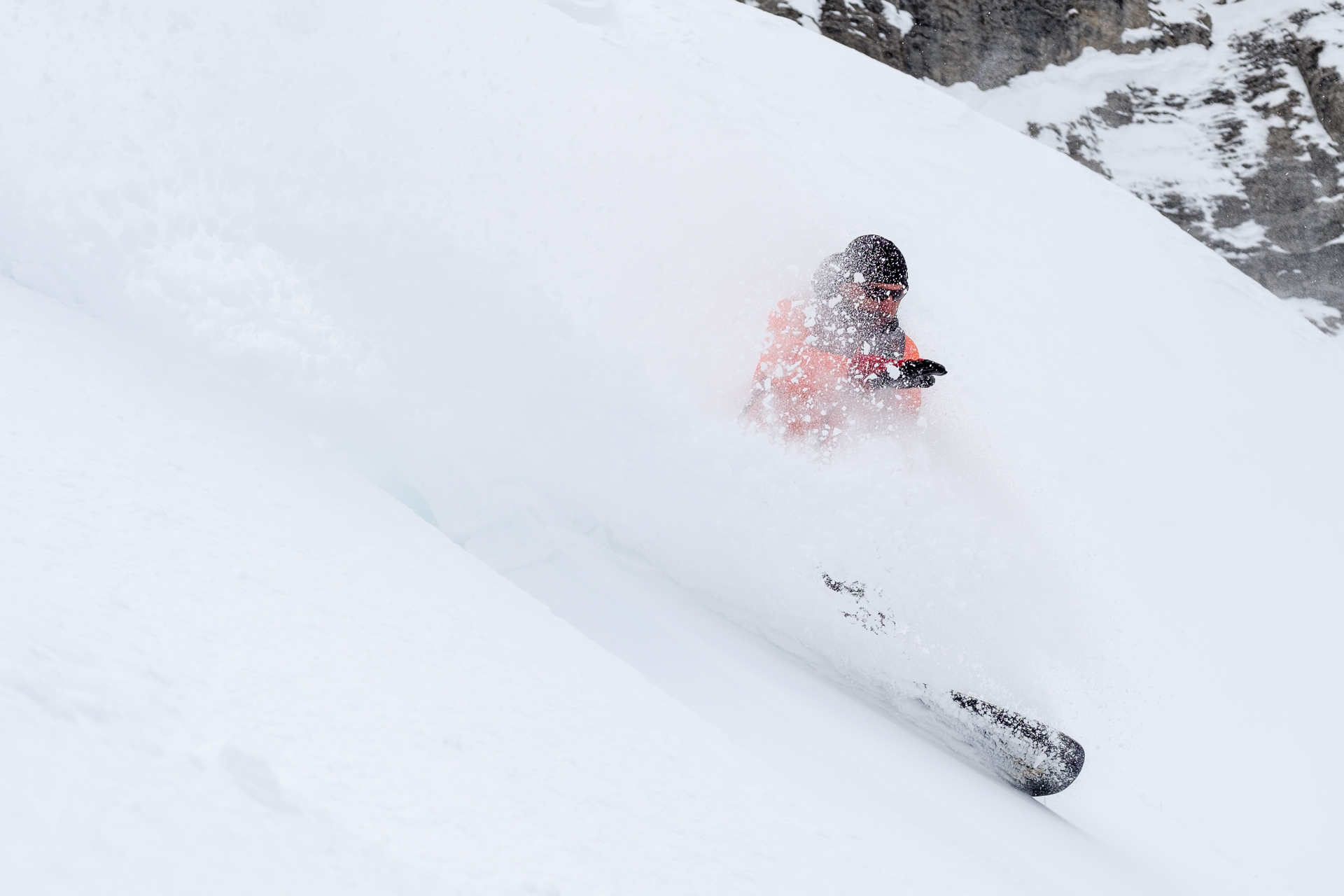 ABOVE A rare site: Mark Gallup in front of the lens. Photo: Colin Wiseman 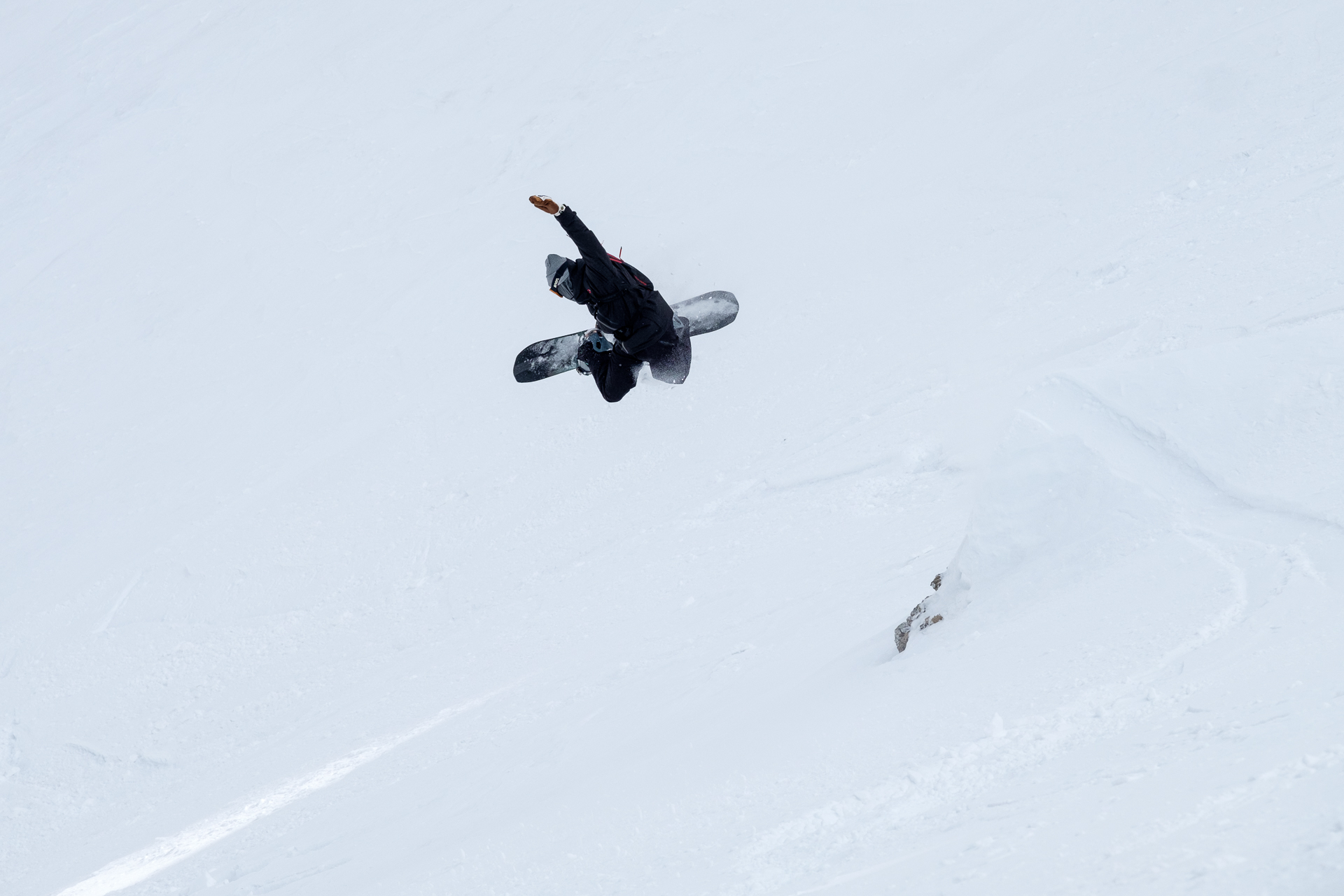 “Being in this terrain, my thoughts are on Craig,” says Mark. “We did a lot of shooting here together. We’d talk about personal stuff with each other, but we didn’t really talk about what we were going to shoot. We didn’t need to have a lot of discussion as far as the photography stuff goes. If we’d see a lip where he could do a turn, I’d look at it and say, ‘Do you see that?’ He’d look at it and go, “Yup.” Then he’d go and do the perfect turn or slash without any more discussion. He’d do it exactly the way I pictured in my mind. It was just a really good connection in that sense.” 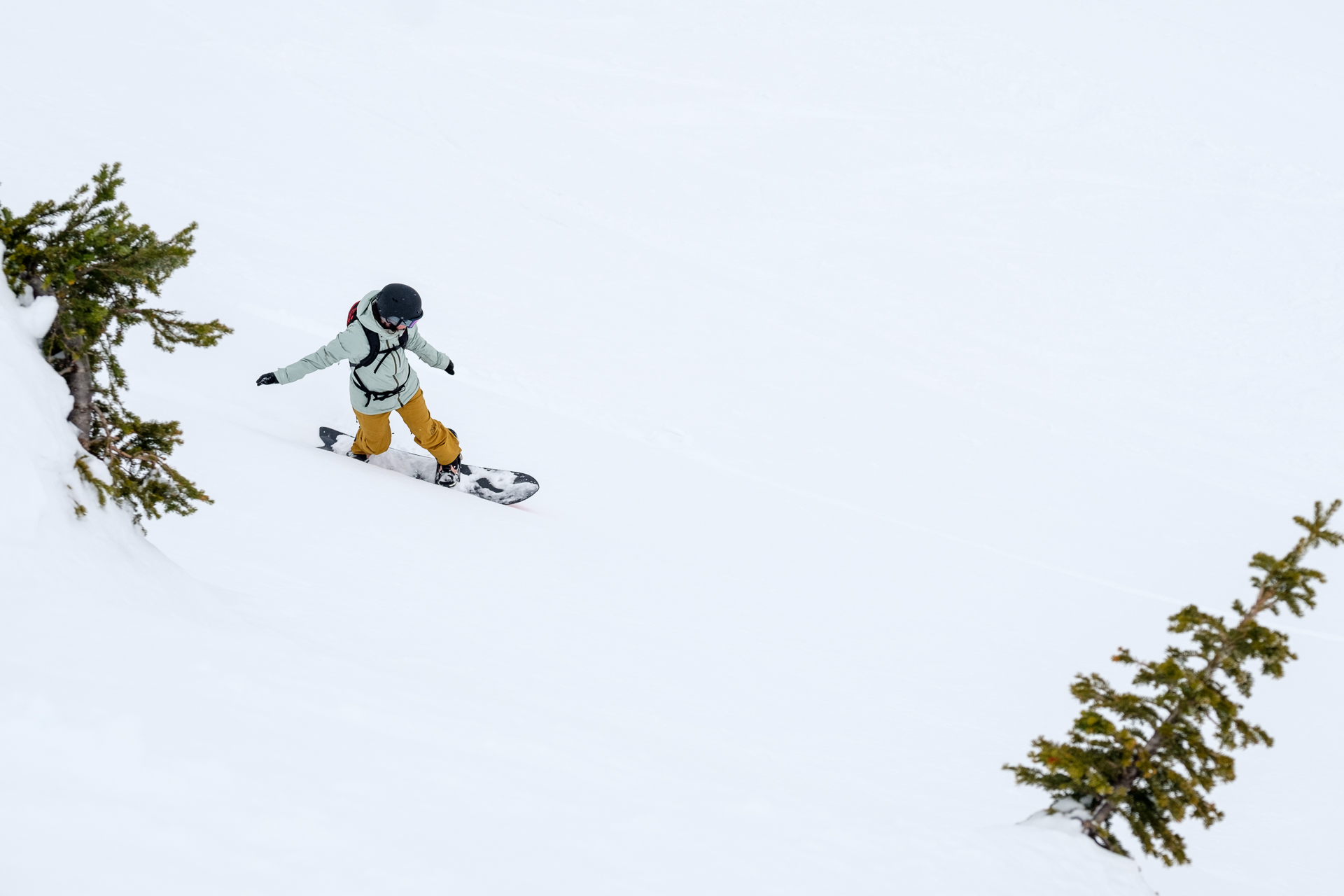 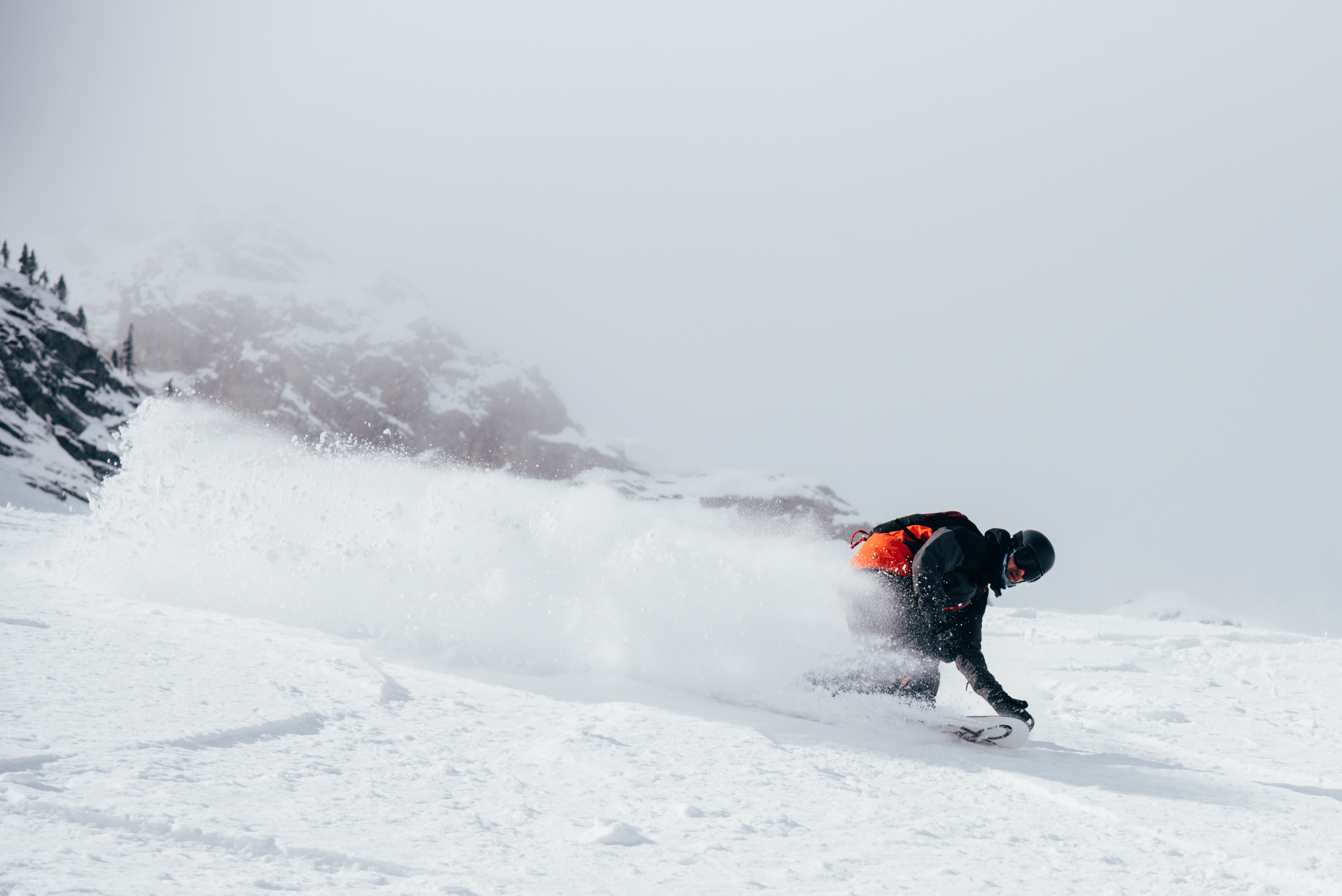 ABOVE Big Winner! Caleb Marrs won his spot on this trip through our annual contest. Photo: Ben Shanks Kindlon.

Our crew consists of Austen Sweetin, a few of our staff at The Snowboarder’s Journal and some close friends of the publication and today we are taking a similarly loose approach to our photo program. The springy, late-season conditions have us opting for 10 a.m. start times during our three days of riding here and while we’re logging nearly a dozen laps each day, we’ve only busted out cameras for a couple sessions. We’re not aiming for cover shots, but rather some snaps to commemorate our time in these majestic mountains surrounding Fernie, BC. It’s slushy and playful and more than anything, relaxed. Chest-deep powder would’ve been our first choice for a trip like this, but these warm temps, slow-rolls and mostly sunny skies are the next best thing. 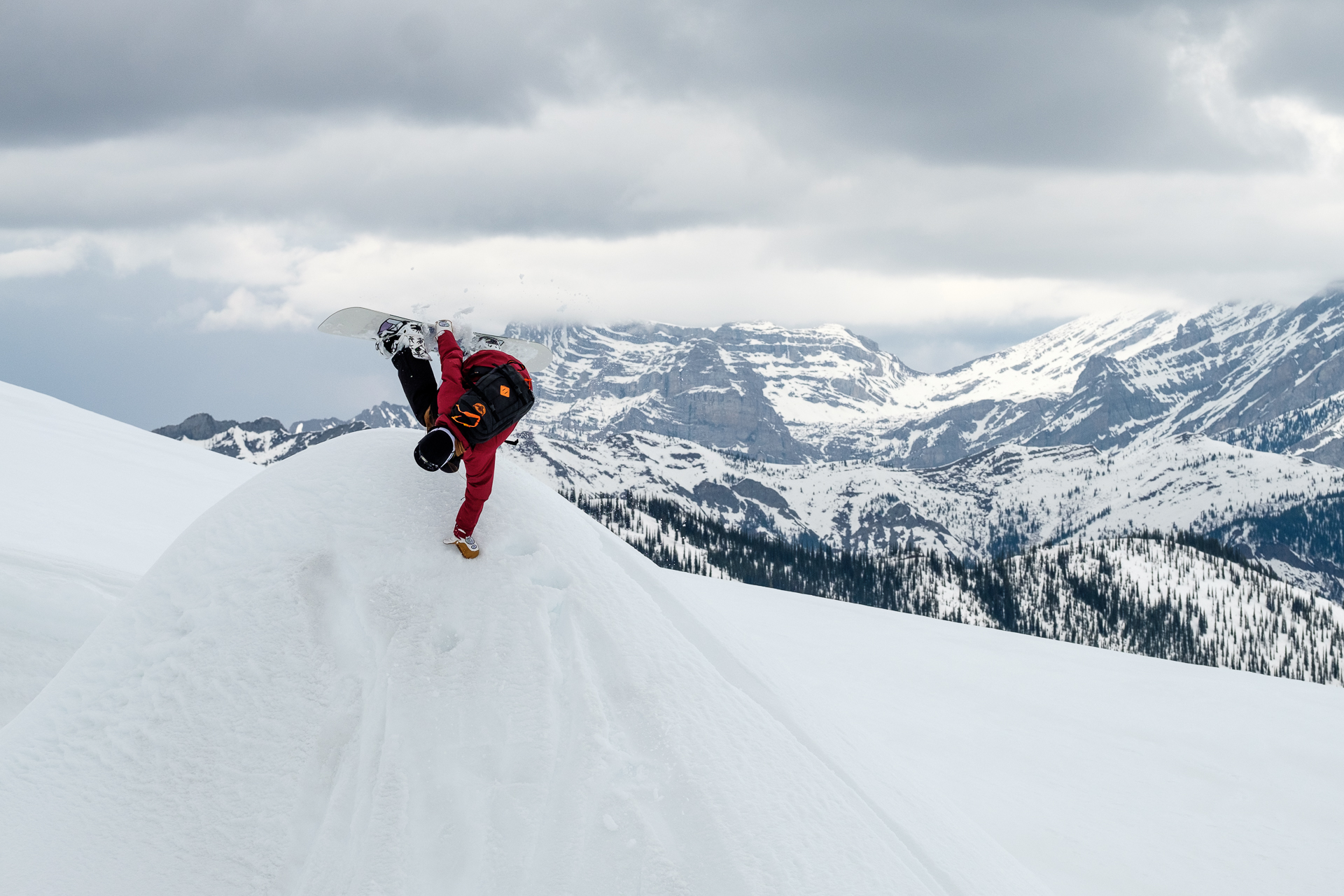 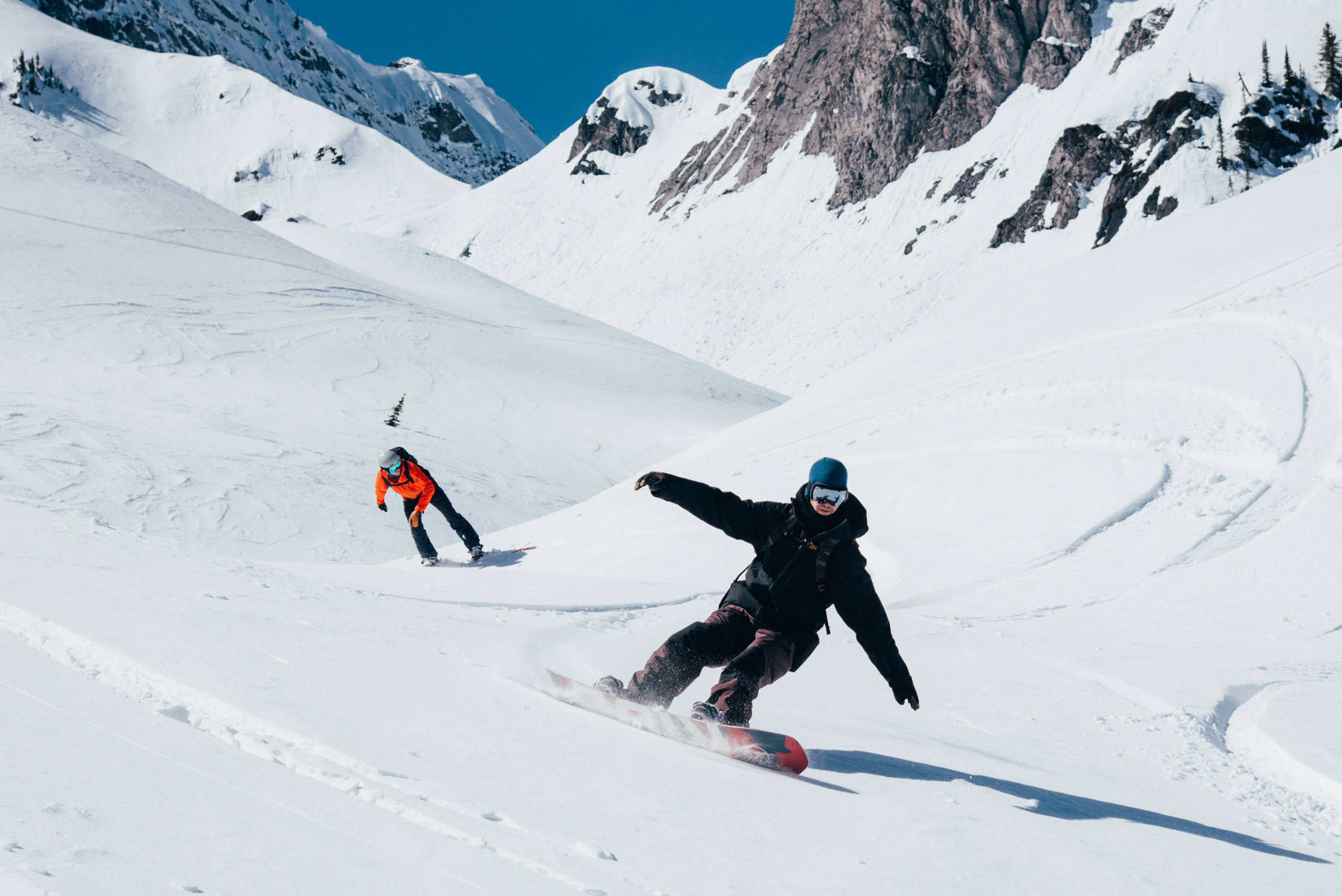 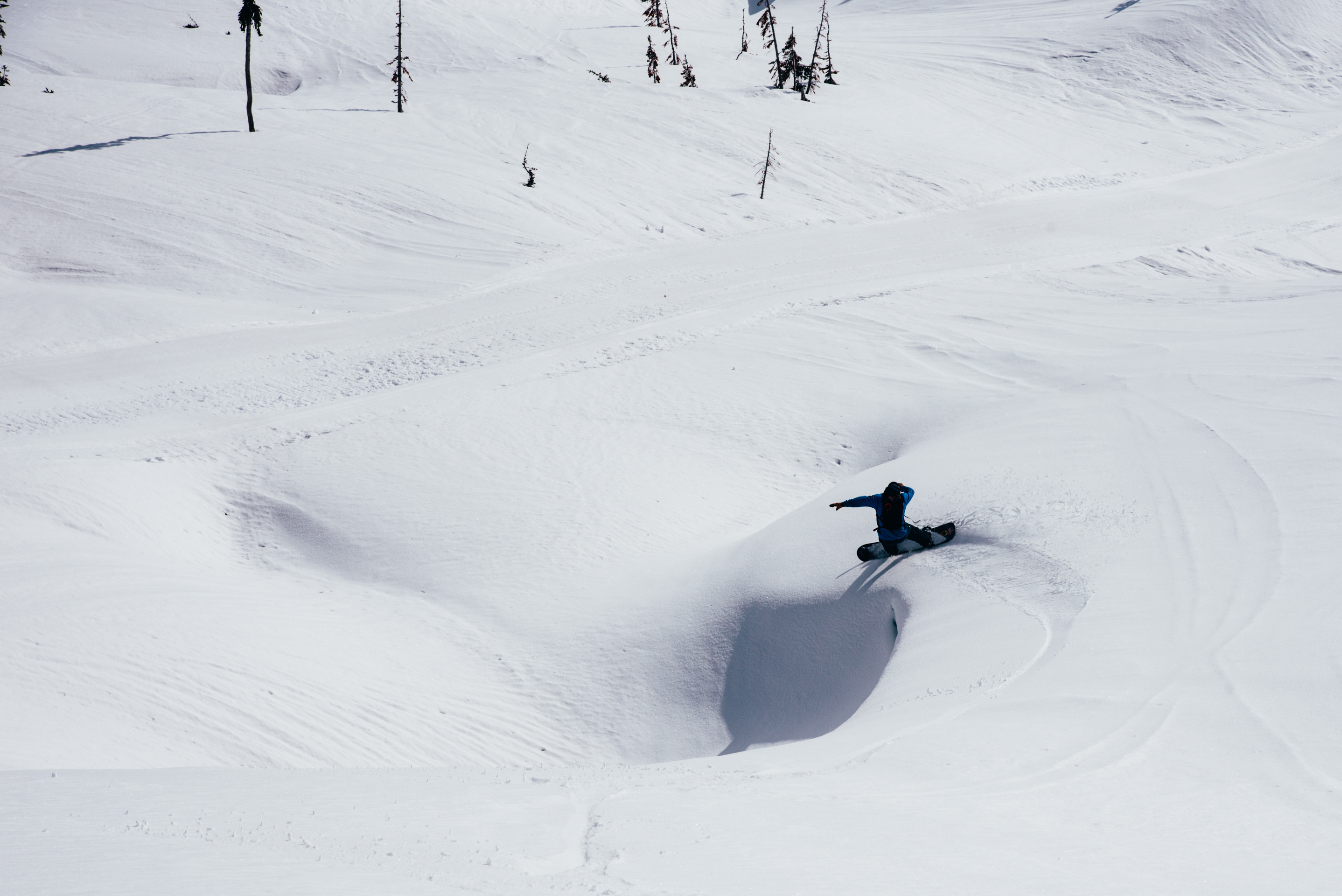 Mark says Craig also would’ve been out here making the most of this corn snow and that they never spent their days only shooting photos either. “Craig didn’t really care what the conditions were like, as long it was safe and there weren’t any hazard issues,” he explains. “And when we’d ride, we would shoot one run, then just ride one run, shoot a run, then do a free run—going back and forth. Craig really wanted to keep the just-snowboarding part of it.” With that in mind, there’s no better way to honor Craig on this day than to take a few more photos then turn our cameras off and go ride. I look up and notice the eagle has flown off into the distance. Time to follow suit. 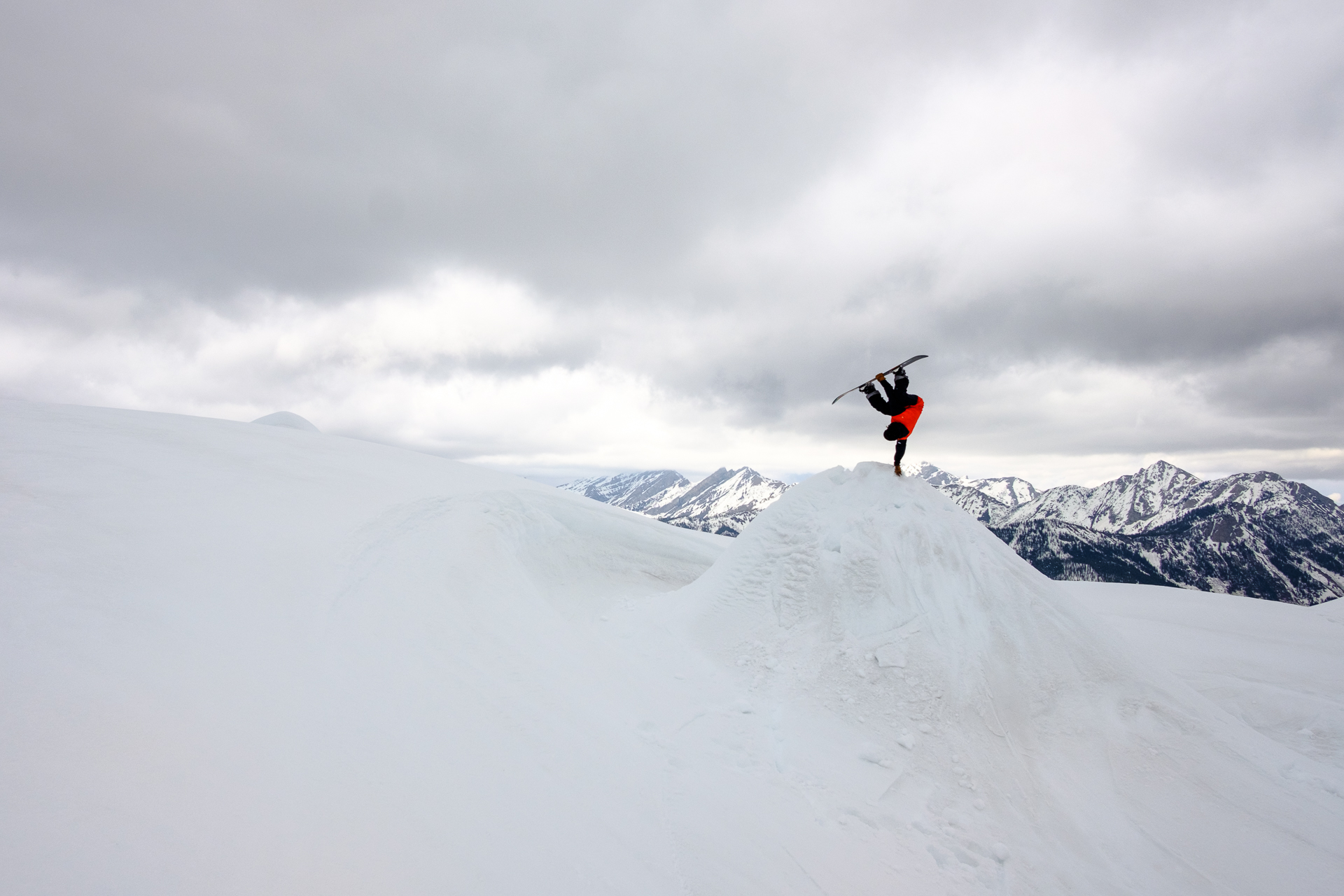 A special thanks to Mike McPhee, our guides and the rest of the Island Lake Lodge crew for a very fun few days in the mountains. Till next time!