Volcanoes create their own energy. Literally, of course—geothermal power is one of the cleanest (and in many places untapped) energy sources available in this world. Then there’s the tales of Lemurian societies living under California’s Mt Shasta, a portal to a different plane of existence. Divine revelations from Greek legend to the Bible. A source of healing power and overcoming one’s hardships in various shades of new-age spirituality. There’s Pele, the Hawaiian creator and destroyer, providing and taking away. A metaphor for many walks of life, but something that rings especially true for those who play in the snow.

And volcanoes, too, attract community. Humans have dwelled beneath volcanoes for time immemorial, plying their fertile slopes, sometimes ascending to touch the source. And in some cases, sliding down again. At Mt Bachelor, volcanic terrain provides a gentle, surfy vibe, replete with gullies, banks, and the opportunity for flow. And this one volcano in central Oregon is home to one of the strongest snowboard communities I know, with Josh Dirksen, now in his 40s, serving as an example of sorts to several generations of very skilled riders. 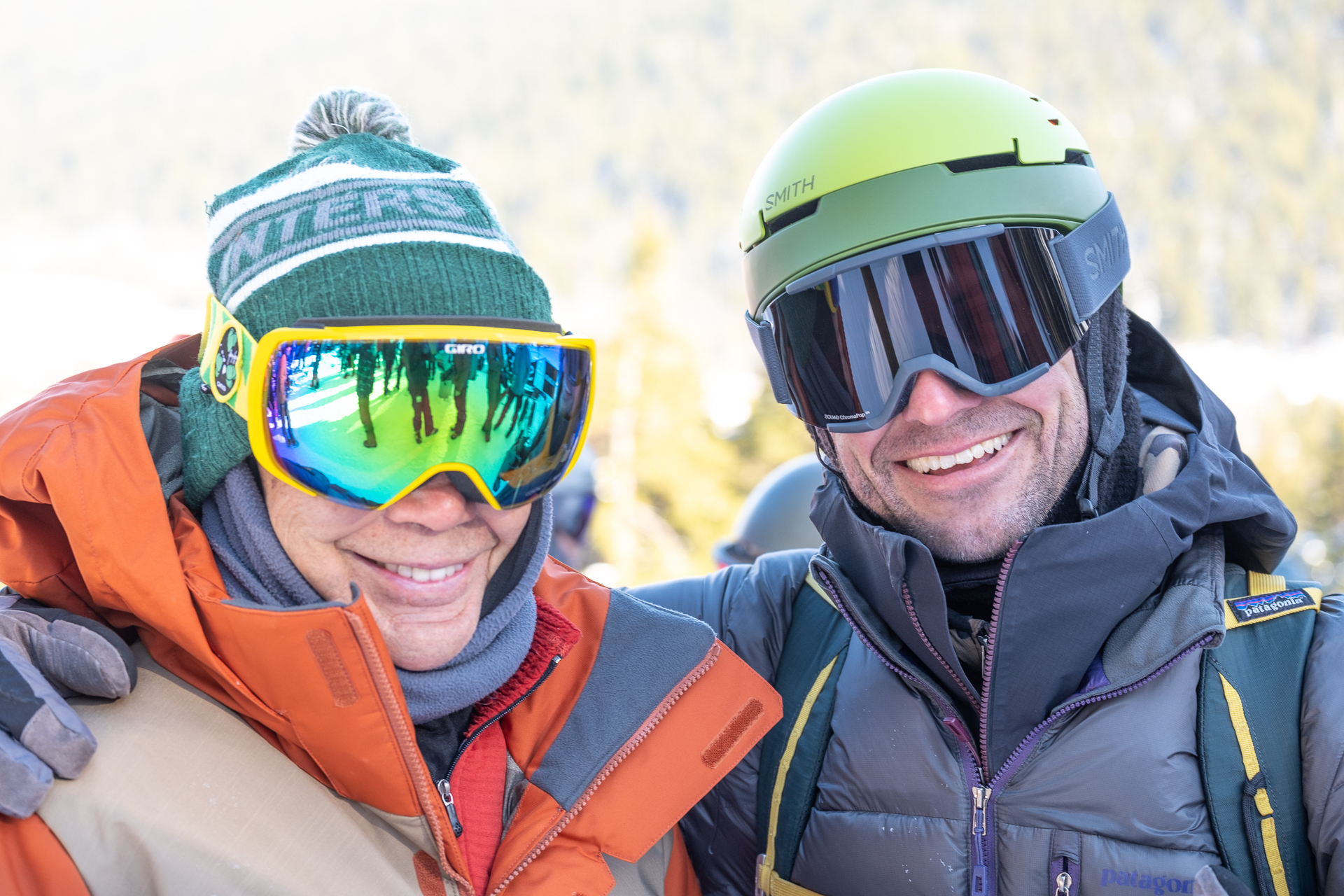 Indeed, Mt. Bachelor is the kind of place where, despite the high level of the local snowboard community, they invite newcomers into the fold. The first time I visited nearly 15 years ago, I’d just started working for The Snowboarder’s Journal. I stayed at the Motel 6, didn’t know anyone, shot and wrote and raced in Dirksen Derby 2, still a small-ish gathering back then. Now, it’s grown into a celebratory season opening event 500 strong, and only capped at that number because any more would be too much to handle. 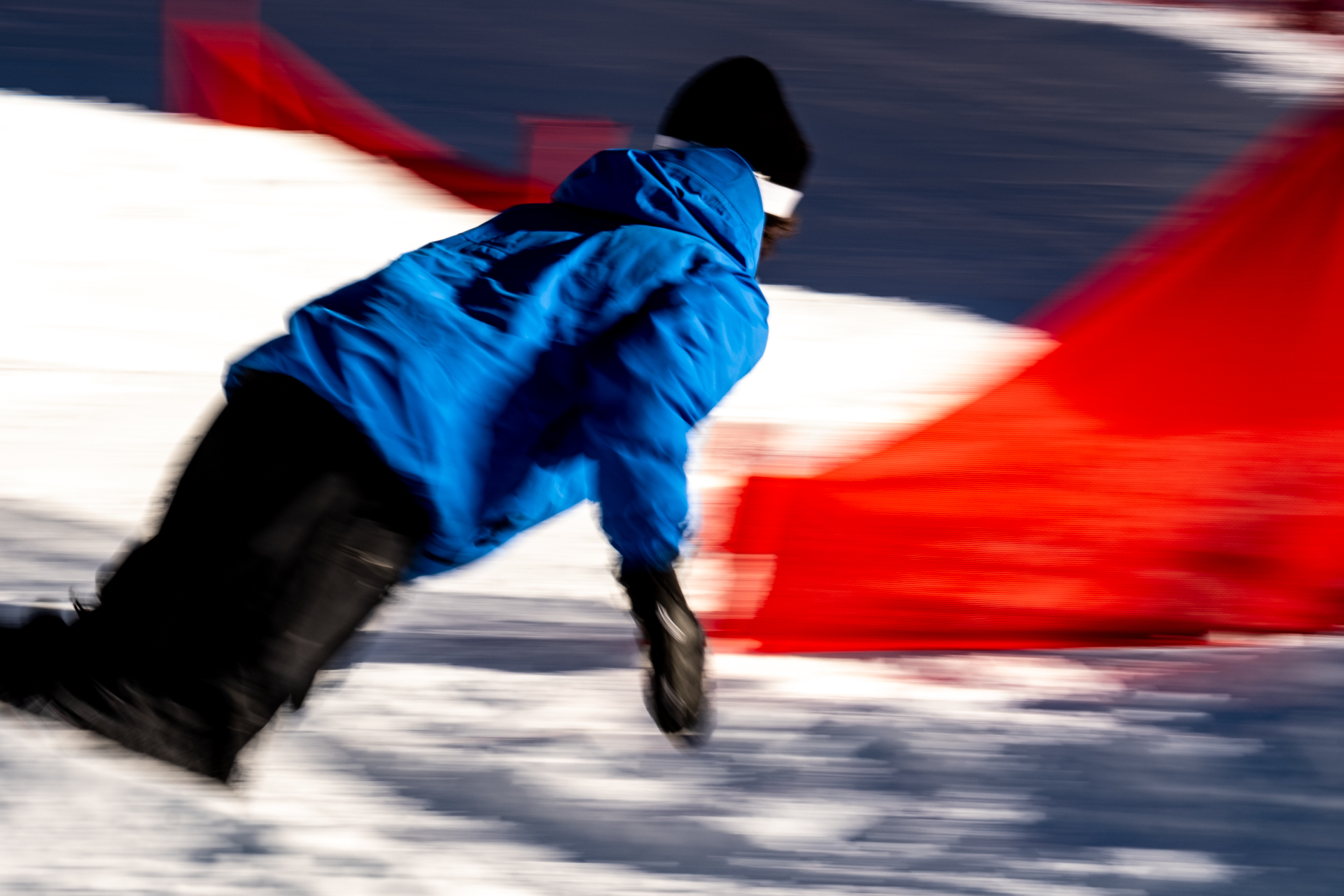 At that second Derby, I made a few friends, then a few more as the years passed, growing snowbound connections to the point that it’s hard to fit all the conversations I want to have into a three-day span. And that’s why, well over a decade later, I needed to go.

I almost didn’t go to the Dirksen Derby this year. We’d recently lost a friend to the mountains. His roommate, and his dog, are living at my house. It’s heavy. But I had a spot in the race. Low obligations, and few expectations. I know how hard Josh Dirksen and his team works to put this on, and how it honors and supports a handful of folks who have had their lives altered by the mountains, for better or for worse, or something in between. I also knew community would be waiting—a community of love and understanding. 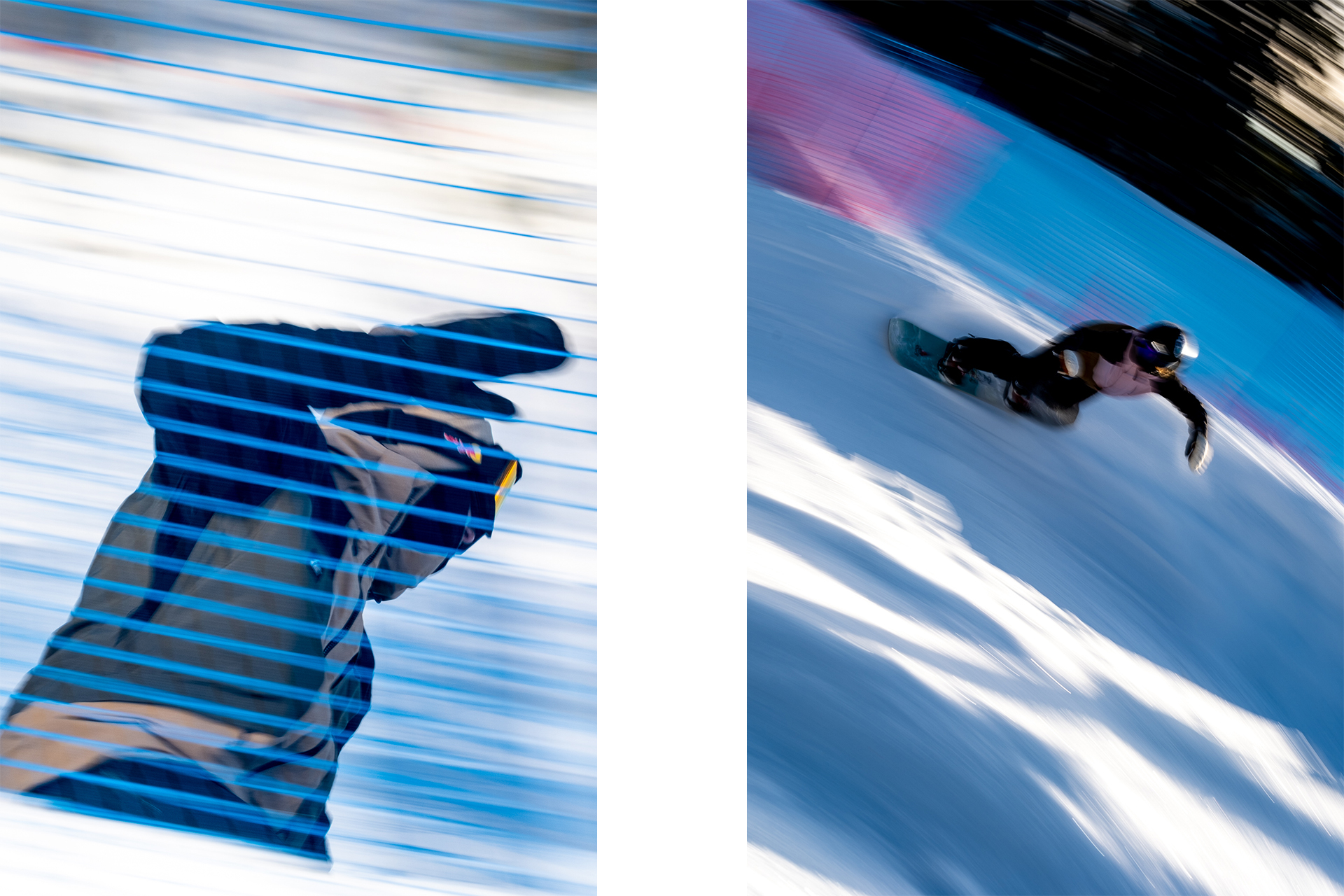 Practice went by in a blur. Maddie Hall on the right.

So, I went. Nine hours through blind fog on frozen roads, at times beautiful, at times headache-inducing. Then arrival in Bend, OR, and up to Mt Bachelor, 10 degrees warmer in the sun.

I pulled in just before noon on Friday. The first person I saw was Elliott. He checked in immediately the way a good friend does. And at registration, Desiree Melancon, from behind the table for her S.T.A.Y. foundation, offered resources for facing grief. Yes, I was in the right place. 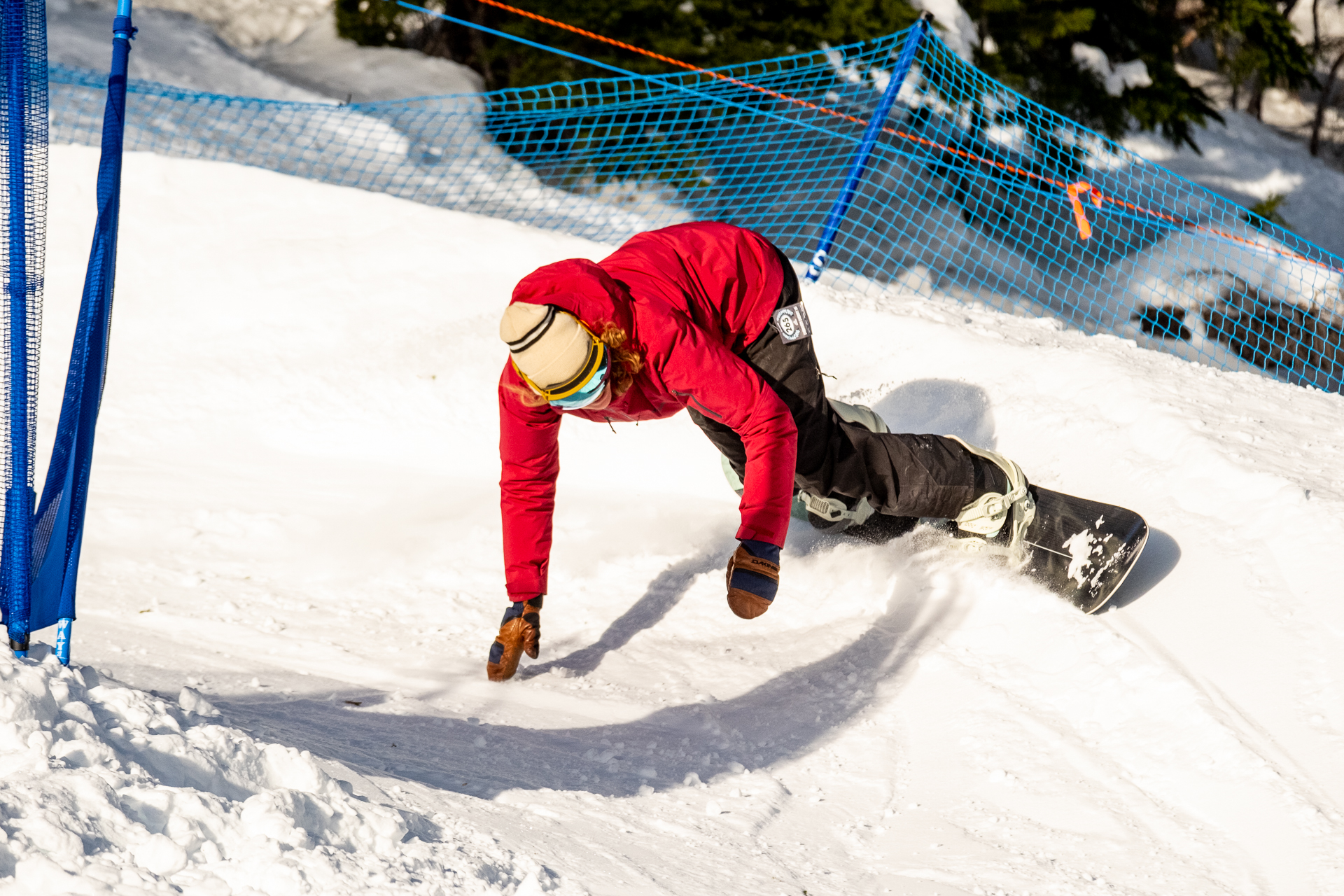 Soon, I stood in that start gate and pulled through the course, flowing through the tight banked turns and laying edge into a collective track that would deepen through the weekend, cut in by women, men, non-binary folx, sit skiers, adaptive snowboarders, children—an inclusive flow for all. We were gifted sunny skies through the weekend, cool but not too cold temps, and soft, supportive snow. High winds at elevation made for dramatic, backlit plumes of white. And by the end of three days of racing, high cloud came in, a signal that maybe it was time to go.

Jason Loeb on course (left) and one of many diggers doing an amazing job (right). The course ran smoothly all weekend.

After my final race run, I got on the chair with Jon Tapper. He explained to his college-aged daughter that we had first met at Dirksen Derby 4. We’ve built a friendship based around this one event, a friendship that means something. Tap photographs the Derby every year alongside his other gigs of a mountainous nature. This year, he was making sure everyone had a photo of themselves on course. We parted ways for a moment, then, as I was reaching the parking lot, I saw him again. 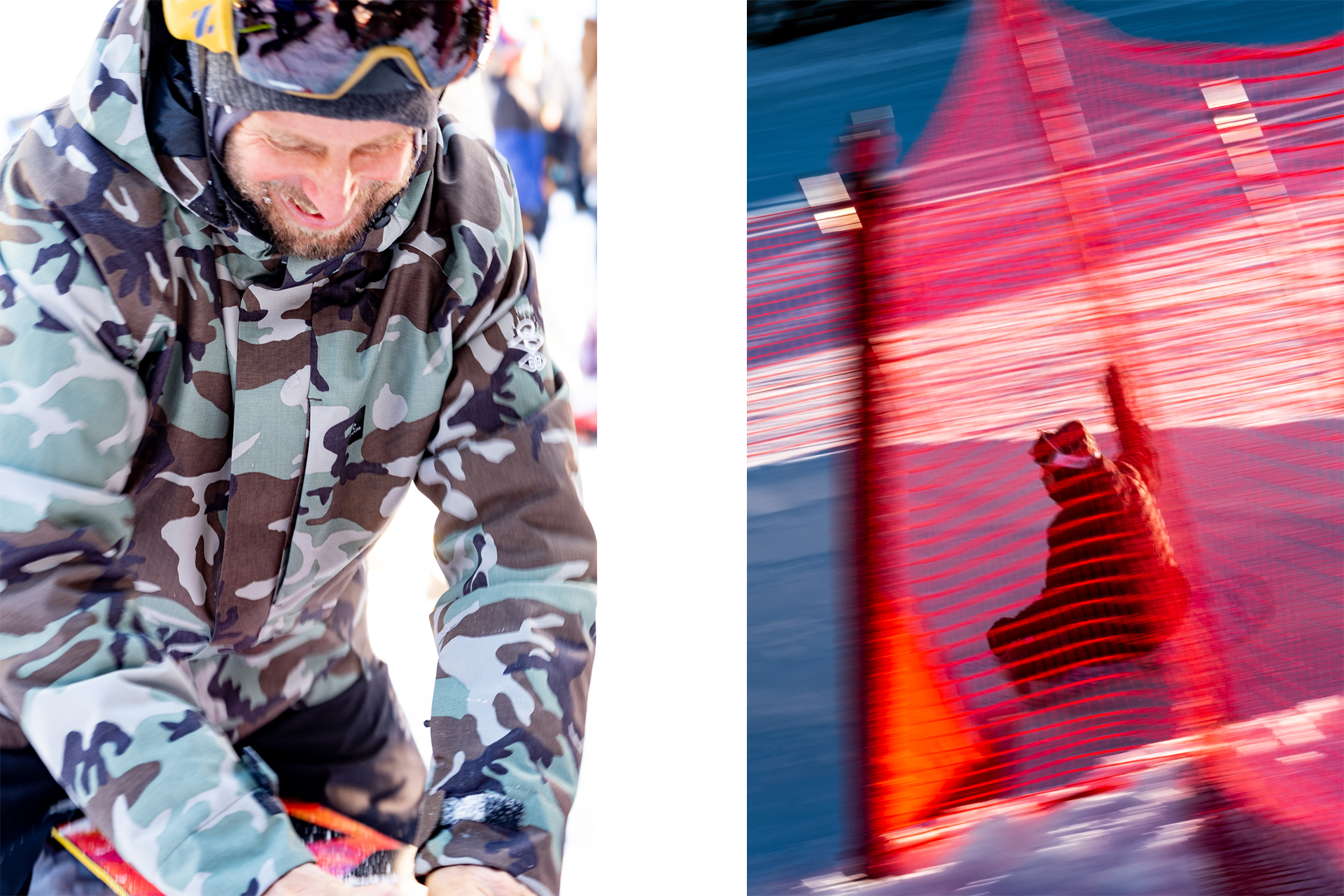 Tap asked me to hold on for a second, that he had something for me. He disappeared into his truck and emerged with a beautiful little ceramic creation, blue and brown. “I made this with my own hands,” he said, handing it to me.

It fit perfectly in my palm. A heartfelt object. As I write, just having returned from the 1,000 mile round trip, it sits on my desk. A reminder of the strength of community, of the connection that runs deeper than race times. Of that energy we, as snowboarders, know, love and share. Sometimes it gives, sometimes it takes away. But in the end, it provides a through-line for life, one that’s always there when we need it. The Dirksen Derby is a great reminder of that. 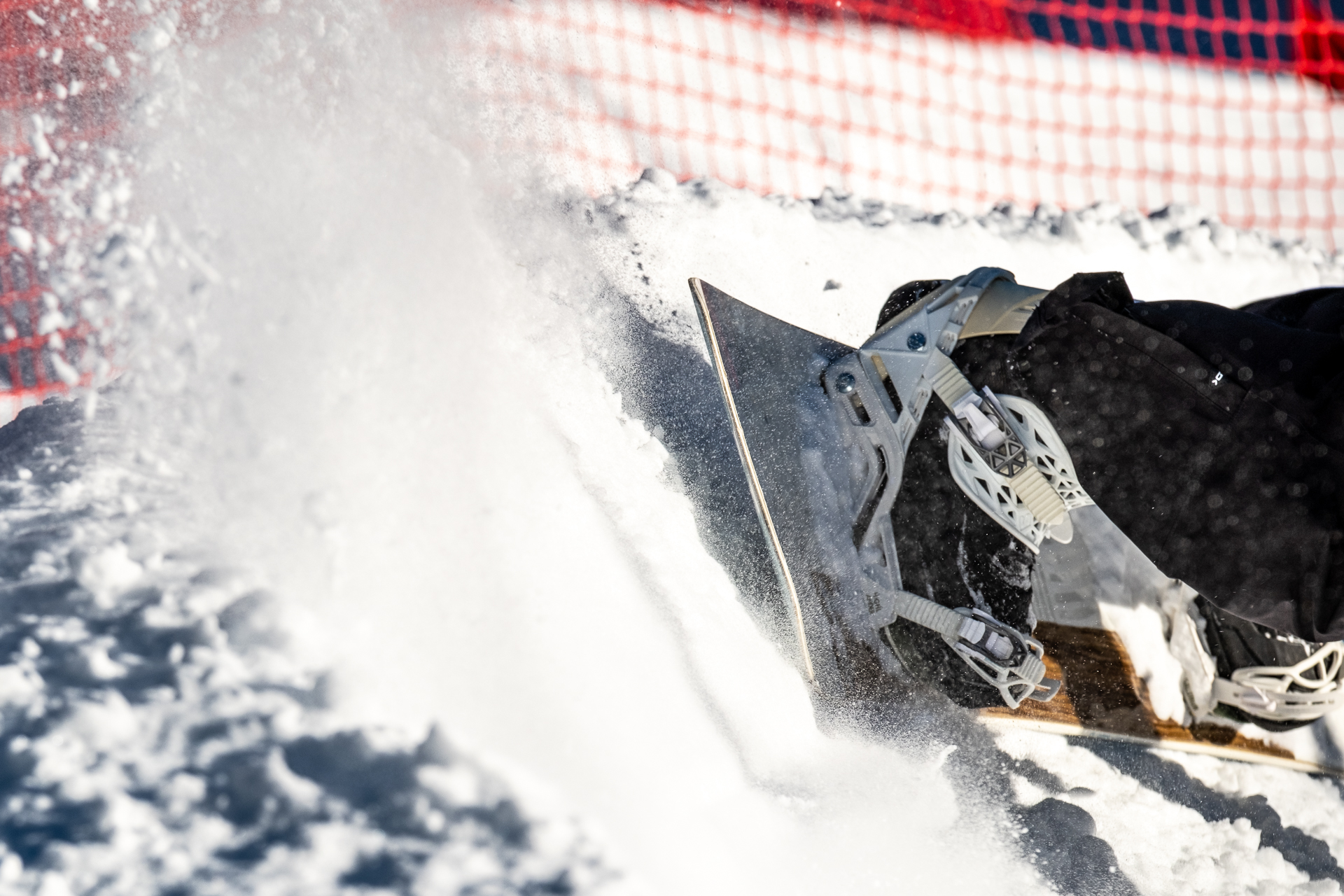 Thank you, Josh Dirksen. We know how hard you work to make this event run smoothly, and your efforts are hugely appreciated. Also thank you to Mt Bachelor, the diggers, course workers, sponsors, and all in attendance. Your energy makes this world a better place. 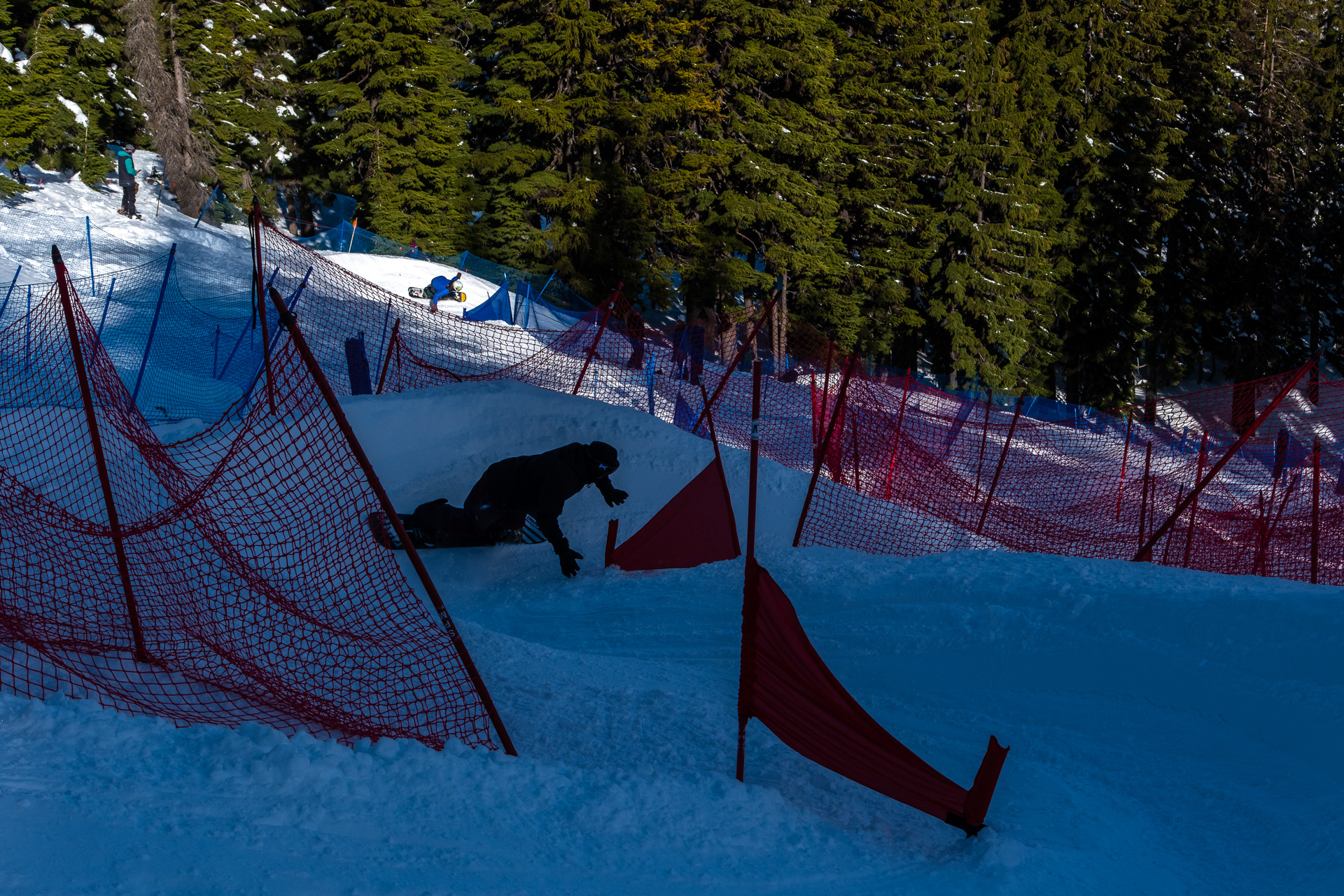