It’s mid-afternoon on a late February day at Mt. Baker, WA, and eight-year-old Ohana Frierott is charging her way towards an inbounds gap known as “Shoot the Moon.” Mary Rand is hot on Ohana’s trail with her phone in hand, visibly joyous to be filming the follow cam. Just as Ohana reaches the kicker, she catches her edge and folds on the ground. Fortunately, she comes up smiling. Mary, along with nearly 20 more women and girls, surround Ohana and cheer for her, give her props on a solid attempt, laugh off the crash, then ride away together in search of more sidehits. Ohana couldn’t shoot the moon this time, but her new friends have ensured that she’s landed among stars. Their collective energy—one of unconditional support, mutual encouragement, and love—is palpable, enough to brighten anyone up.

ABOVE LEFT Ohana Frierott spreading peace and positivity with the Girls on Shred crew at Mt. Baker, WA in late February 2022.

ABOVE RIGHT The squad making their way down the mountain in search of airtime. Once we got closer to Chair 8, these girls were laying deep trenches through some seriously committed carving. Everyone was throwing down.

Shawna Paoli, a talented 31-year-old Midwest transplant whose been residing near Mt. Baker for the past several seasons, helped to bring these ladies together today for the first ever Girls on Shred snowboard event in Washington State. Over lunch, which has been graciously provided by Girls on Shred, Shawna explains how the non-profit was founded in Missoula, MT by one of her friends and inspirations, Samantha Veysey. “When I lived in Missoula, Samantha was putting on these awesome events that were super casual, just a bunch of ladies shredding around,” Shawna says. “She’d also put on clinics [for girls to learn snowboarding fundamentals]. It’s a really cool, inclusive environment for women, non-binary and trans people. This is the inaugural snow event here, but we hope to do a lot more in the future.” 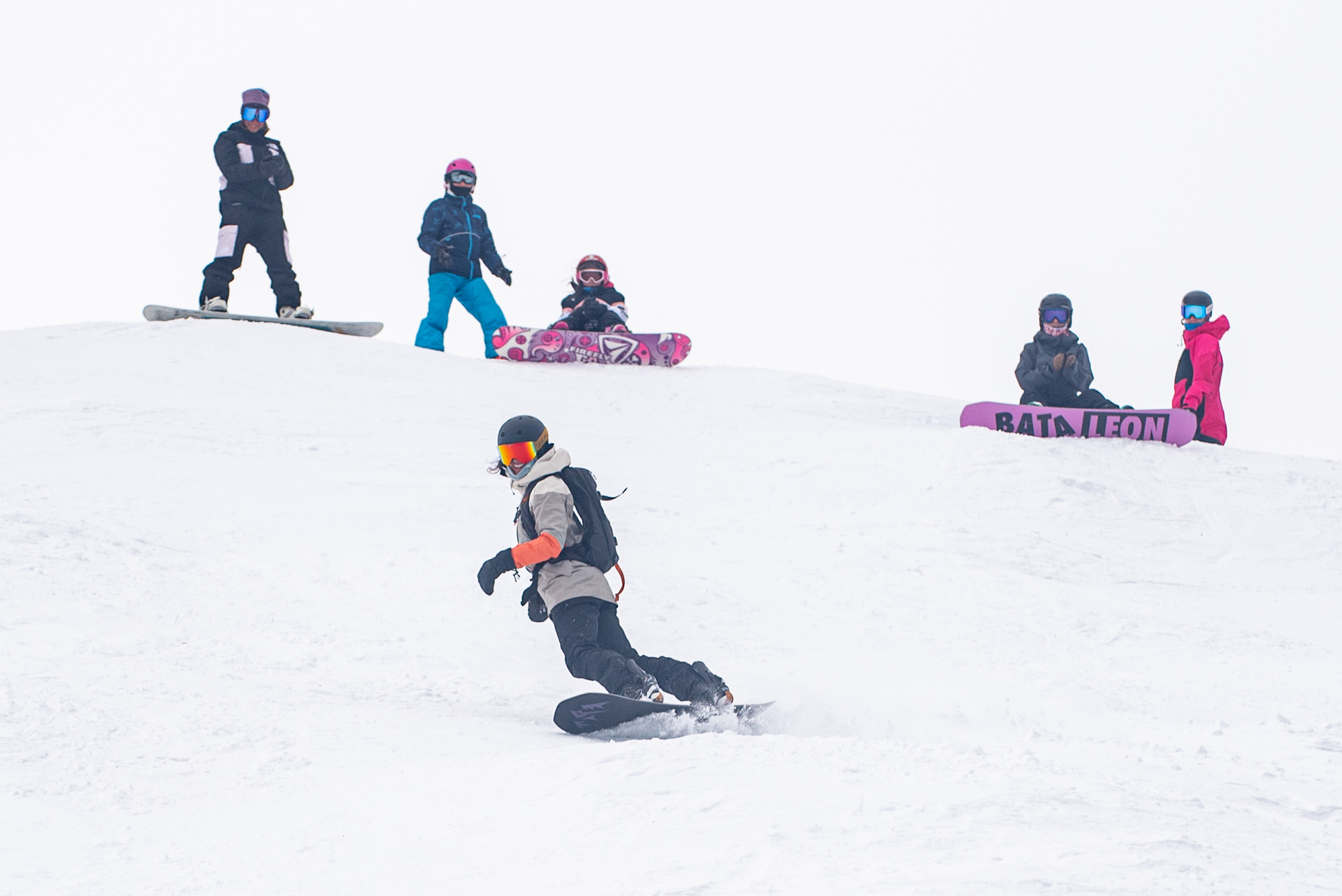 ABOVE Shawna Paoli dropping in for a go on Shoot the Moon. It’s clear that these younger riders look up to her, and that Shawna finds inspiration through riding with them, too.

In June 2020, Girls on Shred hosted its first ever skateboard event in Washington State at the Coal Pad, a DIY, transition-focused skatepark in woodsy Glacier. Shawna estimates over 70 skaters came out for it. Like that sweet summery session, today’s vibe is laid-back throughout its entirety. People of all ages are welcome to participate. There’s no contest, no judgements. Everyone is simply ripping, connecting with the mountains and each other, reconnecting with themselves, and maybe even discovering something new in the process. It is a wonder to witness these snowboarders share in this cumulative experience, continuously tapped into a unified flow state.

“We’re all connecting on a very human level,” Shawna says. “That human level is sharing happiness, sharing something we love, creating new communities and connections, and finding inspiration.” 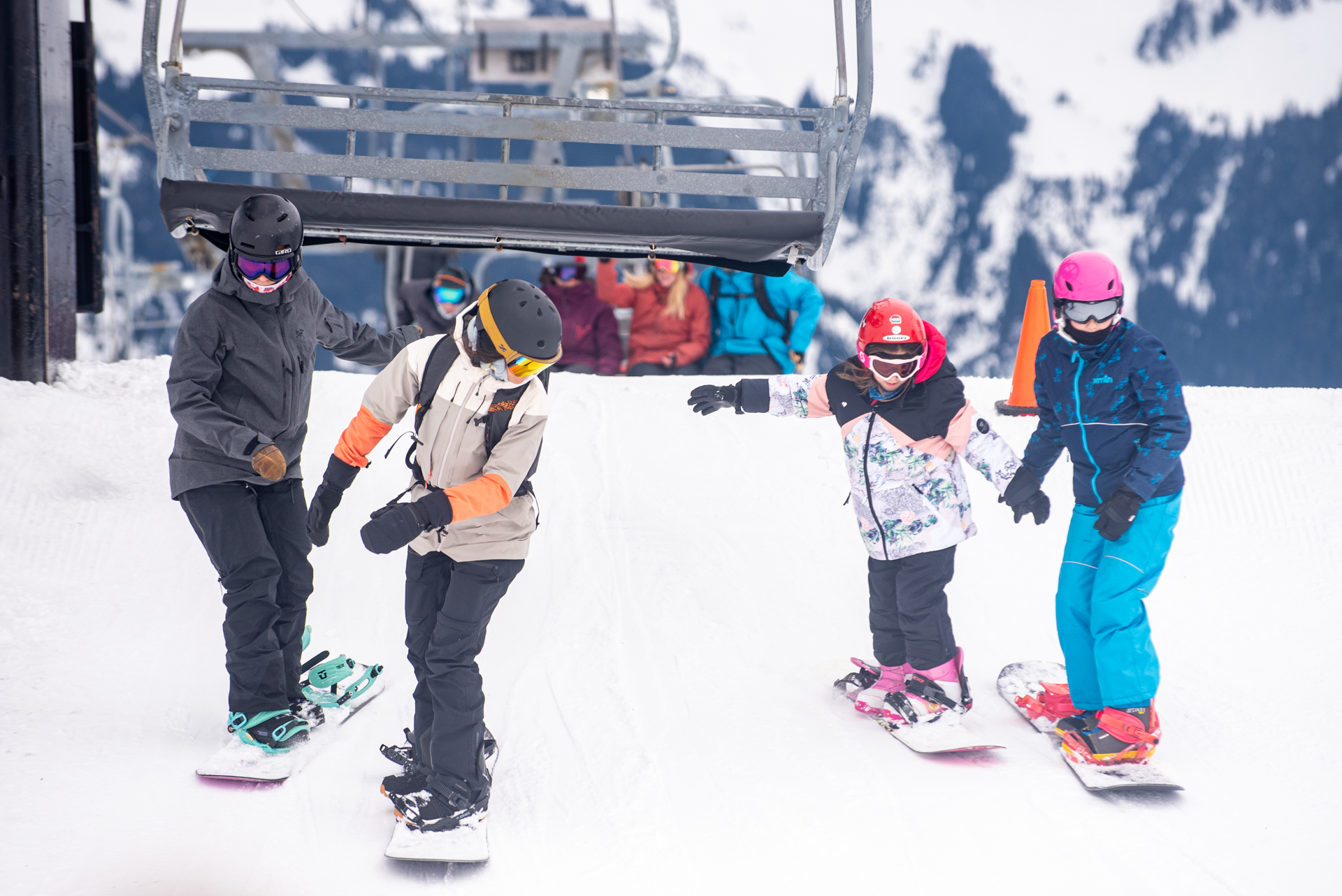 In a world chock-full of competitions and comparisons, and plenty of humans who have reached their breaking point with both, events like these are a wise way forward. This ride day with Girls on Shred goes to show the healing power of togetherness, inclusivity, and encouragement; the strength in sharing feelings and experiences surrounding a mutually beloved activity. Sure, some girls are riding more proficiently than others, but that’s not the point. It’s about that feeling—that love—and with no determined winners this afternoon, it really does feel like everyone comes out on top. That energy is something that each rider in attendance can carry with them long after the lifts stop spinning.

“That’s really what I think life is all about in general, and it’s really cool to share snowboarding in this way,” Shawna says. “In Robin’s [Van Gyn] interview in [Issue] 19.1, she talks about how her video part isn’t just about her, that it’s bigger than her—it’s about uplifting others. That really resonates with what this is: Uplifting our community.” 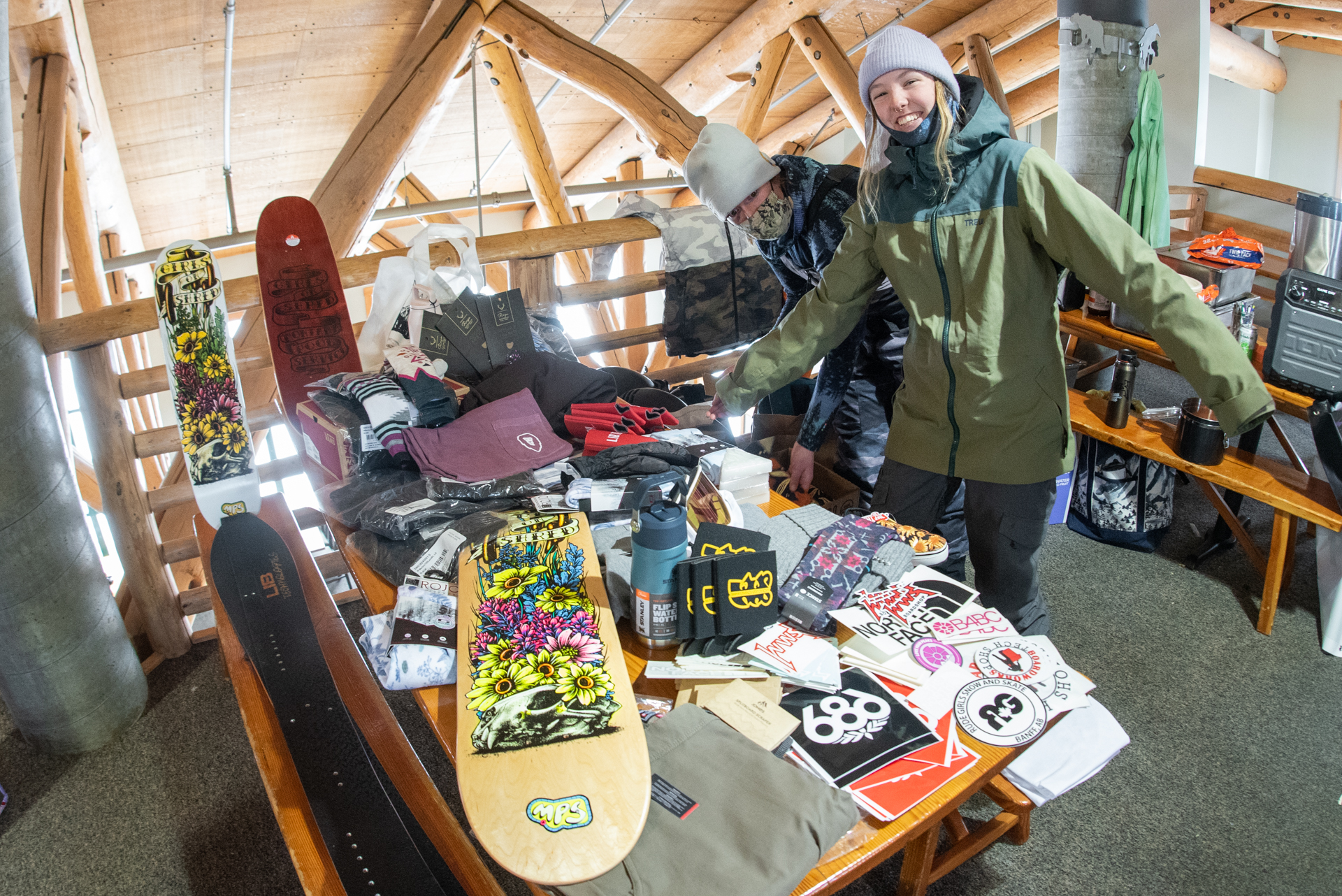 ABOVE Sydney Becket, shop manager at WWS Board Shop in Bellingham, WA, poses in front of the raffle prizes given out at the Girls on Shred event at Mt. Baker. Yeah, that’s a splitboard on the bench. This raffle was no joke. Another reason to be sure you’re at the next Girls on Shred event.

Get involved with the Washington chapter of Girls on Shred on Instagram @WAgirlsonshred and in Montana @girlsonshred.

Special thanks to Shawna Paoli, Sydney Beckett, the fine folks at Mt. Baker Ski Area and everyone else who came out and helped to make this day so rad.