“Does this go back to the ski area?”

The man was standing on the wrong side of the boundary line. He had a thick European accent, a fresh outerwear kit, and two ski partners. None of them wore backpacks.

“Yeah, but doesn’t look like you should be here,” I replied.

“Why not? We’re just going to ski on the other side of the rope,” he said.

“Exactly,” I said. “That’s the backcountry. You don’t have avalanche gear or any idea what’s down there. You should come back inbounds. This is a fun run, too.” 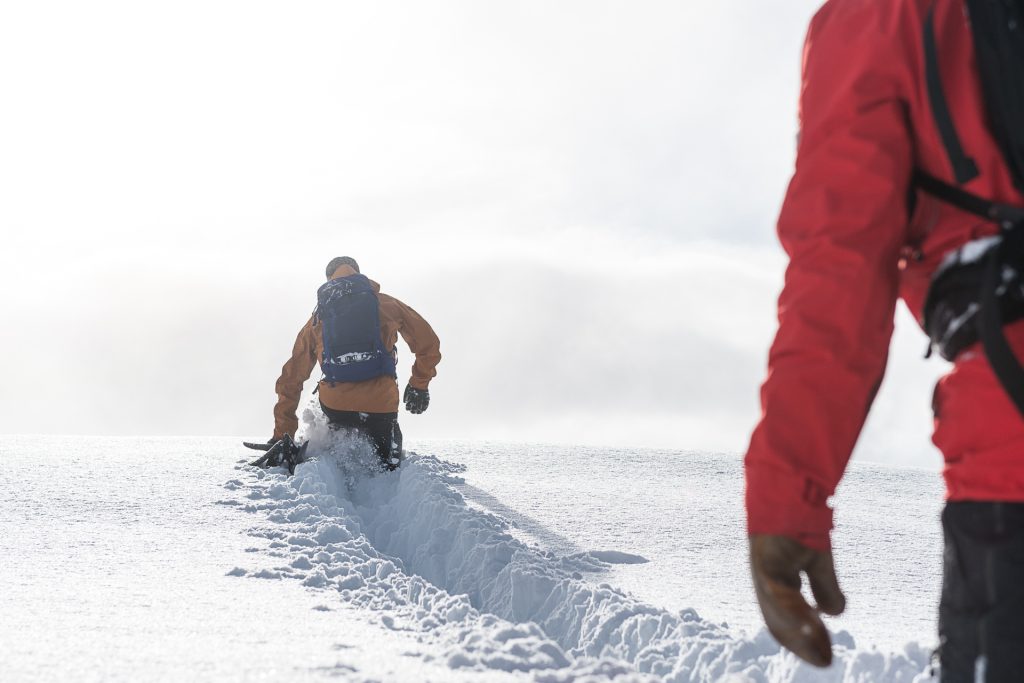 ABOVE Kael Martin and Jerry Mark hike out of bounds from the Mt. Baker Ski Area, WA in search of untracked lines.

It was a typical powder day at Mt Baker, WA, with about a foot of new snow. The line in question, which I was about to ride with a couple friends, is a popular lift-accessed backcountry lap that sees a lot of traffic. It’s mostly playful and rolling terrain, with a few little chutes and airs. But it steepens midway over a convexity. If you miss the traverse, you enter steep and complex environs. There are big cliffs. It slides.

It’s right there within sight of the chair. It looks fun, and it is. But it’s not “sidecountry” or “slackcountry” or any other derivative term. It’s the backcountry—ride at your own risk. And going into the backcountry without knowledge of the terrain, consideration of the snowpack, a partner and requisite avalanche gear and training is plain stupid.

Despite industry and editorial misuse of the term, there’s no such thing as slackcountry. Just because you took a lift to get there doesn’t mean resort-accessed backcountry should be approached any differently from lines accessed under your power. Yet we often justify the decision to ride out of bounds based on familiarity with terrain— “I’ve ridden that line 100 times”—and due to scarcity— “it’s tracked out inbounds but there are fresh turns just under the rope.”

ABOVE Timmy Taussig enjoying stable snow on a clear day at Mt Baker, WA. Timmy has taken multiple AIARE avalanche safety courses, and if you plan on hitting backcountry lines then you should too.

Familiarity and scarcity are just two of a six-pack of well-known biases called “heuristic traps” that are well-documented factors in human-triggered avalanches. Essentially, complacency and powder fever impede the essential decision-making process. And the use of terms like slackcountry and sidecountry can facilitate errant decisions—I’ve heard the line, “it’s just sidecountry” more times than I can count on my own fingers and toes as a confident justification for ducking a boundary line. Chances are you have, too—maybe you’ve employed it from time to time. 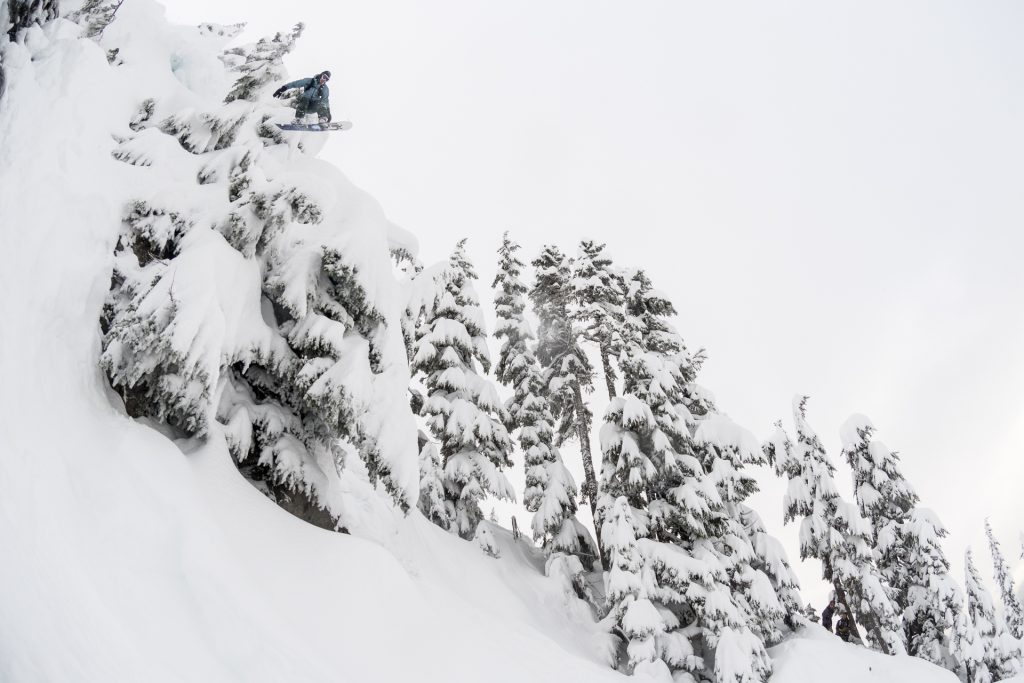 ABOVE Tucker Andrews, Mt. Baker, WA. Fresh landings like these are worth hiking for, but always be sure to regularly check your area’s snow pack, avalanche conditions and weather forecasts before traveling into the backcountry.

Thousands of folks enjoy lift-accessed backcountry terrain on a regular basis. They ride more powder as a result. It’s great. But we need more clarity in our thought process when it comes to resort-adjacent backcountry. Please consider removing the terms “sidecountry” and “slackcountry” from your vocabulary. When you leave the ski area, you are in the backcountry. Period. I’ll see you out there.

This article was originally published in Volume 16, Issue 3 of The Snowboarder’s Journal.