This department originally appeared in print in Issue 19.1.

As an adolescent on the East Coast, there were few feelings more torturous than riding the bus to school in the dark during winter only to sit through another boring day behind a desk. When we were finally released from our teachers’ clutches, dusk was settling in. All the potential and joy a winter day holds, wasted. But on afternoons when we were lucky enough to catch a ride, we made our way to the local hill to snowboard into the night. After dark the runs felt a little more secret, faster. It was our time. There were fewer adults and gone were the ski racers, leaving just us kids to rip around. We did so with gratitude that someone cared enough to keep the lights on and let us play.

In those days I boarded alongside my best friend, Al Burrows. Al’s mom Pam was like a second mother to me. Pam worked at the school we went to, so after the final bells rang, Al and I would eat ice cream from the cafeteria while we waited for her to finish up. Pam also worked some evenings at Labrador Mountain, our local hill that boasted a whopping 700 vertical feet nestled humbly into the farmland of central New York. Pam would drive us and unleash us into the dark and cold and we couldn’t have been happier about it. Al and I were inseparable in those days, and our riding mirrored our friendship. We took turns playing follow the leader, riding as fast as possible on each other’s tails down steep, icy runs, floating backside 180s under the fuzzy glow of floodlights. Visibility wasn’t great, but some of my subsequent memories remain razor sharp.

As Al and I grew older, we met more kids like us. Some were our elders, others our juniors, some from our own school, others from nearby towns. We started making videos heavily influenced by the Robot Food crew and their lighthearted approach to snowboarding. What stands out most is how often we would film follow-cam fisheye, passing the camera to each other with nearly frostbitten fingers throughout the night. We’d bash every pole and post we could, ollie over (and sometimes into) the exposed creeks, chucking carcass on every side hit in sight. It felt like there were fewer rules under the lights, except for our unspoken agreement that we’d be do our best to stick together. 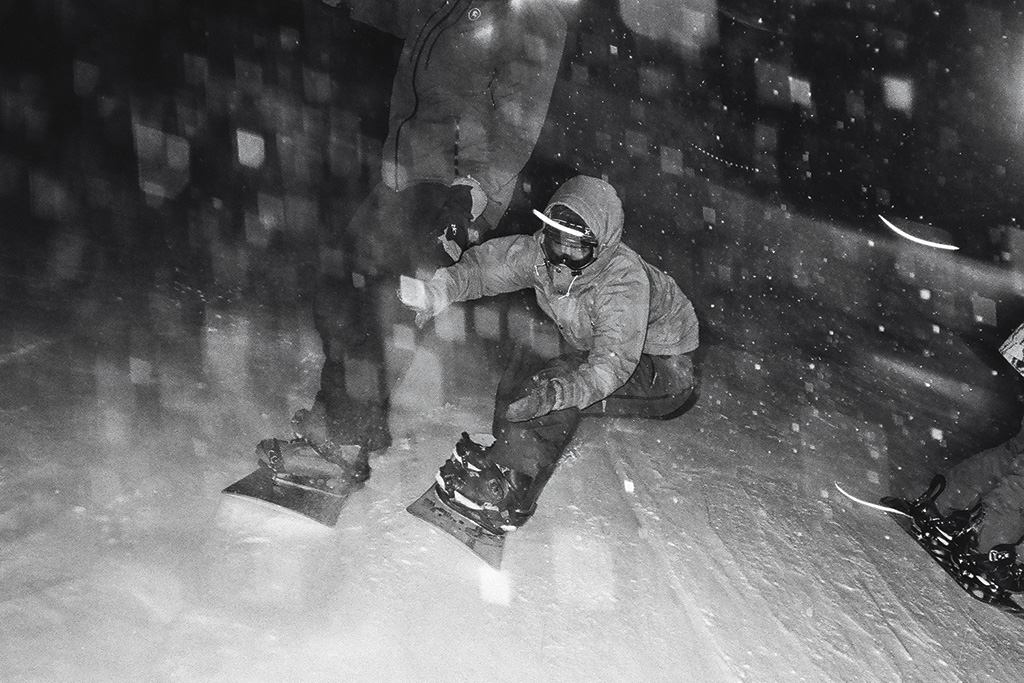 ABOVE John Blume and Taylor Miller alongside Corinne Pasela at Brighton Resort, UT.

Following high school, I moved west to Utah. With more experience, my night moves matured. In 2010, during the days of shooting for Showemus with filmer Sean Lucey and the Animal Farm crew, we started employing headlamps to access terrain beyond the floodlights. Diving into untouched powder, dropping cliffs and slashing through trees with only a thin beam of light illuminating the way added another thrilling layer to an already exciting atmosphere. Everything was even sketchier, quicker and even more fun.

Recently I’ve been fortunate enough to call Brighton Resort my home mountain, and there’s night riding six nights per week. All these years later, barreling down the hill under the night sky still brings about the same excitement I felt from chasing Al down Labrador. It reignites the joy we experienced when the after-school-special crew expanded, and when that sensation was further amplified with Animal Farm. Surrounded by a steady grip of riders eager to rip through Utah’s crisp, cold evenings, you can often find us chasing each other down the hill, catching the same feelings that had us fall in love with it all in the first place.

The nostalgia comes out at night. This is still our time. 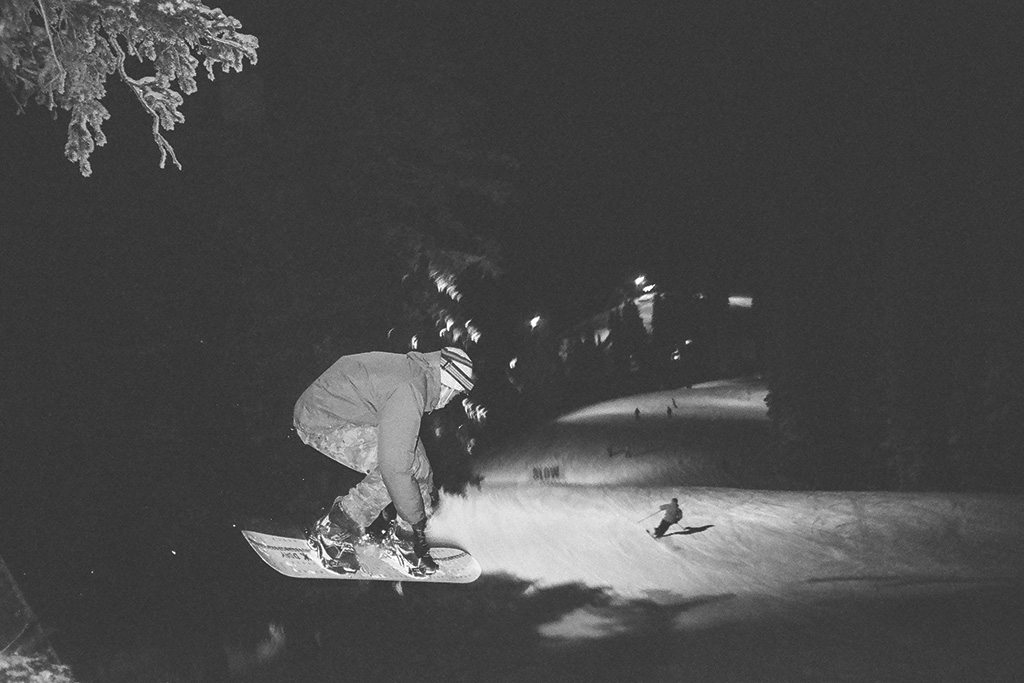