Due to poor circulation in my hands, I’ve never really been a gloves guy. More often than not, I opt for mittens. But after some trips to shoot photos in Idaho and some other scathingly cold locales, I got to thinking it’d be nice to be able to use my fingers without ever fully exposing them to the elements. Recently the opportunity arose to test a pair of the new Oyuki E-Jack GORE-TEX Gloves, so I figured why not give ‘em a go. After using them for a month or so at Mt. Baker, WA, I’ve found the gloves’ balance between dexterity, warmth and waterproofing to be pretty on point. 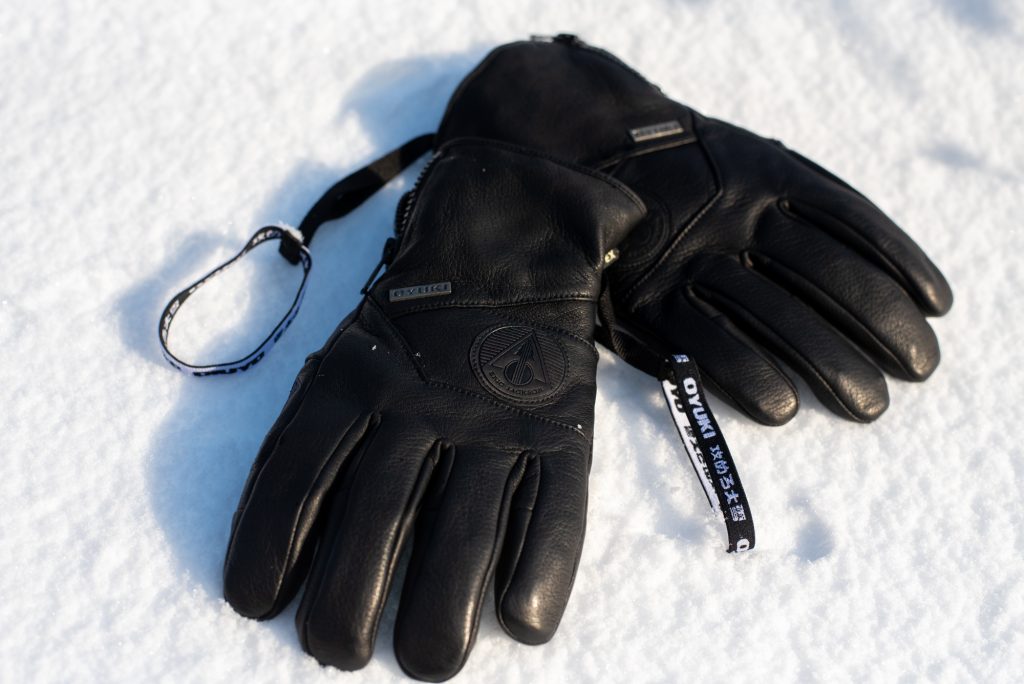 Honestly, I’d expect nothing but top-shelf quality from an Eric Jackson pro model of any sort. The E-Jack Knife from Lib Tech has been a go-to board for me for numerous seasons. Right out of the box, the Oyuki E-Jack GORE-TEX Gloves lived up to expectations. The outer layer is made of a high-quality water-resistant goatskin leather featuring a black-on-black E-Jack insignia on the back. They’re sleek but not too loud—a sophisticated yet humble look. The membrane is GORE-TEX, which really holds its own when it’s harfing wet snow at an inch per hour around 32 degrees Fahrenheit. I even ran the glove under a faucet for a good minute-and-a-half. The water either ran off or beaded up and my hand came out stark dry.

The Oyuki E-Jack Gloves are built with Tricot lining, 133g PrimaLoft Gold insulation for the top of the hand and 80g PrimaLoft Grip in the palm. They’re designed to be a midweight performance glove, meaning they aren’t the thickest, warmest glove you can find, but rather a medium-level warmth while still retaining some dexterity. On the other hand (pun intended), they aren’t quite as dexterous as pipe gloves or other thinner models, but they’ll surely keep you warmer and dryer than those will. Unfortunately, I haven’t had the chance to test these gloves in temps below 20 degrees, but I can say they’ve been serving me well throughout the 24 to 32 degrees range. I’ve been enjoying similar levels of warmth as most of my midweight mitts, along with regained dexterity. Now I can pull zippers, change lenses and operate most functions on my camera without ever taking my gloves off. Score. 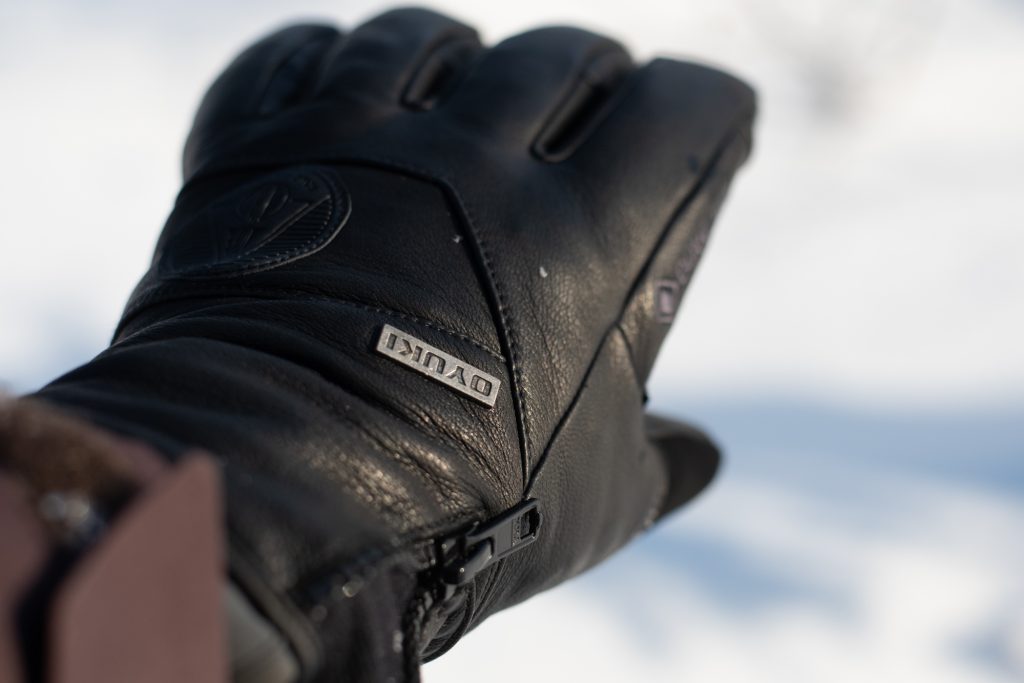 In addition to its high-quality materials and performance, a few of the gloves design features do well to elevate the everyday experience of using them. The pull tab for easy entry is my favorite—no more biting the wrist gauntlet and dragging it onto my hand using my teeth, which I hate having to do when my mittens are wet and difficult to pull back on. Another is the YKK side zipper, which you can undo before putting the glove on for easier entry before zipping it up for a snug fit. The last is Oyuki’s signature wrist loop, which looks cool and sits slightly more comfortably than a lot of other gloves and mittens out there.

ABOVE Photos courtesy of Oyuki.

While I’ll still opt for mittens more often than not, I’m thrilled to have the Oyuki E-Jack GORE-TEX Gloves in my arsenal. They’ll be great for those bitingly cold days when I know I’ll spend hours standing in a storm trying to get a photo. Perhaps the most important added bonus of all: I can now also shoot finger guns to people instead of simply waving or giving a thumbs-up. And, for real, who doesn’t love throwing finger guns?

The Oyuki E-Jack GORE-TEX Mittens retail for $149.95. Visit usa.oyuki.com for all the specs and a link to the dealer.